Declassified spy plane photographs and briefing boards produced by the National Photographic Interpretation Center during 1962 walked U.S. decision makers through the Soviet buildup and the discovery of medium-range ballistic missiles in Cuba, while also missing a few key elements, specifically the tactical nuclear weapons dispersed across the island.

The super-secret NPIC resided in a somewhat decrepit former automobile dealership building in downtown Washington, D.C., but enjoyed all-source access to U.S. intelligence, including signals intercepts. The center also maintained a photographic archive of Soviet military equipment, much of it from parades in Moscow, that enabled NPIC analysts to make highly educated guesses about what weapon system was inside which crate on those Soviet freighters.

NPIC also deployed the latest imaging technology, including the Type 621 Mann Comparator that provided precise measurements for objects and features in the photographs (cited by the National Geospatial-Intelligence Agency in its tribute to the NPIC, one of the NGA’s predecessor entities). 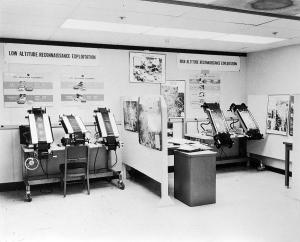 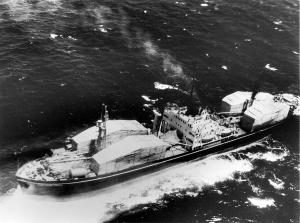 “Crate-ology”: Photographs of crates assessed by NPIC as holding Komar guided-missile patrol boats on their way to Cuba, September 1962. 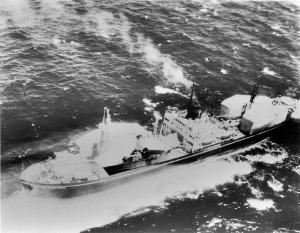 Briefing version of the crate photograph with an image of a Komar boat superimposed. 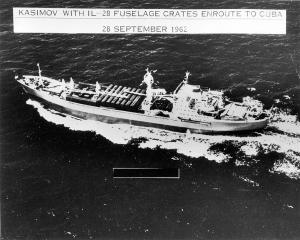 Source: All photos from the Dino Brugioni Collection at the National Security Archive. Brugioni was in charge of applying all-source intelligence to the conclusions of the photo interpreters at NPIC. His own account of the Cuban Missile Crisis, based on a still-classified history of the NPIC, is Eyeball to Eyeball: The Inside Story of the Cuban Missile Crisis (Random House, 1991).