The Diplomacy of Climate Change: U.S. Policy from the Montreal Protocol to the Paris Agreement, 1981-2015

This timely collection is unrivaled in its scope and the quality of its primary sources exploring one of the pivotal issues of our era.  Covering 35 years of key developments and controversy, it details U.S. policymaking from the 1987 Montreal Protocol on protecting the ozone layer to the 1997 Kyoto Protocol and 2015 Paris climate change treaty targeting global warming as a result of greenhouse gas emissions. Records include top-level White House, State Department, Treasury, and EPA documents, CIA analyses, and U.N. reports on the key negotiations.

This collection focuses on a highly active, if checkered, period in the history of the Central Intelligence Agency, during which President Dwight D. Eisenhower authorized numerous clandestine programs around the world. These include Iran 1953 (the infamous coup whose reverberations are still felt today), Tibet 1956-57, and the Congo beginning in 1960. A highlight is Eisenhower’s original decision and plans to mount operations against Castro’s Cuba that led to the Bay of Pigs.  The set thus dovetails neatly with previous DNSA publications covering not only events in Cuba during this timeframe but also in Berlin, Guatemala, and Vietnam.

This up-to-date compilation on the 20-year U.S. war in Afghanistan offers a trove of revealing documents focusing on the Bush-43 and Obama years. Largely the product of decades of Freedom of Information Act requests, it features records from the State Department, CENTCOM, Defense Intelligence Agency, and other agencies that explore the overall experience as well as the problems that bedeviled the American-led occupation. Those include, in particular, reconstruction of the country, U.S.-Afghan diplomatic ties, Pakistan's double-sided games, Taliban-al Qaeda relations, corruption, and narcotics.

Researchers can directly access the documents that shaped responses to issues ranging from the origins of the Cold War to the terrorist attacks on the World Trade Center and the Pentagon, and beyond.

Ask your library to subscribe or request a free trial

Login if you are a subscriber 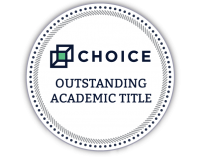 "I am especially grateful for the work of the National Security Archive ... The Archive is a national treasure. Its digital collections proved invaluable to my research.”
Eric Schlosser, author

“Specialists in U.S. national security policy, both scholars and journalists, will find the research collections of the Digital National Security Archive quite valuable.”
Chester J. Pach, Journal of American History

“A magnificent achievement .... It is inconceivable that any serious student of the crisis, the nuclear age, the Kennedy Administration, or U.S.-Soviet relations in the post-war era would begin a study without the benefit of the Archive’s work in the Cuban missile crisis."
James G. Blight, (formerly) Harvard University

“These documents provide unprecedented insight into the making of American foreign policy that only the Pentagon Papers have done before. They are a must for every journalist and academic who seeks to understand the inside story of foreign policy”
Raymond Bonner, former correspondent, The New York Times

Lisa Thompson (MFA, Naropa University, MSLS, The Catholic University of America) supervises the production process, prepares and edits the catalog and indexes, and ensures that the many tasks associated with the publications are successfully completed.