This first item in a file of handwritten notes by Deputy Secretary of Defense Gilpatric covers a White House meeting on October 9, 1962, that approved U-2 reconnaissance flights over Cuba to verify reports that the Soviets were deploying missiles in an "area of concern" in western Cuba. Worried about a possible incident or shootdown by Soviet SA-2 anti-aircraft missiles seen in U-2 photographs from August, Secretary of State Dean Rusk and national security adviser McGeorge Bundy had barred U-2 flights directly over Cuban territory since September 10. 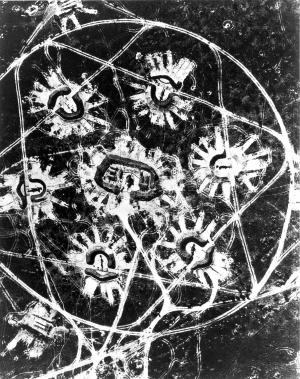 However, reports from Cuban observers of Soviet missiles and indirect and direct pressure from CIA and DIA led to this White House decision to reverse the ban. The White House deferred a program of low-level flights, and plans to use drones and peripheral flights were in the works. The Gilpatric notes mention the “cover story” of an off-course “Caribbean peripheral reconnaissance flight” and the key fact that there was “no indication yet that SA-2 sites have reached operational stage although nearly 2 months since 1st installation.”

Weather conditions over Cuba would delay the first October U-2 flight until October 14, 1962. As Gilpatric writes, the U-2 would spend “only 12 minutes over Cuba at max alt 74,000 ft, coming ‘wrong way’ (south to north).” This is the flight that would take the first U.S. intelligence photographs of Soviet medium-range ballistic missiles in Cuba.

For detailed background on the decision to resume U-2 flights and the broader implications of the September photo gap, see the authoritative book by David Barrett and Max Holland, Blind Over Cuba: The Photo Gap and the Missile Crisis (College Station: 2012). For more revelations from the Gilpatric handwritten notes, and the other “Sensitive Records on Cuba” from Pentagon files, see William Burr, “Cuban Missile Crisis Day by Day: From the Pentagon’s ‘Sensitive Records,” National Security Archive Electronic Briefing Book No. 398, published October 19, 2012.