Anna Melyakova joined the National Security Archive as a Research Associate in June, 2010, having begun her association with the Archive as an intern. She currently works with Svetlana Savranskaya on Russia-related projects. She served as Editorial Assistant on the award-winning Masterpieces of History: The Peaceful End of the Cold War in Europe, (CEU Press, 2010). In addition, she has co-edited or contributed to several National Security Archive Electronic Briefing Books, translated hundreds of Russian-language documents that have appeared in Archive books and Web postings, and helped organize the Nunn-Lugar Revisited conferences in the U.S. and Kazakhstan. Her current projects include translating and preparing the complete diary of Gorbachev's senior adviser Anatoly S. Chernyaev for publication; assisting with the preparation of a volume on summit meetings between the U.S. and the USSR during the Gorbachev years; and ongoing work on the Nunn-Lugar Revisited conference series. Anna has an M.A. in Area Studies from Georgetown University's Center for Eurasian, Russian, and East European Studies, and a B.A. in Comparative Literature. 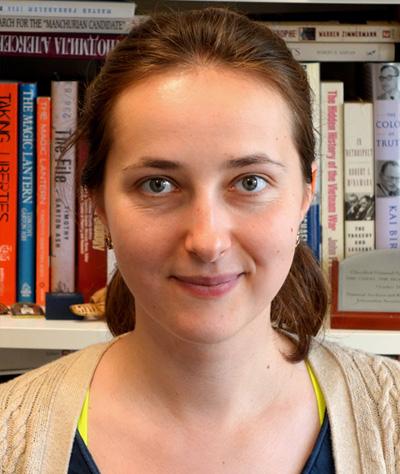