Carlos Osorio is the Archive’s information systems manager, as well as analyst and director of the Southern Cone Documentation Project.  Carlos’s work has helped bring about the release of thousands of documents into the public record and contributed directly to high profile trials and human rights memory projects in Argentina, Paraguay, Italy, and elsewhere.  Most recently, he served as an adviser to the U.S. government’s Argentina Declassification Project, begun under President Obama in 2016 and continued under President Trump, which by 2019 had turned over some 7,500 previously classified records – 47,000 pages – to the government of Argentina.

Documents he obtained and authenticated provided key evidence and multiple convictions in the 2015 and 2016 trials on Operation Condor in Buenos Aires and Rome, respectively; in the 2012 case against former Argentina dictators Videla and Bignone in the infamous baby kidnapping case; and in the landmark trial of former Uruguayan dictator Juan Bordaberry, convicted in 2010 on human rights charges for overthrowing the constitution.  He has also provided authenticated documentary evidence for dozens of current prosecutions in Argentina including the Naval Mechanical School cases and the Operation Condor prosecution.

In 2015, Carlos received a special award from the Argentine Embassy in Washington “for his contribution in the fight for human rights during the Argentine civic-military dictatorship.”

Carlos has published numerous Electronic Briefing Books on human rights abuses and U.S. policy in Argentina and Uruguay, the most recent providing details he uncovered in declassified records on the CIA’s use of the Swiss company Crypto A.G. to spy on foreign governments.  He served as editor of the 2,429-document digital reference collection Argentina 1975-1980: The Making of U.S. Human Rights Policy (published by ProQuest).

Between 2000 and 2002 he was an adviser to the Supreme Court of Paraguay and the Catholic University of Asunción in support of the "Centro de Documentación y Archivo para la Defensa de los Derechos Humanos" (a.k.a. “Archive of Terror") for the Memory, Democracy and Human Rights Project, which catalogued 60,000 documents and microfilmed and digitized some 300,000 documents from the secret police files of Paraguay's former dictator, Alfredo Stroessner. Carlos also worked with the Panama Truth Commission to gather documents on deaths and disappearances in the early 1970's, and with the Inter-American Human Rights Commission to develop a digital archiving proposal for preserving their collection of human rights testimonies.

Previously, Carlos worked on the Archive's Guatemala History and Accountability Project, and directly supported the U.N. Clarification Commission in Guatemala with what coordinator Christian Tomuschat called “invaluable analytical and technical assistance” – including the intelligence biographies of Guatemalan military officers (information considered top secret within Guatemala and otherwise denied to the commission).  Carlos designed, programmed and constructed the Guatemala Military Database for the commission, and created the Archive’s model for digital management of human rights evidence.

Before emigrating to Canada and then to the U.S., he studied civil engineering at the University of Chile, and is currently overseeing the Archive’s Information Technology operations, including the organization’s IT relationship with Gelman Library and GWU having most recently guided the migration of the Archive’s databases to virtual servers hosted by the George Washington University. 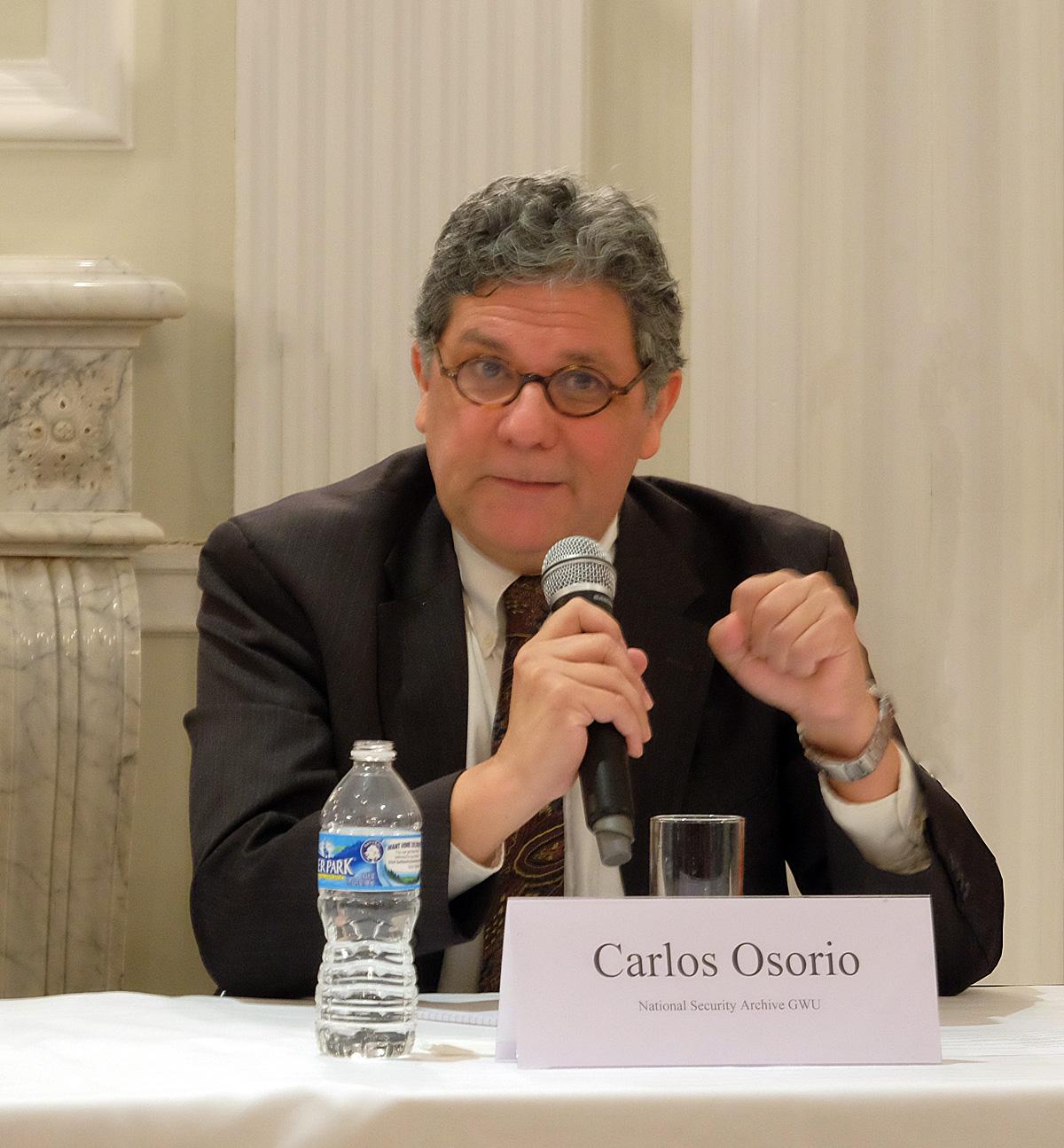