Dr. Mary Elizabeth Curry, Fellow, served as Public Service Coordinator and Research Associate at the Archive for 17 years, from 2004-2021.  Among other responsibilities in that role, she assisted researchers, students, and scholars who come from around the world to use the Archive's collections. She also undertook FOIA projects including requesting documents on the 1961 death of Dag Hammarskjold, and human rights issues in Burma / Myanmar after 1988, and she contributed to the Archive's blog, Unredacted.  Business history and biography are long-time special interests. Her book Creating an American Institution: The Merchandising Genius of J.C. Penney, was published by Garland, Inc. (New York & London) in 1993 and 1997; she plans a new book about the company's most successful executives. Her articles on business and biographical subjects have appeared in The Encyclopedia of New York City (1995), The Encyclopedia of World Biography (1985-1990) and The American National Biography (1999). She received a B.A. in History from Le Moyne College, Syracuse, NY; and M.A. and Ph.D. degrees in History from The American University, Washington, D.C. 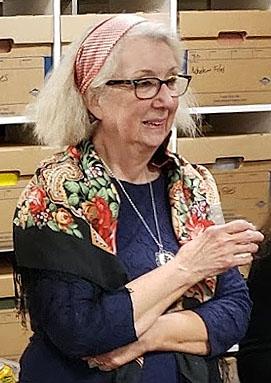