Dr. Svetlana Savranskaya is a Senior Analyst at the Archive and since 2001 the director of the Archive’s Russia programs. She leads the Cooperative Threat Reduction Program of the Archive, focusing on the Nunn-Lugar initiative and the ongoing challenges of U.S.-Russia cooperation, and manages the Archive’s relationships with Russian academics and organizations. She served as lead organizer for the historic 2013 Nunn-Lugar conference at Musgrove, and the 2015 Kazakhstan Nunn-Lugar conference in Astana and Kurchatov. Previously, she organized and led six summer schools in Russia, the successful Archive partnerships with Kuban State University, Tbilisi State University, the Gorbachev Foundation, Memorial, the Moscow Helsinki Group, and organizations in the Caucasus culminating in the series of four major international conferences on access to information in the former Soviet space.

She won the Link-Kuehl Prize in 2011 from the Society for Historians of American Foreign Relations, for the best documentary publication over the previous two years, for her book (with Thomas Blanton and Vladislav Zubok) "Masterpieces of History": The Peaceful End of the Cold War in Europe 1989 (Budapest/New York: Central European University Press, 2010, 730 pp.). Her most recent book, with the late Sergo Mikoyan, is The Soviet Cuban Missile Crisis: Castro, Mikoyan, Kennedy, Khrushchev, and the Missiles of November (Washington D.C.: Woodrow Wilson Center Press/Stanford University Press, 2012, 589 pp.). She also serves as an adjunct professor teaching U.S.-Russian relations and Russian politics at the American University School of International Service in Washington D.C. (since 2001).

Her articles have appeared in the Journal of Strategic Studies and the Cold War International History Project Bulletin, and she has authored book chapters for the World Political Forum, the Cambridge History of the Cold War, and other volumes. Her online publications include major documentary postings on the Reagan-Gorbachev-Bush summits, on the Moscow Helsinki Group, on Charter 77 in Czechoslovakia, on the Soviet war in Afghanistan, and on the Soviet-era leader of glasnost, Alexander Yakovlev. She is currently completing a groundbreaking new volume, with Thomas Blanton, The Last Superpower Summits: Gorbachev, Reagan and Bush (Budapest/New York: Central European University Press, 2016). 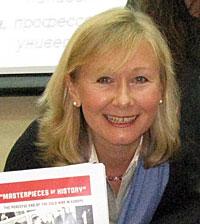 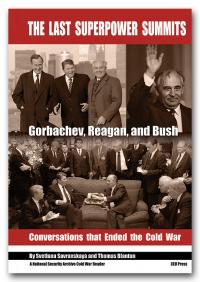 The Last Superpower Summits: Reagan, Gorbachev and Bush at the End of the Cold War
Dec 15, 2016 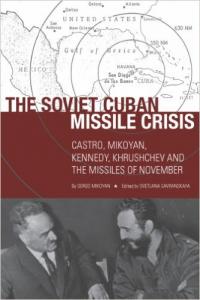 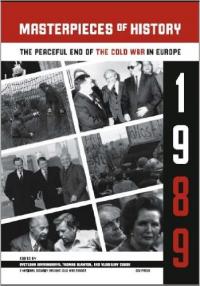