Kate Doyle is a Senior Analyst of U.S. policy in Latin America at the National Security Archive. She directs several major research projects, including the Guatemala Project, which collects declassified U.S. and Guatemalan government documents on the countries' shared history from 1954, and the Evidence Project, connecting the right to truth and access to information with human rights and justice struggles in Latin America.

Since 1992, Doyle has worked with Latin American human rights groups, truth commissions, prosecutors and judges to obtain government files from secret archives that shed light on state violence. She has testified as an expert witness in numerous human rights legal proceedings, including the 2008 trial of former President Alberto Fujimori of Peru for his role in overseeing military death squads; the case before the Spanish National Court on the 1989 assassination of the Jesuit priests in El Salvador; and the 2010 trial of two former policemen in Guatemala for the forced disappearance of labor leader Edgar Fernando García in 1984.

Doyle edited and published two of the National Security Archive's major document collections: Death Squads, Guerrilla War, Covert Operations, and Genocide: Guatemala and the United States, 1954-1999 and El Salvador: War, Peace and Human Rights 1980-1994; together, the collections contain more than 5,000 declassified records for use by scholars, journalists and researchers. She has written dozens of reports, book chapters, articles, and blogs in Spanish-language and U.S. media. Recently her work was featured in the award-winning documentary Granito: How to Nail a Dictator, by Pamela Yates and Paco de Onís, which narrates her role in the collective effort to indict former Guatemalan dictator Efraín Ríos Montt for genocide and crimes against humanity. In 2012, Doyle was awarded the ALBA/Puffin Foundation prize for Human Rights Activism, which she shared with Fredy Peccerelli of the Forensic Anthropology Foundation of Guatemala.

Doyle has an MA in International Affairs from Columbia University. She lives in New York City with her husband, Tim Weiner, and their two daughters.

Justice, Finally, for a War Crime in El Salvador
The Nation
Sep 24, 2020
Why Guatemala’s Anti-Corruption Commission Faces a New Wave of Efforts to Derail It
World Politics Review
May 23, 2018
A Wretched Record of Military Cooperation
The New York Times
Sep 15, 2016
Guatemala's Genocide on Trial
The Nation
May 22, 2013 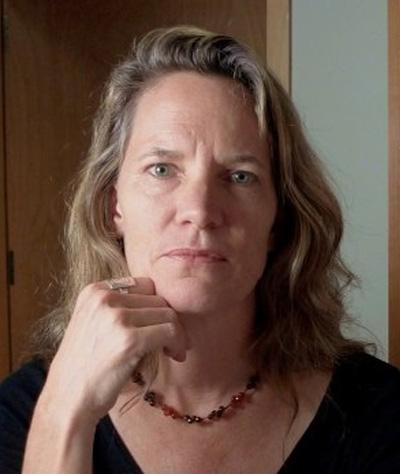