Nate was one of the organization’s chief public spokespersons on access to information.  A two-term member of the Federal FOIA Advisory Committee and board member of the American Society of Access Professionals, he also served as the Archive's FOIA counselor to the international public.  He testified before Congress, was a frequent panelist at conferences, public speaker, and regular interview subject in broadcast and print media. He was an editor-at-large for Newsweek’s 99-page Special Edition, “Declassified: Exposing the Secrets,” in December 2015.

Nate was also chief editor of the Archive's widely-quoted blog, Unredacted, where he wrote about newly declassified documents and FOIA policy. He co-authored the Archive's past eight government-wide FOIA Audits, including, most recently, “Three out of Five Federal Agencies Flout New FOIA Law.”

In addition to his work on FOIA, Nate became a recognized international expert on the 1983 Able Archer nuclear war scare while at the Archive. Among other Archive web publications, he produced The Able Archer 83 Sourcebook, a comprehensive declassified document collection. In 2015, his FOIA request broke loose the long-sought, authoritative President’s Foreign Intelligence Advisory Board 1990 Top Secret report on the crisis. In 2016, he published to critical praise Able Archer 83:The Secret History of the NATO Exercise That Almost Triggered Nuclear War (The New Press, 331 pages), which examines the intersection of Cold War animosity, nuclear miscalculation, and government secrecy. Other writings have appeared in Bulletin of the Atomic Scientists, Foreign Policy Online, Slate, and elsewhere.

In 2012, Nate spent two months in St. Petersburg, Russia, consulting with the Freedom of Information Foundation on Russia’s implementation of its Open Government Partnership commitments. In 2015, he was selected as a participant in the Woodrow Wilson Center’s Nuclear Boot Camp in Rome, Italy. In 2017, he was a Nuclear History Research Fellow at the Odessa Center for Nonproliferation, Ukraine.

Nate earned his BA in History and Russian Language from Lewis and Clark College and his MA in Cold War History from The George Washington University, where he used FOIA to write his thesis on Able Archer.

Mad Libs, but for democracy: the timeless intrigue of redactions
The Washington Post
Apr 11, 2019
How to ensure we have a more open, accountable government
Washington Post
Mar 13, 2019
Former Defense Secretary Rumsfeld Thought War On Terror Would Be Easily Won
NPR
Jan 30, 2018
The Week the World Almost Ended
Slate
Apr 13, 2017
National Declassification Center Not Yet "Releasing All It Can"
The Federalist
Sep 1, 2015
Vladimir Channels the Gipper
Foreign Policy
Mar 27, 2014
Countdown to declassification: Finding answers to a 1983 nuclear war scare
Bulletin of Atomic Scientists
Nov 1, 2013 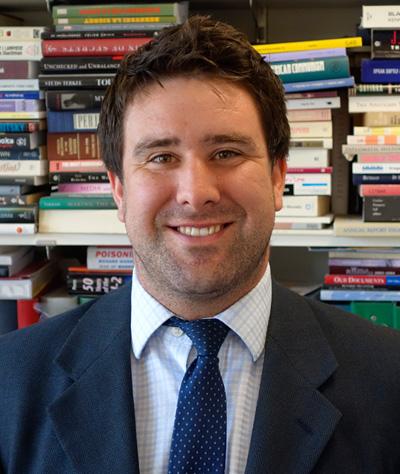 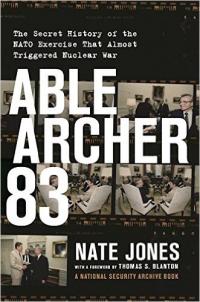