Sherry Jones passed away on February 14, 2022, after many years as a Senior Fellow at the Archive.  A tribute to her and her career appears HERE.

Sherry Jones is an award-winning producer with dozens of television documentaries to her credit. Based in Washington, D.C. she heads Washington Media Associates, an independent production company.

In addition to a 28-year collaboration with Bill Moyers, she has produced more than 20 films for the PBS documentary series, FRONTLINE. She has also produced dozens of other programs for PBS - including the Emmy-winning “Watergate Plus 30: Shadow of History;” six documentaries based in the former Soviet Union - including the award-winning FRONTLINE special, "Return of the Czar;” and three specials for ABC News, including “Peter Jennings Reporting: The Missiles of October,” the story of the Cuban missile crisis from the points of view of all three countries involved; "Hiroshima: Why the Bomb Was Dropped,” broadcast on the 50th anniversary of Hiroshima; and, in June 2004, “Peter Jennings Reporting: Guantanamo.” That film, which was broadcast on the eve of the historic Supreme Court decision in Rasul v. Bush, was the first long-form television investigation into the Bush Administration’s detention and interrogation policies. Since then, Jones has stayed on the story.

In September 2004, she produced "9/11: For the Record,” a NOW with Bill Moyers special. Newsday named it one of the “Ten Best TV Programs of 2004,” commenting, “Of all the programs marking the anniversary of the attacks, ‘9/11: For the Record’ is the must see – a sobering, heartbreaking hour.” Jones also produced “Dead Wrong: Inside an Intelligence Meltdown,” an examination of pre-Iraqi War intelligence - which first aired in August 2005, as a special edition of CNN Presents.

Prior to Torturing Democracy, her most recent production was “Moyers on America: Capitol Crimes,” a 90-minute expose of the Jack Abramoff/Tom Delay scandals, broadcast in October 2006, on PBS. The Rocky Mountain News wrote that the program “plays out like a best-selling novel dealing with the seamy side of politics.” “The Moyers program on Jack Abramoff last night,” a viewer wrote to the PBS ombudsman, “was the best piece of television journalism I’ve seen in years.”

Sherry has been honored as a "Woman of Vision" by Women in Film and Video. She holds a Masters degree in Journalism from Northwestern University and is a member of the Medill School of Journalism's Hall of Fame. 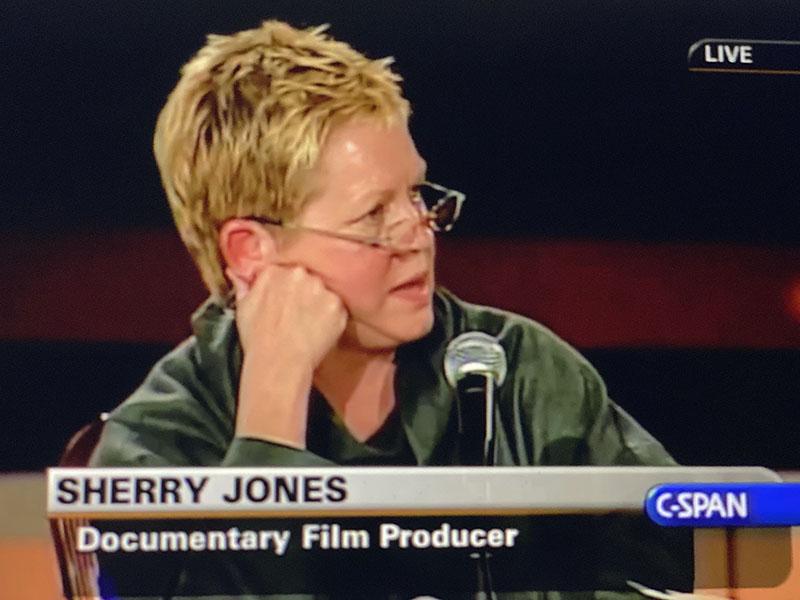