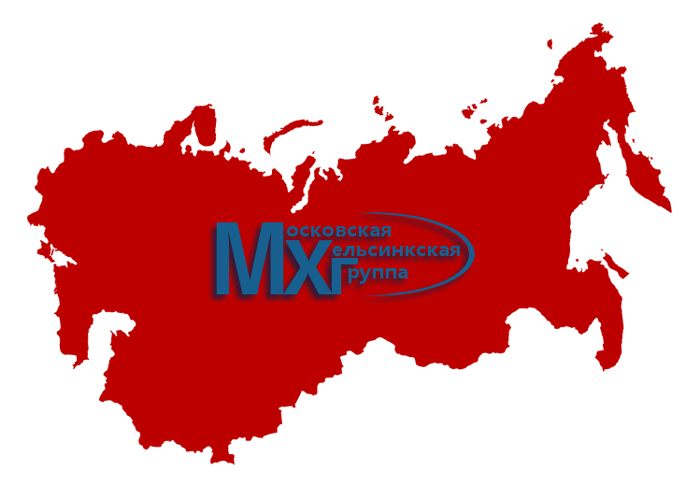 Edited by Svetlana Savranskaya and Tom Blanton
Web production by Rinat Bikineyev
For more information, call or email: 202.994.7000 or nsarchiv@gwu.edu 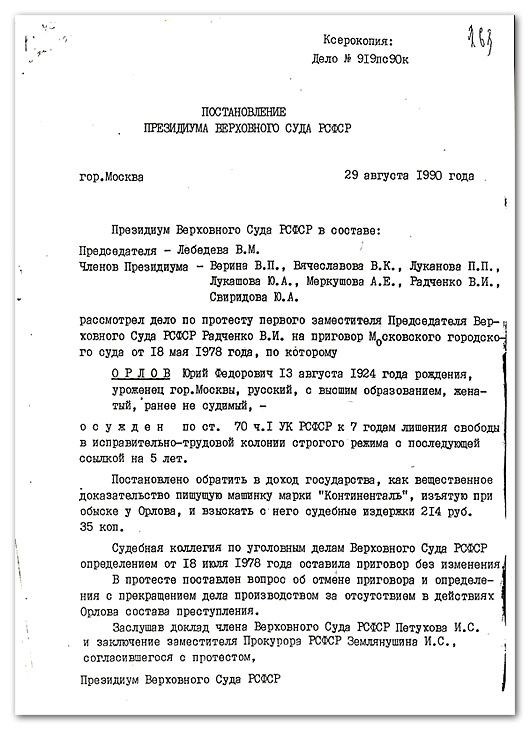 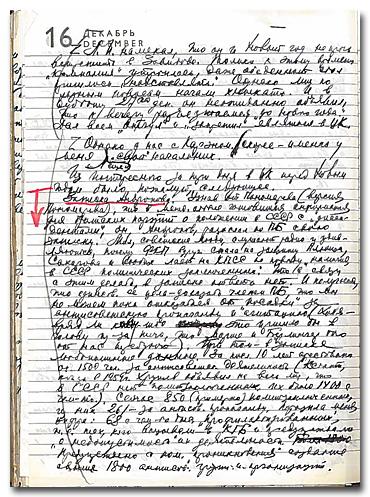 Washington D.C., May 12, 2016 – The legendary Moscow Helsinki Group celebrates its 40th anniversary today, marking four decades since the day in 1976 when dissident physicist Yuri Orlov gathered a small group of activists in the apartment of academician Andrei Sakharov to establish what is now the oldest functioning human rights organization in Russia. The Moscow Helsinki Group became the inspiration for a wave of human rights activism throughout the Soviet Union and its empire, and despite repression in the Soviet years and severe pressure against civil society in today’s Russia, the Group continues its leadership role in monitoring individual cases of abuses by the authorities and advocating for universal rights.

To honor the anniversary, the National Security Archive today is publishing a series of Soviet-era Russian and American documents including for the first time in English the Soviet court’s fascinating reversal in 1990 of Yuri Orlov’s 1978 prison sentence for his dissident activities and writings. The original prosecution, under Article 70 of the Soviet criminal code which banned anti-Soviet agitation, had found that Orlov’s protest letters about human rights abuses were “slanderous fabrications defaming the Soviet government and social structure in order to undermine and weaken the Soviet state.”

But in 1990, during the glasnost and perestroika period led by Soviet general secretary Mikhail Gorbachev, the Supreme Court of the Russian Soviet Republic annulled the 1978 verdict, finding that Orlov’s letters and activities “cannot be counted as anti-Soviet agitation” since “[t]hey express criticism addressed to particular state agencies and leaders… regarding the noncompliance with specific points of international agreements on human rights….” The court found that the previous verdict did not take “into account that criticism of the shortcomings existing in the country in the political, economic, cultural, and other spheres of public life does not constitute a crime….”

This vindication came years after the Soviet government under Gorbachev had pulled Orlov from internal exile (after 7 years in the labor camps) and sent him to the United States in 1986 as part of the resolution of a spy scandal and the preparations for the Reykjavik summit between Gorbachev and President Reagan. Today’s posting includes the brief summary of Orlov’s case prepared for Reagan’s national security adviser John Poindexter during those 1986 negotiations. Orlov, now 91 years old, is Professor of Physics and Government at Cornell University in Ithaca, New York (see the Archive’s previous publication of “The Orlov File,” including dozens of documents on his history as a dissident and as a distinguished physicist, and the video of his meeting with Reagan at the White House in 1986). 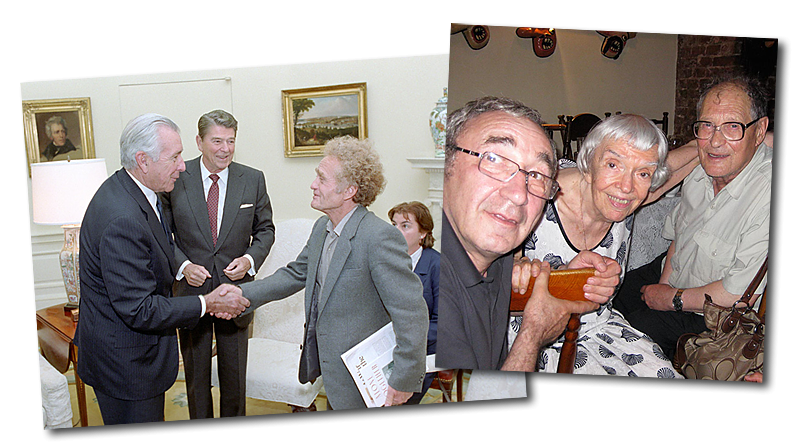 Leading the celebrations today in Moscow is the co-founder and president of the Moscow Helsinki Group, Lyudmila Alexeyeva, whose authoritative book Soviet Dissent (Wesleyan University Press, 1984) tells the story of the Group’s origins and the wide range of other human rights activism from which the Group sprang. (See “The Alexeyeva File,” published by the Archive on the occasion of her 85th birthday.)

Also in today’s posting is the extraordinary KGB assessment of human rights dissent at the time of the Moscow Helsinki Group’s founding. KGB chief Yuri Andropov presented this briefing to the Soviet Council of Ministers and to the Politburo in December 1975, giving precise numbers of political prisoners including those jailed for Article 70 “anti-Soviet agitation” and those against whom “prophylactic measures” had been taken.

Central Committee staffer Anatoly Chernyaev heard about the Andropov presentation and wrote in his diary his astonishment at the numbers and at the deceptions by the Soviet state going back to Khrushchev’s time. Chernyaev went on to become Gorbachev’s foreign policy adviser and leader of “new thinking” among officials, and subsequently donated his diary of the years 1972 through 1991 to the Archive.

The posting also includes the now-declassified CIA assessment of Soviet repression of human righters as of 1985, prepared for White House staffer Jack Matlock as the Reagan administration reached out to new Soviet leader Gorbachev.

Resolution of the Presidium of the RSFSR Supreme Court, August 29, 1990
Source

This resolution of the Presidium of the RSFSR Supreme Court reverses the ruling of the Moscow City Court and the subsequent ruling on appeal of its own Collegium on criminal cases of May and July 1978, which convicted Yuri Orlov under Article 70 of the RSFSR Criminal Code for anti-Soviet agitation and propaganda and sentenced him to 7 years of labor camps followed by 5 years of exile. The document goes through the incriminating evidence cited in the original Court decisions and finds that Orlov's actions do not constitute a crime under Article 70 because there was no criminal intent on his part to "undermine or weaken the Soviet state."

Yuri Andropov, Chairman of the KGB, Memorandum to the Politburo, December 29, 1975.
Source

Yuri Andropov gives the Politburo an alarming report on dissent in the USSR in connection with criticisms of Soviet human rights abuses by the French and Italian Communist parties. The main thrust of Andropov' report is how to keep the internal opposition in check in the aftermath of the signing of the Helsinki agreement and the following increase of international pressure on the USSR. He gives the number of political prisoners as 860; the number of people who received "prophylactic treatment" in 1971-74 as 63,108; and states that there are many more "hostile elements" in the country, and that "these people number in the hundreds of thousands." Andropov concludes that the authorities will have to continue to jail dissidents notwithstanding the foreign attention. This document sets the stage and provides a good preview of what would happen after the Moscow Helsinki Group (MHG) was founded in May 1976.

In this diary entry, Chernyaev comments on Andropov's memo to the Politburo about dissent in the USSR. The purpose of this report, according to Chernyaev, was to justify to the Central Committee the continuous KGB policy of jailing dissidents notwithstanding protests from Western countries, including European communist parties.

KGB Memorandum to the CC CPSU, "About the Hostile Actions of the So-called Group for Assistance in the Implementation of the Helsinki Agreements in the USSR," November 15, 1976.
Source

The KGB informs the Politburo for the first time about the activities of the MHG six months after its founding. The report gives a brief history of the human rights movement in the USSR as seen from the KGB. Andropov names each founding member of the group and charges it with efforts to place in doubt Soviet sincerity in implementing the Helsinki Accords. The document also alleges MHG efforts to receive official recognition from the United States and reports on its connections with the American embassy.

Memo from Andropov to CC CPSU, "About Measures to End the Hostile Activity of Members of the So-called Group for Assistance in the Implementation of the Helsinki Agreements in the USSR," January 5, 1977.
Source

After the initial period of monitoring, which did not include applying harsh measures, the KGB started to get serious about terminating the activities of the Moscow Helsinki Group. This report charges that the group is capable of inflicting serious damage to Soviet interests, that in recent months the group's members have stepped up their subversive activities, especially through the dissemination of samizdat documents (and particularly the MHG reports), undermining Soviet claims to be implementing the Helsinki Final Act. The Procuracy would later develop criminal charges designed to put an end to these activities.

This advance copy of the CIA assessment was sent to Jack Matlock, at the time the senior Soviet expert on the National Security Council. The report traces the history of Soviet dissent and repression in the previous 10 years, focusing on the activities of the Moscow Helsinki Group and nationalist groups. It notes the KGB's renewed effort under Andropov to silence dissent by inventing new, more sophisticated forms of repression and encouraging emigration. The report concludes that "by these and other measures open human rights activity and nationalist dissent have been effectively repressed."

This short background memo on Yuri Orlov describes his conviction and the current conditions of his exile, including his deteriorating health.

This account of the founding and the history of the Moscow Helsinki Group comes from a most authoritative source. Lyudmila Alexeyeva included it in her seminal analysis of dissent in the USSR. The chapter shows how the Moscow Helsinki Group became the model and connective tissue for all other human rights groups in the Soviet Union. At the time of writing, she had been forced into exile in the United States.

"The Moscow Helsinki Group 30th Anniversary: From the Secret Files"
posted May 12, 2006