As first human rights officer at the U.S. Embassy in Buenos Aires, he pushed Carter administration to pressure the dictatorship to stop the atrocities

For Tex Harris, the man who did the right thing
Buenos Aires Times
29-Feb-20

Washington, D.C., March 10, 2020 - Franklin Allen “Tex” Harris , the former political officer who took charge of reporting on human rights at the U.S. Embassy in Argentina between 1977 and 1979 and was the first official to document the disappearance of thousands of Argentine citizens during the military dictatorship, passed away on February 23, 2020. He was 81 years old.

At the height of the military’s repression following the March 1976 coup, Harris assumed the role of the U.S. embassy’s human rights official, systematically recording names, dates and the nature of the atrocities that cost the lives of thousands of victims.  He used the detailed information he accumulated on both the victims and the perpetrators of human rights crimes to convince his superiors at the embassy, and in the State Department to step up pressure on the junta to curtail their ongoing human rights violations.

“I have had three goals--to know what is going on, to be responsive; and to report accurately,” as Harris described his unique role as the first human rights desk officer. “The content and timing of the Embassy human rights reports are of immediate policy consequence. Therefore, my reporting has been forged with hammer and anvil,” he wrote in an “Officer Evaluation Report” posted today by the National Security Archive, along with other declassified records generated by Harris during his tenure in Argentina.

Indeed, during his service in Buenos Aires, Harris left a legacy of defending human rights, and holding human rights violators accountable for their actions. Among the tireless efforts for which Harris will be remembered:

“Tex’s work was the equivalent of a first truth commission in Argentina,” notes Carlos Osorio, who directs the Southern Cone Documentation Project at the Archive, and worked closely with Harris to push for the declassification of documents on the “dirty war” waged by the military regime. Osorio described Harris as “a hero in the cause of human rights. He was a great supporter of declassification to document human rights trials and investigations in Argentina and the region.”

“We met him right after he served as  advisor to the Department of State Argentina Declassification Project that released 4,700 records in 2002,” Osorio recalls. “Over the years he worked with us to guide the National Security Archive’s Southern Cone Documentation Project with analysis on the declassified records and with ideas to file FOIA requests based on his readings of gaps in the information released.”

In 2015, Harris collaborated with the Archive to assist the Argentine government in drafting a request for U.S. intelligence records related to human rights violations during the military dictatorship. Four years later, at the formal declassification ceremony of more than 7000 detailed documents, Osorio recognized Harris’s pioneering contribution to the cause of justice and accountability for human rights violations in Argentina.

In his own evaluation of his duties as the first institutional advocate of human rights at the U.S. Embassy in Buenos Aires, Harris noted the resistance to such advocacy--not only from the Argentine military regime but also within a U.S. national security bureaucracy that had yet to accept human rights as a leading priority of U.S. foreign policy. “This job is the most difficult and most challenging I have held,” he reported.  “It is a key position within an Embassy which has grave reservations about the implementation of the human rights policy that has become a central focus of our bilateral relations here.”

Despite what he characterized as “daily clashes” over addressing human rights violations in Argentina, Harris proudly noted that “the Country Team listed as a major achievement for last year that the Embassy has become a ‘beacon of hope’ of human rights in Argentina; and, for the guy who puts the oil in the beacon, that is progress.”

The National Security Archive mourns the passing of our friend and partner, Tex Harris, and celebrates his life and achievements. We express our condolences and our heartfelt appreciation to his wife, Jeanie Roeder Harris, and family. 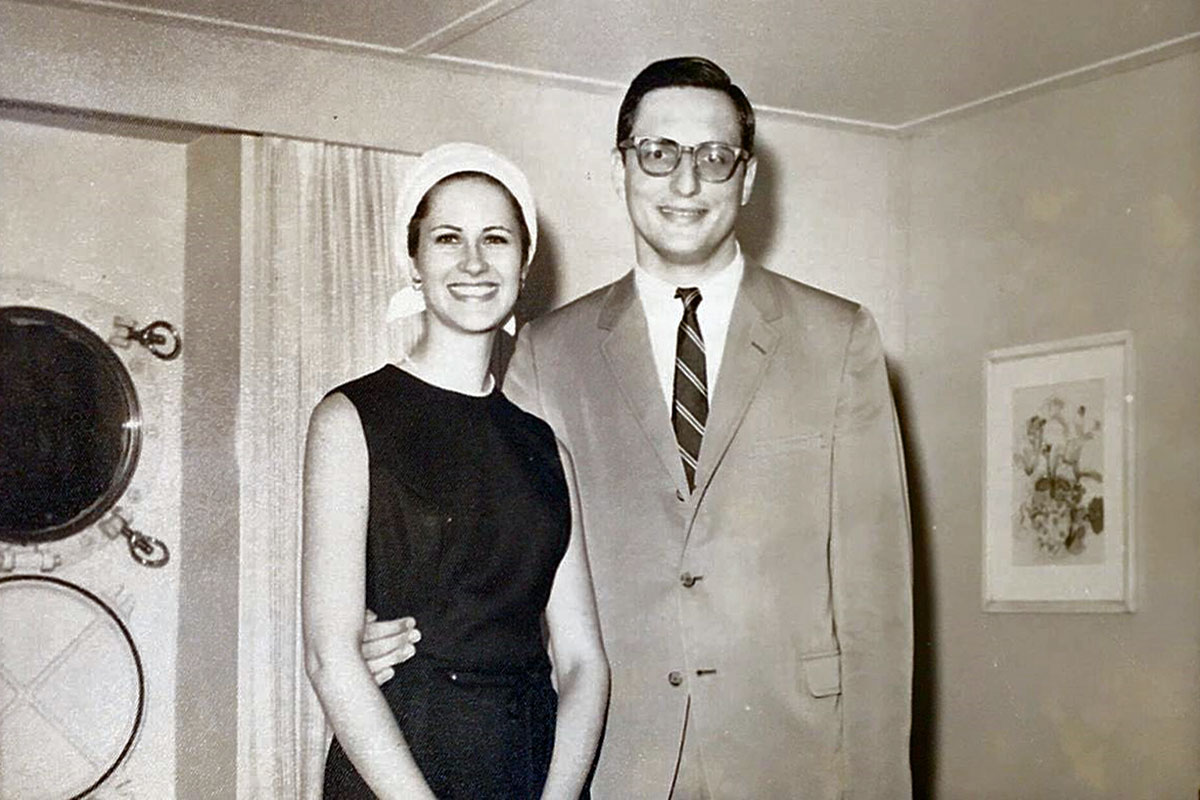 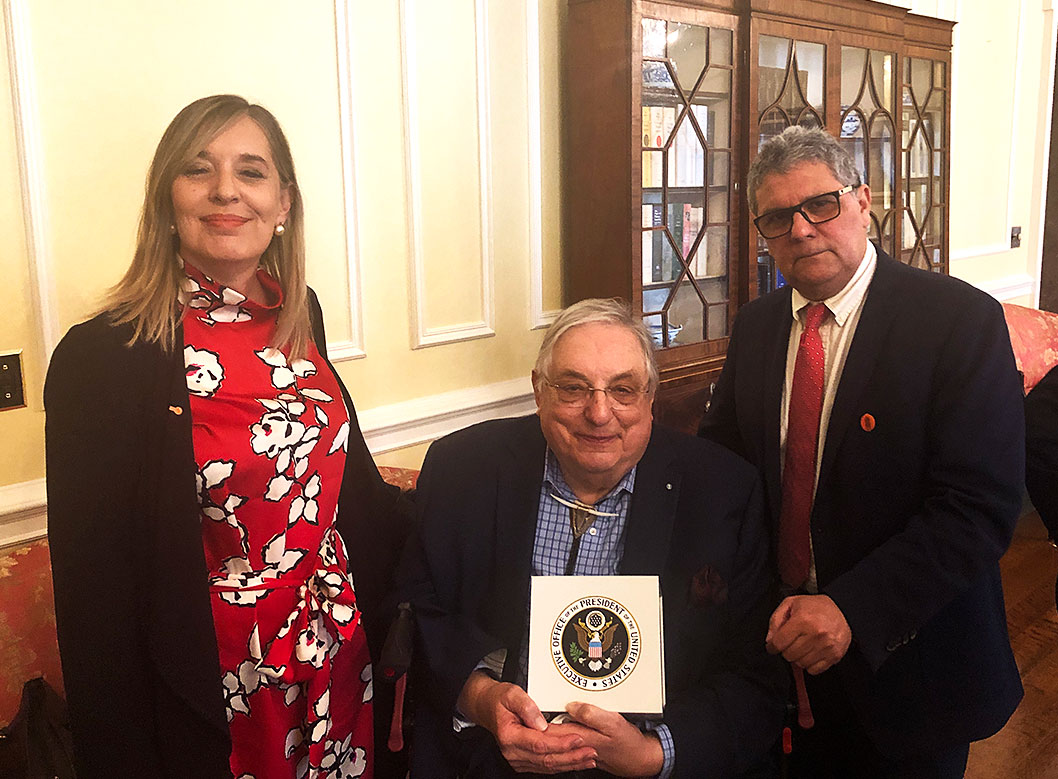 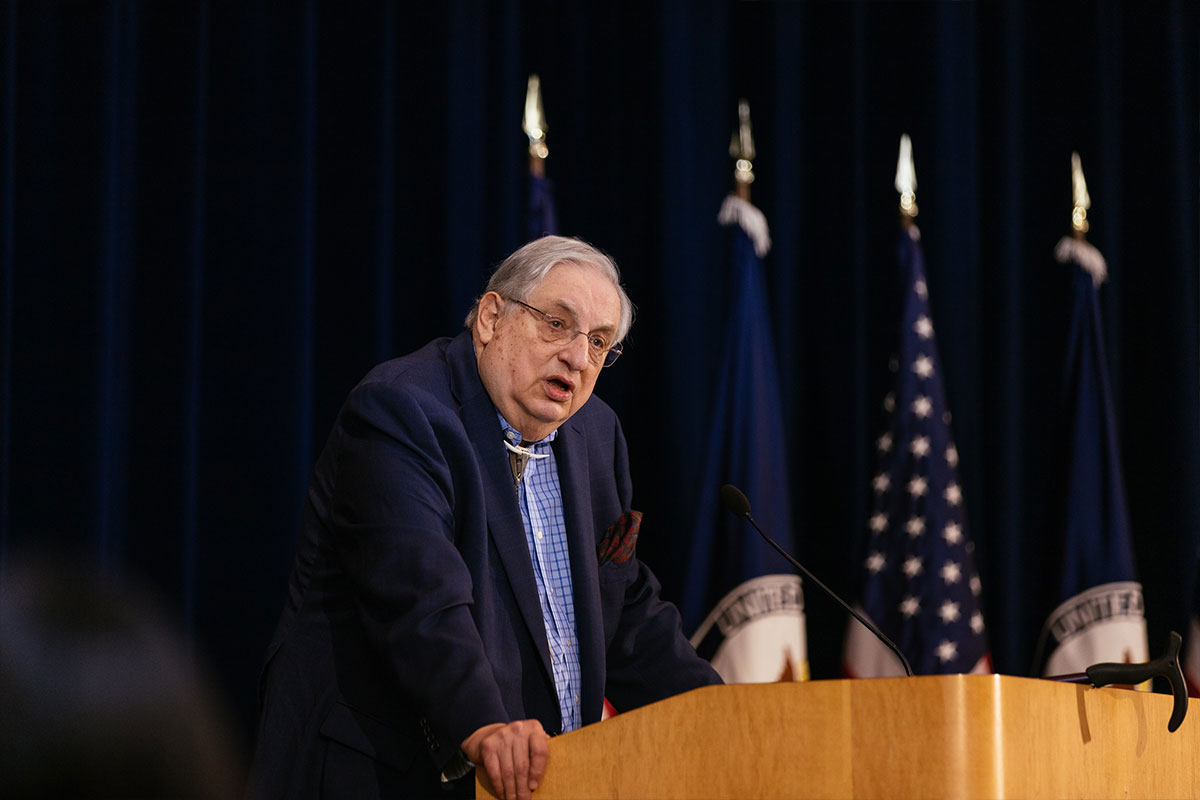 This and photo at top of posting — Tex Harris at the AFSA Awards Ceremony at the State Department Oct. 16, 2019. (AFSA / Joaquin Sosa) 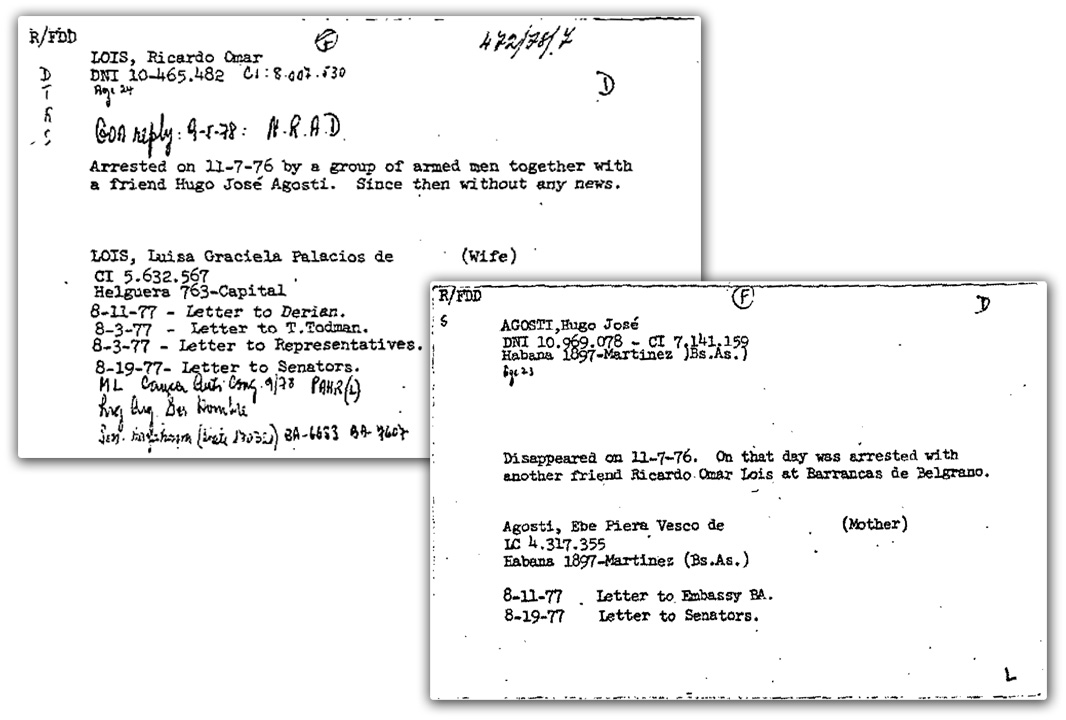 Among the more than 9,000 index cards of disappeared people recorded by Harris are those of Ricardo Omar Lois and his friend, Hugo Jose Agosti (click image to enlarge). On Ricardo Omar’s card, the source of information is his wife, Graciela Palacio de Lois. In a Buenos Aires Times article headlined "Tex Harris saved me from being kidnapped," she credited the former diplomat with protecting her from the junta.