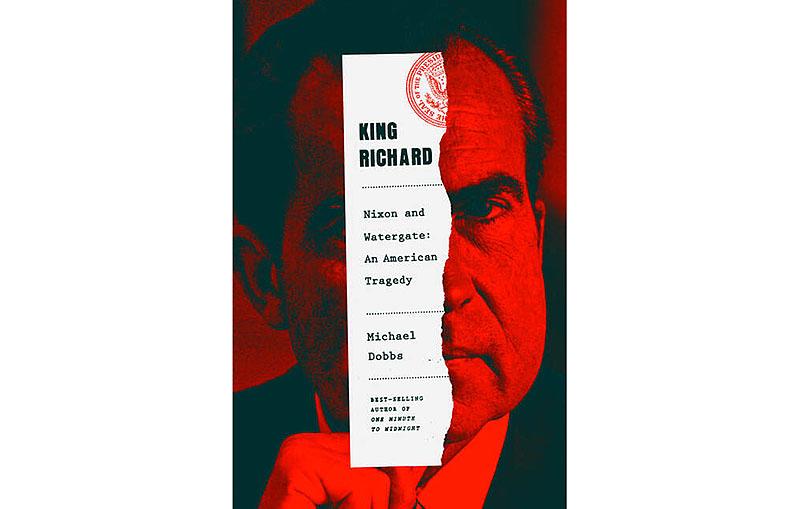 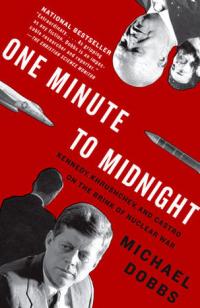 One Minute to Midnight
By Michael Dobbs 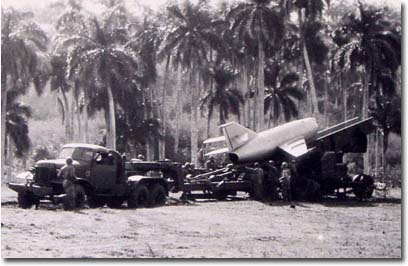 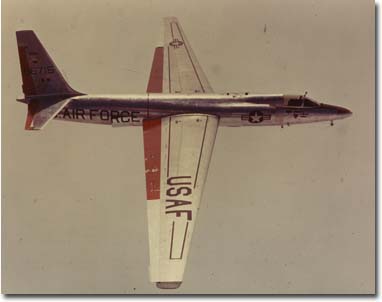 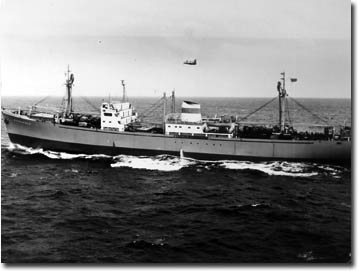 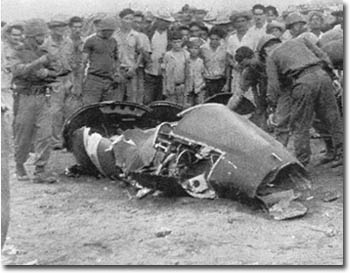 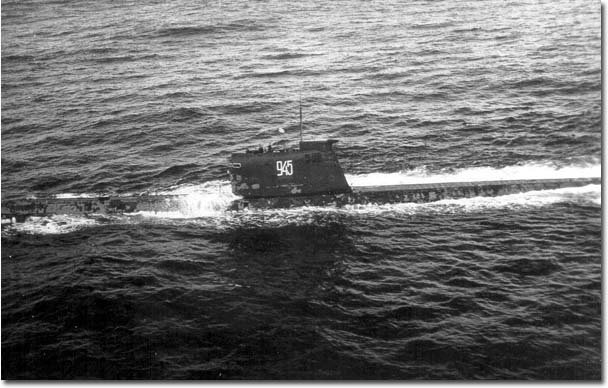 Washington, D.C., May 27, 2021 – Nixon and Watergate represent one of those inexhaustible subjects about which there is always something new to be reported or written. For his new book, King Richard: An American Tragedy, former Washington Post reporter Michael Dobbs scoured the archives for items that deepen our understanding of America's iconic political crisis and the agonizing odyssey of the thirty-seventh president. Here, in chronological order, are six of his favorite archival discoveries, along with an explanation for why he considers them important or revealing.

1. "Sticking it to Washington."

​The night before his second Inaugural, at 1:04 a.m. on January 20, 1973, President Nixon called his self-described "hatchet man" Chuck Colson from the Lincoln Sitting Room for an intimate conversation that reveals the hubris that led to his downfall. After a stunning re-election victory, he was eager to settle accounts with his enemies in the media and the East Coast establishment. Colson reported that he had succeeded in driving down the share price of The Washington Post by more than 25 per cent as punishment for its coverage of the Watergate scandal. Within a hundred days of this conversation, which serves as the opening scene of King Richard, the Watergate cover-up had fallen apart and Nixon was fighting for his political survival.  (See pages 6-12, King Richard.) 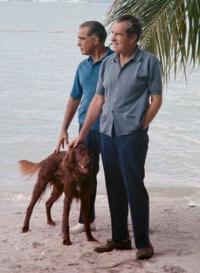 A self-described "introvert in an extrovert profession," Nixon had few personal friends. His closest pal, Florida real estate developer Bebe Rebozo (pictured on left with Nixon), addressed him as "Mr. President." Nixon aides joked that Bebe was "the perfect companion for a man who likes solitude, because being with Bebe can be almost as good as being alone." I came across a previously unpublished February 13, 1973 memo in the Nixon library that captures this strange relationship. White House officials were worried about Nixon's habit of taking solitary car rides "into the boondocks" with his friend, out of normal communications range. They were alarmed by Rebozo's "dangerous" driving habits, despite receiving training from the Secret Service on a special Ford test vehicle. They also had nightmare visions of the president being forced to stop at a gas station to use a pay phone if faced with a decision to launch nuclear weapons. (See pages 89-93, King Richard.)

3. The Memo that Uncovered the Cover-up 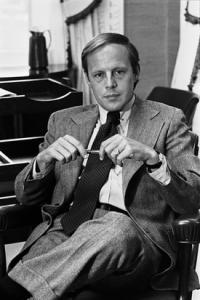 The Nixon White House was famous for its discipline, under the iron hand of chief of staff Bob Haldeman. But the facade of a unity and harmony crumbled after March 23, 1973, when the former CIA agent James McCord revealed in open court that perjury had been committed in the Watergate trial. The McCord letter to Judge Sirica (which did not mention any names) has been published before, but I was unaware of a subsequent March 24 note from McCord accusing deputy Nixon campaign director Jeb Magruder and White House aide John Dean (right) by name of direct involvement in Watergate. You can read it here. It was this memorandum, which I found in the records of the Senate Select Committee on Watergate, that triggered the vicious in-fighting among Nixon aides that eventually toppled the president. It led to Dean and Magruder turning on each other, and both men later turning on Nixon. (See pages 152-156, King Richard.) 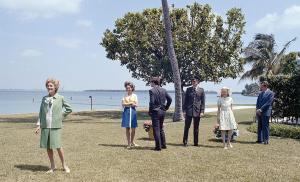 None of the existing Watergate books fully describe the wrenching human impact of the scandal on Nixon and his family. "Nobody really will know what they put a president through on a thing like this," Nixon complains to Henry Kissinger at one point.  Nixon's daughter Julie did her best to boost her father's spirits by passing on "cheery" nuggets about the construction of a new bowling alley and installation of a record player and tape deck. You can listen to this March 27, 1973 conversation here.  But Nixon continued to withdraw into "his own world," excusing himself from family events. The family crisis came to a head over Easter Weekend, April 20-22, at Key Biscayne in Florida when, Julie later recalled, the tension was "so thick that it was almost unbearable." I found a previously unpublished photo in the White House photo archive (above) that captures this moment. After a formal Easter photo shoot on the lawn outside the Nixon residence, the family drifts apart. Unable to break through to her husband, Pat Nixon has moved away from the family group and is staring off into the distance. Her daughters look at her concerned, their husbands by their sides. Nixon has his head down, lost in his own thoughts. The following week, he accepted the resignations of Haldeman and John Ehrlichman, telling Haldeman that he did not expect to "be alive much longer." (See pages 258-264, King Richard.)

Even after all these years, it is still shocking to hear a president being blackmailed by one of his closest aides who has caught him in a bald-faced lie. At the height of his Watergate meltdown, on April 28, 1973, the president received a telephone call at Camp David from John Ehrlichman accusing him of involvement in an effort to blacken the memory of John Kennedy. Nixon denied any knowledge of the attempt by another aide, Chuck Colson, to link JFK to the assassination of the leader of South Vietnam. He also claimed, falsely, that he had never heard of Watergate conspirator Howard Hunt prior to the June 1972 break-in.  (See pages 294-295, King Richard.)

Unlike Donald Trump, to whom he is sometimes compared, Nixon found it very painful to fire anyone. Finally compelled to part ways with his long-serving chief of staff, H.R. "Bob" Haldeman, on April 30, 1973, he evokes the memory of a brother who died from tuberculosis while he was still a young man. "I love you, like my brother," he tells Haldeman. Numbing his pain with shots of whiskey, he also insists that he will never "discuss the son-of-a-bitching Watergate thing again--never, never, never"--a promise he is unable to keep.  (See pages 305-308, ​King Richard.)

President Nixon and Henry Kissinger
Lincoln Sitting Room
Telephone call April 17, 1973 (“Nobody will really know what they put a president through”)
Source

H.R. Haldeman Diary Entry (describing his meeting with Nixon at Camp David: “I may not be alive much longer.”)
Source

Nixon’s secret tapes destroyed his presidency, but also humanized him, a new book argues
The Washington Post
May 24, 2021