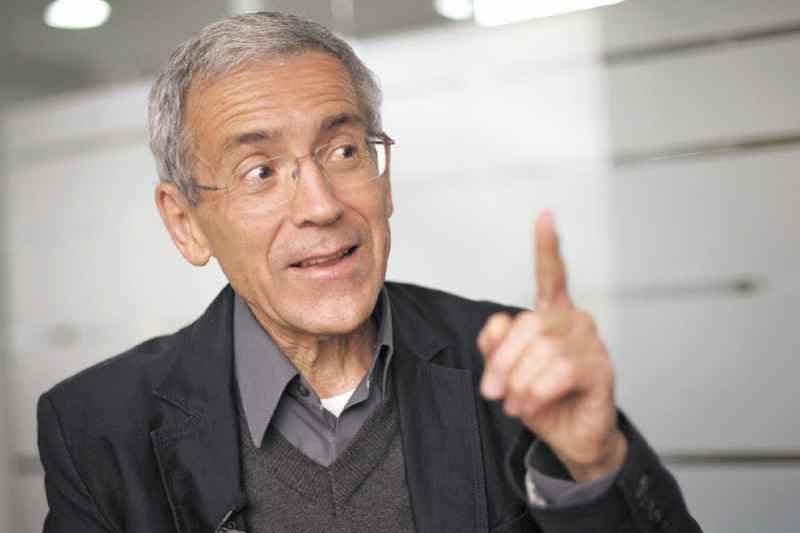 November 29, 2018 – The formal launch today in Colombia of the Commission for the Clarification of the Truth, Coexistence and Non-Repetition (Truth Commission) is an important step forward in the country’s effort to consolidate peace, guarantee the rights of victims, and move forward after a long and brutal conflict that took hundreds of thousands of lives. To mark the occasion, the National Security Archive is posting 12 documents from a database of over 20,000 declassified records donated to the Truth Commission earlier this year as part of our commitment to supporting the Right to Truth and the rights of the victims of Colombia’s conflict.

Starting today, the 11-member Truth Commission has three years to complete a final report on more than 50 years of political violence and civil war. Among the chief goals of the Commission is to clarify grave violations of human rights and international humanitarian law and to delineate the collective responsibilities of the Colombian state, insurgent groups like the FARC, right-wing “paramilitary” groups, narcotraffickers, foreign governments, and third parties (“terceros”) such as multinational corporations.

Unlike the Special Jurisdiction for Peace (JEP), a separate tribunal established to prosecute the conflict’s worst abuses, the Truth Commission’s investigations are extrajudicial in nature. More than just a cataloging of bombings, kidnappings, assassinations and military confrontations, the Commission’s mandate is to investigate the causes and consequences of the conflict, to grapple with its complexity, to shine a light on the less-understood aspects of the violence, and to produce a comprehensive narrative on the conflict with a focus on victims.

To do all of this in only three years would be challenging under the best of circumstances, but the Colombia Truth Commission is also dealing with efforts by the Colombian military to restrict access to needed records and an ugly smear campaign against Father Francisco DeRoux, the respected Colombian human rights advocate who serves as president of the Commission.

Earlier this year, Colombia’s Constitutional Court ruled that the Truth Commission, the JEP and a third group set up to locate thousands of people who disappeared during the conflict would have access to all records needed to carry out their responsibilities under Colombia law. Despite the ruling, the Colombian armed forces have succeeded in placing key files off limits, including records of military intelligence agencies responsible for serious abuses and that are linked to illegal paramilitary groups and drug traffickers. More recently, Senator Álvaro Uribe, the former Colombian president, and others tried unsuccessfully to modify the JEP and create special courts for members of the Colombian military.

In another ominous sign, Gonzalo Sánchez, the longtime director of the National Center for Historical Memory and a good friend of the National Security Archive, this month resigned his post, saying that “the political atmosphere” had forced him to step aside. In an interview with Colombia’s El Espectador, Sánchez said he feared the “political instrumentalization” of the institution, a state organization which has been performing a truth-commission-like function since long before peace talks even began. “There are those who want to view the Center for Historical Memory as a counterweight to the Truth Commission,” he said.

Meanwhile, the records of insurgent groups like the FARC and the paramilitary AUC are in disarray, and most of them will probably never be recovered.

Political pressure, military stonewalling and other barriers to accessing Colombia’s own archives mean that U.S. declassified records will be a critical corroborating source on the conflict. The depth of its involvement with Colombia’s security forces has made the U.S. government one of the keenest observers of the conflict and the associated violence, producing an enormous amount of relevant primary-source data.

Colombia has been a major focus of U.S. intelligence reporting since the founding of the CIA in 1947, and the United States has been Colombia’s closest military and intelligence partner (by far) since the two countries fought side-by-side in the Korean War in the 1950s. The U.S. has sent billions of dollars in security assistance to Colombia and has been involved in multiple reorganizations of the Colombia’s military and intelligence forces. The sharing of sensitive intelligence information between the two countries has expanded dramatically since those early days and developed into a sophisticated network that includes specially-vetted police units and real-time information sharing on the most-sensitive Colombian military operations.

Over nearly three decades, the National Security Archive has provided tens of thousands of pages of declassified evidence to post-conflict truth commissions in El Salvador, Guatemala, Peru, East Timor, Brazil and elsewhere. The Archive has also promoted “declassified diplomacy” under both Democratic and Republican presidents to expedite the release of important U.S. files for truth commissions, trials and other inquests. In the last two years alone, the Archive helped to shepherd the release of thousands of secret records on the dirty wars in Argentina and Chile.

The Archive’s Colombia project has unearthed important documents on the 1985 siege of the Palace of Justice, the so-called “Godfather” of Colombian Army intelligence, Colombia’s paramilitary “Emerald Czar,” the so-called “false positives” scandal in which Colombian Army officers murdered innocent Colombians and falsely presented them as insurgents killed during combat operations; and the links between prominent politicians and narcotraffickers. The Archive’s Chiquita Papers collection shows how the giant fruit multinational contributed to armed actors on all sides of the conflict.

But beyond headlines, other kinds of declassified documents can be important sources of data for truth commission investigators. As noted, earlier this year, the National Security Archive donated a database of more than 20,000 declassified U.S. records on Colombia’s conflict to the Colombia Truth Commission, including formerly secret documents from the U.S. State Department, CIA, DEA, the Pentagon and other U.S. agencies describing contacts with Colombian officials, insurgent attacks, paramilitary atrocities, and rampant corruption among Colombia’s military and political leadership. The vast majority of these the Archive obtained using the U.S. Freedom of Information Act.

A report on the development of Colombia's national civilian intelligence organization traces the early history of the Rural Security Service, a "vigilante" force operating in rural Colombia that became the nucleus of the Administrative Department of Security (DAS), which was disbanded in 2011 following a series of scandals.

A monthly progress report from the "Public Safety Division" of the U.S. Embassy in Colombia includes a laundry list of items about developments in the conflict, including information about the nascent National Liberation Army (ELN) and efforts by DAS agents to infiltrate "subversive and terrorist groups" in Bogotá.

The U.S. military attaché’s office in Colombia says that a recent Colombian Supreme Court decision has caused the Colombian Army to end so-called "black propaganda" programs, such as the one that was carried out by Lieutenant Colonel Alejandro Londoño Tamayo in the days preceding a paramilitary massacre in the town of Segovia.

The U.S. Embassy's "Violence Index" for the first half of March 1989 provides a vivid and harrowing look at the conflict during a particularly intense period. The two-week period saw various guerrilla actions as well as the assassination of Patriotic Union official José Antequera, an attack that also wounded future president Ernesto Samper Pizano. The Embassy also reports an "assassination spree" in southeastern Antioquia, the victims of which "included a nun and several agrarian residents, all of whom the killers apparently suspected of harboring leftist sympathies."

A comprehensive U.S. Army report includes detailed information on the structures and command relationships of the Colombian Armed Forces, including, among other things, organizational charts for the Colombian Army's notorious 20th Intelligence and Counterintelligence Brigade (p. 39) and the Administrative Department of Security (p. 78), both of which were later dissolved after revelations of serious human rights abuses.

The Colombian Army's 5th Brigade "conducts regular human rights training," according to a revealing report from the U.S. military attaché in Colombia, but "abuses of suspected guerrillas do occur, and are not always forwarded for investigation." Members of the brigade "expressed frustration and some anger about how human rights as an issue is perceived," according to the report. One source said "that at times it was difficult to prevent troops in the field from overreacting with violence to guerrillas encountered during a patrol." U.S. military officers "also heard several comments to the effect that members of human rights organizations 'were all leftists' who often used lawyers to complain about imaginary abuses, or contrived abuses to discredit army members."

From June 1992 through May 1995, Chiquita Brands International transferred at least 36,000,000 Colombian Pesos to a political movement called Esperanza Paz y Libertad and its armed wing, the Comandos Populares. In April 1995, Chiquita's security team reported the existence of a "nexus" between the Comandos and a group of paramilitaries that had recently arrived in the region and who were "ready to do away with everything that smells communist." The Comandos were said to have "initiated joint patrols" with the newly-arrived paramilitaries, according to the report from Chiquita's subsidiary in Colombia.

Amid rocky relations brought about by the discovery that the presidential campaign of President Ernesto Samper had received money from narcotraffickers, the Embassy was concerned that the Colombian government may be tapping its phones. In a tense conversation recorded in the cable, U.S. Ambassador Myles Frechette told Colombian Foreign Minister Rodrigo Pardo it was "common knowledge that most telephone taps in Colombia are illegal and not explicitly authorized by the Fiscalia [prosecutor's office]." The Embassy said that Colombian National Police Commander Rosso José Serrano had told them that the Colombian government had a tape of him talking on the phone to Frechette and that someone might try to use it to demonstrate his closeness to the U.S.

Commenting on "the controversial subject of [Colombian] Army relations with paramilitary organizations," the U.S. military attaché in Colombia says in this report that "local commanders often find it foolhardy not to maintain a dialogue with these groups." While the report sees "no known official connection" between the Colombian Army and illegal paramilitary groups, "at the local level, [Colombian Army] commanders often enter into discreet marriages of convenience with these groups in order to obtain important information regarding ongoing guerrilla activity."

The U.S. Embassy in Colombia provides the State Department with "an overview of known recent human rights cases involving Colombian Army units proposed to receive U.S. counter-narcotics assistance." Among the many cases discussed is the 1997 Mapiripán massacre, wherein paramilitary forces aided by Colombian Army officials murdered as many as 30 people in a region that had previously seen little paramilitary activity. The Embassy report says that "senior police officials" had told them that "senior officers" of the Army's 2nd Mobile Brigade "collaborated with paramilitaries who committed the Mapiripan massacre," pointing specifically at Lt. Col. Lino Sanchez Prado, an Army intelligence agent who was "a key liaison officer with paramilitaries involved in Mapiripan."

In a continuing effort to understand the dynamics of Colombia's paramilitary organizations, the U.S. defense community prepared this report on the history and organization of the so-called "autodefensas" ("self-defense") groups. Among other things, the report finds that the groups "probably will not become a top military priority in the next 2 years."

In "the first of a series of reports on the leadership and order of battle information" on Colombia's paramilitary umbrella organization, the United Self-Defense Forces of Colombia (AUC), the DIA identifies the top leaders of the group's "general staff element" along with the nine member groups.

Colombia and the U.S.: Political Violence, Narcotics, and Human Rights, 1948-2010
Over 2,000 declassified US documents covering more than 60 years of guerrilla war and political violence in Colombia. (Available through ProQuest)