Cuba and The U.S.: ‘Intimate Diplomacy’ 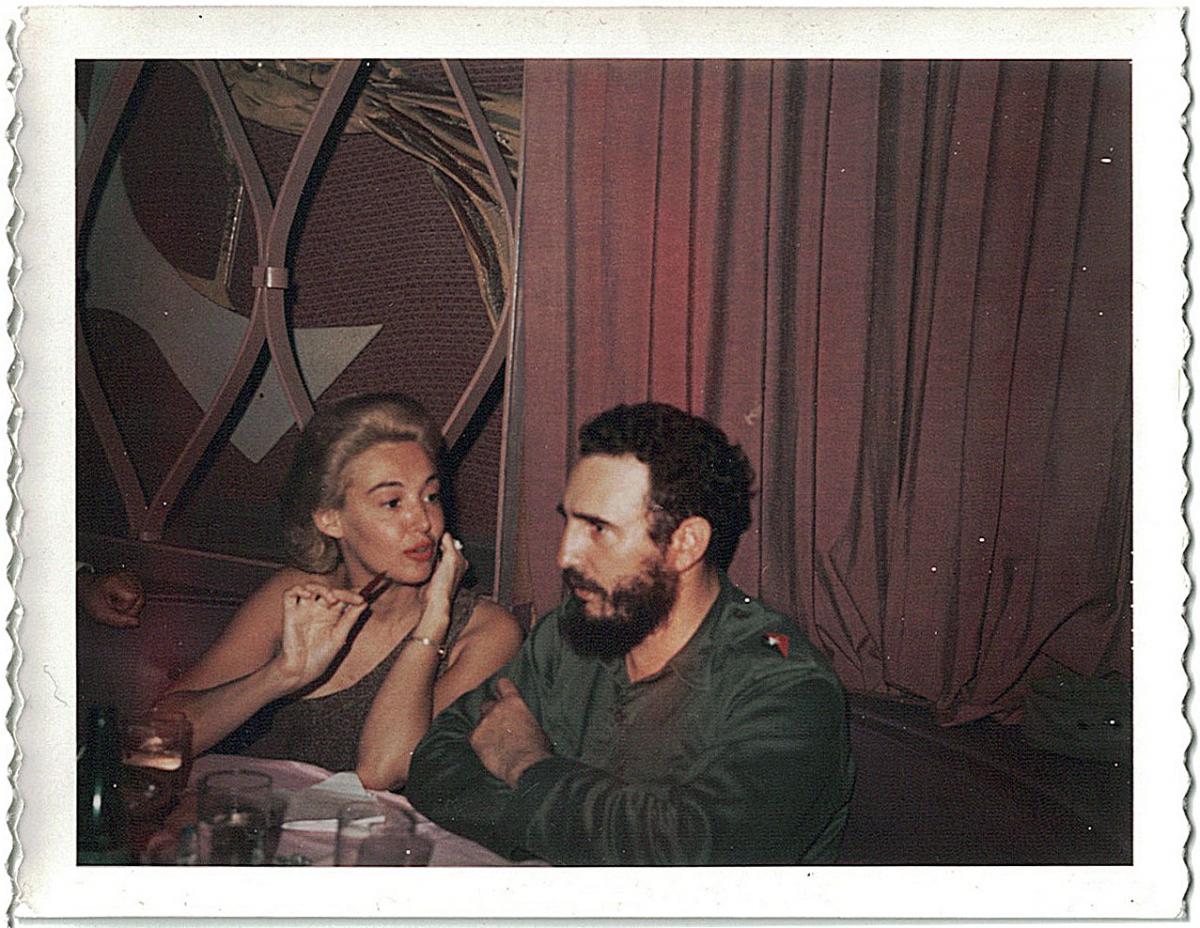 Records on Back-Channel Efforts toward Rapprochement 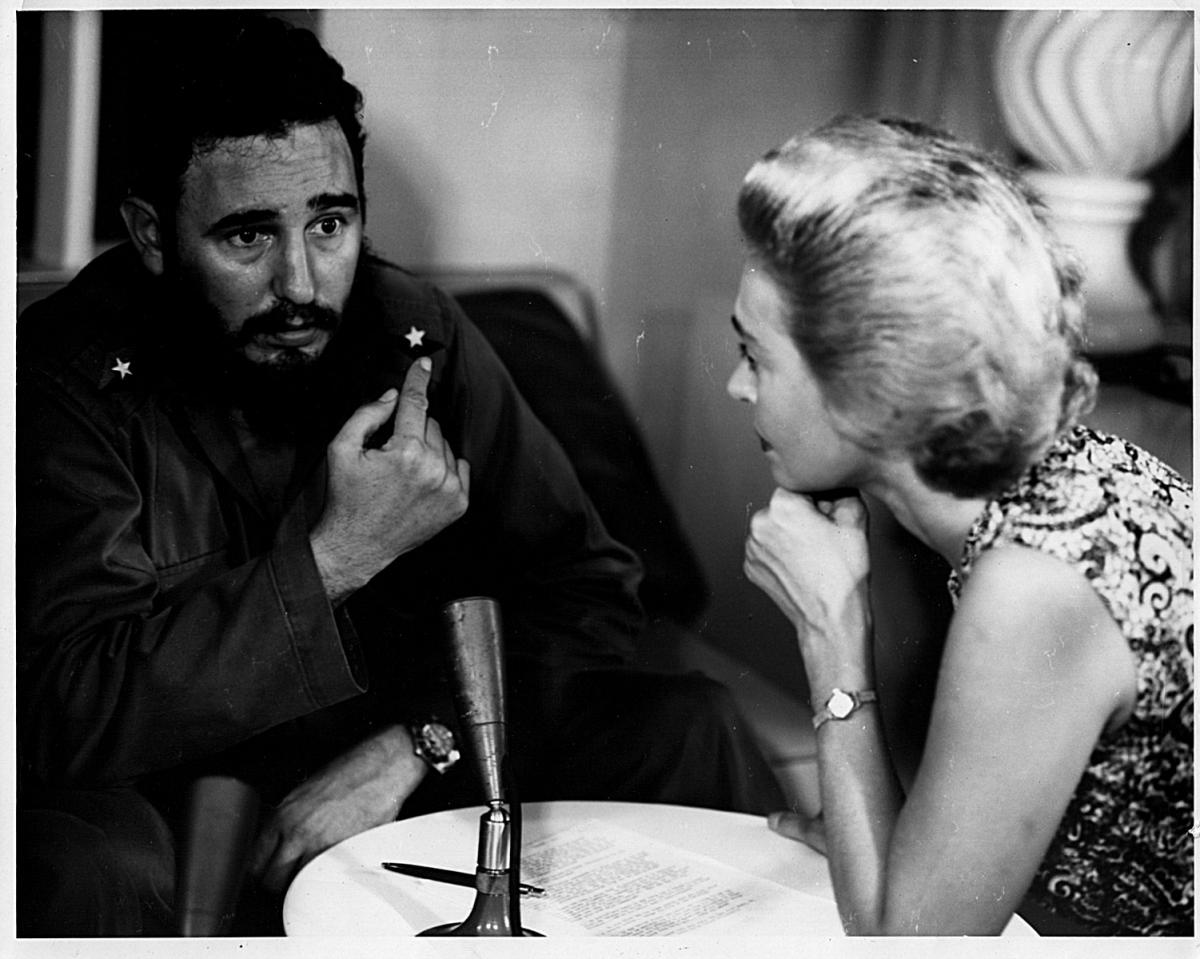 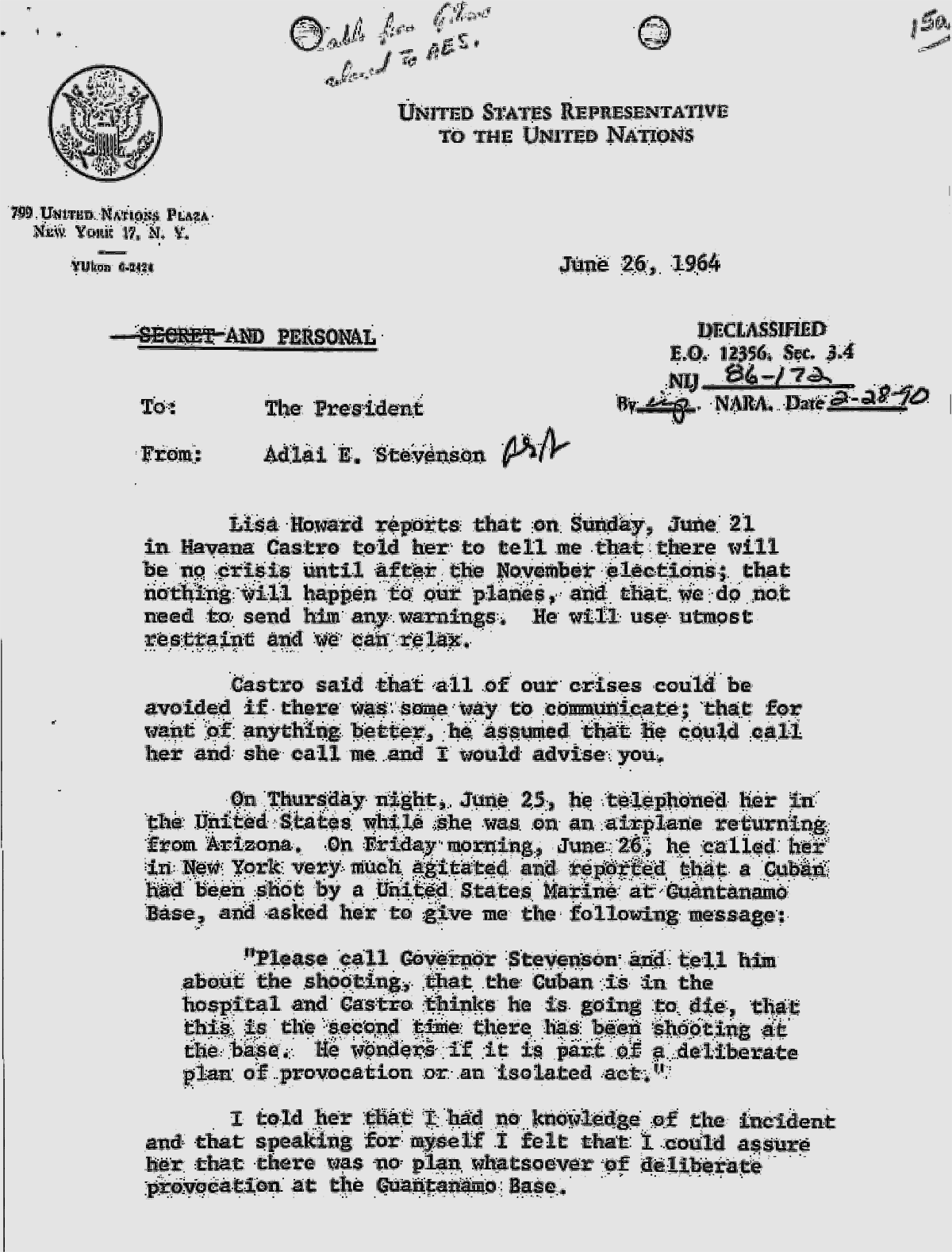 UN Ambassador Adlai Stevenson conveys a key message from Castro, via Lisa Howard, to President Lyndon Johnson. The information resolved U.S. concerns Castro might create a crisis by firing at U-2 reconnaissance planes during the 1964 campaign.

Washington D.C., April 20, 2018 –  Back-channel diplomacy, conducted by an ABC News reporter named Lisa Howard resolved a potential crisis with Cuba in mid-1964, according to documents posted today by the National Security Archive. After the CIA obtained “disturbing” intelligence reports that Fidel Castro had threatened to shoot down U.S. reconnaissance planes in retaliation for the Coast Guard seizure of four Cuban fishing boats, Howard secretly traveled to Cuba to convey a U.S. government warning to Castro, and returned with his assurances that “nothing will happen to our planes, and that we do not need to send him any warnings” – a message passed through UN Ambassador Adlai Stevenson directly to President Johnson.

A comprehensive historical account of Howard’s extensive involvement in back-channel diplomacy with Cuba was published today, for the first time, in Politico Magazine in an article by Archive analyst Peter Kornbluh – "My Dearest Fidel: An ABC Journalist’s Secret Liaison With Fidel Castro.” The article is subtitled: “The untold story of how Lisa Howard’s intimate diplomacy with Cuba’s revolutionary leader changed the course of the Cold War.” The Archive today posted a selection of Howard’s personal papers and documents on which the article is based.

Lisa Howard, a former soap opera actress who transformed herself into one of the leading female television news correspondents in the United States in the early 1960s, first met Fidel Castro when she convinced him to do an ABC News interview in April 1963. Howard was the first woman to anchor a television news show – “Lisa Howard and News with a Woman’s Touch.”  Her two ABC specials on Cuba, “Fidel Castro: Self Portrait” in 1963 and “Cuba and Castro Today” in 1964, provided the most substantive coverage of Castro and the Cuban revolution in the early 1960s.

Off camera, Howard became the central intermediary between Castro and the Kennedy administration in the fall of 1963, turning her home in New York City into a hub of secret diplomatic communications between Washington and Havana. After Kennedy’s assassination, she and Castro collaborated to revive the secret dialogue and establish a back channel to the Johnson White House. According to Kornbluh’s Politico article, “her role as peacemaker was built on a complex, little-understood rapport she managed to forge with Castro himself – a relationship that was political and personal, intellectual and intimate.” She died at age 39 in 1965.

“With her tireless efforts to achieve an honorable rapprochement with Cuba,” according to Kornbluh, “Lisa Howard set the historical stage for the breakthrough in relations more than 50 years later under the Obama administration.”  The records of those efforts, he noted, are once again relevant as Raul Castro steps down as president and the Trump administration weighs future U.S. policy toward Cuba in the post-Castro era.

Howard also figures in the award-winning book Back Channel to Cuba: The Hidden History of Negotiations between Washington and Havana by Kornbluh and William M. LeoGrande (U. of North Carolina Press, updated paperback, 2015)

Only a few days after the resolution of the Cuban missile crisis, Lisa Howard presses Fidel Castro for an interview with ABC News. "Considering the present state of the world crisis, wouldn't this be an ideal moment for you to speak to the American people?" she suggests. "I do hope you will permit me to come to Havana and conduct this interview...an interview I believe could be an extremely important one." Eventually, the Cuban mission at the United Nations provides her with a visa to travel to the island in April 1963.

After meeting and interviewing Fidel Castro in Havana, Howard writes him a very personal letter that combines criticism of the direction of the revolution with her deep sense of the contribution she believes he can make to "the final betterment of the human condition." Convinced that the U.S. government intends to destroy Castro and roll back the Cuban revolution, Howard commits herself to "do all in my power" to improve relations. "I am going to talk to certain people when I return to the states," she promises. "I do not overestimate my influence. But I shall try to help."

CIA, Briefing Paper, Interview with U.S. Newswoman with Fidel Castro Indicating Possible Interest in Rapprochement with the United States," May 1, 1963.

The CIA debriefs Howard on her conversations with Castro almost as soon as she returns from Cuba. Their report on Castro's readiness "to discuss rapprochement" is sent by CIA deputy director Richard Helms to the White House. The document contains a notation, "Psaw," meaning President Kennedy read the report on Howard and Castro.

Howard writes her own lengthy report to President Kennedy, asking for a face-to-face meeting to personally brief him on Castro's interest in better bilateral relations. She implores the president to "sit down and negotiate with Fidel."

Attwood reports on his contacts with Lisa Howard, including speaking to Fidel Castro's aide, Rene Vallejo, on her telephone late in the early morning hours of November 19, 1963. His report is dated on the day of Kennedy's assassination.

During her second trip to Cuba, Lisa Howard films an interview with Che Guevara at the Ministry of Industry on the evening of February 13, 1964. She asks him what "you would like to see the United States do as regards Cuba?" Che responds: "Perhaps the most frank and most objective answer would be 'Nothing.' ... Just leave us alone, not pay any attention to us." The interview eventually is broadcast on the ABC News show "Issues and Answers" on March 22, 1964.

Based on her private conversations with Castro, Howard drafts a message for Lyndon Johnson regarding the secret talks between Cuba and the U.S. that were taking place before President Kennedy was killed, and Castro's willingness to continue the talks. In the message, Castro suggests using Howard as an intermediary between the White House and Cuba, to maintain a secret channel of communication and move a dialogue toward better relations forward. Howard spends the rest of the spring trying to personally deliver the message to Johnson, only to be blocked by McGeorge Bundy. In early June, she gives the message to UN Ambassador Adlai Stevenson, who passes it directly to President Johnson.

Gordon Chase sends a detailed report on his March 7 debriefing with Lisa Howard of her February trip to Cuba and her conversations with Castro. She tells him that "Fidel very much wants accommodation with the U.S." and believes that he is willing to "kick the Russians out of Cuba" if he had "a credible guarantee that we would not try to destroy him." Chase reports that he tried to obtain the Castro message for Johnson that Howard has, but she insists that she must give the message to the President herself. Chase gently prods her to provide the message to him, saying that "if Fidel wanted to say something to us, he had apparently not picked a very good messenger."

Lisa Howard, Draft Memorandum [Regarding the Script for Her ABC Special, "Castro and Cuba Today,"] March 27, 1964.

In a memorandum to news director Jesse Zousmer, Howard explains why she is waging a "titanic battle" over the tone and wording of the script that is to accompany her special hour-long broadcast, "Castro and Cuba Today." She objects to Zousmer's attempts to dismiss Castro as a Communist and cast the Cuban revolution in Cold War terms. "I cannot, I will not associate myself with a project as dishonest as the one you are trying to present to the American public."

U.S. Mission to the United Nations, Memorandum from Adlai E. Stevenson for President Johnson, [Report on Lisa Howard's Transmission of Messages from Castro to the White House], Secret and Personal, June 26, 1964 [with cover note for Johnson from McGeorge Bundy, June 29, 1964].

UN Ambassador Adlai Stevenson, via Lisa Howard, passes messages from Fidel Castro to President Johnson, establishing a direct back-channel line of communication between the Oval Office and Castro's office. "Castro told her to tell me that there will be no crisis until after the November elections; that nothing will happen to our planes, and that we do not need to send him any warnings. He will use utmost restraint and we can relax." Stevenson also tells Johnson that Castro believes that "all our crises could be avoided if there was some way to communicate" and suggests continuing to use Lisa Howard as a go-between to get messages to Stevenson who would pass them on to the president.

NSC aide Gordon Chase reports to McGeorge Bundy on his concerns that Howard's role as an intermediary has now escalated through her contact with Stevenson at the United Nations and the fact that a message has been sent back through her to Castro from the White House. Chase recommends trying "to remove Lisa from direct participation in the business of passing messages," and using Cuban Ambassador to the UN Carlos Lechuga instead. Howard is subsequently cut out of the loop of back channel communications between Cuba and the United States.

Howard drafts a letter inviting Che Guevara to a cocktail party at her home on December 16th. She attempts to invite U.S. officials as well so that they can talk to him informally. None will come. But the progressive senator from Minnesota, Eugene McCarthy, does come to the party and does chat with Che. He briefs the State Department the next day on the substance of their conversation.

NSC aide Gordon Chase reports to McGeorge Bundy on Lisa Howard's efforts to arrange a meeting between U.S. officials and Che Guevara. "The main problem," he notes, "is to ascertain the truth-e.g. whether Che really has something to say to us or whether this is Lisa Howard building bridges."

Raúl Castro Just Stepped Down. But Cuba’s Castro Era Is Far From Over.
Mother Jones
Apr 19, 2018 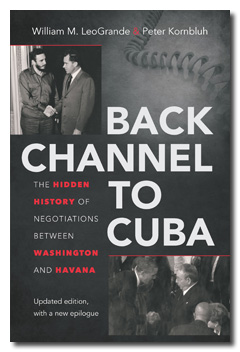 Back Channel to Cuba: The Hidden History of Negotiations between Washington and Havana
by William M. LeoGrande and Peter Kornbluh
UNC Press, November 2015