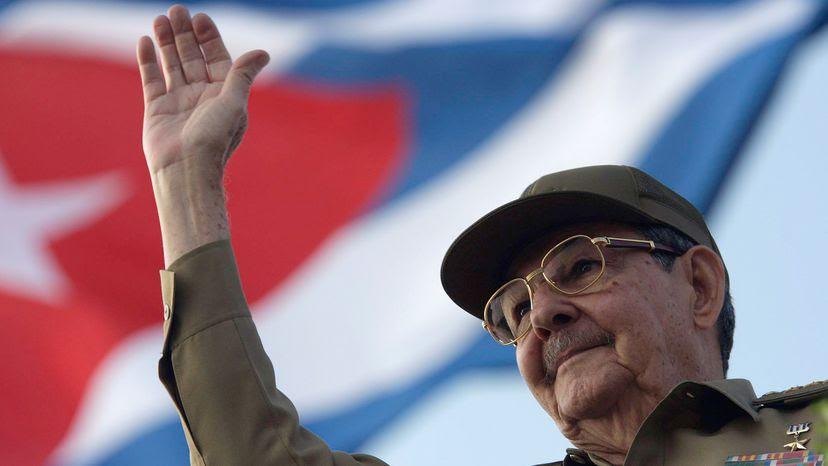 Agency Officials Willing to Pay Over $10,000 For ‘Fatal Accident’ 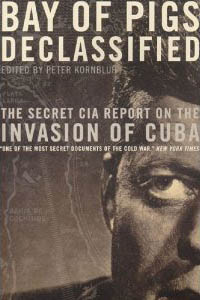 Bay of Pigs Declassified: The Secret CIA Report on the Invasion of Cuba
Edited by Peter Kornbluh

Washington D.C., April 16, 2021 – In the earliest known CIA assassination plot against leaders of the Cuban revolution, high agency officials offered the pilot of a plane carrying Raul Castro from Prague to Havana “payment after successful completion of ten thousand dollars” to “incur risks in arranging accident” during the flight, according to formally TOP SECRET documents posted today by the National Security Archive. The pilot, who the CIA had earlier recruited as an intelligence asset in Cuba, “asked for assurance that in event of his [own] death the U.S. would see that his two sons were given a college education.” “This assurance was given,” his CIA handler in Havana, William J. Murray, reported.

According to TOP SECRET cables between the CIA headquarters and the CIA Havana station, and debriefings Murray later provided on "questionable activities," the plot quickly evolved after the Cuban pilot, Jose Raul Martinez, advised Murray that he had been selected to fly a chartered Cubana Airlines plane to Prague to pick up Raul Castro and other high-ranking Cuban leaders on July 21, 1960. When Murray informed his superiors at Langley headquarters, as he later told the Rockefeller Commission on the CIA, “headquarters cabled back that it was considering the possibility of a fatal accident and asked whether the pilot would be interested.”

The cable, classified “TOP SECRET RYBAT OPERATIONAL IMMEDIATE” and signed by CIA Deputy Director of Plans Tracy Barnes, and J.C. King, the head of the CIA’s Western Hemisphere Division, informed Murray that “possible removal of top three leaders is receiving serious consideration at HQS” and asked if the pilot had “motivation sufficient to incur risks of arranging accident during return trip” from Prague. To provide sufficient motivation, Barnes and King offered $10,000, or “a reasonable demand in excess of that” as well as to arrange rescue facilities for the pilot after the “accident” took place. 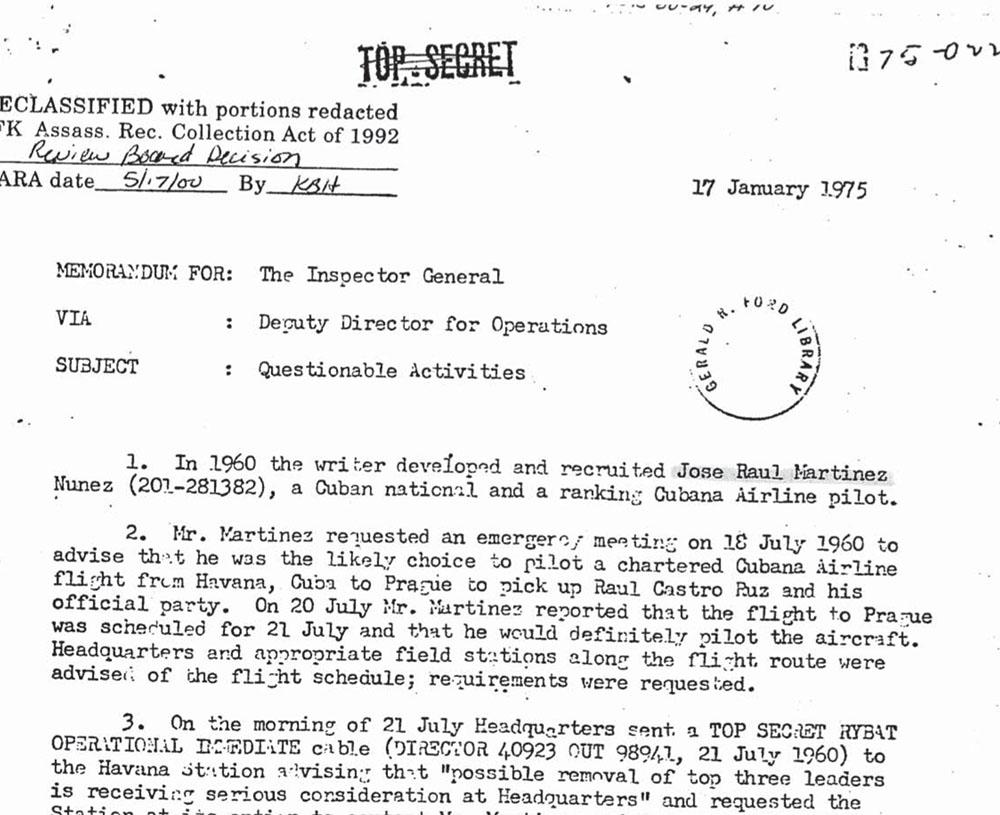 Murray discussed the proposal with Martinez in a car as the pilot drove to the Havana airport to fly to Prague. “Subj willing to take calculated risk but limited to foll[owing] possibilities which can pass as accidental: A. engine burnout on take off to delay or harass trip. B. Vague possibility water ditching approx. 3 hours out from Cuba,” Murray reported to Langley after the meeting. “Subj rules out engine failure in flight due [to] imminent danger [of] fire and lack of opportunity to save any passengers or crew … Doubts ability perform real accident without endangering lives of all on board.”

After Martinez left for Prague, the Havana station received a second cable, signed by Tracy Barnes, that rescinded the assassination plot. “Do not pursue,” it stated. “Would like to drop matter.” By then, however, there was no way to reach the pilot. When he returned, Martinez reported to Murray that “he had no opportunity to arrange an accident such as we had discussed.”

This “accident plot” was obliquely described in the special Senate Committee report on Alleged Assassination Plots Involving Foreign Leaders, published 1976 after an investigation into CIA covert actions led by Senator Frank Church. The Church Committee report identified the plot as “the first action against the life of a Cuban leader sponsored by the CIA of which the Committee is aware” but withheld—or perhaps was denied—key details, including that the would-be assassin was a pilot and the “accident” would involve a civilian airliner. Nor did the Committee publish any of the documents on which its description was based.

The Bay of Pigs Assassination Plot

The Bay of Pigs operation also involved a complex CIA plot to assassinate Fidel Castro, launched only a few weeks after the short-lived effort to kill his brother. In August 1960, the CIA’s director of covert operations, Richard Bissell, authorized what one SECRET EYES ONLY CIA memo described as “a sensitive mission requiring gangster-type action.” The mission “was the liquidation of Fidel Castro.” As the top CIA official in charge of the Bay of Pigs operation, Bissell’s intention was to assassinate Castro and enhance the chances of success for CIA’s counterrevolutionary program to overthrow his regime. 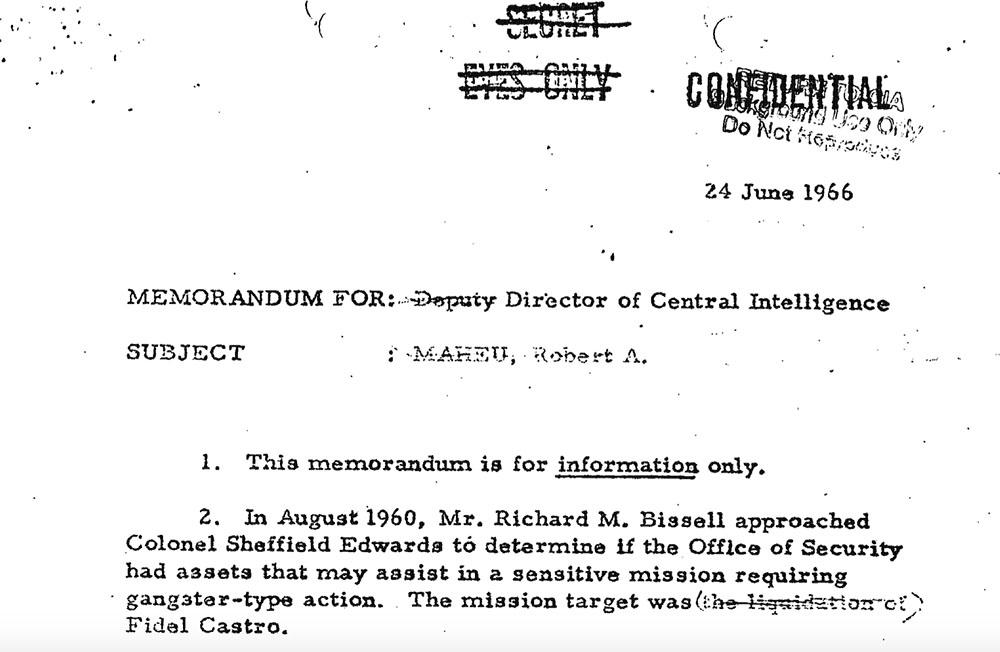 In a filmed interview Kornbluh conducted with Jacob Esterline, the CIA manager of the paramilitary invasion, Esterline said that he had been asked to divert over $150,000 from his budget for unspecified reasons but had refused to do so until he was briefed by Bissel’s chief of security, Sheffield Edwards. After he learned the funds were designated to pay the mafia to arrange Castro’s assassination—using poisoned pills created by the agency’s Technical Services Division—Esterline protested to the head of the Western Hemisphere Division, J.C. King. “I said, ‘J.C. do you realize that this is going to make people take this whole thing less seriously if somebody thinks there’s an easy way out with Castro being killed?’”

“I thought it was absolutely amoral that we involve ourselves for the record in anything of this sort,” Esterline told Kornbluh. “Number one, I was just having trouble coming to grips with that. But number two, I thought it would also be the most self-defeating thing for the operation which was going to be [difficult] at best.”  (Peter Kornbluh, Bay of Pigs Declassified, pp. 264, 265)

The Archive is publishing these records as the Castro era in Cuba comes to a formal end. As the Cuban Communist Party convenes its 8th party congress on the 60th anniversary of the Bay of Pigs invasion, Raul Castro is stepping down from his powerful position as party leader. “Just as the defeat of the CIA-led invaders at the Bay of Pigs marked a historic turning point for the young revolution,” according to Peter Kornbluh who directs the Archive’s Cuba project, “the official beginning of the post- Castro era marks a major turning point for Cuba’s future.”

After the scandal about CIA efforts to assassinate foreign leaders such as Fidel Castro breaks in the media in early 1975, a former agent in the Havana station, William J. Murray, files a report to the agency’s inspector general on the earliest known plot in Cuba to kill a leader of the revolution—Raul Castro. Murray recounts how one of his recruited Cuban intelligence assets, a pilot, informed him on July 18, 1960, that he had been assigned to fly to Prague to pick up Raul Castro and other Cuban officials. After he informed CIA headquarters, Murray received an urgent, highly classified cable instructing him to offer the pilot $10,000 or more to motivate him to “cooperate in arranging an accident during the return trip from Prague.” The pilot agreed to “take a calculated risk but limited the possibilities which could pass as an accident.” In the end, no attempt was undertaken, and CIA officials rescinded the assassination instructions.

Top officials in the CIA’s covert operations division sent this urgent telegram to their agent in Havana, William Murray, instructing him to encourage a pilot who is going to be flying Raul Castro from Prague to Havana “to incur risks in arranging accident during return trip.” The CIA would offer $10,000 and meet “a reasonable demand in excess of that” once the accident had been completed. The cable begins by stating that “possible removal top three leaders is receiving serious consideration at HQS.”

After conferring with the pilot just before he leaves for Prague, Murray reports back that “subj willing to take calculated risk” but limited to “possibilities which can pass as accidental.” The two discussed puncturing the tire of the plane to cause an accident, and even a real crash of some sort by causing engine failure which the pilot rules out because of “lack of opportunity to save any passengers or crew.” Among the options the pilot will consider is “vague possibility water ditching approx. 3 hours out from Cuba.”

After the pilot has left for Prague, CIA headquarters sends a second, short, two-sentence cable shutting down the operation. “Do not pursue ref[erence cable],” it states. “Would like to drop matter.” The cable arrives too late to alert the pilot that the CIA no longer wants to advance the assassination plot.

The official Rockefeller Commission appointed by President Gerald Ford to investigate CIA misconduct, debriefs William Murray on the 1960 plot against Raul Castro, as well as a more general discussion of the CIA’s role in encouraging efforts to overthrow Castro in the early 1960s. The memcon of the meeting records Murray as pointing out that “in many Latin American countries assassination is historically not an unusual form of changing government.”

The CIA’s director of security, Howard J. Osborn, sends a detailed summary to the deputy director on the CIA-Mafia collaboration to assassinate Castro before the Bay of Pigs invasion. The history starts with the authorization from the deputy director for plans, Richard Bissell, for “a sensitive mission requiring gangster-type action. The mission target was the liquidation of Fidel Castro.” The report describes how Robert Maheu was used as a CIA “cutout” to approach mobsters Johnny Roselli and Sam Gold. It also describes how the CIA’s Technical Services Division “developed a pill that had the elements of rapid solubility, high lethal content, and little or no traceability” as an assassination device. Six pills were produced and passed initially to a Cuban official with mafia ties, Juan Orta. When he got “cold feet,” the pills were passed to a member of the Cuba Exile Junta, Anthony Verona, to pass to operatives in Havana. But, the report states, “Verona’s potential was never fully exploited as the project was cancelled shortly after the Bay of Pigs episode.”