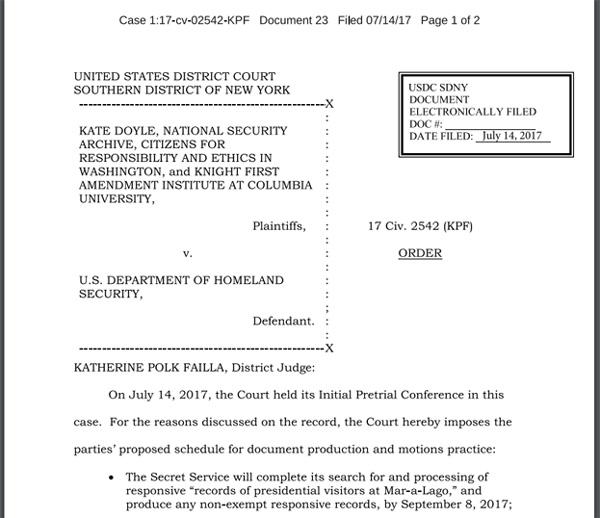 Edited by Lauren Harper and Tom Blanton
For further information, contact: 202.994.7000 and nsarchiv@gwu.edu 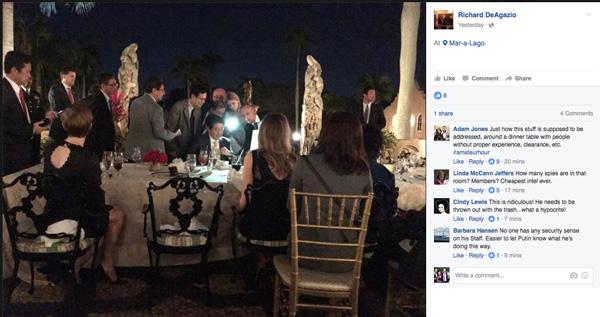 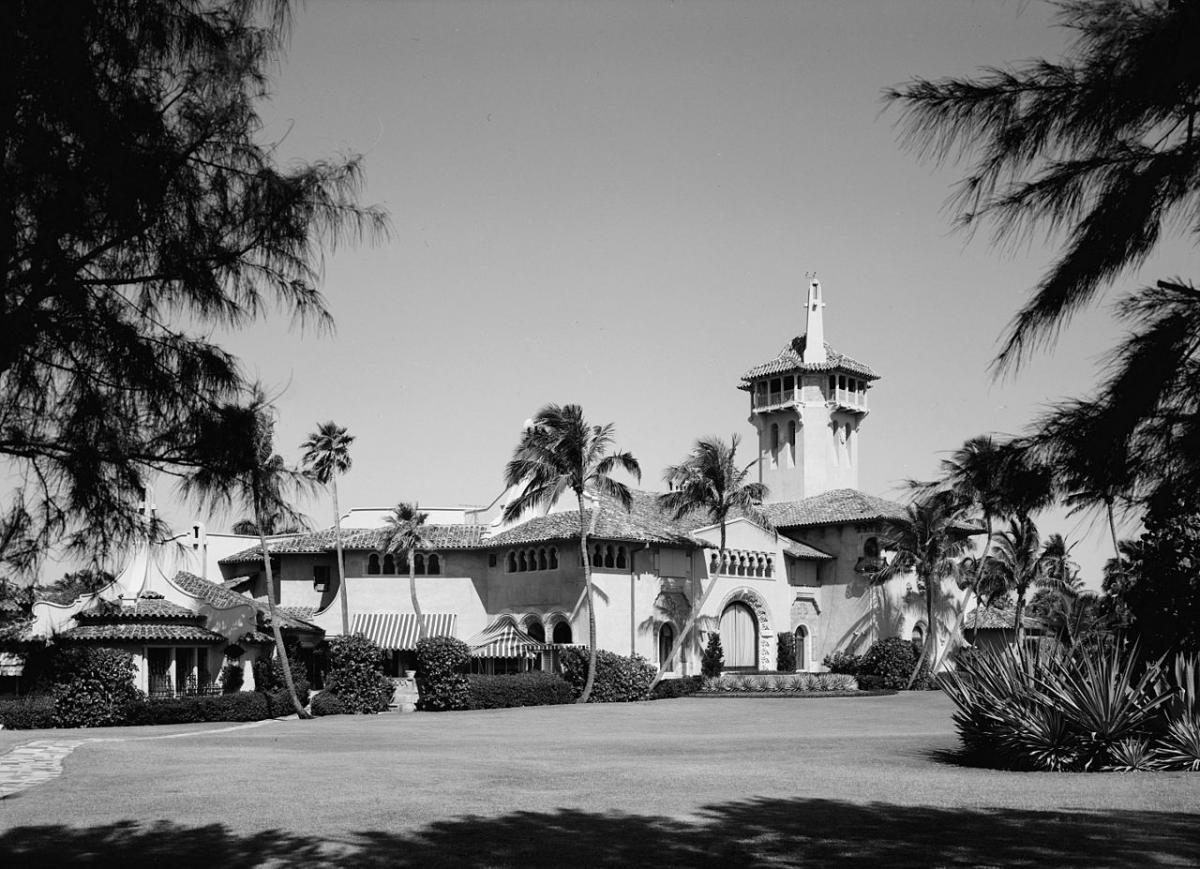 Washington, D.C., July 17, 2017 – The Department of Homeland Security will release the visitor logs for President Trump's Mar-a-Lago resort by September 8, according to a court order filed on July 14, 2017, by federal judge Katherine Polk Failla. The order is in response to a Freedom of Information Act (FOIA) lawsuit brought by the National Security Archive, together with the Knight First Amendment Institute at Columbia University and the Citizens for Responsibility and Ethics in Washington (CREW).

The suit, Doyle v. DHS, was filed on April 10, 2017, in the federal District Court for the Southern District of New York. It seeks the Secret Service's White House visitor logs dating from Inauguration Day through March 8 ,including visitor logs for Mar-a-Lago and Trump Tower.

The government has until the end of September 2017 to file declarations concerning the White House visitor logs; DHS claims there are no such records for Trump Tower since the President did not visit the property during the time period covered by the request.