Oliver North on the day of his indictment, March 16, 1988. (U.S. National Archives and Records Administration)

The Iran-Contra Affair: 1983-1988
A document collection from the Digital National Security Archive (available through ProQuest)

Washington, D.C., May 16, 2018 – Incoming National Rifle Association President Oliver North’s conduct during the infamous Iran-Contra affair featured a pattern of deliberate deception, a willingness to cooperate with known drug dealers, and – according to some senior colleagues – flawed judgment, according to declassified documents and sworn testimony posted today by the National Security Archive.

Iran-Contra was the worst political scandal of Ronald Reagan’s presidency, involving a pair of covert operations – one to sell missiles to the Islamic Republic of Iran in hopes of gaining freedom for American hostages, the other to support so-called Contra rebels in Nicaragua – both of which violated legal and legislative prohibitions. Among its results was to prompt major congressional and criminal investigations and cast a pall over the Reagan administration during its final two years.

North himself has admitted under oath to most of the actions, decisions, and falsehoods that prompted widespread condemnation of his behavior in the wake of the scandal. Declassified documents – a representative sampling of which the National Security Archive is reposting today – provide further, contemporaneous evidence, often written in his own words. His conduct ultimately led to criminal convictions against him, but they were overturned by an appeals court panel because his congressional testimony in the Summer of 1987, delivered under a grant of immunity, might have influenced witnesses at trial.

Though he has often accurately claimed that he was mostly following orders, including all the way from the top – President Reagan himself – North became famous during the nationally televised congressional hearings for defiantly owning his recurring dishonesty. Some of it was aimed at purported adversaries, such as his counterparts in Iran. “I lied every time I met the Iranians,” he declared, adding at another point, “I would have promised those terrorists a trip to Disneyland if it would have gotten the hostages released.”

(Ordinarily, few would fault him for disrespecting a reviled regime, except that the declared aims of the operation – and the president – were to strike a deal for the lives of captive Americans and ultimately lay the ground for a long-term political relationship with Iran – neither of which was likely to be helped by repeated evidence of duplicity.[1])

More disturbing for many was his apparent disdain for outside investigators and the Congress. “I will tell you right now, counsel,” he testified, “and all the members here gathered, that I misled the Congress.” He also acknowledged explicitly that he lied even to his fellow operatives, destroyed evidence while the Justice Department was investigating him, and falsified records both to hide the administration’s illicit Iran and Contra support activities and to cover up his receipt of an illegal personal “gift” in the form of a security system at his family home.

The New NRA President Has Just the Right Record: Shady Weapons Sales and Covering Up the Truth
Mother Jones
May 7, 2018

The NRA's New President is the Most Famous Arms Trafficker in American History
Esquire
May 7, 2018 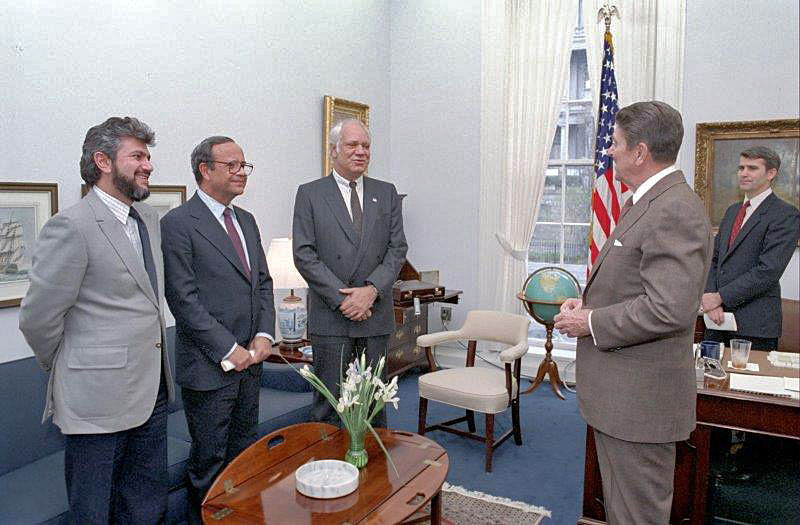 Contra leaders Alfonso Robelo, Arturo Cruz Sr., and Adolfo Calero meet with President Reagan at the White House on April 4, 1985 – during the period of the most severe congressional restrictions on U.S. support for the rebels – as Oliver North looks on. (Ronald Reagan Presidential  Library) 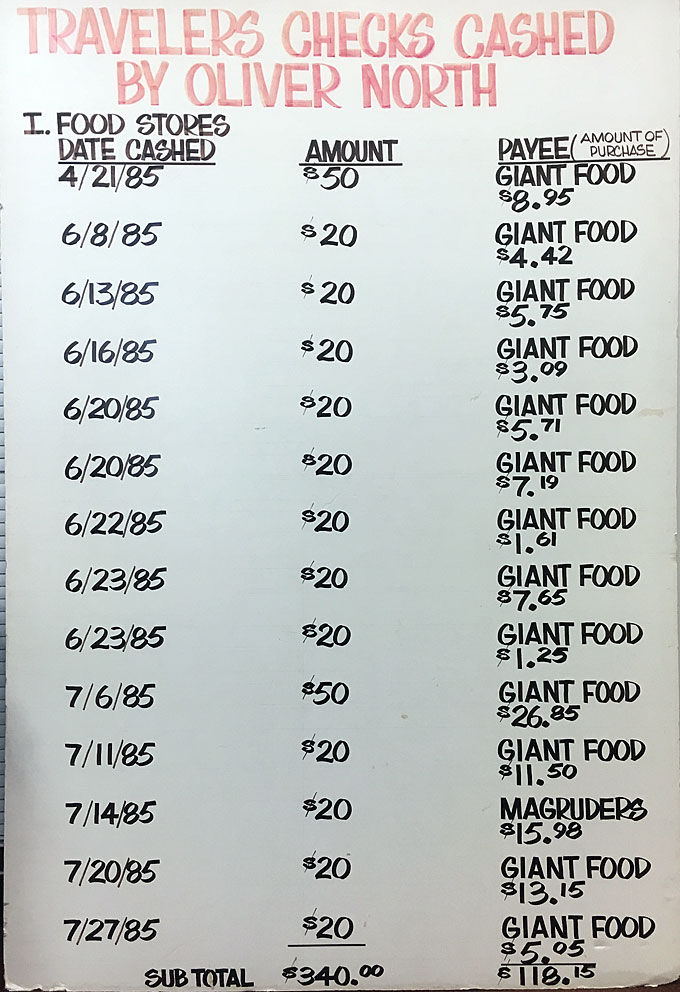 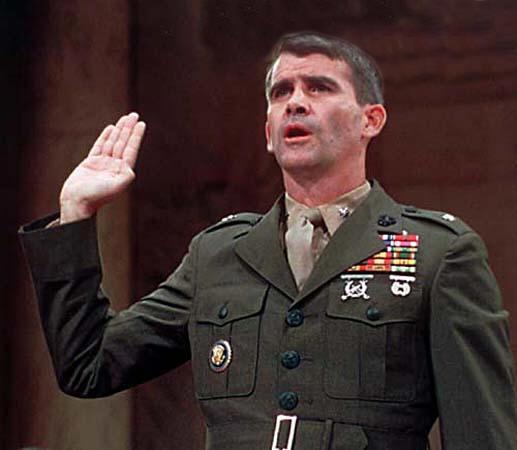 Oliver North takes the oath prior to testifying before the joint congressional select committees, July 7, 1987. (Americanheritage1.com)

[1] More recently, North offered this criticism of the Tehran regime’s handling of the 2015 nuclear deal: “The Iranians have been lying. Every time their lips move, they're lying.” (Quoted from Fox News Insider, May 8, 2018)

[2] “Drugs, Law Enforcement and Foreign Policy,” A Report Prepared by the Subcommittee on Terrorism, Narcotics and International Operations of the Committee on Foreign Relations, 100th Congress, 2d Session, p. 141.