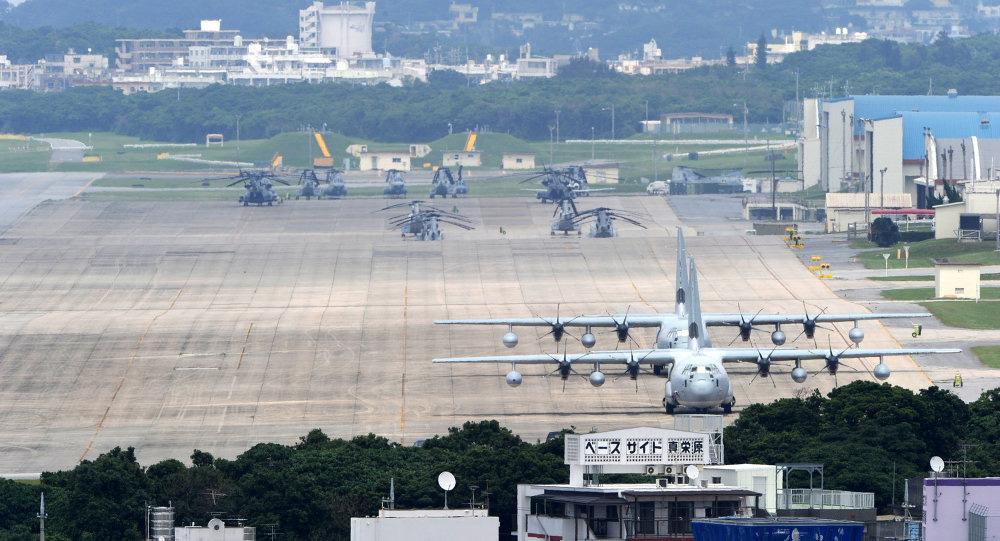 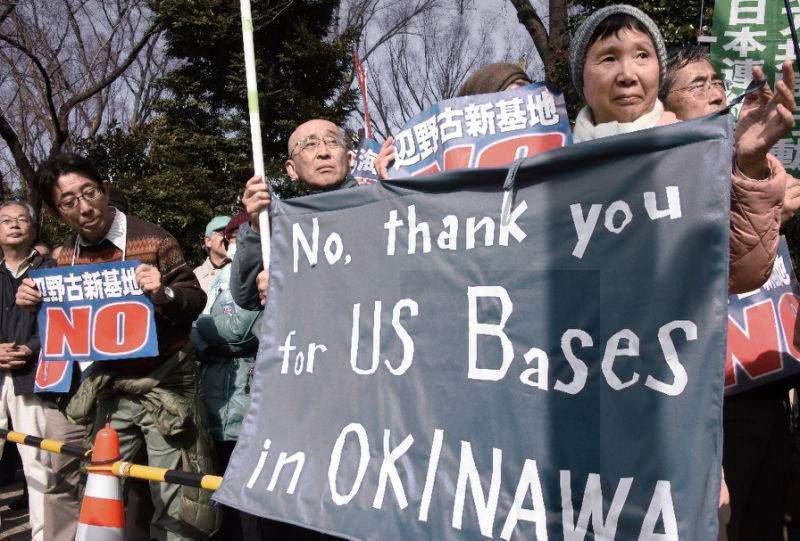 Some 65,000 people gathered on June 19, 2016 in Naha, the capital of Okinawato protest the U.S. military presence on their island. The protest  was sparked by the rape and murder of an Okinawan woman by a former U.S. Marine working at Kadena Air Base. (International Action Center) 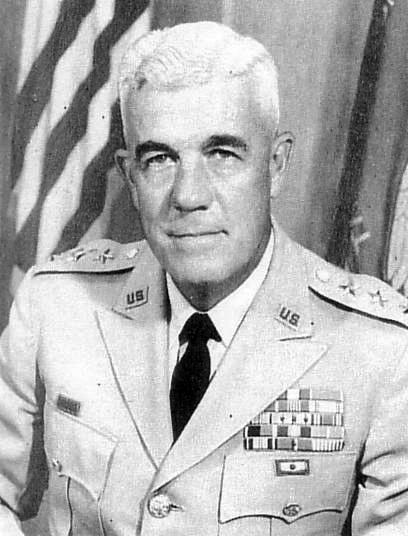 Commissioner of the U.S. Civil Administration of  the Ryukyus from 1964-1965 Lt. Gen. Albert Watson II (Wikipedia) 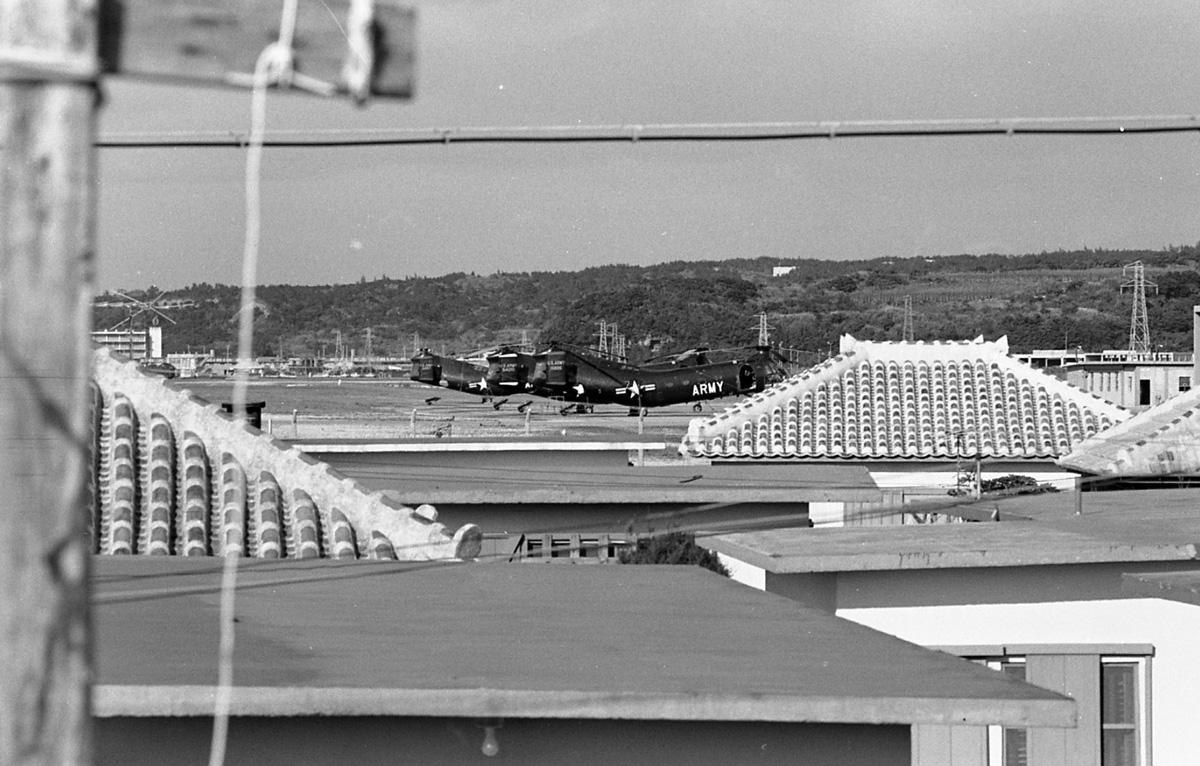 Washington D.C., October 16, 2018 – Recent news reports out of Okinawa underscore the extent to which the long-standing U.S. military presence on the island is a perennial source of political friction that complicates the U.S.-Japanese military alliance.

During the Cold War and after, domestic politics on the island has repeatedly focused on the desire of Okinawa’s residents to reduce or eliminate this U.S. military presence. This tension creates a political challenge for Japan, which needs to find a way to address these domestic pressures while supporting the military relationship with Washington.

Today the National Security Archive is posting a selection of documents from its Digital National Security Archive collections, to highlight the relevance of these materials – and recent history – to current policy and political issues. DNSA subscriptions are available through the academic publisher, ProQuest. The Archive’s three document sets on U.S.-Japan relations contain 654 documents on the subject of Okinawa, providing extensive coverage of U.S. policies regarding its administration of the island in the 1960s, Okinawa’s reversion to Japan in 1972, and subsequent political and economic issues created by the U.S. military bases on the island.

The long history of the efforts by Washington and Tokyo to resolve these conflicting priorities is the subject of many declassified documents published by the National Security Archive in three volumes that focus on U.S.-Japan relations between1960 and 2000. The Archive is posting a selection of these documents that highlight the way in which the U.S. has repeatedly struggled with these issues. As they show, in the 1960s and early 1970s, the U.S. worked to find a modus vivendi under which Okinawa could be returned to Japanese control while securing the vital U.S. military presence. Then as now, domestic politics on the island served as the focal point for opposition to the U.S. bases, as candidates for governor made the bases and their removal key planks in their political platforms.

Following the reversion of Okinawa to Japan in 1972, the situation improved, in large part because of the influx of financial support to the island and steps to curtail or end direct U.S. involvement in resolving legal disputes about land.  But the flashpoints for Okinawan opposition to the military bases never entirely disappeared.  Incidents and accidents involving U.S. military personnel, often resulting in serious injury or death of Okinawa residents, provided repeated sources for political opposition to the bases. A pervasive anti-military sentiment, born of suffering the island endured during World War II, was pointed to – then and now – as a potent wellspring for opposing the U.S. military presence. Likewise, ethnic differences between the people of Okinawa and Japanese mainlanders provided another potent source of political friction.  As the September 30 election of an opponent of the U.S. presence to the post of governor of Okinawa shows, a final resolution of these issues still eludes Washington and Tokyo.

This briefing provided by State Department and Pentagon officials for the U.S. High Commissioner for the Ryukyus (Okinawa) Islands highlights U.S. concerns about how Japanese and Okinawan politics present challenges to the continued U.S. military presence on the island, which centered on two main problems: the Ryukyuan desire for greater autonomy from U.S. controls and the handling of Japan in relation to the islands. As one participant put it, "When the Ryukyuans itch, the Japanese scratch." Similar sentiments would be voiced as the U.S. sought a middle ground that would address Japanese and Okinawan political sensitivities while protecting American military interests as the U.S. and Japan negotiated the terms of Okinawa's reversion to Japan later in the decade

This document illustrates the deepening U.S. concerns, voiced most notably and strongly by U.S. Ambassador Edwin O. Reischauer, over possible political developments in Okinawa that could undercut U.S. military interests on the island, interests now vital due to the Vietnam War. Among the ideas Reischauer put on the table for discussion with the Army and State Department officials at the meeting was increased financial aid to Okinawa, negotiating a treaty that would secure U.S. rights to store nuclear weapons there, begin talks leading to the U.S. relinquishing all non-military control, and developing a way to covertly funnel money to the Japanese Liberal Democratic Party to use to influence upcoming Okinawan elections.

In this memorandum, long-time State Department Asia hand Richard Sneider warns that the U.S. has "reached the point of no return on reversion issue" because of pressures "built up" in Japan and Okinawa. The new factor in Okinawa reversion was the advent of recent political developments on the island that threw into doubt the previous assumption by the U.S. and Japan that the "big boys" in Washington and Tokyo would settle the issue and Okinawans would "dociley" accept the decision. Now Okinawa could intrude into reversion talks in two ways: through political protests leading to open incidents with U.S. forces, or through the "evangelistic" pressures for action by the newly-elected governor, Chobyo Yara. Sneider writes that this could be the first signs of a generational change in Japanese politics involving a greater demand for equality with the U.S.

This cable, from a retiring State Department official stationed at the U.S. consulate in Okinawa provides a summary of a detailed assessment of the environment for U.S. bases on the island. It covers the six years before and after Okinawa's reversion to Japan in 1972. The assessment concludes that the future of U.S. military bases depends on the skillful handling of local problems, especially with communities in the vicinity of bases, and the continued full support of the Japanese government. While the situation was much improved in comparison to the pre-reversion years, there were still sources of tension that must be managed in conjunction with Tokyo, whose administration of the island had removed the U.S. from the front line of many aspects of Okinawan life. One key source is the unfavorable attitudes held by Okinawans that are more pacifist and anti-military than anti-American, and are rooted in the island's World War II experiences. The island's news media also played a role with their ongoing criticisms of the U.S. military presence. The cable's author reluctantly concludes that there is "in fact an unbridgeable gap between the so-called feelings of the Okinawan people . . . and various activities our military services must engage in to carry out their assigned missions." (sic)

This cable from the U.S. consulate in Okinawa provides a good overview of the issues that confronted Washington before and after reversion, comparing the political, economic and social environment and how it has changed, largely for the better, since reversion. The principal reasons for this improvement were the reversion itself and Okinawa's assured place as an integral part of Japan; the end of the Vietnam War as a source of anti-military sentiment; and the assumption by Tokyo of overall responsibility for the island's well-being. Local autonomy was now totally in Okinawa's hands, removing many of the sources of earlier tension with the U.S. over legislation, elections, political administration, and resource allocations. Okinawa had enjoyed significant economic improvement as the result of Japanese support. The U.S. needed to continue to give close attention to preserving this positive environment, which could be shattered quickly in the event of unfortunate incidents, such as accidents involving U.S. military personnel that injured Okinawa residents.

As this document underscores, continued incidents involving military accidents as well as traffic accidents involving U.S. military vehicles in Okinawa resulted in a "hardening" of Okinawan feelings about the U.S. military presence. To address this, the Japanese official meeting with the American embassy officer asks if planned exercises might be cancelled, and seeks greater discipline to avoid future military vehicle accidents, the details of a number of which are discussed. As Numata tells Clapp, the more these accidents occur, the harder it is to defend the U.S. military presence on the island.

This paper, prepared for the Japan-U.S. Security Subcommittee Working-Level Consultations held on July 1-17, 1992, provides background and talking points on tensions caused by the presence of U.S. military facilities in Okinawa. As the 20th anniversary of Okinawa's reversion to Japan approached, first among the complaints of Okinawans was that little had been done to reduce U.S. military installations on the island since reversion, a complaint that had only grown with the end of the Cold War. To meet these complaints, the U.S. continued to take steps to reduce military training and disciplinary incidents, and to adjudicate land issues. While the presence of U.S. forces in Okinawa was secure for the foreseeable future, failure to address political controversies over the U.S. military presence could endanger any long-term continuation of that presence, which was deemed essential to the U.S. Regional Defense Strategy in the Pacific. To protect this interest, new approaches were needed to resolve some of the Okinawans' concerns while also preserving essential military capabilities and facilities on the island. In the U.S. view, the ball was in Tokyo's court, and the U.S. had not received credit for the steps it had already taken to address local concerns. Looking ahead, the U.S. was determined to ease friction in Okinawa over military land and training issues, so as to preserve long-term access. A key element in this area was the development of a long-term base consolidation plan for all U.S. facilities in Okinawa.

Nuclear Noh Drama: Tokyo, Washington and the Case of the Missing Nuclear Agreements