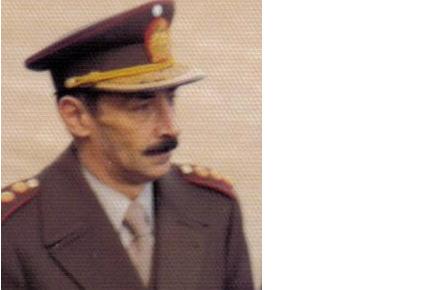 U.S. Embassy Reportedly Tried to Block Reports from Its Own Human Rights Officer

Documents Release [Tranche I]:
Office of the Director of National Intelligence, August 8, 2016

U.S. Office of the Director of National Intelligence: IC on The Record
Argentina Declassification Project
April 27, 2017

Washington D.C., April 27, 2017 – The infamous Southern Cone collaboration known as “Operation Condor” considered establishing “field offices” in the United States and Europe, and Condor members Argentina, Uruguay and Chile were “known to have followed through on plans for West European operations,” according to a declassified report from the Department of State’s Bureau of Intelligence and Research (INR), posted today by the National Security Archive.  The report describes Operation Condor as a trans-border, multinational effort by Southern Cone secret police services to track down and “liquidate” opponents of their regimes in the 1970s.

The highly classified “Secret/Exdis” report is among 931 Department of State records released today by the Trump administration and handed over to Argentine President Mauricio Macri during his visit to Washington today. The release marks the third “tranche” of declassified records provided to Argentina as part of a commitment made by President Obama to release intelligence documents on human rights abuses under the Argentine military dictatorship in the 1970s and 1980s.

During a trip to Buenos Aires that coincided with the 40th anniversary of the military coup on 24 March 2016, President Obama announced that the U.S. would begin an 18-month project to review and declassify pertinent intelligence records on the coup and repression that followed. In August and December 2016, the Obama administration turned over hundreds of documents to the Macri government.

The release today by the Trump administration includes a re-review of 857 documents previously withheld in part or in full from a release carried out by the Department of State in 2002, and 119 high-level documents selected for inclusion from two chapters of a forthcoming Foreign Relations of the United States (FRUS)volume on South America, 1977‒1980. (FRUS is the official State Department documentary record of U.S. foreign policy.)  The two previous releases were posted at the Office of the Director of National Intelligence “IC on The Record” site. The National Security Archive has reproduced the August 2016 release here, and the December 2016 release here.

“This release is another positive act of declassified diplomacy that began with Obama and is continuing under the Trump administration,” said Carlos Osorio, who directs the Southern Cone documentation project at the National Security Archive and has actively assisted the special Argentina declassification project.  Osorio also applauded the ongoing efforts by the U.S. officials in charge of the declassification effort to release as much detailed information as possible. “Historical accountability continues to play an important role in current US foreign relations.”

The numerous records in today’s release provide a trove of information for human rights advocates and foreign policy historians. They include files on the Carter Administration’s effort to prop up dictator Rafael Videla in 1977 against a more hard-line Navy chief, Emilio Massera, because Videla was supposedly open to the nuclear “Treaty of Tlatelolco and human rights.” The documents also cover the efforts of the U.S. Buenos Aires embassy human rights officer, Tex Harris, to break the censorship by Embassy superiors of his rich and unfiltered reporting to Washington; and describe how Assistant Secretary of State for Human Rights Patricia Derian fought to include graphic descriptions of torture in the State Department’s first annual human rights report on Argentina in 1980.

The dramatic revelations in this release include new information on the fate of disappeared militants from that era of repression in the Southern Cone, including the execution of the head of the Montoneros, Ruben De Gregorio, an Argentine citizen.  One 1978 cable states that “After interrogation by GOU authorities at the Fusileros Navales facility in Montevideo, De Gregorio was quietly turned over to Argentine authorities in keeping with close cooperation between GOU and GOA security forces.” De Gregorio was handed to the Argentine Navy Mechanics School ESMA clandestine detention center operatives and never seen again.

The National Security Archive today posted a sampling of seven documents from the latest release that provide further U.S. intelligence on human rights violations in Argentina and descriptions of U.S. policy decisions as the issue of human rights became a more substantive priority in U.S. foreign relations with Latin America and the world.

The Latin American Bureau (ARA) suggests that in Argentina, Chile and Uruguay there are major and ongoing human rights violations and questions if US security services should be working with the security/intelligence organizations in those nations. "ARA raised questions about the value of the liaison function in Argentina, Chile, and Uruguay. [ARA] suggest that in these countries human rights violations are such major problems that we should ask ourselves if we can afford to be connected in any way with these security/intelligence organizations. In the case of Chile, ARA objects strongly to CIA's requesting from DINA [excision] They regard Argentina as the most egregious human rights violator in the hemisphere. In Uruguay ARA is troubled by the question of whether one can really separate the ties with the DNII [Direccion Nacional de Informaciones e Inteligencia] of the Montevideo police from the impression of liaison with the police in general...." The counterargument, however is that the "[l]iaison [relationship] also contributes to our knowledge on human rights problems and may offer an opportunity to influence the foreign intelligence/security agency to pay more attention to human rights considerations."

After meeting Argentine General Rafael Videla in early September 1977 in Washington, the Carter Administration engages Videla as the moderate Junta head. His rival, Navy Commander Emilio Eduardo Massera, is attempting to portray Videla as a US "lackey". In this document, Assistant Secretary of State for Latin American Affairs Terence Todman recommends supporting Videla in the coming months, because of his "apparent commitment to the Treaty of Tlatelolco and human rights," by taking "early and favorable action... on arms transfers to Argentina."

Previously excised sections in this intelligence document reveal that "A degree of covert cooperation was formalized in mid-1976 under the code name Operation Condor .... Condor seems to have elicited initially enthusiastic support only from Chile, Uruguay, and Argentina. As the three Southern Cone countries most concerned about exile activities in Western Europe, they were the only Condor participants known to have followed through on plans for West European operations." "Peru has reportedly been invited to join Condor, and discussions continue concerning the possible opening of a 'field office' in Europe or the United States."

On November 16, 1978, Oscar Ruben De Gregorio, considered the commander of the Montoneros in Uruguay and Brazil, was arrested by Uruguayan authorities. The previously redacted section in this document reveals that "After interrogation by GOU authorities at the Fusileros Navales facility in Montevideo, De Gregorio was quietly turned over to Argentine authorities in keeping with close cooperation between GOU and GOA security forces." De Gregorio was transferred to the Argentine Navy and last seen at the infamous Navy Mechanics School ESMA clandestine detention center before being disappeared.

This previously excised transcription of a taped message by a human rights officer at the U.S. Embassy in Argentina, Tex Harris, reveals his frustration that his superiors are blocking his detailed reporting on human rights violations from reaching the Department of State in Washington. "I have come to a point where I believe the Embassy ... has crossed the boundaries of professional responsibility and is now limiting and delaying information to Washington to affect policy decisions."

This document is the transcript of the historic conversation between Argentine President Videla and U.S. Vice President Walter Mondale. At this meeting, the two reached an agreement to allow the visit of the Inter-American Commission on Human Rights to Argentina. In exchange, the U.S. permitted hundreds of millions in loans for Argentina to construct the Yacyreta hydroelectric dam.

State Department officials request that the secretary of state resolve a dispute between two versions of the annual human rights report written by the Bureau of Inter-American Affairs (ARA) and the Bureau of Human Rights and Humanitarian Affairs (HA) led by Patricia Derian. The ARA and HA versions contain important differences in the introduction and in the section describing torture in Argentina. According to ARA: "There has been substantial improvement in human rights ... in 1979 for which the GOA should be given credit. -- The length and weight of the historical detail of abuses tends to submerge the evidence of very real improvements, and makes it unduly severe and harsh in tone. It will be seen by the Argentines in this light." But HA's view is more critical: "as this is the first report on Argentina prepared during the Carter Administration, a more extensive treatment of historical antecedents is justified ...." On the issue of torture, according to the memorandum for Secretary of State Cyrus Vance, "ARA's version omits mention of torture methods. However, the guidelines approved last August by the Deputy Secretary for the preparation of all reports specifically requests the inclusion of this information. ARA's editorial revisions also soften the tone of this section" for fear of insulting the Argentine government. Secretary Vance approved the HA version.