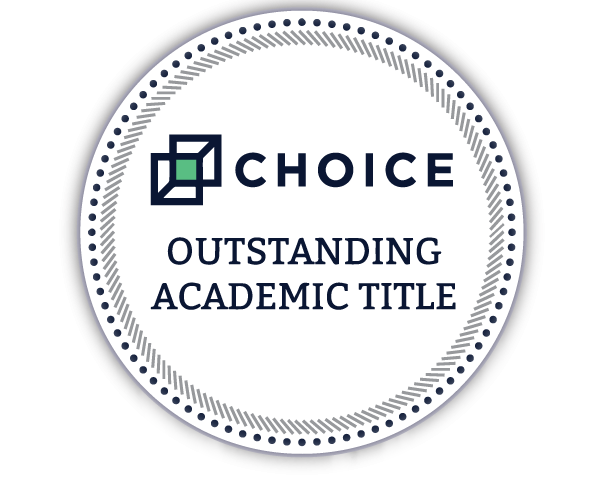 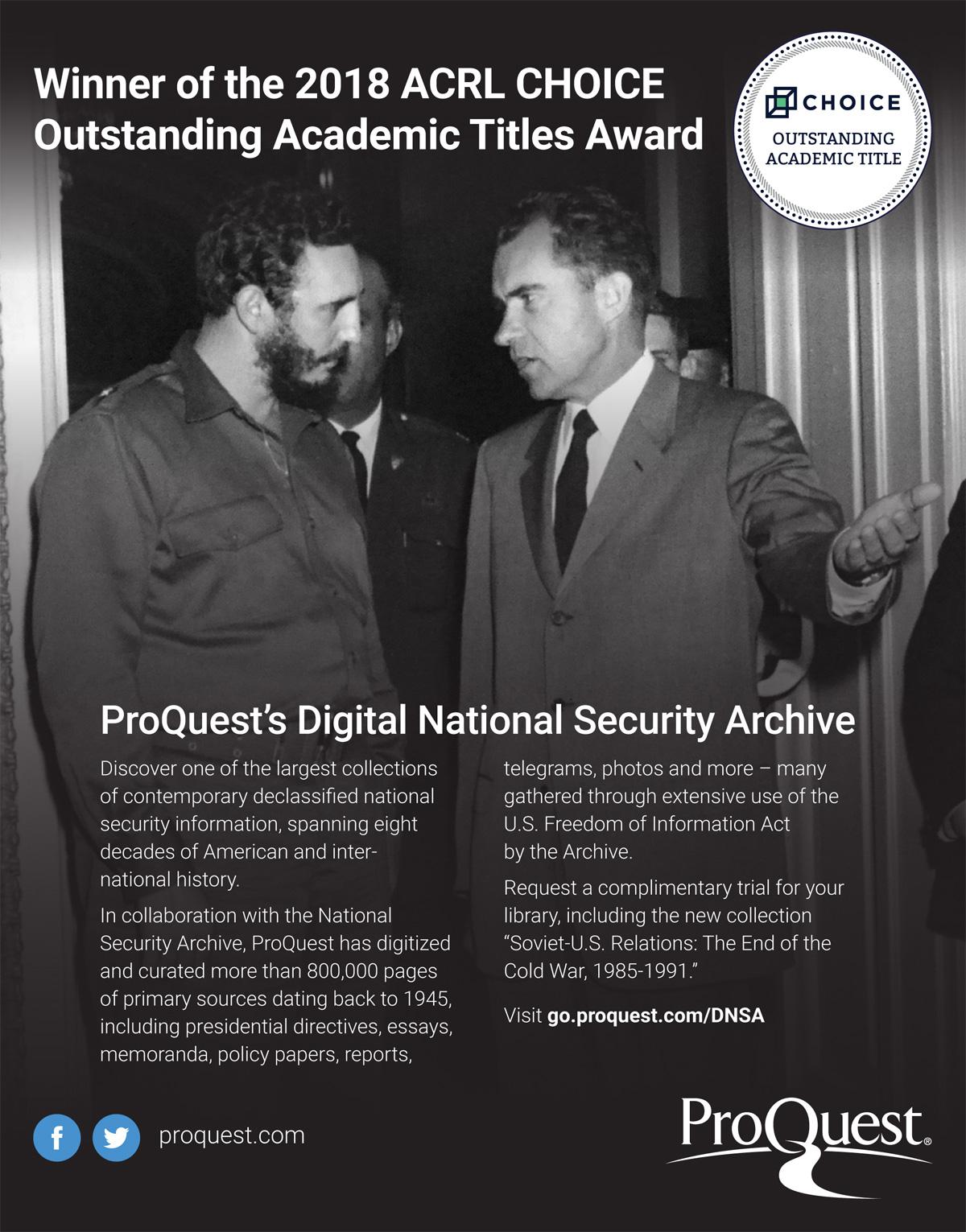 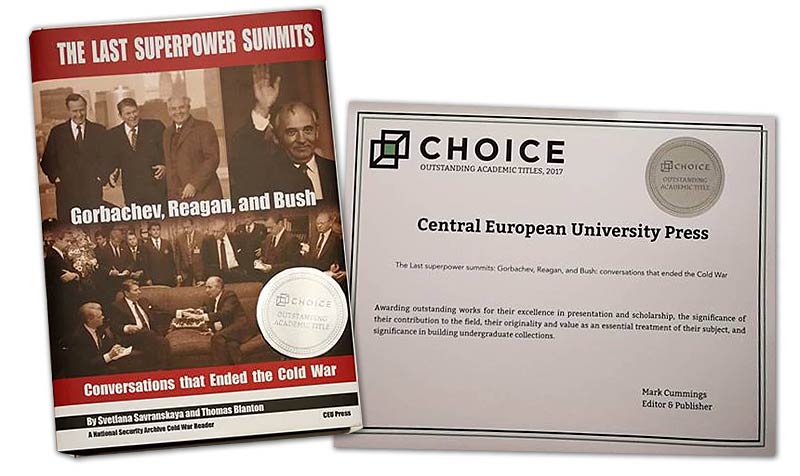 The Archive’s document volume,
The Last Superpower Summits was a Choice winner for 2017

The Digital National Security Archive (DNSA) is the Archive’s flagship publication series featuring declassified documents obtained through in-depth archival research and targeted requests under the Freedom of Information Act. It was launched in 1989 and includes 54 collections as of the end of 2018.  It is published by the academic publisher ProQuest.

Curated by foreign policy specialists with guidance from former officials and top academic experts, the materials are indexed by librarians using extensive item-level metadata and an in-house database of over 100,000 controlled authority terms.

Researchers can easily browse or search and identify specific records via multiple points of access (title, date, origin, destination, keyword, etc.), and go straight to facsimiles of the individual records.  Transcriptions of difficult-to-read items are provided, as are separate versions of materials that have been excised differently by government authorities at various times.

Topics range from the Cuban Missile Crisis to the war on terrorism, Afghanistan to Iraq, Argentina to the Philippines, and presidential directives to military uses of space. (A full listing of titles appears below.)

Over the years, DNSA has received praise from a variety of academic and library sources. Some examples:

"I am especially grateful for the work of the National Security Archive ... The Archive is a national treasure. Its digital collections proved invaluable to my research.” (Eric Schlosser, author)

“Specialists in U.S. national security policy, both scholars and journalists, will find the research collections of the Digital National Security Archive quite valuable.” (Chester J. Pach, Journal of American History)

“A magnificent achievement .... It is inconceivable that any serious student of the crisis, the nuclear age, the Kennedy Administration, or U.S.-Soviet relations in the post-war era would begin a study without the benefit of the Archive’s work in the Cuban missile crisis." (James G. Blight, (formerly) Harvard University)

“These documents provide unprecedented insight into the making of American foreign policy that only the Pentagon Papers have done before. They are a must for every journalist and academic who seeks to understand the inside story of foreign policy” (Raymond Bonner, former correspondent, The New York Times)

In 2017, the book The Last Superpower Summits: Gorbachev, Reagan, and Bush: Conversations that Ended the Cold War by Svetlana Savranskaya and Thomas Blanton won the same award. The volume is part of the National Security Archive Cold War Reader series published through Central European University Press.

Choice has been in publication for more than half a century. It publishes 600 reviews of books and digital content per month, identifying the best new and serves over 2,400 institutions worldwide. 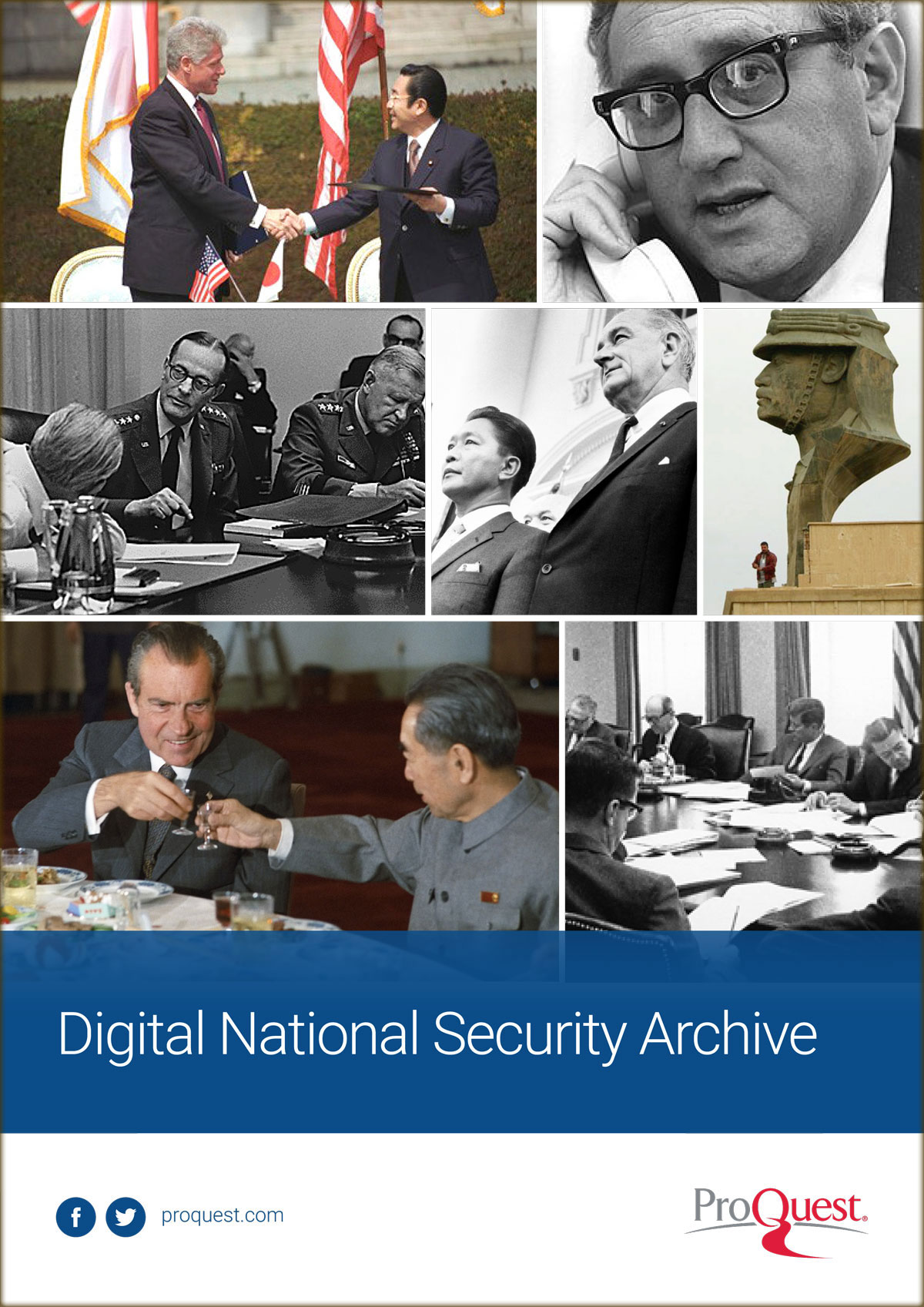 The third in the Archive’s unparalleled series of primary sources on the CIA’s dark side, curated by Pulitzer-nominated author John Prados, takes the story from the Bay of Pigs disaster into the most controversial secret programs of the Vietnam War such as the Operation Phoenix assassinations.

Cuba and the U.S.: The Declassified History of Negotiations to Normalize Relations, 1959-2016

Over 1,700 high-level documents on more than 50 years of secret dialogue between the U. S. and Cuba. Based on years of research, this unique set reveals the hidden history of back-channel presidential diplomacy that led to the historic re-establishment of relations in 2015.

2,000+ internal documents on one of the most significant U.S. foreign policy issues of our era.  Previously secret policy records from official U.S. and British sources encompass plans for regime change, war and occupation, and the controversy over weapons of mass destruction.