Former Colombian President’s Ranch Was Paramilitary Base, According to New Testimony 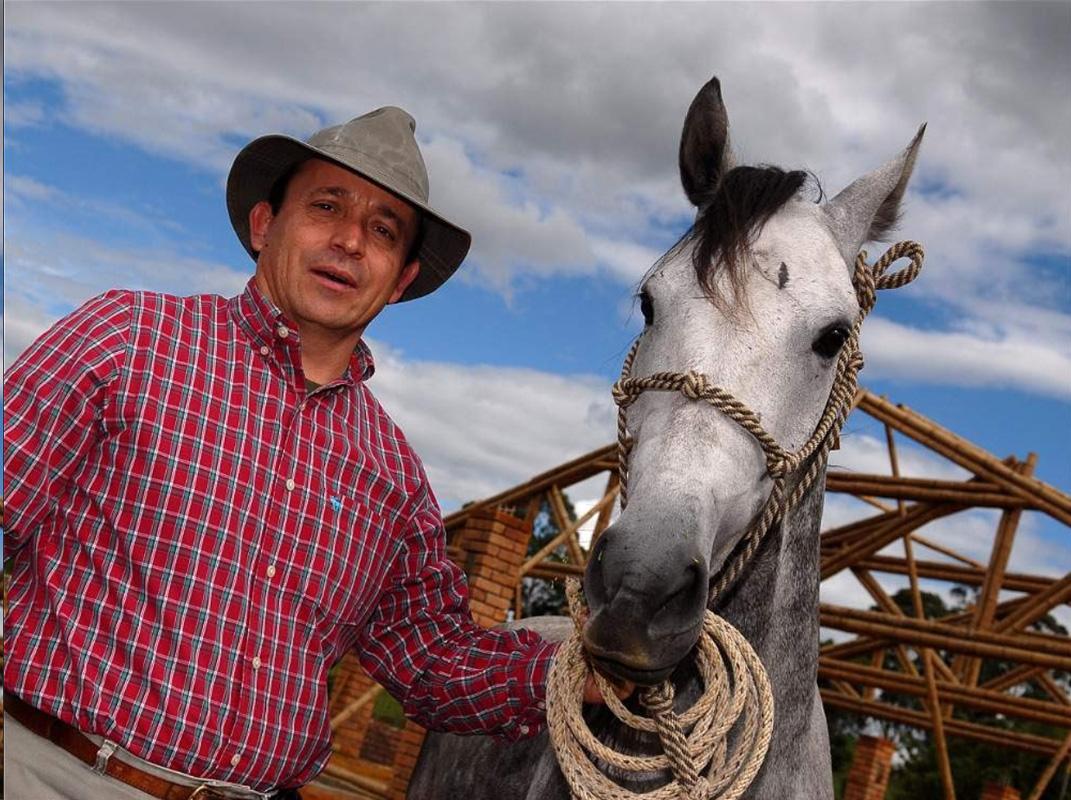 In Colombian Death Ranch Case, Some Fear Prosecution Will Be Buried
By Nicholas Casey
July 8, 2018

Washington D.C., July 9, 2018 – A ranch owned by former Colombian president Álvaro Uribe Vélez and other members of his family was the operational base of a deadly paramilitary group, according to the testimony of people who worked for the Uribe family in the 1990s.

The new evidence, which was reviewed by the National Security Archive, is the subject of an investigation published today in The New York Times featuring commentary from Michael Evans, director of the Archive’s Colombia documentation project.

In a series of declarations during the past year, three former employees of “La Carolina” ranch in Yarumal, Colombia, said that the Uribe family, and especially the former president’s brother, Santiago Uribe, had a close and friendly relationship with the presumed leader of the “Doce Apóstoles” (Twelve Apostles), a death squad that prosecutors say targeted petty criminals, drug addicts and the presumed supporters of insurgent groups like the Revolutionary Armed Forces of Colombia (FARC) and the National Liberation Army (ELN).

There has long been a perception in Colombia that Álvaro Uribe’s policies, first as governor of Antioquia and later as president, helped to foster the growth of illegal paramilitaries, which are responsible for most of the human rights abuses committed in recent decades. As governor of Antioquia, Uribe was one of the most prominent proponents of state-sponsored civil militia groups known as “Convivir,” some of which were fronts for, or worked in concert with, Colombia’s notorious paramilitary army, the United Self-defense Forces of Colombia (AUC).

But these new declarations are part of a growing body of evidence suggesting that the Uribe family was directly involved in training and directing the operations of the outlaw groups.

The revelations add fuel to ongoing Supreme Court investigations of the former president’s own ties to massacres and assassinations during the 1990s—acts the Court says are “crimes against humanity.” Prosecutors accuse Uribe of helping to plan paramilitary massacres in La Granja (1996), San Roque (1996) and El Aro (1997) while he was governor of Antioquia, and the February 1998 assassination of Jesús María Valle, an attorney and human rights defender working with victims in those cases. Earlier this year, prosecutors announced they would open another investigation of Uribe for witness tampering in relation to charges that he aided in the formation of the paramilitary Metro Bloc from his Guacharacas estate in San Roque.

The allegations against his brother, Santiago, follow a similar pattern. He was first investigated for his role in creating the Twelve Apostles in 1997, accused of training the paramilitary group at La Carolina, but the probe was dropped in 1999 for lack of evidence. The case was reopened in 2012 after a former Colombian police official, Juan Carlos Meneses Quintero, said that his forces carried out assassinations in collaboration with the Twelve Apostles and Santiago Uribe. Meneses said the group was formed and trained at the Uribe family ranch to “assassinate petty criminals, drug addicts, and guerrilla supporters,” the kinds of murders often referred to as “social cleansing.” Another key witness in the case, Eunicio Pineda Luján, who worked at a nearby ranch, said he was tortured by the group.

Santiago was arrested in February 2016 and is currently awaiting trial on charges of murder and conspiracy.

The newly-available testimony about the Uribe ranch stems from the related investigation of Jorge Alberto Osorio Rojas, currently a fugitive who prosecutors say was a top leader of the Twelve Apostles. The witnesses were located and questioned by investigators after Santiago Uribe provided the court with a list of former employees of the ranch, where the family bred and raised fighting bulls.

The evidence includes recorded statements and a written summary of previous witness declarations produced by the Colombian Judicial Police. Colombian authorities wanted to know what workers from La Carolina knew about Osorio Rojas and his alleged criminal activities, and whether they could help identify and locate another supposed member of the Twelve Apostles, Iván Darío Gallego, who used the alias “El Paisa.” Investigators also asked the witnesses about Fernando and Aide Botero, owners of the nearby ranch known as La Isla.

Álvaro and Santiago Uribe had a close, friendly relationship with Osorio Rojas, according to the ranch workers. One former ranch hand said that Santiago was “very intimate” and “very friendly” with the presumed paramilitary chief, who was also known as “Rodrigo” and “El Mono.” Asked who gave orders to Osorio Rojas, the witness said, “It was Santiago.”

A former cattle handler on the ranch said that Osorio Rojas and other presumed paramilitaries, including Pelusa and another known as “Carlos,” would arrive at the ranch ahead of Santiago’s visits and accompany him around the property.

Osorio Rojas, Pelusa and another paramilitary known as “Sabino” detained and mistreated people who passed by the ranch at night, he said; the victims were stripped, robbed and beaten. The cattle tender said that Pelusa—who used to run a cocaine processing facility that was later dismantled by police—would arrive in the morning with bound hostages in his car who were later assassinated. Pelusa and the others who accompanied Santiago during his visits to the ranch were “cleansing” the area of bad actors, according to his recorded statement.

A former domestic worker at the ranch said that Santiago came to the property almost every weekend, and that former president Álvaro Uribe—who at the time was a senator and later governor from the department of Antioquia—also visited frequently.

She said that two of her nephews, both employees of the ranch, were kidnapped and murdered one night at La Carolina.

“They worked there, they worked for so many years, two brothers,” she said, before armed men showed up one night, bound them, and took them away. They were found dead a few days later, “with their arms tied behind their back.”

She never learned who was responsible.

And while the ongoing criminal investigations of the Uribe brothers and paramilitaries like Osorio Rojas have raised hopes that such cases may eventually be solved, some are concerned that Colombia’s president-elect, Iván Duque, will try to derail ongoing investigations of his political mentor, Álvaro Uribe.

In a plan similar to one Uribe proposed last year, Duque has said that he wants to restructure the country’s high courts, one of which, the Colombian Supreme Court, is leading the investigation into the former president’s paramilitary ties.

“There seems little doubt that Uribe’s desire is to weaken or scuttle the rather serious investigations being brought against him and his family,” said Michael Evans, who heads the National Security Archive’s Colombian documentation project, in a quote provided to the Times.