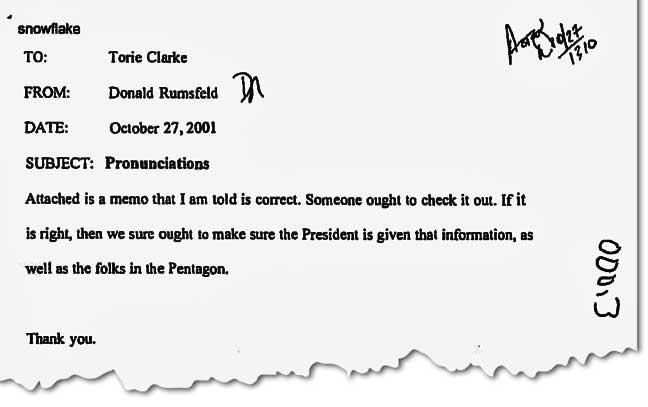 After a six-year fight with the Department of Defense, the researchers at the National Security Archive obtained thousands of memos written by former Secretary of Defense Donald Rumsfeld. NPR's Kelly McEvers talks with Nate Jones, director of the archive's Freedom of Information Act Project, about what the memos reveal.