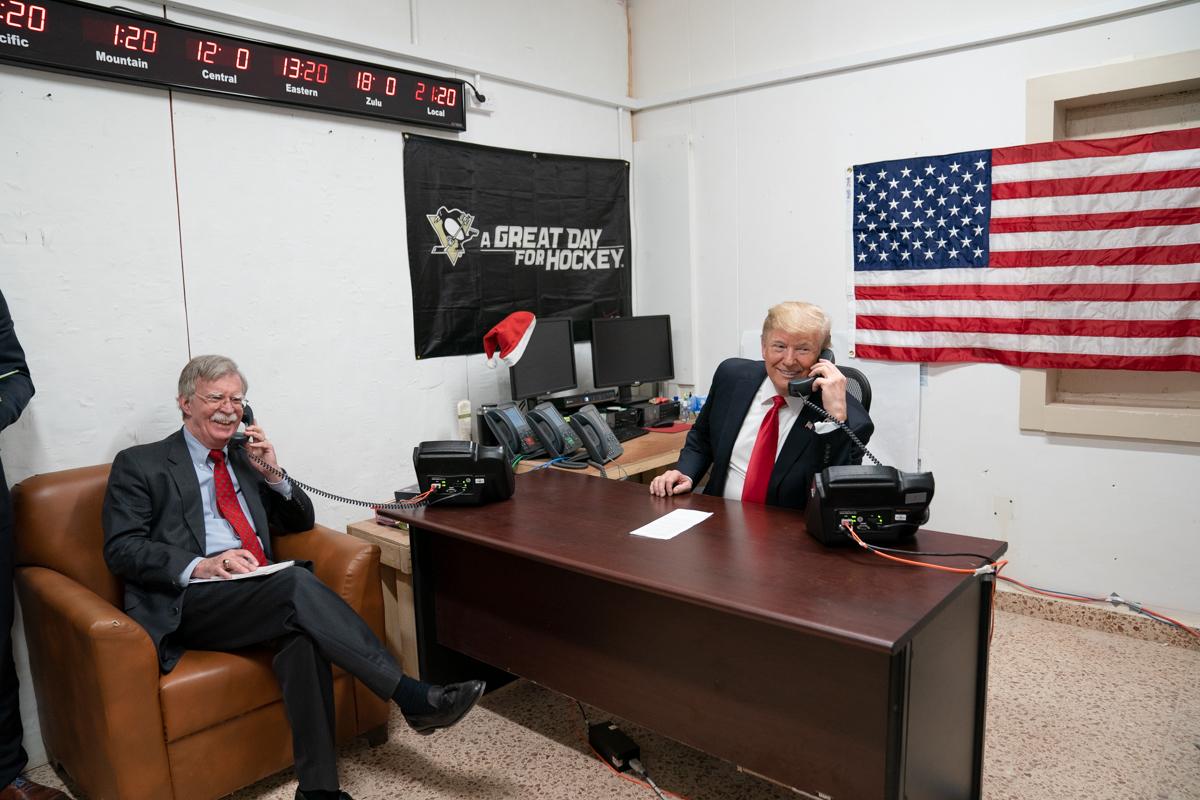 From Bolton in 2020 to Retired CIA Operative Kermit Roosevelt in the 1970s, Prepublication Review Has Plagued Memoirs of Former Officials

by the National Security Archive 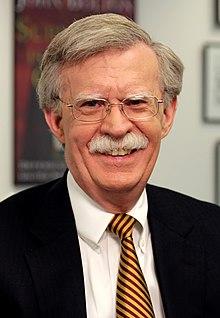 Washington, D.C., June 19, 2020 – As President Trump escalates attempts to quash publication of former National Security Adviser John Bolton’s book, The Room Where it Happened, on the grounds that it still “contains classified information,”  the National Security Archive today posted documentation on previous cases of “prepublication review” dating back to the 1970s that cast doubt on the administration’s blanket secrecy claims. The legal battle over Bolton’s memoir underscores long-standing complaints from prominent former White House, National Security Council, and CIA officials about the prepublication review process – that it has imposed censorship of non-classified information under the guise of protecting national security.

Bolton has been deeply controversial for years because of his extreme views on U.S. foreign policy and in recent months critics have rebuked him for seeking to profit from his memoir.  But the government’s allegations of multiple secrecy violations in a book by a former official raise issues that transcend politics and personalities, carrying implications far beyond this unusually high-profile case.

More than three decades ago, a former director of the CIA pointed up the potential problems with prepublication assessments by his own agency.  “The reviews as conducted by the CIA,” Adm. Stansfield Turner, who served as director of the agency during the Carter administration, testified before a House Subcommittee in 1988, “are subject to abuse and should be placed under some outside regulation.” The CIA’s vetting of his own book, Secrecy and Democracy, Turner informed Congress, was “a painful and costly process for me.”

Despite a Department of Justice petition for an injunction against publication filed in court this week, Bolton’s book has already been distributed to media outlets such as the New York Times, Wall Street Journal and Washington Post and is scheduled to go on sale on June 23. The book has already generated global headlines for its revelation that President Trump explicitly asked Chinese President Xi Jinping to assist his bid for re-election in November 2020 by increasing China’s purchases of agricultural goods in the farm states.

“I would print Trump’s exact words but the government’s prepublication review process has decided otherwise,” Bolton writes in his book about the episode, citing an example of deletions in the name of national security the government has already imposed on his manuscript.

“I will consider every conversation with me as president highly classified,” President Trump stated in threatening Bolton with criminal charges if the book is published — a claim that National Security Archive senior analyst Peter Kornbluh refuted as “false.” “Even the commander-in-chief cannot classify everything,” Kornbluh said. “If there is classified information still in the book,” the New York Times reported in a synopsis of Bolton’s memoir, “it is hard to figure out what it might be.”

Between January and April 2020, the National Security Council’s Office of Records and Access Management conducted a formal prepublication vetting of Bolton’s book; the director of the office, Ellen Knight, provided Bolton with 17 single-spaced pages of references to passages deemed to be classified information, according to Bolton’s lawyer, Charles Cooper. “Mr. Bolton and Ms. Knight spent almost four months going through the nearly 500-page manuscript four times, often line by line,” Cooper has written. Knight finished her review by April 27, and verified that she “was of the judgment that the manuscript draft did not contain classified information.”

But high-level Trump administration political appointees, Attorney General William Barr among them, now claim that the prepublication review process has not yet concluded. The delay, according to Cooper, “is a transparent attempt to use national security as a pretext to censor Mr. Bolton, in violation of his constitutional right to speak on matters of the utmost public import.”

“Since U.S. government agencies began submitting the memoirs of former officials to prepublication review,” according to Archive analyst Kornbluh, “the process has often become the go-to mechanism to censor embarrassing or illegal operations, rather than to protect legitimate secrets of state.”

Indeed, “PPR,” as prepublication review is referred to in internal records, has been controversial since the late 1970s when the CIA impeded the publication of retired agent Kermit Roosevelt’s memoir of the agency’s covert operations to overthrow the Iranian government in 1953 and install the Shah.  A milestone in the process was a 1983 Reagan National Security Decision Directive 84, Safeguarding National Security Information, that mandated “all intelligence-agency employees with access to highly sensitive information (specifically, ‘sensitive compartmented information’ or ‘SCI’) to sign a nondisclosure agreement requiring prepublication review of their manuscripts.”

The Reagan directive, which would have effectively applied CIA restrictions across the government, was suspended in 1984 after Congress blocked implementation over concerns that the nondisclosure agreement constituted a lifetime censorship oath. But federal agencies continued developing and enforcing their own prepublication review processes. As a result, in 2020, there is no uniform system across the government to vet manuscripts for publication; the process remains uncoordinated, opaque, incredibly time consuming, and individuals subjected to it often accuse it of being overly broad.  A 2019 lawsuit even challenged its constitutionality.  In 2017, Congress mandated the Office of the Director of National Intelligence to streamline the vetting process, but no new policy has been announced.

The disparate and expansive review system has ignited controversy and multiple lawsuits and court cases over the years. The National Security Archive in this posting is providing several of the most egregious examples of the prepublication review process gone wrong:

One of the earliest cases of the CIA requiring prepublication clearance was Kermit Roosevelt’s account of the 1953 coup d’etat in Iran. Roosevelt was on-the-ground coordinator of the operation in Tehran and a relative of two American presidents. In 1976, he first sought permission to publish Countercoup: The Struggle for the Control of Iran, not long after Victor Marchetti and Philip Agee had scandalized the intelligence community with their published, and in Agee's case unvetted, exposés of CIA operations.

CIA officials obstructed the publication of Countercoup for two years. At first, the agency’s Information Management Staff proposed that Roosevelt turn the manuscript into an article for their in-house journal, which would keep the material classified. He refused. Reviewers eventually itemized 156 points in the text they deemed unacceptable – largely covering sources’ identities, locations of CIA stations, and similar information. After months of negotiations, the former agent decided he had had enough, telling CIA lawyers, “I believe many of your objections are unreasonable.” Compromising on a few final points, the agency relented and McGraw-Hill published the book in 1979. By then, in the words of a CIA reviewer, the CIA imposed changes had rendered the book “essentially a work of fiction.”

Frank Snepp, a former CIA agent, refused to submit his book, Decent Interval, to a prepublication review, citing his First Amendment rights. The U.S. Government sued – not for exposing classified information but for breach of contract because the agreement he had signed on joining the agency called for prior review of written work. The case went to the Supreme Court with Snepp maintaining that the lower court rulings amounted to unconstitutional prior restraint.Without holding a hearing or accepting written arguments, the high court ruled (6-3) against Snepp, setting a precedent – possibly unintentionally – that granted the government sweeping authority to impose limits on former employees’ rights to publish their work regardless of whether they had signed a contract or whether secrets were at risk – the main principle of prepublication review.(Throughout the case, government attorneys acknowledged the manuscript contained nothing classified.)The SCOTUS ruling also overturned the appeals court’s decision on another element of the case involving the establishment of a constructive trust on the proceeds of Snepp’s book.As a result, the government was allowed to recoup all profits that would normally have gone to the author.

Even though he had been DCI—director of central intelligence—the CIA took two years to vet and approve Admiral Turner’s book in the early 1980s. In testimony before the House Legislation and National Security Subcommittee in August 1988, Turner presented a compelling set of arguments against the prepublication review process and urged Congress not to force officials in agencies outside the CIA and NSA to undergo such vetting.In his remarks — also vetted by the CIA’s prepublication review board — Turner noted that he was barred from publishing information that he had already delivered in an unclassified speech and lambasted the time it took – two years – for agency staff to clear his book. “To rub salt in the wounds, it took the agency 21 months – let me repeat that, 21 months – ... to be permitted to say just what the CIA representative had said in court. That is a gross abuse of the constitutional right of a citizen to free speech, in my opinion." Turner recommend limiting the prepublication review process to 10 years following separation from the Agency.

At the conclusion of his testimony Turner emphasized a point that remains particularly relevant as the battle over Bolton’s book unfolds:“Our form of government is built on the assumption of a well-informed electorate. As we stifle expression from people with first-hand experience in government, we reduce the likelihood that the electorate will be well-informed .... Unless there is a compelling case for secrecy, we should always come down on the side of openness.”

Former Intelligence Community empoyees in recent years have continued to lodge formal complaints – and lawsuits – against a variety of agencies in connection with onerous, unjustified, and allegedly unconstitutional prepublication review requirements.The Knight First Amendment Institute at Columbia University and the ACLU recently challenged the prepublication review system in federal court. The suit, Edgar v. Ratcliffe, targets the entire review system – which requires former intelligence and military officials to submit any fiction or nonfiction writing that relates to their government work to government censors to ensure no government secrets are disclosed – rather than a specific piece of writing. The plaintiffs, all former Intelligence Community members, argue that the system, which was initially limited to a select group of CIA employees but is now a routine part of obtaining a security clearance, is “dysfunctional,” ambiguous, and restricts free speech and due-process rights. The final item included in today’s posting is the April 2, 2019, complaint in the case.

DOCUMENTS RELATED TO THE ABOVE CASES

C-SPAN
June 24, 2020
National Security Archive director Tom Blanton talked about the battle over the publication of John Bolton’s The Room Where It Happened and the process to which former government officials have to adhere to have their books published. 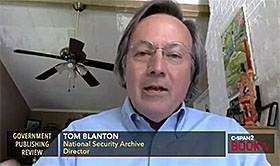