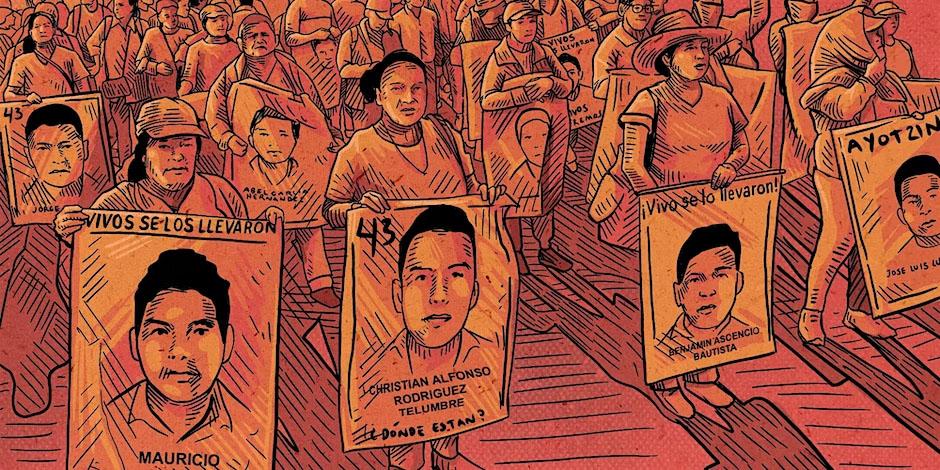 On January 26, 2023, the National Security Archive, Reveal (from the Center for Investigative Reporting), and the Washington Office on Latin America (WOLA) invite you to a public conversation about ongoing efforts to seek justice for the 2014 forced disappearance of 43 students from Ayotzinapa Rural Teachers College in Mexico. The panel of experts will discuss the initial government cover-up, the unraveling of the government’s subsequent investigation, and how the case fits into the broader human rights crisis in Mexico.

On September 26, 2014, students from the college were attacked by police and a criminal gang. Forty-three of them were taken away in the backs of police trucks and never seen or heard from again. The crime shook the country, sparked international outcry, and raised alarming questions about the extent of complicity between Mexican security forces and organized criminal groups targeted in the U.S.-sponsored “war on drugs.” The students are among an estimated 110,000 victims of forced disappearance in Mexico.

The January 26 panel will include the Archive’s Kate Doyle and Reveal’s Anayansi Díaz-Cortes, producers of “After Ayotzinapa,” the three-part series that The New York Times called one of the “best podcasts of 2022.” They will be joined by Omar Gómez Trejo, a Mexican human rights lawyer who served as lead prosecutor in the Ayotzinapa case from 2019-22 (and is featured in the podcast), and WOLA’s Director for Mexico, Stephanie Brewer, for a discussion of the podcast (with sound clips), recent developments in the case, and the ongoing crises of forced disappearance and impunity in Mexico. The session will be moderated by WOLA’s Vice President for Programs, Maureen Meyer.

The event will be in-person. English and Spanish interpretation will be provided. 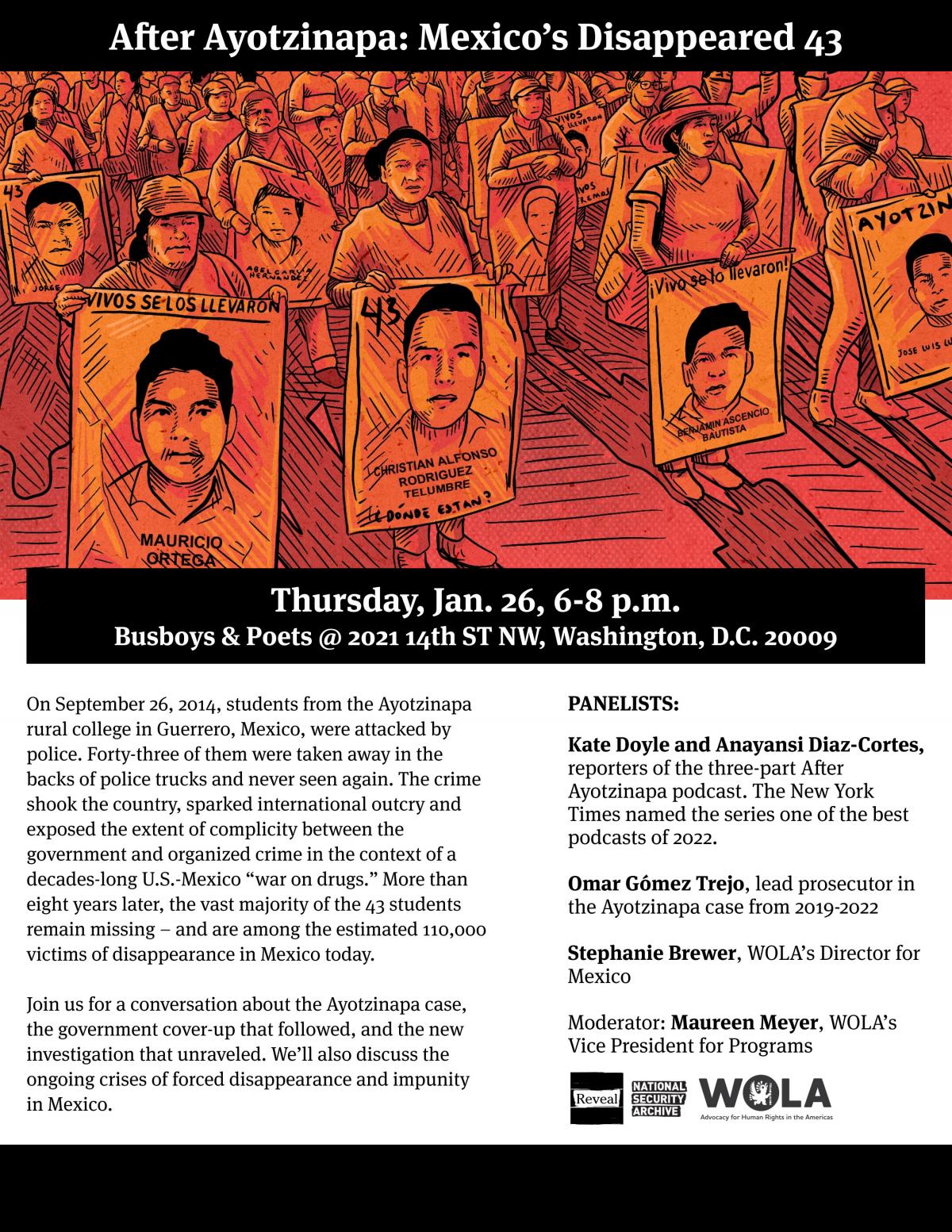