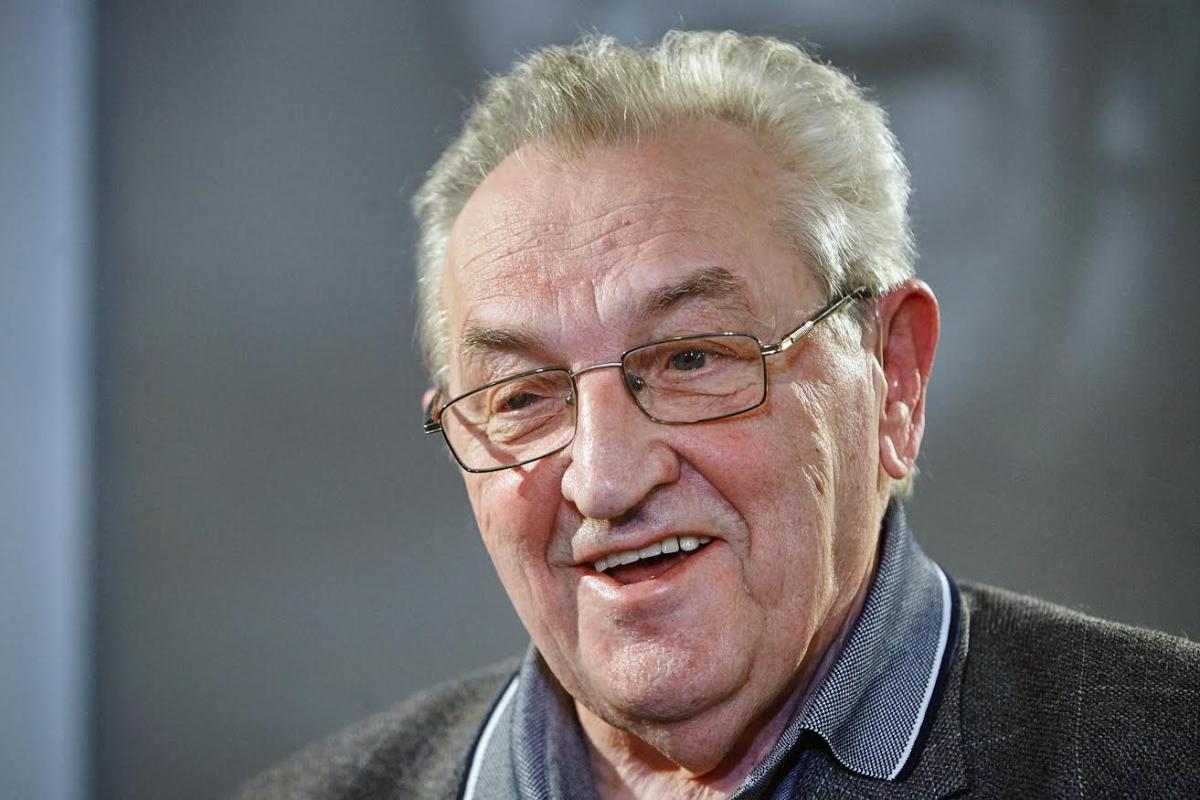 The National Security Archive salutes the distinguished Czech scholar, partner and inspiration for the Archive, on his 90th birthday: “Na zdraví!”

By Tom Blanton and Malcolm Byrne 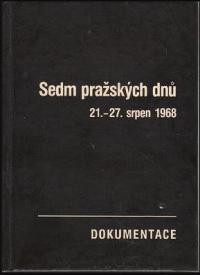 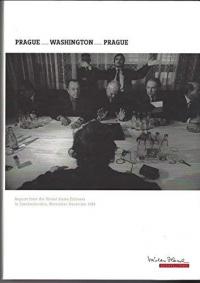 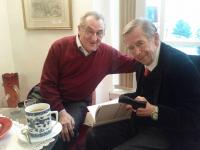 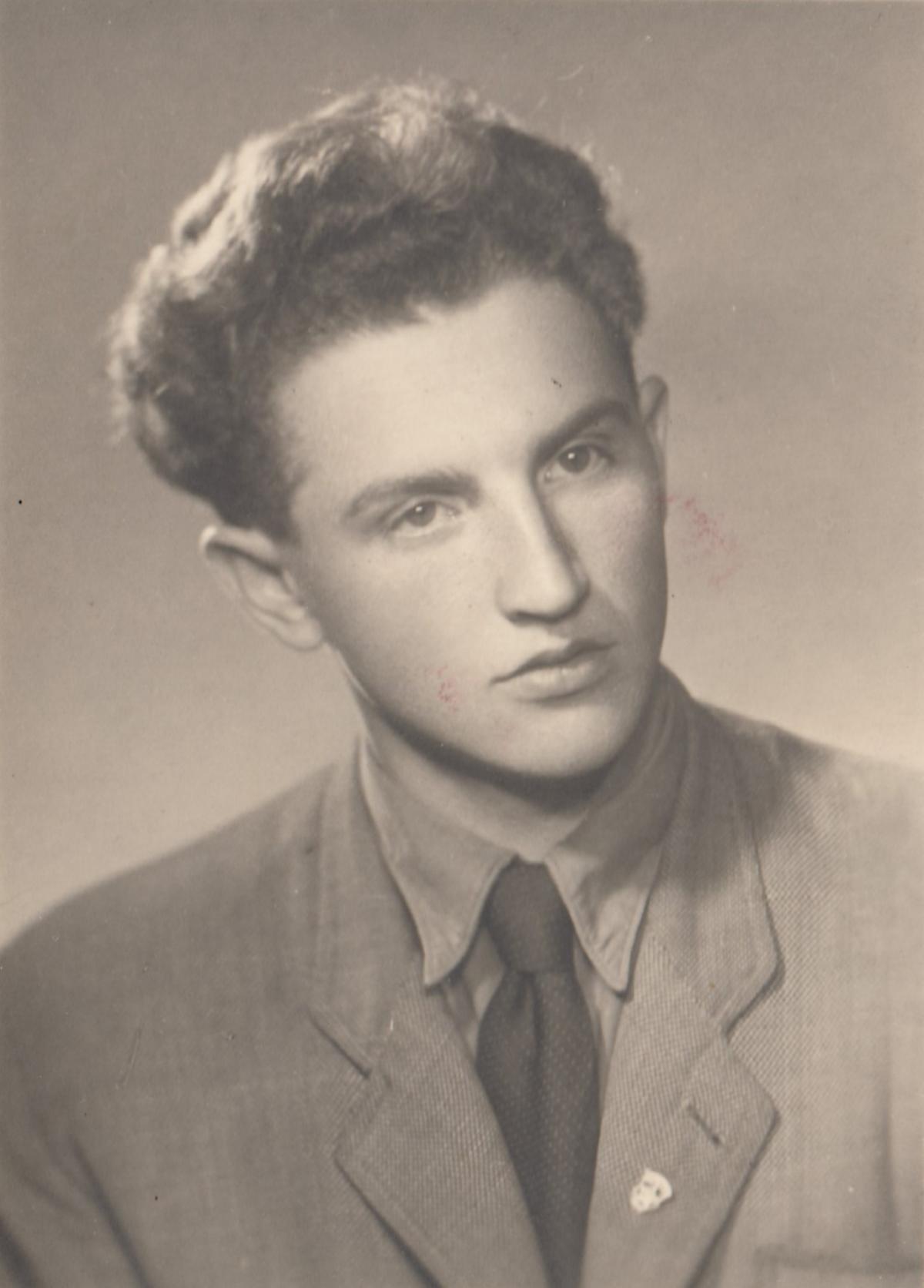 Washington, D.C., January 9, 2023 – The National Security Archive today celebrates the 90th birthday of our longtime scholarly partner and moral inspiration, Vilém Prečan, with this Web publication using new mobile-friendly software for four electronic briefing books he compiled and edited for the Archive, and the complete briefing book from the historic 1999 conference he organized with us on the Velvet Revolution of 1989.

Prečan’s distinguished career includes early landmark scholarship on Slovak history, the courageous documentation with “meticulous eyewitness accounts” of the Soviet occupation of Prague in August 1968, forced exile in the 1970s, the founding of the Czechoslovak Documentation Centre as the center of a large dissident network leading up to 1989, return to Prague as the first director of the new Institute of Contemporary History at the Academy of Sciences in the 1990s, and a key role in establishing the Václav Havel Library in 2004, among many other achievements.

From the Archive’s perspective, Vilém Prečan’s genius arises from two deep moral commitments. First is the urgency of skeptical inquiry that drives his lifelong challenge to authoritarianism. Second is the necessity of evidence, his insistence on preserving and publishing the primary sources that ground our mutual history and deflate polemics.

Today’s Web salute to Vilém Prečan begins with his edited and annotated compilations of essential documents on Charter 77, the epochal dissident declaration and movement from 1977 onwards against the Communist regime in Czechoslovakia and against authoritarian ideas worldwide. Next is Prečan’s edition of documents on the January 1989 week in Prague remembering the self-immolation 20 years earlier of Jan Palach protesting the Soviet invasion and crushing of the Prague Spring. The week in retrospect was a turning point towards the collapse of Communism by year’s end.

Third is Prečan’s documentation of the extraordinary refugee flood from East Germany through Czechoslovakia in the fall of 1989, which presaged the fall of the Berlin Wall in November. Fourth is a selection of documents from the book Prague-Washington-Prague, the first volume published by the Václav Havel Library, edited by Prečan in both English and Czech, based on the cables reporting from Prague by the U.S. Embassy during the Velvet Revolution of November-December 1989. Those cables were the result of Freedom of Information Act requests by the National Security Archive, now put to superlative scholarly use and publication by Vilém Prečan.

Today's posting only touches on Prečan's innumerable achievements. Of particular significance to us was his role in inspiring and helping to organize two major international conferences with the Archive that brought to world attention hidden chapters of Czechoslovak history during the decisive years of 1968 and 1989. The Archive joins Prečan’s many other well-wishers in celebrating his birthday and recalling the importance of these and other remarkable achievements on behalf of historical scholarship and principled resistance to authoritarianism. We look forward to continuing this essential partnership with Vilém for years to come.

Prague Communists Called for Wall to Open on November 8, 1989
Nov 8, 2009 | Briefing Book
Just before the fall of the Berlin Wall 20 years ago, even the hardline Czechoslovak Communist leaders called for the opening of the German border, according to…

The Velvet Revolution Declassified
Nov 17, 2004 | Briefing Book
Fifteen years ago today, a modest, officially sanctioned student demonstration in Prague spontaneously grew into a major outburst of popular revulsion toward the…

The Czechoslovak Documentation Centre (Československé dokumentační středisko, o.p.s.) is a non-profit organization registered at the Commercial Court for Bohemia, Prague. It is a non-governmental research and documentation institution concerned with the history of the anti-totalitarian resistance in Czechoslovakia and abroad during the Communist era, 1948–89. 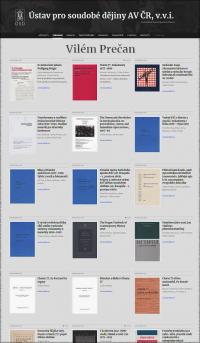 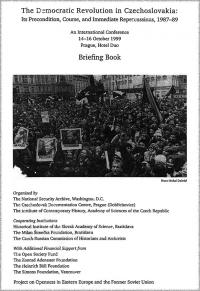 Complete documentary briefing book for the historic 1999 Prague conference on the revolution of 1989 in Czechoslovakia.

See also the Openness in Russia and Eastern Europe project