“Researching Covert Operations in Iran:” A Conversation with Mark Gasiorowski

The National Security Archive at The George Washington University is pleased to present a roundtable discussion with Prof. Mark Gasiorowski, for many years a leading scholar of U.S.-Iran relations.

Perhaps best known for his studies of the 1953 coup that restored the Shah to power, Prof. Gasiorowski has routinely broken new ground through original archival discoveries and analysis on topics from the 1958 Qarani Affair to U.S. assessments of the Tudeh Party, CIA planning for anti-Soviet stay-behind operations, the 1980 Nozheh coup attempt, and Washington’s bid to rebuild ties with Tehran after the revolution.

His books are widely cited – including Neither East Nor West: Iran, the Soviet Union, and the United States (Yale, 1990), U.S. Foreign Policy and the Shah: Building a Client State in Iran (Cornell, 1991), and the award-winning Mohammad Mosaddeq and the 1953 Coup in Iran (Syracuse, 2004).

His publications stand out for their extensive use of assorted national archives and for his in-depth interviews with American intelligence officers, diplomats, and other historical actors. In December 2020, after a career spent mostly at Louisiana State University and Tulane, along with visiting professorships at Tehran University and St. Antony’s College / Oxford, he retired from academia to pursue other longstanding interests – the move that prompted this event!

After brief reviews of some of the highlights of his academic career by a panel of well-known Iran experts, Prof. Gasiorowski will focus his own talk on “Researching Covert Operations in Iran,” covering not only the Mosaddeq period but also more recent events such as George Cave’s mission to Tehran following the revolution. He will also touch on his research experiences including many visits to Iran; areas for future study on the 1953 coup; and other Iran-related matters – in short, topics of broad interest to specialists and students alike.

Roham Alvandi – Associate Professor of International History at the London School of Economics and Political Science, where he also directs the LSE IDEAS Cold War Studies Project. He is the author of the award-winning Nixon, Kissinger, and the Shah: The United States and Iran in the Cold War (Oxford, 2014), and is most recently editor of The Age of Aryamehr: Late Pahlavi Iran and its Global Entanglements (Gingko Library, 2018).

Farideh Farhi – An Independent Scholar based in Hawai’i, her publications include States and Urban-Based Revolutions in Iran and Nicaragua (Illinois, 1990), Power and Change in Iran: Politics of Contention and Conciliation (co-edited with Daniel Brumberg) (Indiana, 2016), as well numerous articles and book chapters on comparative analysis of revolutions and contemporary Iranian politics and foreign policy.

Malcolm Byrne – Director of the U.S.-Iran Relations Project at the nongovernmental National Security Archive; author or editor of volumes on U.S. policy toward Iran, most recently Iran-Contra: Reagan’s Scandal and the Unchecked Abuse of Presidential Power (Kansas, 2014); and co-author of the forthcoming Worlds Apart: A Documentary History of US-Iranian Relations, 1978-2018 (with Kian Byrne) (Cambridge, 2021). 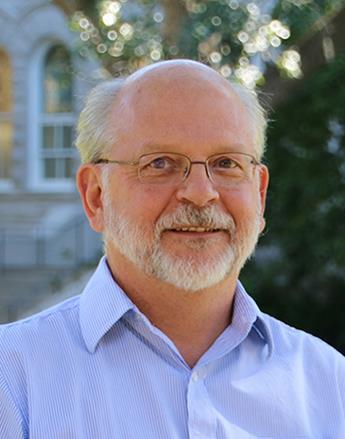