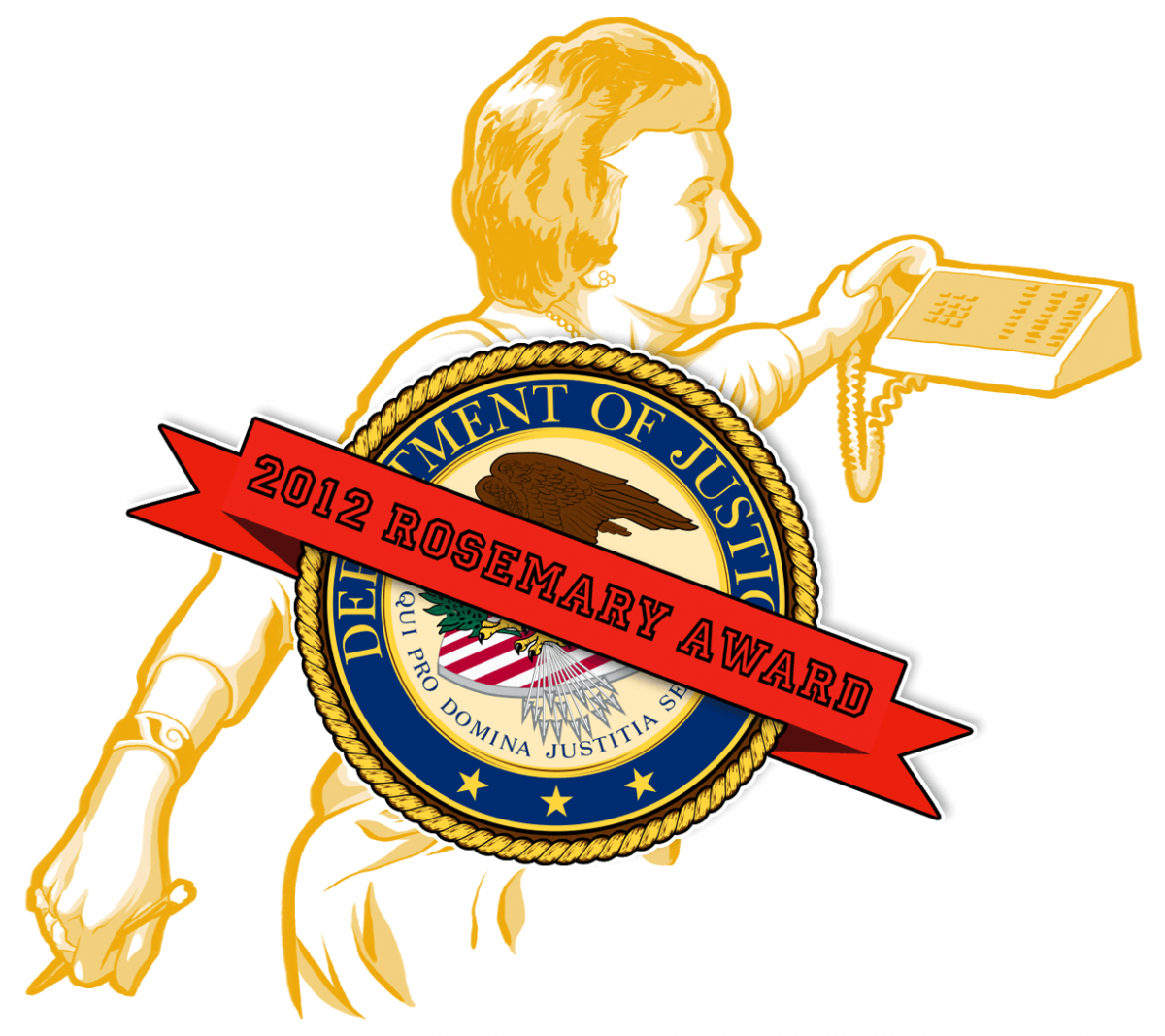 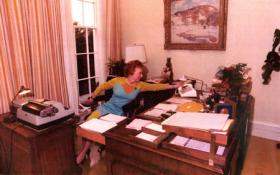 The Department of Justice has earned the dubious distinction of winning the infamous Rosemary Award for the second time in a row, for worst open government performance of any federal agency over the past year, according to the award citation posted today by the independent non-governmental National Security Archive at www.nsarchive.org.

During the past year, Justice has failed to order agencies to upgrade their Freedom of Information regulations to comply with Congress's statutory changes (dating back to 2007) or President Obama's direction of a "presumption of disclosure." Similarly, Justice failed to change its litigation posture in Freedom of Information lawsuits to support openness, and in fact actually backed agency efforts to undermine the 2007 OPEN Government Act. The Department and its Office of Information Policy continued, for the third year in a row, to publish misleading statistics about FOI responsiveness, while the government-wide use of discretionary exemptions, such as the "deliberative process" privilege, rose dramatically from the previous year.

The Emmy- and George Polk Award-winning National Security Archive, based at The George Washington University, has carried out twelve government-wide audits of FOIA performance (including the Knight Open Government Surveys), filed more than 50,000 Freedom of Information requests over the past 25 years, opened historic government secrets ranging from the CIA's "Family Jewels" to the Iraq invasion war plans, and won a series of lawsuits that saved hundreds of millions of White House e-mail from the Reagan through the Obama presidencies, among many other achievements.

The Archive established the Rosemary Award in 2005 to highlight the lowlights of government secrecy, and named the prize after President Nixon's secretary, Rose Mary Woods, who testified that she had accidentally – while stretching to answer a phone call – erased 18 and a half minutes of a crucial Watergate tape.

Justice clinched the intensely competitive award with the appearance before the Senate Judiciary Committee on Wednesday March 13, 2013 by the director of the department's Office of Information Policy, Melanie Pustay, who refused to answer senators' questions about department litigation that would undermine the OPEN Government Act of 2007 authored by Senators Leahy and Cornyn. For the video, visit the Senate Judiciary Committee site.

The Department's testimony claimed that updating agency Freedom of Information regulations was merely optional, "not required" when Congress changed the law in 2007 or when the President and the Attorney General changed the policy in 2009. Director Pustay quickly asserted, however, that her own agency was in the final stages of updating its own FOIA regulations – to which Senator Leahy replied, it's been five years since we changed the law, it took me less time to get through law school!

As the Department's lead entity for enforcing compliance with the Freedom of Information Act, the Office of Information Policy remains the primary impediment for raising the U.S. government's implementation of FOIA to the levels demanded by President Obama, according to today's Rosemary Award citation.

The National Security Archive's latest audit of federal agency FOIA performance shows that 53 out of 100 agencies have not updated their regulations since Congress changed the law in 2007. The Archive's findings also reveal that updated regulations are no guarantee of good regulations, since only one of the three agencies that updated since December 2012 complied with the requirements of the 2007 statutory changes.

Several witnesses and Senators' questions at the March 13 hearing exposed the Justice Department's attempt to eviscerate the OPEN Government Act of 2007 by backing the Federal Election Commission in their litigation against the public interest group CREW. The FEC claims that a postcard acknowledgement amounts to a "determination" under FOIA, and thus meets the 20-day response standard in the law, retaining the threat of fees that the 2007 act meant to remove when agencies were untimely in their responses to requesters. Director Pustay told the Senators she couldn't comment on pending litigation.

The Justice Department also earned the Rosemary Award by failing to do any review of FOIA litigation to apply the new Obama openness policies. The problem dates back to the Attorney General's memo from March 2009 that included a huge loophole, leaving it up to the Department's litigators to apply the new standards "if practicable"! In stark contrast, President Clinton's Attorney General Janet Reno included a formal requirement for litigation review in her 1993 memorandum on FOIA. Subsequently, the Department reported back in 1994 that the review actually produced significant new disclosures.

The Justice Department continues to stretch the truth on FOIA responsiveness, claiming for three years now a "release rate" of over 90 percent. However, as witnesses pointed out at the Senate Judiciary hearing on March 13, that number willfully ignores the real experience of FOIA requesters, in part by discounting 9 of the 11 reasons that the Department sends them away unsatisfied ("no records," "referrals," "fee-related problems," "not reasonably described" etc.). Counting those categories, the actual "release rate" would be a more pedestrian – and more realistic – 55 to 60 per cent.

These fudged statistics and prohibitive FOIA procedures have real world implications for citizens attempting to see documents describing what their government is up to. For example, in January 2013, the Justice Department denied a New York Times FOIA request for its White Paper (provided to Congress) on the legal bases for drone targeting, claiming the b-5 deliberative process exemption, which has essentially come to mean "withhold it because you want to withhold it." This is the very exemption that Attorney General Eric Holder, in his March 2009 Memorandum on FOIA, instructed agencies to use less frequently, writing that information should not be withheld simply because an agency "may do so legally."

Four days after the unclassified memo leaked to NBC News, however, the Justice Department released the document "as a matter of agency discretion." The release actually shows that the Department had no basis for withholding the White Paper in the first place. Instead, the DOJs public message seems to be: "leaks work better than FOIA." White House spokesman Jay Carney apparently agreed, stating at a press conference after the leak, "Since it's out there, you should read it."

In fairness (which is not the point of the Rosemary Award), today's citation recognizes that the Justice Department has also taken steps that actually improve transparency. These include prodding agencies to close their ten oldest FOIA requests (though some requests have still been languishing for more than 20 years), requiring regular and even quarterly FOIA reports from all agencies, co-hosting "requester round table meetings," and encouraging agencies to send FOIA staff to American Society of Access Professionals (ASAP) training sessions. (The Department's Office of Information Policy actually received an award from ASAP in 2012, but this was for its support of ASAP as an organization, not for Justice's FOIA policies and practices.)

Unfortunately, these welcome improvements have to be weighed against the more troubling evidence of policy-level disregard for basic considerations of openness that the Department has displayed. At the same time that Justice Department OIP director Pustay testified with a straight face that "all agencies are in compliance with the OPEN Government Act," her own agency was fighting in court to eviscerate that Act's primary enforcement mechanism, propagating misleading FOIA statistics, and failing to implement her own Attorney General's instruction to establish "a presumption of disclosure."