Washington, D.C., April 25, 2017 – Media mogul Agustin Edwards Eastman, who was widely regarded as the Rupert Murdoch of Chile, died on April 24, at age 89, leaving a legacy of close collaboration with Henry Kissinger and the CIA in instigating and supporting the September 11, 1973, military coup.  Edwards was the only Chilean—civilian or military—known to meet face-to-face with CIA Director Richard Helms in September 1970 in connection with plans to instigate regime change against Socialist leader Salvador Allende, who had just been elected president.

Declassified CIA and White House documents posted today by the National Security Archive at The George Washington University show conclusively what Edwards repeatedly denied – that he and his newspaper, El Mercurio, became a critical part of U.S. plans to foment a military coup against President Allende.

September 15, 1970, was a dramatic day in the life of Chilean media mogul, Agustin Edwards Eastman. His day began at 8am, with breakfast in the office of Henry Kissinger, then national security advisor to President Richard Nixon. At 9:15am, Kissinger had arranged for Edwards to secretly see Nixon in the Oval Office. Although there is no documentary record that the meeting with the president took place, later that day at the Madison Hotel in downtown Washington D.C., Edwards became the only Chilean—civilian or military—known to meet face-to-face with CIA Director Richard Helms. At 3:25pm that afternoon, President Nixon called Kissinger and Helms into the Oval Office and instructed them to covertly try to “save Chile” by orchestrating a military takeover. “I have this impression that the president called this meeting,” Helms later testified before the U.S. Senate, “because of Edwards’ presence in Washington and what … Edwards was saying about conditions in Chile.”

Edwards’ extraordinary influence on U.S. policy and CIA intervention in Chile did not stop there. When CIA covert action—which included the assassination of Gen. Rene Schneider—failed to block Salvador Allende’s inauguration, the Edwards media empire became the leading clandestine collaborator in fomenting a military coup d’etat. President Nixon personally authorized covert CIA funding to sustain El Mercurio so that it could become a media megaphone of opposition, agitation and misinformation against the Allende government. In the aftermath of Allende’s overthrow, the CIA explicitly credited its media propaganda project in Chile for playing “a significant role in setting the stage for the military coup of 11 September 1973,” and continued to secretly funnel money to the Edwards group so that El Mercurio could “present the Junta in the most positive light for the Chilean public.”

Throughout his long life, Sr. Edwards denied any of these things ever happened. He claimed that he and El Mercurio never received any secret funding from the CIA; on the meeting with Helms, according to his sworn testimony before Chilean Judge Mario Carroza, he declared: “esta reunión se efectuó días después de la elección de Salvador Allende oportunidad donde se comentó las circunstancias de haber salido un presidente comunista en un país democrático, pero en ningún caso se pensaba en un Golpe de Estado o algo parecido.” (Translation: “this meeting took place a few days after the election of Salvador Allende which gave me the opportunity to comment on the circumstances that had permitted a communist president to win in a democratic country. At no time did we discuss a coup or anything like that.”)

But formerly classified White House and CIA records on U.S. intervention in Chile posted by the National Security Archive today provide the historical truth that, during his life, Edwards could never admit. Among the key revelations in the documents:

** During his lengthy conversation with CIA Director Helms and one of his top aides, Kenneth Millian, Edwards not only pushed for a U.S.-backed, preemptive, coup to block the inauguration of the duly elected next president of Chile, Salvador Allende; he also provided detailed intelligence on potential coup plotters in the Chilean armed forces and discussed “timing for possible military action.” According to the CIA memorandum of conversation with Edwards, titled “Discussion of Chilean Political Situation,” they systematically reviewed the strength and coup potential of each branch of the military. During the discussion of the Navy, “Edwards described Rear Admiral Fernando Porta, Commander-in-Chief of the Navy, who opposes Allende, as indecisive and overly cautious.” He reported that “Of 11 Navy admirals, eight are anti-Allende and three are pro-Tomic, including Rear Admiral Luis Urzua Merino, Commander of the Marine Corps.” Later in the conversation, Edwards informed the CIA that “after discussing the post-election situation with [General Camilo] Valenzuela and some of the key Naval officers they were concerned with two basic points: 1) If the Chilean Government were overturned in a military action, would the new government then installed receive diplomatic recognition from the U.S.? 2) Would the Chilean Armed Forces receive logistical support for an action against the government?” Edwards also told the CIA that President Eduardo Frei would be an unreliable ally in any coup plot. “Frei would probably ‘chicken out’ at the last minute,” according to Edwards, “deciding not to act on little more than a phone call from a worrier.” When the CIA officials asked Edwards who he knew who “still had good contacts with the military,” Edwards named Partido Nacional members Sergio Jarpa and Francis Bulnes. In addition, he spent considerable time describing “the best man” who could help. But the identity of that individual remains a CIA secret.

**After the meeting with the CIA director, Edwards stayed in Washington for a number of days to continue to share more detailed information with agency officials as the CIA mobilized to implement President Nixon’s orders to orchestrate a coup. On September 18, Helms reported to Kissinger that “Further conversations and a more exhaustive debriefing are going on with Mr. Edwards right now.”

**Henry Kissinger, according to declassified transcripts of his telephone calls, attempted to arranged an ultra-secret meeting between Edwards and President Nixon. On the evening of September 14, 1970, Kissinger called Nixon’s scheduler, Stephen Bull, and requested that Edwards quietly be ushered into the Oval Office before a meeting Nixon had scheduled the next morning with the deputy chairman of the German Christian Democratic Union party, Gerhard Schroeder. “Does Edwards need more than 15 minutes?” Bull asked. “Absolutely not,” Kissinger replied. “We will schedule you from 9:15 to 10:00,” Bull stated. “In that 45 min[ute] period we will do Edwards at the beginning and then bring in Schroeder.” Kissinger asked for the Schroeder meeting to start at 9:45. To keep the Nixon-Edwards meeting secret, Kissinger then instructed Bull: “don’t let [Edwards and Schroeder] meet. Get Edwards out.” Nixon’s daily schedule shows him meeting with Kissinger from 9:37am to 9:49am—a twelve-minute window that potentially included Edwards—just before the president and Kissinger began a 30-minute meeting with Schroeder. There are no other White House records recording that this session took place; Edwards testified before ministro Carroza: “no tengo recuerdos de haberme entrevistado con Nixon.” (Translation: "I don't recall having met with Nixon.")

**President Nixon personally authorized over $1 million dollars in September 1971 “to keep the paper [El Mercurio] going.” (The initial funding amounted to the considerable sum of 67 million escudos.) CIA and White House documents show that the Edwards media group received almost $2 million in covert CIA funds between the fall 1971 and May 1972. The money was used to pay El Mercurio’s bills and debts, and cover the “monthly operating deficits” in order to assist opposition forces—El Mercurio “does help give heart to the opposition forces,” states a memo to Henry Kissinger—and to provide positive media coverage for the anti-Allende candidates in the March 1973 Congressional elections. In addition, CIA records reveal that the Edwards Group received secret funds from the ITT corporation in $100,000 increments through a Swiss bank account.

**El Mercurio and the other media outlets owned by Edwards not only promoted upheaval and instability in Chile, but conspired with the armed forces to set the conditions for a successful military takeover. In May 1973, the CIA Station in Santiago identified “the El Mercurio chain of newspapers” as among “the most militant parts of the opposition” which “have set as their objective the creation of conflict and confrontation which will lead to some sort of military intervention.” The secret CIA cable continued: “Each [militant part] in its own way is trying to coordinate its efforts with members of the armed forces known to them who share this objective.”

**The CIA credited its “propaganda project” in which El Mercurio and the Edwards media outlets where the key actors, as having “played a significant role in setting the stage for the military coup of 11 September 1973.” According to a secret CIA post-coup report, “Prior to the coup the project’s media outlets maintained a steady barrage of anti-government criticism, exploiting every possible point of friction between the government and the democratic opposition, and emphasizing the problems and conflicts which were developing between the government and the armed forces.”

**After the coup, El Mercurio continued to receive covert CIA funding until June 1974. The CIA determined the funds were needed to assist the newspaper’s effort to help the Pinochet regime consolidate its power. “Since the coup, these media outlets have supported the new military government. They have tried to present the Junta in the most positive light for the Chilean public,” according to a CIA request for continuing covert monies for El Mercurio. “The project is essential in enabling the [CIA] Station to help mold Chilean public opinion in support of the new government….”

All of these declassified U.S. records from the CIA and White House were presented to ministro Carroza for his investigation into Edwards’ role in covertly collaborating with a foreign power against the democratic institutions of his own country. With Edwards’ death, that investigation no longer carries any judicial consequence. But the actual truth—as opposed to the abundance of lies that have been put forward over time—about the unique part that Agustin Edwards Eastman played in Chile’s dark history remains important. There will be no legal verdict in the caso Edwards; but the documents will still provide the judgement of history. 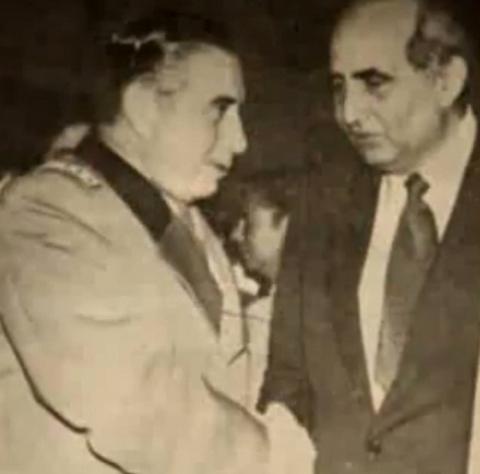