Lt. General William P. Yarborough, Army Deputy Chief of Staff for Intelligence. On 20 October 1967, he asked the member agencies of the U.S. Intelligence Board for “any available information on foreign influence over, or control of, civil disturbances in the U.S.”

Ralph David Abernathy, Donald Sutherland, Women’s Liberation, and Vietnam Veterans Against the War – Among Those on NSA’s Watch List

A list of the 73,000 names of Americans on whom the National Security Agency kept files does not exist. As noted in the posting, the files on those Americans were destroyed in 1974.  The “Rhyming Dictionaries” that included the more than one million names gathered through SIGINT are classified, if they have not already been destroyed.  It would take the declassification of all of the “Rhyming Dictionaries” for researchers to sift through them and extract the names of identifiable American citizens.  As a first step, the Archive has filed a request to the CIA for the names under letter "A" for the 1959-1969 period.

At the time of the March on the Pentagon on October 21, 1977, Lt. General William P. Yarborough, Army Deputy Chief of Staff for Intelligence, was presiding over efforts to expand the NSA Watch List

(Footage from the "Nuclear Vault," an AIRBOYD channel​).

Washington, D.C., September 25, 2017 – The National Security Agency’s (NSA) own official history conflated two different constitutionally "questionable practices" involving surveillance of U.S. citizens, according to recent NSA declassifications published today by the National Security Archive, an independent research organization based at The George Washington University. During the mid-1970s, the U.S. Senate’s Church Committee investigated a number of such “practices” by NSA, including the so-called Watch List program, which monitored the international communications of anti-Vietnam war activists and other alleged “subversives.”  The “Watch List” was one of the questionable activities; the other was the NSA’s creation of a voluminous filing system on prominent U.S. citizens whose names appeared in Signals Intelligence (SIGINT) collected by the Agency. That filing system, abandoned in the early 1970s and destroyed in 1974, stayed secret for years.[1]

The files on well-known Americans were a product of the Agency’s sweeping efforts to track the communications of Cold War adversaries and to identify the individuals mentioned in them.  Ultimately the filing system, and corresponding indexes, surpassed 1,000,000 names, including 73,000 U.S. citizens mentioned in SIGINT collected by the Agency. Among them were politicians, corporate leaders, trade unionists, Hollywood personalities, and journalists, ranging from Church Committee member Senator Walter Mondale (D-MN) and actor Joanne Woodward to IBM CEO Thomas Watson and United Auto Workers President Leonard Woodcock.

Four years ago, the National Security Archive published a newly declassified National Security Agency history that included details about the Agency’s Watch List. As it turned out, the Agency’s history mistakenly folded in the NSA’s filing system on U.S. citizens into the Watch List, which focused on social reformers, revolutionaries, anti-war activists, and their organizations. Thus, the history incorrectly stated that Senator Howard Baker and journalists Art Buchwald and Tom Wicker, among others, were on the Watch List. Declassified documents confirm, however, that the NSA included those individuals and 73,000 others as part of the Agency’s name files of U.S. citizens. New documents that the NSA released to the Archive through a mandatory declassification review appeal provide an important corrective to the Agency’s official history by demonstrating that the Watch List and the biographical files were what the Church Committee – the U.S. Senate Select Committee to Study Governmental Operations with Respect to Intelligence Activities, chaired by Senator Frank Church (D-ID) – saw as two different “questionable practices” with respect to the Agency’s treatment of U.S. citizens.

According to the newly declassified documents, among the subjects of biographical files were prominent U.S. individuals. Besides Joanne Woodward, Thomas Watson, and Walter Mondale, the files included Washington Post humorist Art Buchwald, Federal Reserve Board Chairman Arthur Burns, actor Gregory Peck, Congressman Otis Pike (D-NY), New York Times columnist Tom Wicker, civil rights leader Whitney Young, and members of the Senate Select Committee including Howard Baker, Jr., and Frank Church. The Church Committee regarded the creation of files on American citizens by a U.S. intelligence agency as an improper activity, but their specific existence was not disclosed at the time, even though the procedures that generated such files were discussed during hearings.

The NSA’s Watch List, the other dubious activity, had been created in the early 1960s to keep track of U.S. citizens traveling to Cuba. During the following years Watch List targets broadened. After President Kennedy’s assassination, it included possible threats to the president.[2] On 20 October 1967, the Watch List began including anti-Vietnam War and civil rights activists, after U.S. Army intelligence informed the Agency “that Army ACSI, assistant chief of staff for intelligence [General William P. Yarborough], had been designated executive agent by DOD for civil disturbance matters and requested any available information on foreign influence over, or control of, civil disturbances in the U.S.” That comported with the thinking of President Lyndon Johnson who privately claimed that covert financial support from "international Communism" was behind the anti-Vietnam War movement, which was then preparing for a major demonstration in Washington (21 October 1967).[3] To determine whether there were such connections, the Federal Bureau of Investigation began providing hundreds of names for the Agency’s Watch List. During the Nixon administration, the list expanded further to include narcotics traffickers and terrorist organizations.

According to testimony by NSA Director General Lew Allen, in October 1975, U.S. government agencies nominated the names of individuals and organizations that appeared on the Watch List. Thus, to cover the Defense Intelligence Agency’s “requirements on possible foreign control of, or influence on, U.S. antiwar activity,” DIA nominated the names of 20 U.S. persons who traveled to North Vietnam. The FBI “submitted watch lists covering their requirements on foreign ties and support to certain U.S. persons and groups,” with the lists including “names of ‘so-called’ extremist persons and groups … active in civil disturbances, and terrorists.” The FBI lists included about 1,000 individuals. The Secret Service nominated about 180 U.S. individuals and groups that “were potentially a threat to Secret Service protectees.” During 1967-1973, Allen testified, all of the lists combined had a “cumulative total of about 450 U.S. names on the narcotics list, and about 1,200 U.S. names on all other lists.”

Senator Church and his colleagues did not object to Watch Lists of narcotics traffickers or to genuine threats to the president, but they wondered about the “lack of adequate legal basis for some of this activity and what that leads to.” Allen agreed that there was a problem and spoke of “domestic intercepts which cannot be conducted under the President's constitutional authority for foreign intelligence,” which meant that “we are not authorized by law or constitutional authority and they are clearly prohibited.” As General Allen explained, there were “interpretations which deal with the right to privacy [from] unreasonable search and seizure of the fourth amendment.” It was “self-doubt” (referred to in Document 10) that led the NSA to stop accepting Watch Lists with the names of U.S. citizens in the summer of 1973. When Attorney General Elliot Richardson raised questions about the propriety of FBI and Secret Service requests for information from NSA Allen officially closed down the program.

One of the most sensational revelations of the Church Committee was Operation SHAMROCK by which the major telecommunications companies RCA, Western Union, and International Telephone and Telegraph reluctantly shared their telegram traffic with the NSA and its predecessors from 1945 to the early 1970s. Near the program’s end, NSA analysts were reviewing 150,000 telegrams a month. Information from the telegrams provided grist for the Watch List, which, in the words of Frank Church, “resulted in the invasion of privacy of American citizens whose private and personal telegrams were intercepted.” Church also saw a betrayal of trust by companies whose “paying customers who had a right to expect that the messages would be handled confidentially.” In November 1975 those and other considerations led Church and the committee majority to unilaterally declassify facts about the SHAMROCK program over the objections of President Ford. According to former Committee staffer L. Brit Snider, “This was the “only occasion ... where a Congressional committee voted to override a presidential objection and publish information the President contended was classified.”[4]

A mandatory declassification review request by the National Security Archive to the National Security Agency produced the documents in today’s posting. The subject of the request was the sources cited in an endnote to the NSA history. The documents in the Agency’s initial release were excised and more information on the watch list and the Rhyming Encyclopedia was released under appeal. Pending declassification requests to the FBI and other agencies may produce more information on the history of the Watch List. 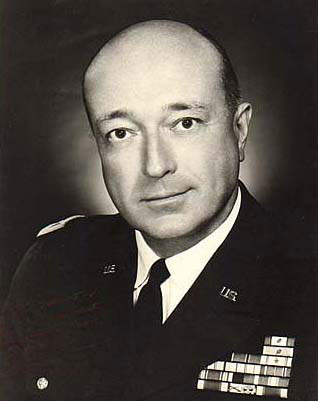 Lt. General Marshall S. Carter (U.S. Army), formerly Deputy Director of the Central Intelligence Agency, was Director of the NSA when the Watch List program was expanded.  He served during 1965-1969. 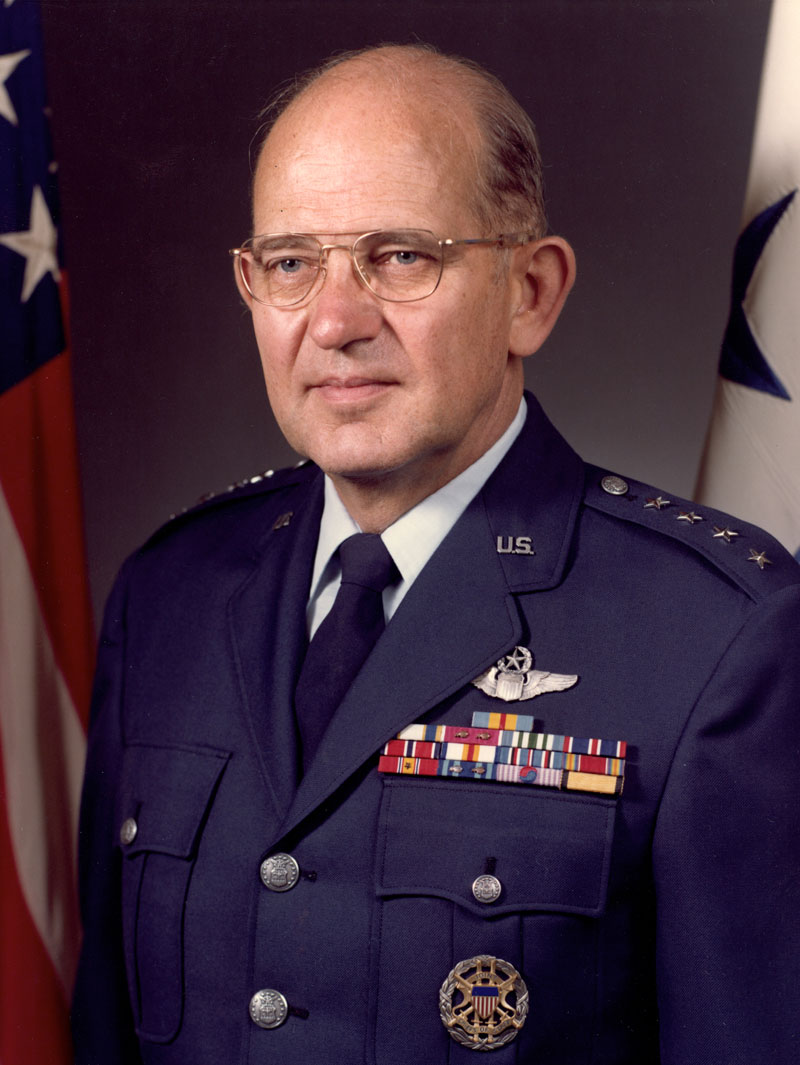 Lt. General Lew Allen (USAF) became NSA Director in August 1973, when the Justice Department began raising questions about the propriety of the Watch List. He was the first NSA Director to testify in public, when he appeared before the Church Committee in October 1975. He later became Air Force Chief of Staff. 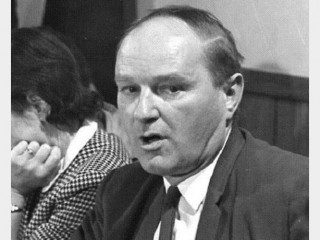 Watch List target David Dellinger (1915-2005), anti-war activist and a leading figure in the National Coordinating Committee to End the War in Vietnam. With A. J. Muste, he was a founder and editor of Liberation Magazine (1955-1977), a publication of the pacifist left.  With Tom Hayden, Bobby Seale, Rennie Davis, Jerry Rubin, John Froines, Lee Weiner, and Abbie Hoffman, he was a member of “The Chicago Seven,” who were indicted on federal conspiracy charges after the August 1968 protests at the Democratic National Convention. (Photo from Browse Biography) 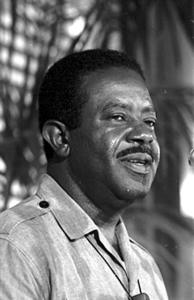 Watch List target Ralph David Abernathy (1996-1990) was, with Martin Luther King, a co-founder of the Montgomery Improvement Association and the Southern Christian Leadership Conference.  Like King, Abernathy spoke out against the Vietnam War. (Photo from Legal Legacy)

[3]. Johnson’s suspicions led to demands on the CIA for intelligence demonstrating the link between domestic protests and the Communist movement. Dissatisfied with the Agency’s conclusions that student unrest was a “home-grown phenomenon,” Johnson and his advisers pressed DCI Richard Helms for more information to make the opposite case.  Those pressures led to CIA snooping on student movements--“Operation Chaos”-- an activity that transgressed the Agency’s charter, but DCI Richard Helms complied with Johnson’s requests, without protest (although there was dissent within the Agency).  See Thomas Powers, The Man Who Kept the Secret, Richard Helms & the CIA (New York: Alfred A. Knopf, 1979), 245-246; Rockefeller Commission, Report of the President's Commission on CIA Activities Within the United States, 130-150.