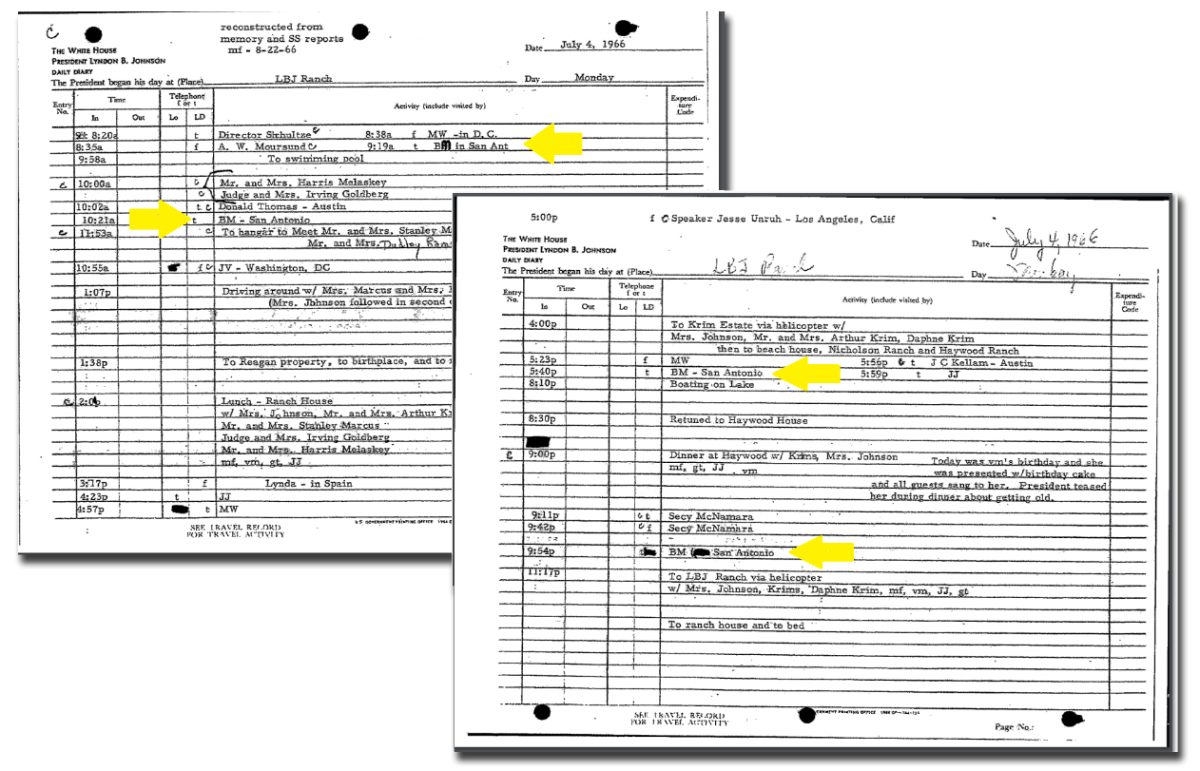 Moyers and Rumsfeld Were Key to 1966 Win

For more information, call or email:
The National Security Archive, 202.994.7000 or nsarchiv@gwu.edu

The US needs to take additional steps to re-emerge as a global transparency leader.

In 1966, the US law was the third in world history, after Sweden and Finland; but today, more than 100 other countries have enacted similar laws that open access to government information – and the US FOIA is firmly in the middle of the pack.

Canada’s Center for Law and Democracy ranked the US FOIA 46 out of 103 transparency laws in a recent poll, between Tunisia and Trinidad and Tobago.

For a truly top-tier transparency law, the US should establish a FOIA tribunal that has the power of the Interagency Security Classification Appeals Panel (ISCAP) to overrule agencies (ISCAP overrules agency classification decisions in Mandatory Declassification Review appeals nearly 75% of the time), and add a public interest balancing test to the requirements for all FOIA exemptions agencies invoke. Without such steps, more countries will continue to pass the US by. 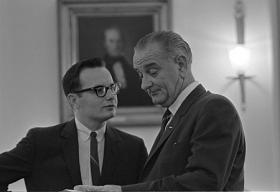 Bill Moyers and President Lyndon B. Johnson, talking in the Oval Office, August 24, 1965. 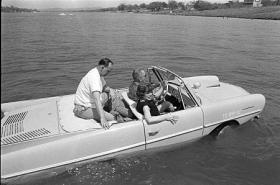 President Lyndon B. Johnson in the Amphicar with Eunice Kennedy Shriver and Paul Glynn at the Haywood ranch, April 10, 1965. 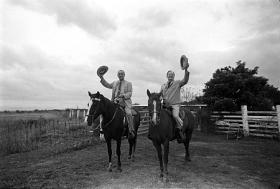 Washington DC, July 1, 2016 - Fifty years ago on July 4, 1966, Lyndon Johnson signed the landmark Freedom of Information Act while vacationing at his Texas ranch. But the event does not even appear in LBJ’s Daily Diary, which is the first indication that something was amiss on the Pedernales.

In fact, the record shows that the launch of this bedrock piece of American democracy, replete with lofty public expressions of pride and patriotism, was actually met with profound ambivalence throughout the administration. Documents from the LBJ library show that the normally gregarious president, who loved handing out pens at bill signings, refused even to hold a formal ceremony for the FOIA, personally removed strong openness language from the press statement, and only agreed to approve the bill after the Justice Department suggested LBJ issue a signing statement that undercut the thrust of the law.

A Democratic congressman from Sacramento, California, the late John Moss, was the real hero of the Freedom of Information story. Supported by extensive press coverage and active lobbying by newspaper editors, Moss led hearings beginning in 1955 that documented and denounced excessive government secrecy. But as long as Eisenhower was president, Moss could hardly find a Republican co-sponsor for his proposed openness reforms.

Republicans became more interested in supporting openness during the Kennedy and Johnson presidencies, especially after LBJ’s landslide victory in 1964. As a young Republican from Illinois assigned to Moss’s subcommittee, Donald Rumsfeld signed up as a leading co-sponsor of the Moss bill for freedom of information, and denounced what he called the Johnson administration’s “continuing tendency toward managed news and suppression of public information that the people are entitled to have.” (Less than 10 years later, Rumsfeld as White House chief of staff, and his deputy Richard Cheney, would lead president Ford’s effort to veto the strengthening amendments to the FOIA, but they would lose.) 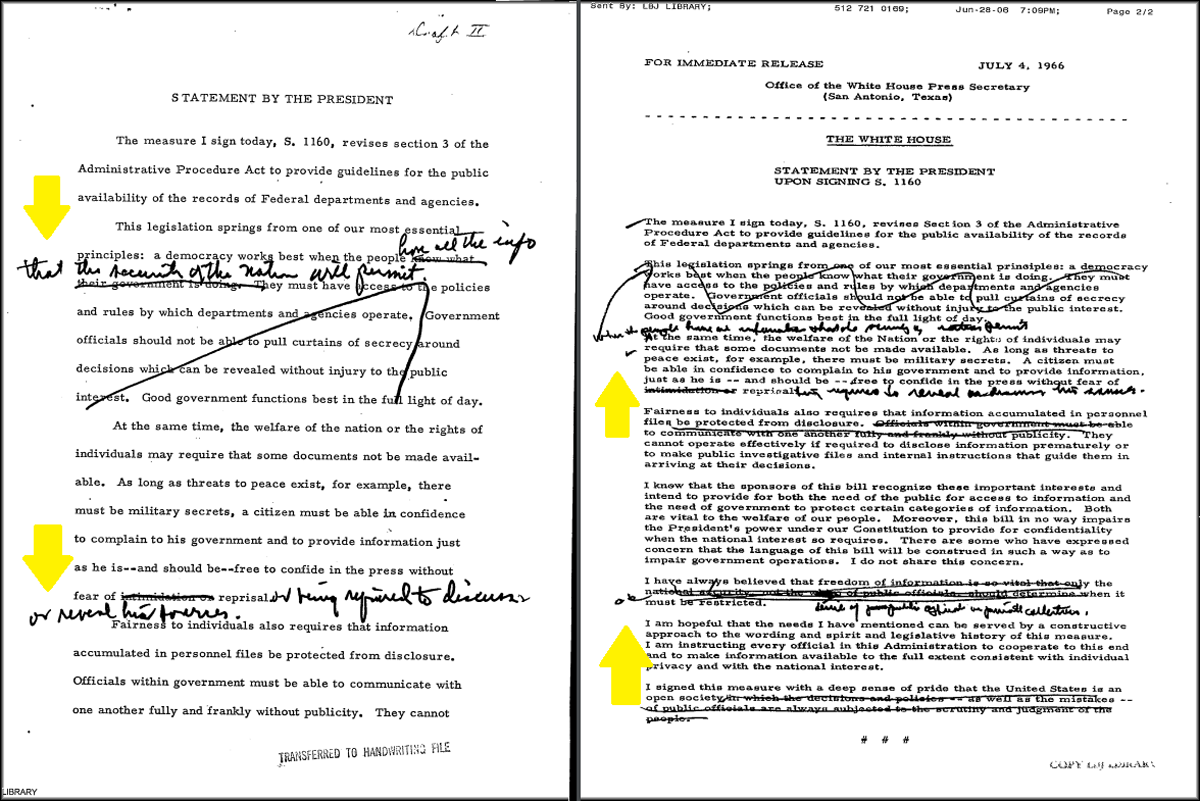 Moss himself, as a member of the Democratic House leadership in 1965-66, had to pretend the president was on board; but he told his staff (after cleaning up the expletives from the original) what LBJ’s real reaction was: “What is Moss trying to do, screw me? I thought he was one of our boys, but the Justice Department tells me his goddamn bill will screw the Johnson Administration.” [See George Kennedy, “How Americans got their right to know”]

All through 1965, the administration stalled Moss’s bill. All 27 federal agencies and departments that presented testimony opposed the bill. An August 1965 Bureau of the Budget analysis noted that the Justice Department considered the bill unconstitutional, and remarked, “The requirement that information be made available to all and sundry, including the idly curious, could create serious practical problems for the agencies.”

But by the spring of 1966, the Senate had passed its own version of Moss’s legislation and Bill Moyers had heard unanimous support from the journalists he was dealing with as press secretary. Other White House staff were getting the idea that the train was leaving the station. White House counsel Milton Semer talked directly with Moss, connected Moss with Moyers, and even suggested to Moyers that he “exploit the fact that the president is under pressure from the bureaucracy to veto,” as a way of arguing that the bill would actually help the president bring the “permanent bureaucratic interest” more under control.

By May and June 1966, the White House documents show quiet lobbying by Moyers in favor of the legislation, advising the newspaper editors what kind of “sharply briefed exhibit” of editorials would have the most impact, and forwarding quotes to White House staff from previous Johnson speeches about the perils of secrecy and the virtues of openness.

Behind the scenes, the Justice Department prevailed on Moss to create a new House report on the bill with government-produced language that rolled back the Senate interpretations (even though the language of the two bills was identical). The new report added numerous specific examples of information that would be exempt from disclosure, and emphasized “broader protection for the internal working papers of executive agencies.” The agencies told Justice the new language “clarifies the bill and substantially relieves our earlier concerns.” (May 13, 1966 NLRB to Justice)

By the time the House passed the bill on June 20, 1966 (the vote was 307 to zero) and sent it on to LBJ, only one agency (Health, Education & Welfare) still recommended a veto. Semer summed up the government’s position in his July 1 memo to LBJ: “The departments and agencies have been concerned about this bill for many years, but have come around to the view that they can live with it, and the attached agency reports do not recommend disapproval (with the minor exception of HEW).”

But the agencies were certainly not enthusiastic. Of the 14 that weighed in, 5 had “no recommendation,” 4 had “no objection,” only 3 noted “approval.” HEW concluded “disapproval would best serve public interest,” and Justice’s tortured language perhaps best captured the ambivalence: “Does not urge withholding of approval (signing statement attached).”

President Johnson clearly shared those very mixed feelings – he personally handwrote “No ceremony” across the bottom of a June 24 memo about the possibility of a signing event with leading editors and legislators.

Because Congress had adjourned, Johnson had to act by Monday, July 4, or the bill would fall victim to a pocket veto. On July 2, the head of the American Society of Newspaper Editors wired Moyers in San Antonio (LBJ was at the ranch for the July 4 weekend, so the White House press briefings took place 70 miles away in the closest city with hotels): “press of America concerned legislation overwhelmingly adopted by Congress may die through inadvertence.” Moyers responded the same day, “Inadvertence not our habit. Thank you for your telegram.”

The last drama of the Freedom of Information signing saga was over the president’s statement. As Justice recommended, it endorsed the rollback House report with three paragraphs of cautionary language about military secrets, personnel files, confidential advice, executive privilege, and investigative files. In fact, the signing statement includes more about the need to keep secrets than the urgency of openness.

But Moyers had also included several ringing phrases, such as “I signed this measure with a deep sense of pride that the United States is an open society in which the decisions and policies – as well as the mistakes – of public officials are always subjected to the scrutiny and judgment of the people.” This version actually reached the press corps in San Antonio, only to be withdrawn after a phone call between LBJ and Moyers on the morning of July 4. In the files is Moyers' draft with LBJ's own edits, as well as a copy of the statement that already had been given to the press, the latter featuring Moyers’ dark ink pen slicing through the clause about decisions and policies and mistakes, which went missing from the final language, and changing a reference to the “whim of public officials” into “the desire of public officials or private citizens.”

Moyers later remarked that LBJ’s language was “almost lyrical – ‘With a deep sense of pride that the United States is an open society in which the people’s right to know is cherished and guarded.’… But I knew that LBJ had to be dragged kicking and screaming to the signing… He hated the very idea of the Freedom of Information Act; hated the thought of journalists rummaging in government closets and opening government files; hated them challenging the official view of reality. He dug in his heels and even threatened to pocket veto the bill after it reached the White House. And he might have followed through if Moss and [Russell] Wiggins and other editors hadn’t barraged him with pleas and petitions. He relented and signed ‘the damned thing,’ as he called it (I’m paraphrasing what he actually said in case C-Span is here).”

“The Freedom of Information Act—and the Hero Who Pioneered It”
By C.J. Ciaramella
Pacific Standard
June 29, 2016