By Tom Blanton and Nate Jones

Oscar-worthy Documents on the Dark Side, from Cheyenne to Baghdad

The documents show how Cheney built a rap sheet for drunk driving and arranged draft deferments in the 1960s, pitched in on President Gerald R. Ford’s unsuccessful veto of the Freedom of Information Act (FOIA) in 1974, helped undermine investigations of CIA scandals in 1975, excused President Ronald Reagan’s Iran-contra misdeeds in 1987, mistakenly distrusted Gorbachev and slowed the end of the Cold War in 1989, promoted the global hegemon role for the U.S. in 1992, hid his work with oil companies in 2001 to set energy policy, endorsed torture and warrantless surveillance in the 2000s, played a leading role in trashing Iraq and the Middle East from the Iraq invasion in 2003 to the present, mysteriously went whole days at the White House without his Vice President’s office generating any saved e-mail, and presented a danger to civilians whether they were armed or not by shooting his hunting partner in 2006.

Common themes emerge from the documents, including Cheney’s long-standing commitment to defending and expanding presidential power, especially on national security matters, a predilection for the “dark side” in CIA operations from the scandals of the 1970s to the War on Terror, and his disastrously wrong foreign policy judgment. Cheney explained his intellectual history to reporters in 2005 by saying, “Watergate and a lot of the things around Watergate and Vietnam both during the ’70s served, I think, to erode the authority I think the president needs to be effective,” and went on to cite the Iran-Contra congressional committee minority report published below.[1]

The documents posted today provide fascinating context for some of Cheney’s most famous moments. After 9/11, on September 16, 2001, Cheney told NBC’s Tim Russert, “We also have to work, though, sort of the dark side, if you will. We've got to spend time in the shadows in the intelligence world. A lot of what needs to be done here will have to be done quietly, without any discussion, using sources and methods that are available to our intelligence agencies, if we're going to be successful.” Just before the invasion of Iraq, on March 16, 2003, Cheney told Russert that when the United States goes in, “we will, in fact, be greeted as liberators.” The vice president was adamant: “to suggest that we need several hundred thousand troops there after military operations cease, after the conflict ends, I don’t think is accurate. I think that’s an overstatement.” Cheney’s message proved to be far from correct. According to a December 2014 Congressional Research Report entitled, “The Cost of Iraq, Afghanistan, and Other Global War on Terror Operations Since 9/11,” the United States spent an estimated $815 billion on the Iraq War, including military operations, base support, weapons maintenance, training Iraq security forces, reconstruction, foreign aid, embassy costs, and veterans’ health care, while more than 4,410 Americans were killed in action and 31,957 wounded in action during the fighting in Iraq.[2] 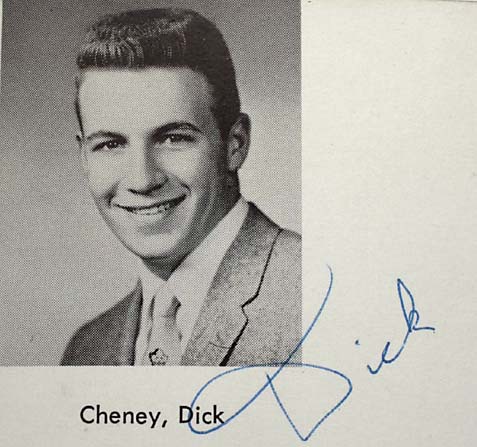 A young Dick Cheney in a yearbook photo. (Reddit) 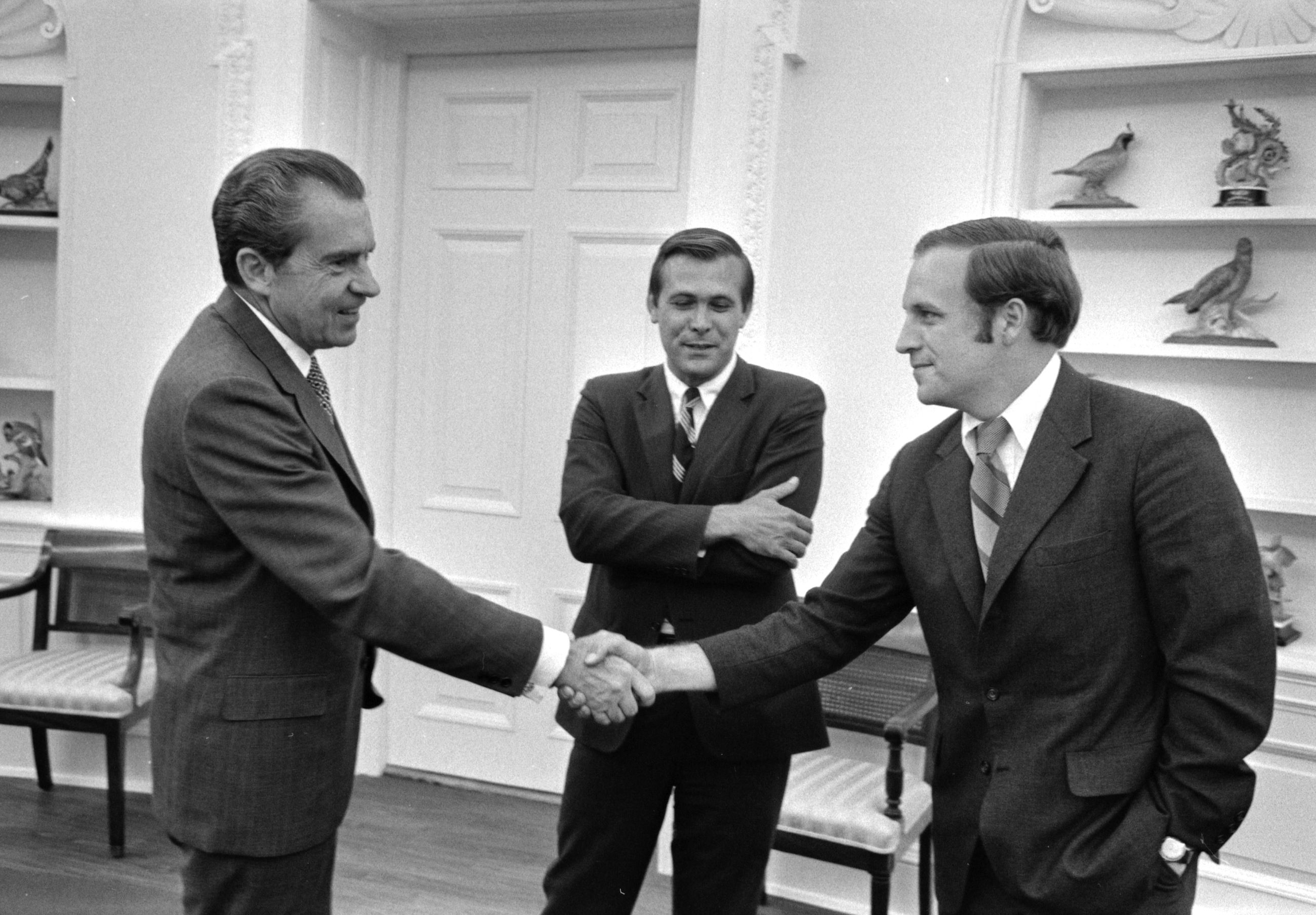 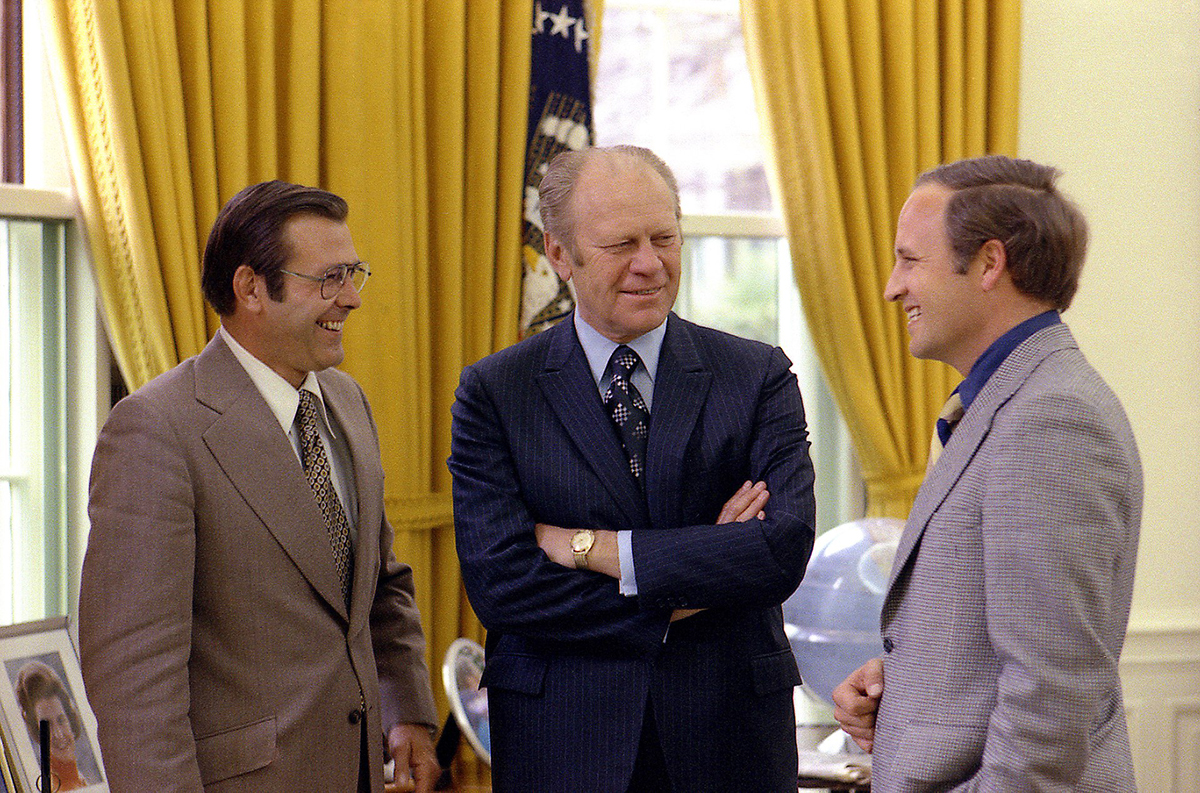 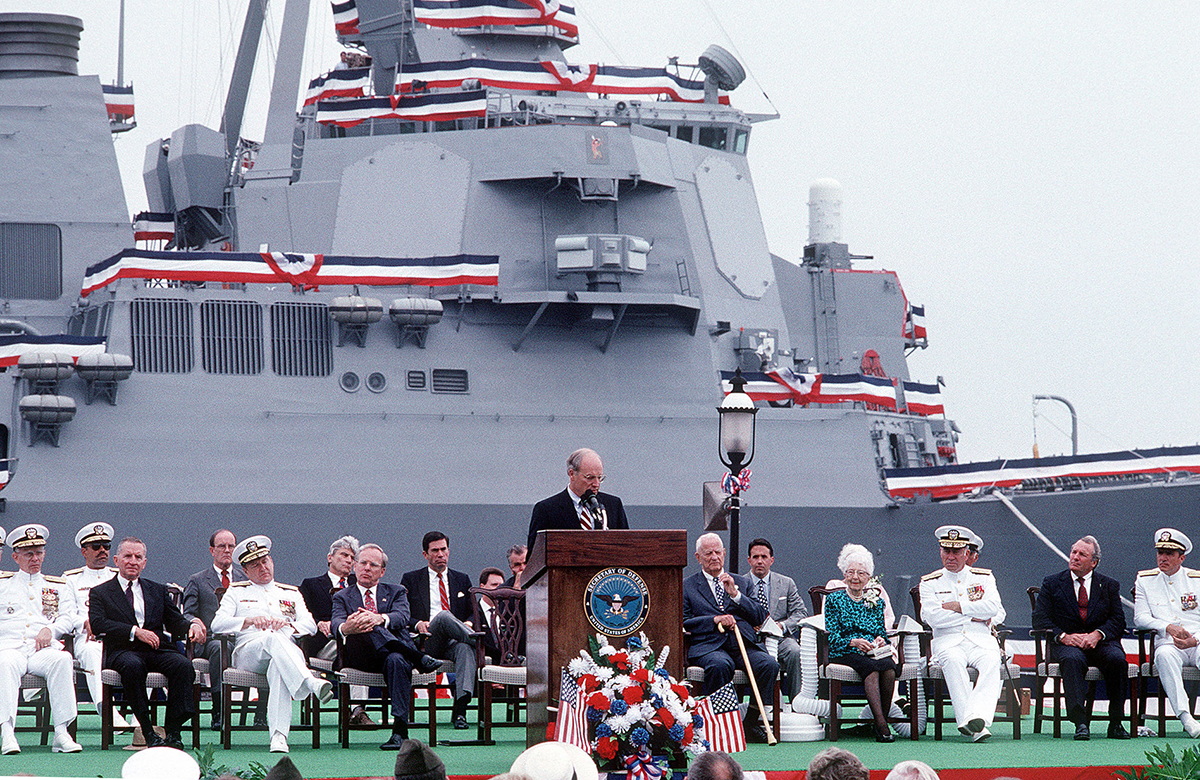 Secretary of Defense Cheney in front of the USS Arleigh Burke, 1991.  (U.S. Department of Defense) 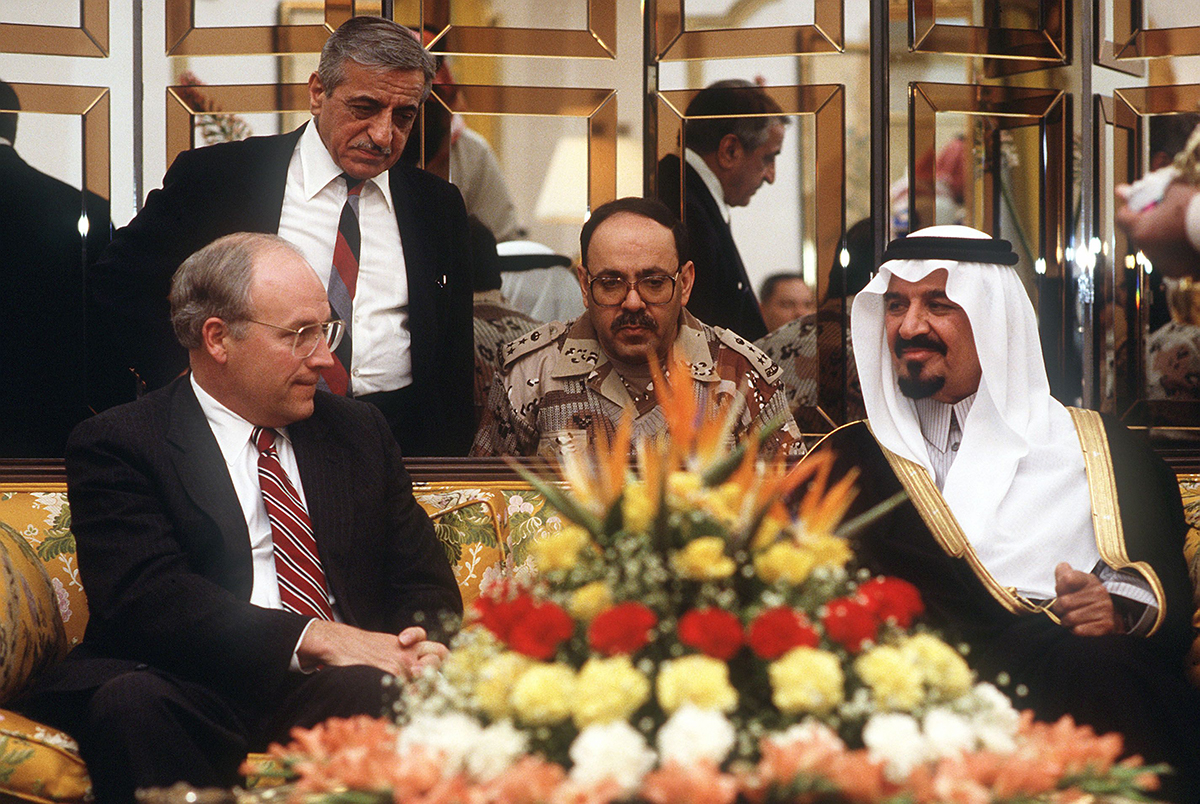 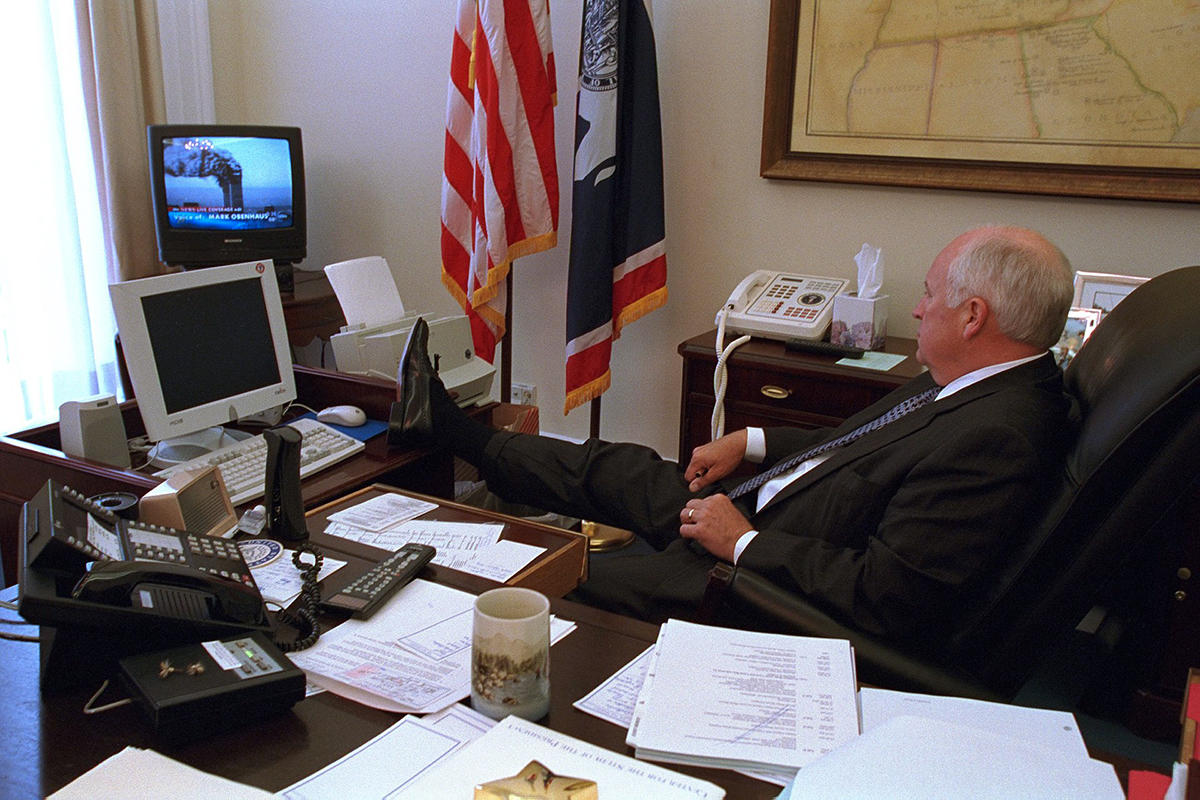 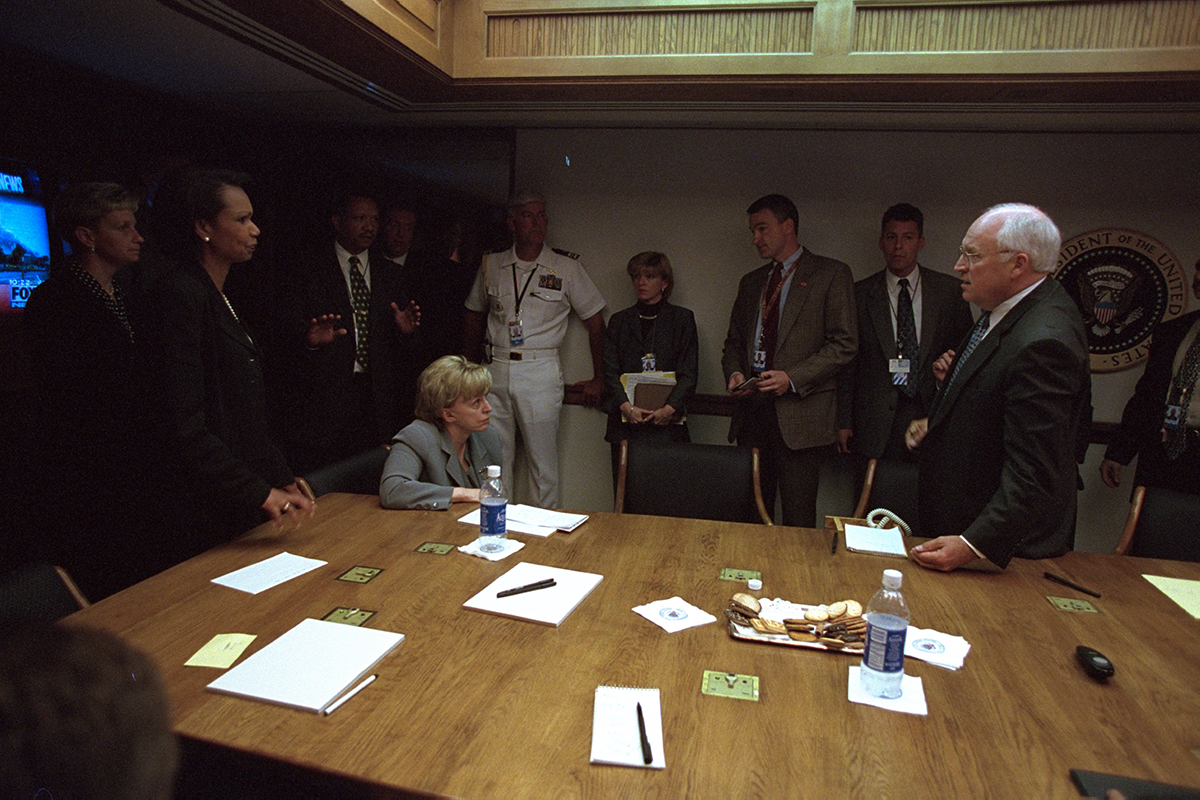 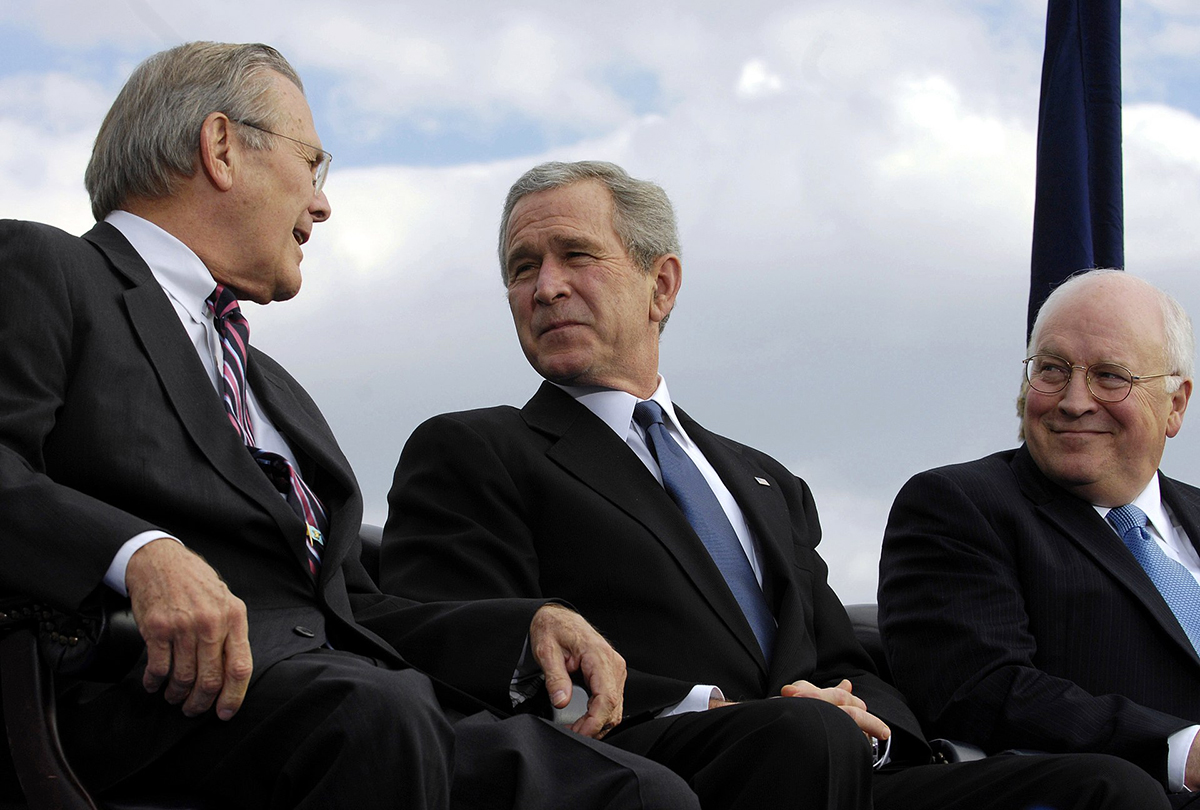 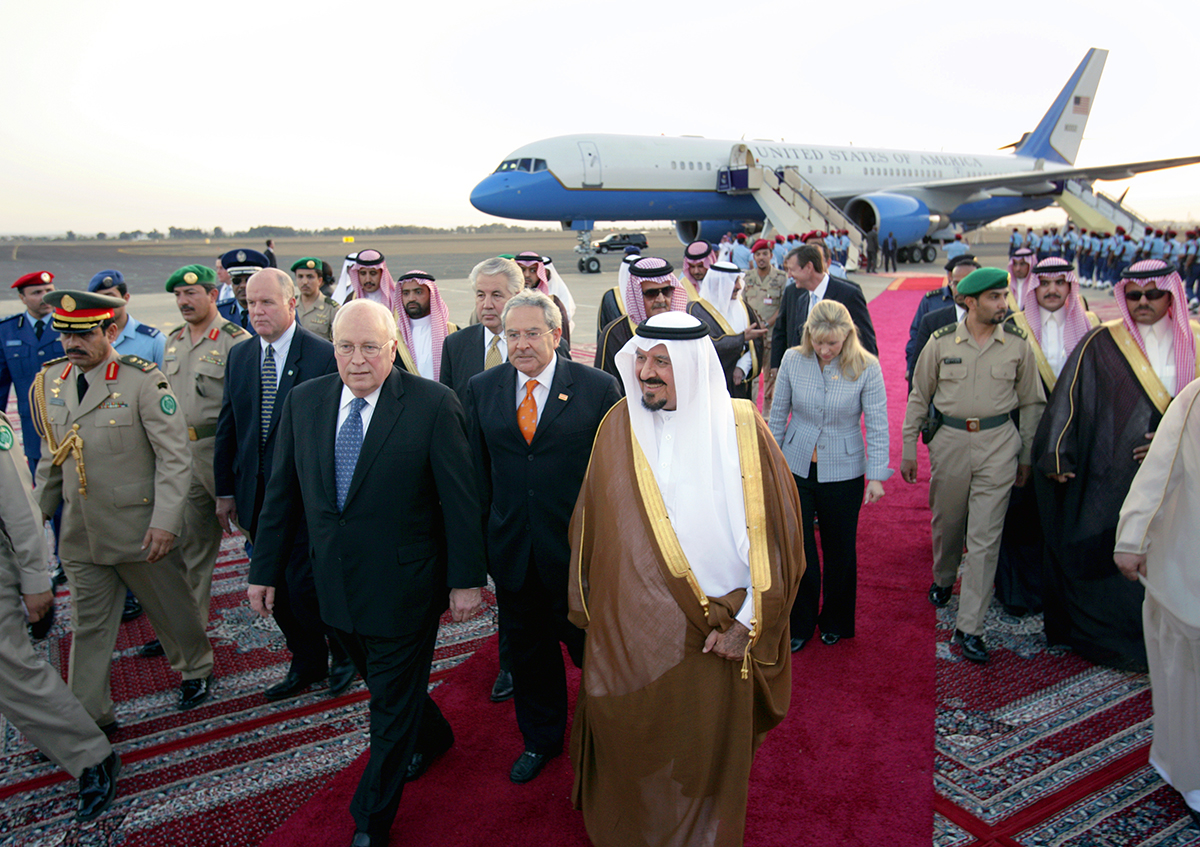 How the cast of Vice compares to their real-life counterparts

[2] Amy Belasco, “The Cost of Iraq, Afghanistan, and Other Global War on Terror Operations Since 9/11,” Congressional Research Service, December 9, 2014.  Posted at Federation of American Scientists.

[9] For extensive detail on the Bush administration’s characteristic insecurity vis-a-vis Gorbachev in 1989, see Thomas Blanton, “U.S. Policy and the Revolutions of 1989,” in Svetlana Savranskaya, Thomas Blanton, and Vladislav Zubok, ‘Masterpieces of History’: The Peaceful End of the Cold War in Europe 1989 (Budapest/New York: CEU Press, 2010.