Washington, D.C., April 10, 2019 — South Korea’s bid to acquire a nuclear weapons capability posed a complex challenge to the Ford administration during the mid-1970s, according to recently declassified documents posted today by the National Security Archive at The George Washington University.

The new records provide fresh details about Washington's ultimately successful response, which was to press the Park Chung-hee dictatorship persistently to break a contract with France for a plant that could provide plutonium for a nuclear weapon.  According to one of the documents, the Koreans tried to argue that the proposed plant would not produce "weapons grade" plutonium, but the State Department countered that “normal reactor grade plutonium could be used in sophisticated bomb designs or … even in less sophisticated weapons.”

The South Korea case is of interest as one of several nonproliferation concerns at the time and for its illustration of the range of security, diplomatic, and political tests that have confronted different U.S. administrations in the nuclear sphere.

The National Security Archive obtained the documents from the U.S. National Archives through the Mandatory Declassification Review process.

Recently declassified documents shed new light on the Ford administration’s persistent effort during 1975-1976 to stop South Korean President Park Chung-hee’s attempt to acquire a nuclear weapons capability. Central to the then-secret diplomatic confrontation were South Korean plans to acquire a reprocessing plant that could turn spent nuclear reactor fuel into plutonium.  Seoul claimed that the plutonium produced by a reprocessing plant South Korea planned to purchase from France would not be “weapons grade” but the State Department pushed back, dismissing the contention.  According to a message signed by Henry Kissinger, “normal reactor grade plutonium could be used in sophisticated bomb designs or, at the cost of some uncertainty in yield, even in less sophisticated weapons.”

Documents being made available through the declassification process continue to expand our understanding of this important episode in the history of nuclear proliferation.  The National Security Archive has posted a number of such records in prior Electronic Briefing Books (see links on left), exploring the mix of regional security concerns, alliance politics, and other factors that routinely complicate international efforts at enforcing nuclear nonproliferation.  Related documents convey U.S. interest in a regional reprocessing center to give both Seoul and Tokyo alternatives to their national reprocessing plans.

Among the topics of the new documents in today’s posting are:

The new documents illuminate the difficulties and complexities that the Ford administration faced in meeting its nuclear nonproliferation goals. South Korea was not close to acquiring nuclear weapons because it lacked the technological basis, including such facilities as a reprocessing plant.  Yet it took the cooperation of allies and months of diplomacy and quiet, sometimes intense, pressure, to induce Seoul to walk away from its reprocessing deal with the French. That South Korea was a close ally gave Washington some leverage in encouraging it to cancel, but without low-key pressure from Canada and France’s support for a decision by Seoul to do so, that leverage might not have been decisive.

As much as has been declassified on the nuclear negotiations with South Korea, there is more to be learned on how the end-game played out in December and January 1976.  Important messages between State and the U.S. embassies in Seoul and Paris remain under declassification review at the State Department. Moreover, intelligence reports on the subject, requested by the Archive’s Nuclear Vault project, have yet to be declassified; for example, an important January 1975 interagency intelligence analysis is currently under appeal at the CIA. 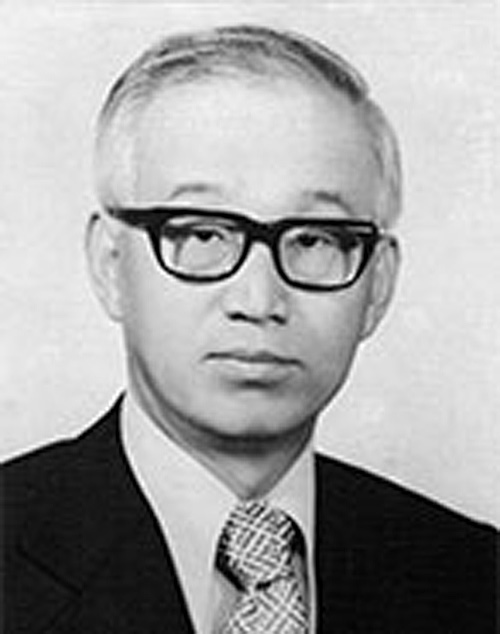 Deputy Prime Minister Nam Duck-Woo who, in the last stages of the negotiations, was a focal point of the incessant U.S. pressure to cancel the reprocessing deal.  Washington wanted to avoid putting President Park directly on the spot. (Photo from South Korean Ministry of Finance and Economy Press Center)

[1]. This was consistent with thinking at the Atomic Energy Commission and its successors as well as the nuclear weapons laboratories.  See Gregory S. Jones, Reactor-Grade Plutonium and Nuclear Weapons: Exploding the Myths  (Arlington, VA: Nonproliferation Policy Education Center, 2018).

[2]. During a discussion of Pakistan, Kissinger said “I am frankly getting off the multinational concept. I have endorsed it publicly, but in any region you look at it is a fraud.”  See memorandum of conversation, “Proposed Cable to Tehran .on Pakistani Nuclear Reprocessing,” 12 May 1976, Digital National Security Archive, Kissinger Transcript, 1968-1977.