Documents Chart U.S. Embassy’s Effort to Answer Questions About the 1980 Death of an Acclaimed Scholar and Political Activist

Report of The Commission of Inquiry Appointed to Inquire and Report On the Circumstances Surrounding the Death in an Explosion of the Late Dr. Walter Rodney on Thirteenth Day of June, One Thousand Nine Hundred and Eighty at Geor[g]etown.
(unofficial report)

A Brief Biography of Walter Rodney

Walter Rodney was born in Georgetown, the capital of then-British Guiana. He was an outstanding student, attending the elite Queen’s College high school where he won a scholarship to the University of the West Indies at Mona, Jamaica. After graduating in 1963, he entered the University of London School of Oriental and African Studies which awarded him a doctorate in African History in 1966 when he was 24 years old. His revised dissertation “A History of the Upper Guinea Coast 1545 to 1800” was published by Oxford University Press in 1970.
Continue reading >>

Washington, D.C., June 13, 2020 – The U.S. Embassy in Guyana in 1980 had strong evidence to believe that the death of internationally-known historian and activist Walter Rodney in the capital of Georgetown was a political assassination, according to declassified documents obtained and posted today for the first time by the National Security Archive at The George Washington University.

Rodney, a popular opposition figure in Guyana known as much for his sharp critiques of capitalism as his disapproval of the U.S.-backed government of Prime Minister Forbes Burnham, was killed when a bomb exploded in the car he was driving.  The government claimed Rodney himself and his brother, Donald, were responsible but the cables posted today describe deepening skepticism on the part of the embassy in the face of mounting indications that the authorities had covered up evidence.

In 2014, the president of Guyana established a commission to investigate the death.  It was terminated early after a new government came to power, but the commission’s report nevertheless concluded that state authorities had been behind the operation.  A source of great frustration to Rodney’s family and interested observers is the fact that the full report has not yet been released.

The life and death of Dr. Walter Rodney: A Brief Account

On the 40th anniversary of Walter Rodney’s death, the National Security Archive publishes for the first time a selection of previously classified cables sent between the American Embassy in Georgetown, Guyana, and the Department of State in Washington, DC. during 1980.  The cables reveal how the U.S. involved itself with Rodney and the Working People’s Alliance (WPA) during the turbulent local and regional events of 1980.  Evidence of complicity in Rodney’s murder by Guyana’s government, controlled by the People’s National Congress (PNC) and Prime Minister Linden Forbes Burnham, accumulated over the summer and embassy officials faced difficult choices.  Because the Jimmy Carter presidency (1977–1981) made human rights a major focus of its foreign policy, embassy officials in Guyana had to both acknowledge the Burnham government’s abuses and continue supporting its economy as part of U.S. overall Cold War policy in the Caribbean and Central and South America.[1]

Guyana and the Cold War

The U.S. maintained a working relationship with Guyana despite Guyana implementing a nationalistic, leftist-oriented economic policy in the 1970s, including nationalizing the bauxite industry.[2]  Economic aid and loans from International Monetary Fund were used to promote economic development and prevent Cuban and Soviet influence from spreading.  U.S. diplomats serving in embassies across the Caribbean kept a close watch on events as did employees of the CIA and DIA.[3]

The location of Guyana, which is about the size of Idaho and has a population of approximately 800,000, on the north coast of South America gave it special significance during the Cold War years.  The goal was to prevent the Soviet Union from a gaining a foothold on the South American continent.  Since 1964 the U.S. preferred the Forbes Burnham PNC government – by 1980 enjoying its sixteenth year in power -- over the more openly Marxist-oriented ideology of Cheddi Jagan, leader of the chief opposition People’s Progressive Party (PPP).  (For documents on the U.S. and British intelligence agencies’ success in 1964 promoting Forbes Burnham over Cheddi Jagan, see National Security Archive briefing book no. 700.)

The year 1980 was a turbulent one in the Caribbean and worldwide.  It was also a presidential election year in the U.S.   Democratic Party incumbent Jimmy Carter would run against Republican nominee and former California Governor Ronald Reagan.  A year earlier, the Shah of Iran had been toppled and the U.S. Embassy was overrun by student dissidents who would hold embassy staff hostage until January 1981; in March, Maurice Bishop’s New Jewel Movement overthrew the government of the small island nation of Grenada; in July, the dictator Anastasio Somoza, another long-time U.S. ally, fled Nicaragua and the Sandinistas took power in Managua; in December, the Soviet Union invaded Afghanistan.  The repercussions of these events would continue into 1980, punctuated by the failed hostage rescue attempt in Iran and the start of the eight-year Iran-Iraq War.  Other regional events in 1980 included a coup in Suriname in February and the “Marial boat lift” from Cuba, which caused a refugee crisis.

Richard Dwyer, who served as deputy chief of mission in Guyana from 1978 to July 1980 (and appears in these documents), described the view U.S. policymakers and diplomats: “Our problem there was, and it wasn't that much of a problem – what we didn't want was a Cuba on the coast of South America … Probably the most important consideration of American foreign policy, the Carter administration included, was that there be more or less tranquility in this area.”  Dwyer described Prime Minister Forbes Burnham’s government by saying, “His politics were becoming increasingly unsavory ... The country was riddled by corruption – moral and economic. To get along you had to know who to see and how to see it.”

The National Security Archive obtained the documents in this posting from the U.S. Department of State through a Freedom of Information Act (FOIA) request seeking all mentions of Walter Rodney during 1980.  The request was made on behalf of the Rodney family who wanted to learn what the American Embassy in Georgetown knew about his death and how it reacted.  The 66 documents arrived after the 2014–2015 Commission of Inquiry in Guyana completed its report (see a version of the report here), but the collection was given to the Rodney family.[4]

The 20 records reproduced in this posting describe the attempts of U.S. Ambassador George Roberts and members of his staff to follow new information as it emerged about Rodney’s death.  The American diplomats seem genuinely interested in finding out what happened but troubled at growing evidence that the U.S.-backed regime was covering up the existence (and then whereabouts) of an active duty sergeant who allegedly gave the booby-trapped walkie talkie to Rodney.  The picture looked bleaker when sources indicated that a senior military officer, Guyanese Defense Force Chief of Staff Norman McLean, may have helped the sergeant, Gregory Smith, escape the country and set him up with a shrimp fishing company.  Embassy sources included articles in government-controlled and opposition newspapers, government officials, and unnamed individuals.  Of particular interest among these records are Ambassador Roberts’ lengthy summary of “opinions” in mid-August 1980 (Document 15) and the colorful account (Document 18) by former Deputy Chief of Mission Dwyer of his interview with a shrimp fishing executive in Martinique who gave detailed information about the bombing but in the end may only have clouded the issue further.

The cables focus on Rodney’s killing but still manage to give glimpses of surrounding issues: Guyanese politics, American attitudes toward Burnham and his government, and the continuing strong Cold War impulses of American diplomats in the region.  In one report, for example, while betraying a faint distaste for Burnham, Roberts nevertheless comments that his Marxist rival Cheddi Jagan was “still unacceptable to us.”

Rodney, Walter. The Groundings with My Brothers

Rodney, Walter. The Russian Revolution: A View from the Third World

[consists of texts from a lecture series delivered by Rodney at the University of Dar es Salaam in Tanzania, in the 1960s; compiled and edited by Robin D.G. Kelley and Jesse Benjamin]. United Kingdom: Verso Books, 2018

Impact of Cuban-Soviet Ties In The Western Hemisphere, Spring 1980.  Hearings Before The Subcommittee of the Committee on Foreign Affairs. House of Representatives. Ninety-Sixth Congress. Second Session.
March 26, 27; April 16, 17 and May 14, 1980 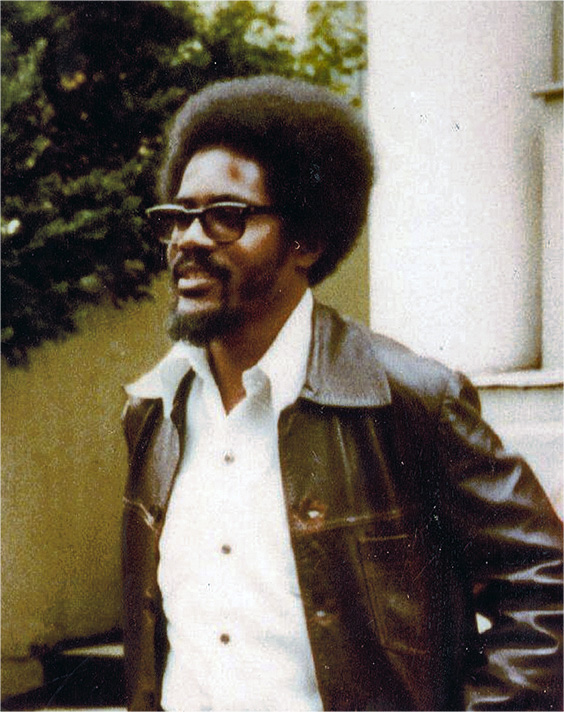 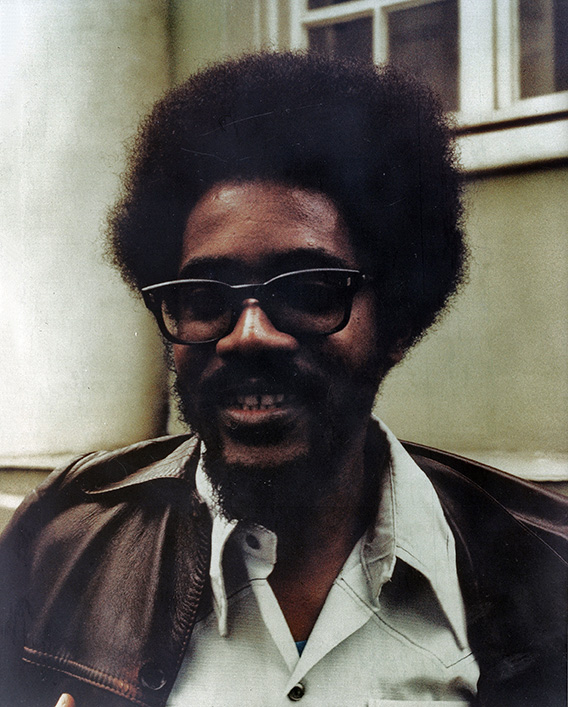 [4] Digital copies of the cables may be requested from the National Security Archive. Note that a previously released December 1979 cable is included with this posting because it summarizes the increasingly hostile events Rodney and his colleagues experienced after the Working People’s Alliance (WPA) declared itself a political party in June 1979.

[5] James L. Adkins and the CIA. For information on Adkins’ work for the CIA, see Ch. 22 of the Final Report of the Independent Counsel for Iran/Contra Matters. Volume 1 (August 4, 1993). However, information on him in the 1970s in Guyana is not included.

[7] Cecil “Skip” Roberts, no relation to Ambassador Roberts, appears in Covert Action Information Bulletin article “Guyana: The Faces Behind The Masks” No. 10 Aug. – Sept. 1980 pp. 18 -25 as receiving INPOLSE training in the U.S. as part of the U.S. AID’s Office of Public Safety program, p. 20.