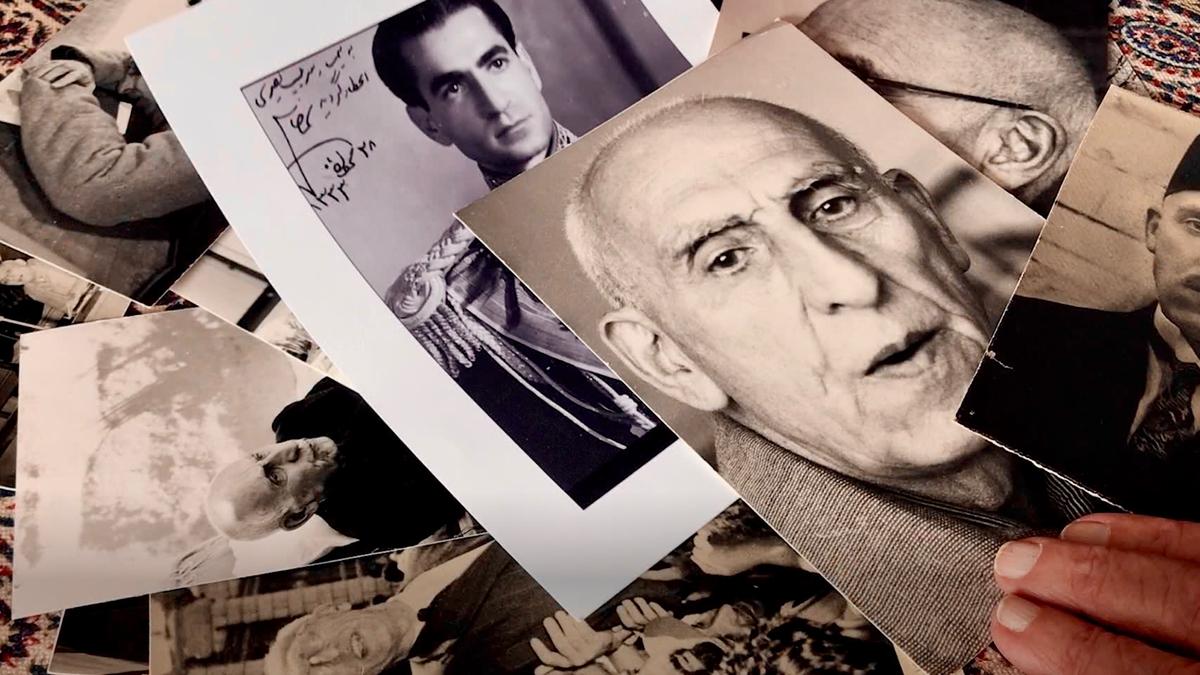 MI6 Had Unwitting Part in Murder of Tehran Police Chief in Leadup to the Coup, According to Ex-Spy

Spoiler: Oscar Nominee Ralph Fiennes Fills in On-Screen for MI6 Operative Who Was Interviewed for, but Did Not Appear in, 1985 TV Documentary 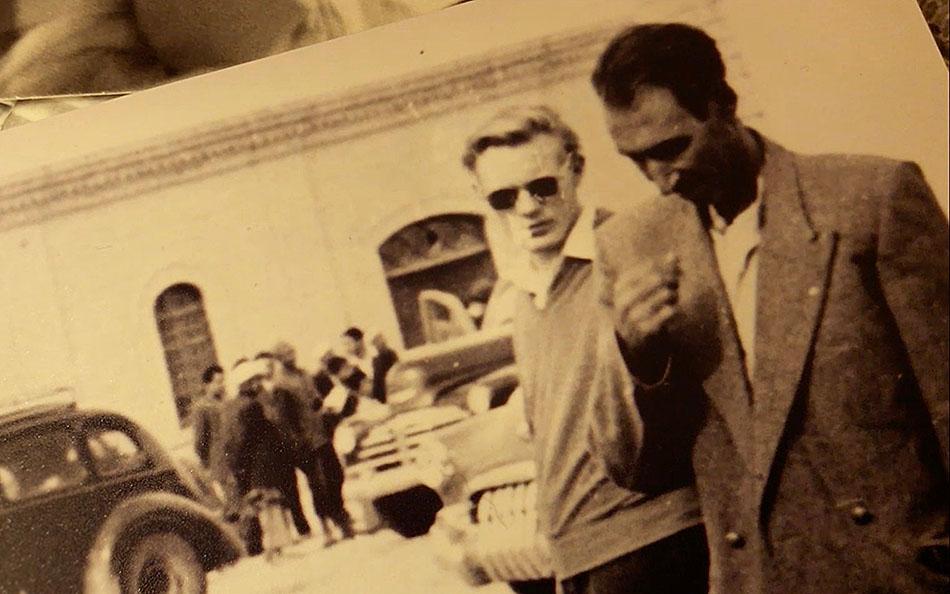 A rare photograph of Norman Darbyshire (sunglasses) as he prepares to evacuate the country along with his Embassy colleagues after Mosaddeq's government closed down the British mission in Iran on October 22, 1952. 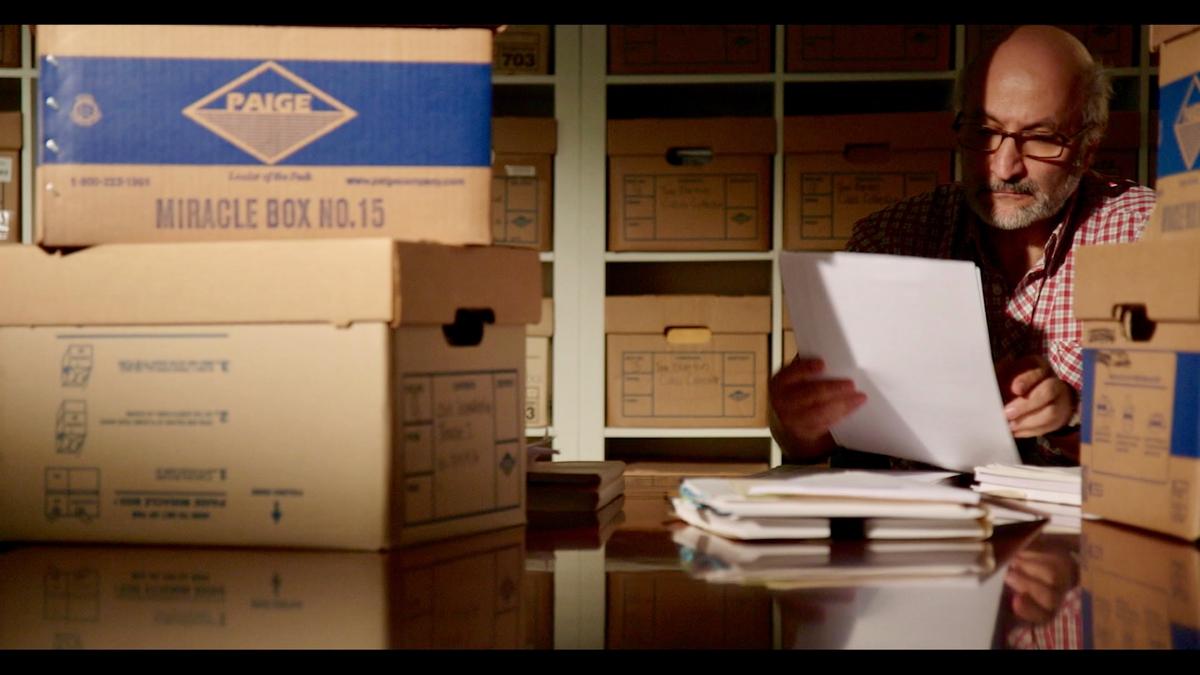 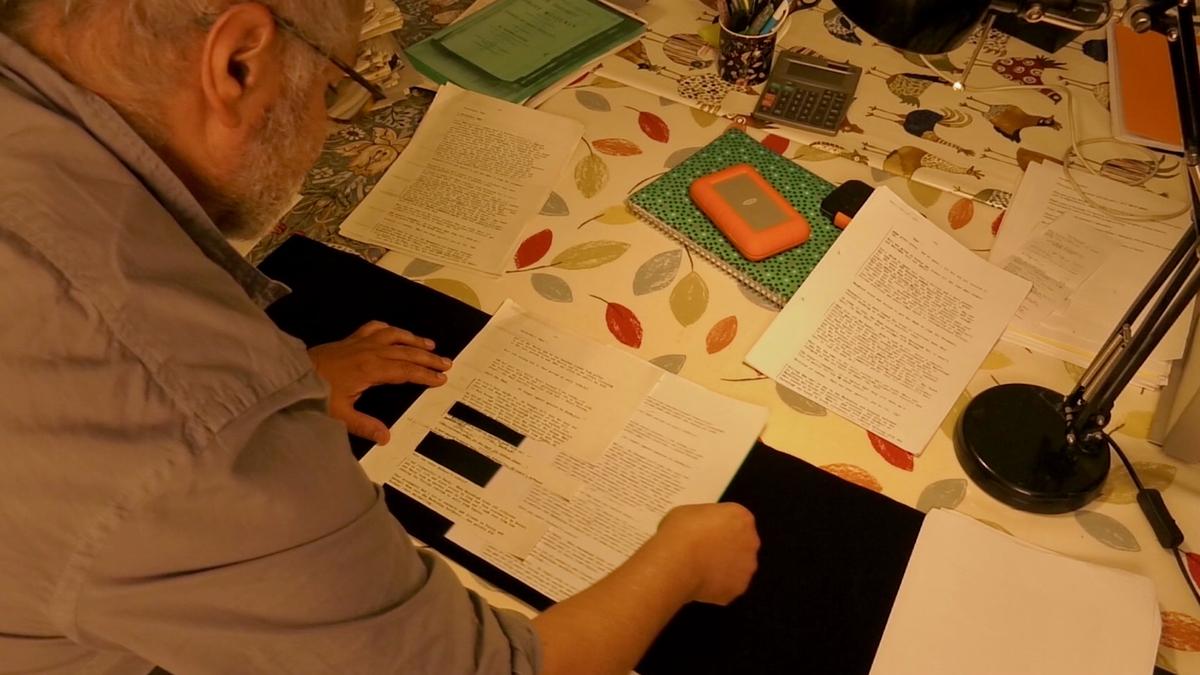 Taghi Amirani compares the "cut" and "uncut" versions of the Darbyshire interview transcript. 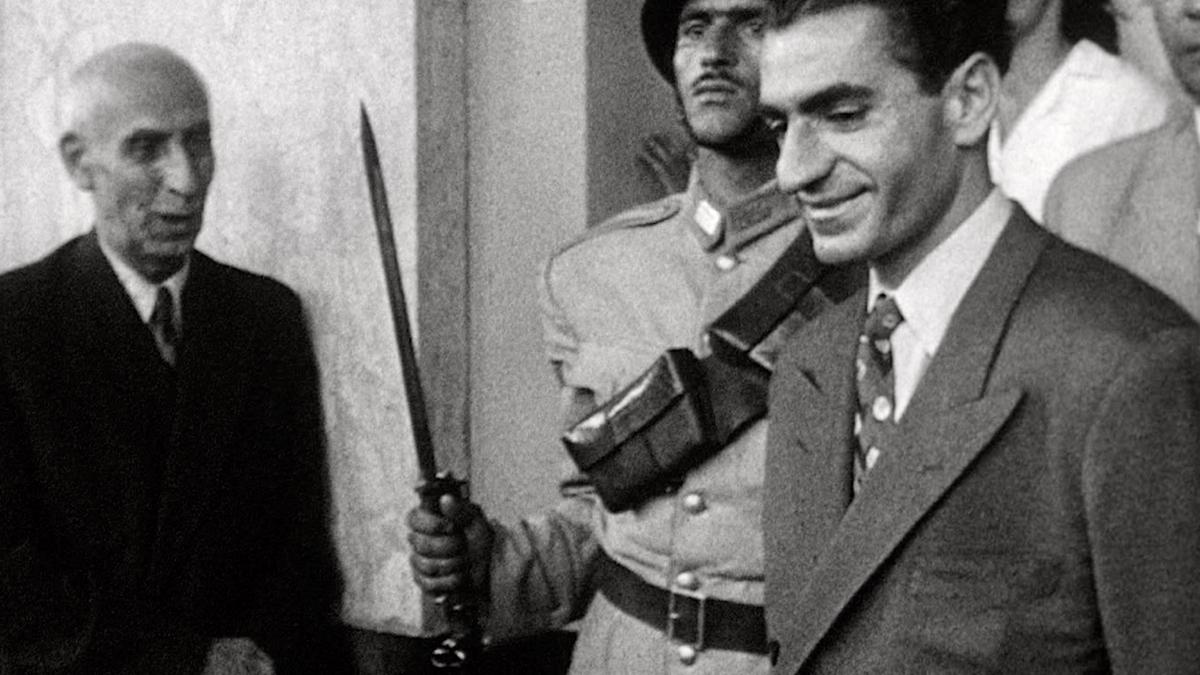 Prime Minister Mohammad Mosaddeq (left) and Shah Mohammad Reza Pahlavi (right) in a slightly awkward encounter as the monarch leaves the hospital following a reported operation on his appendix, circa Spring 1951. (https://youtu.be/dMqLfxxsvGY) 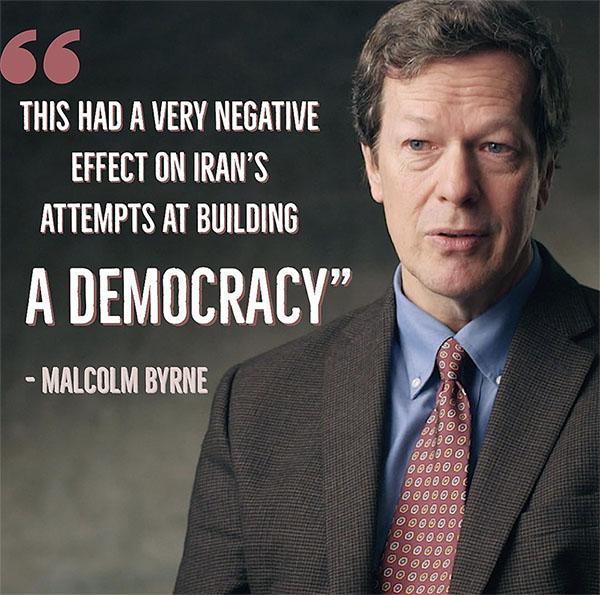 The National Security Archive provided documentation and interviews for the production.

Washington, D.C., August 17, 2020 – Britain’s Secret Intelligence Service – MI6 – took part in the 1953 kidnapping of the chief of police of Tehran, Iran, according to a recently recovered interview of an ex-MI6 operative that is featured in a new documentary film, COUP 53.  The full interview transcript is posted today for the first time by the National Security Archive.

Norman Darbyshire, who helped plan the overthrow of Mohammad Mosaddeq on August 19, 1953, made the disclosure about the kidnapping in an interview for the Granada Television series End of Empire that aired in 1985. But Darbyshire’s account never made it into the series.

The interview transcript disappeared for more than three decades until it was obtained – from Mosaddeq’s grandson – by COUP 53 director Taghi Amirani.

The film, edited by Academy Award-winner Walter Murch and featuring a cameo by Oscar nominee Ralph Fiennes, explores the coup on several levels, including its tortuous historiography.  The Archive provided numerous declassified CIA and other American records to the film’s creators.

The British government’s decades-long refusal to open its own official record of the operation has significantly impeded historians' attempts to unearth the full story, which consequently heightens the interest level of materials like Darbyshire’s candid recollections.

The abduction of Tehran police chief Mahmoud Afshartous was a major event in April 1953, coming at a time of political upheaval in the country.  Rumors abounded about the perpetrators, many pointing to key rivals of Mosaddeq, including Gen. Fazlollah Zahedi who replaced him as prime minister after the coup.  Whoever carried it out directly, Darbyshire is blunt about Britain’s role.  Asked: “Were you involved in [the] Afshartus assassination?” he replies: “Yes.”

The ex-agent does, however, go on to say that murder was not the objective.  “Something went wrong; he was kidnapped and held in a cave.”  Under guard by a “young army officer,” Afshartous “was unwise enough to make derogatory comments about the Shah ... and the young officer pulled out a gun and shot him.”  Darbyshire insisted the point of the abduction was “to boost the morale of the opposition” to Mosaddeq and that his death “didn’t help.”

This account has its skeptics.  Stephen Dorril wrote about the kidnapping in his book MI6 (The Free Press, 2000).  He unquestionably had a copy of Darbyshire’s interview because he quotes directly from it several times, though he never identifies it in his endnotes.  Dorril’s view is that the murder must have been intended, otherwise “it is hard to see how Mossadeq’s supporters could have received the right message.” (p. 586)

The 14-page transcript posted below – and of course the film – have numerous other points of interest.  A notable example is Darbyshire’s attempt to persuade the Shah’s sister, Princess Ashraf, to fly from Paris to Tehran to talk the reluctant monarch into supporting the coup.  As Darbyshire recounts it, “We made it clear that we would pay expenses and when I produced a great wad of notes, her eyes alighted ...”

Scholars’ and journalists’ attempts to write the history of Mosaddeq’s overthrow have been severely hampered over the years by officially sanctioned document destruction and the continued blanket classification of significant portions of the written record – including virtually everything from the British side.  These realities heighten the value of any new documents that can provide insight into London's actions during the coup. 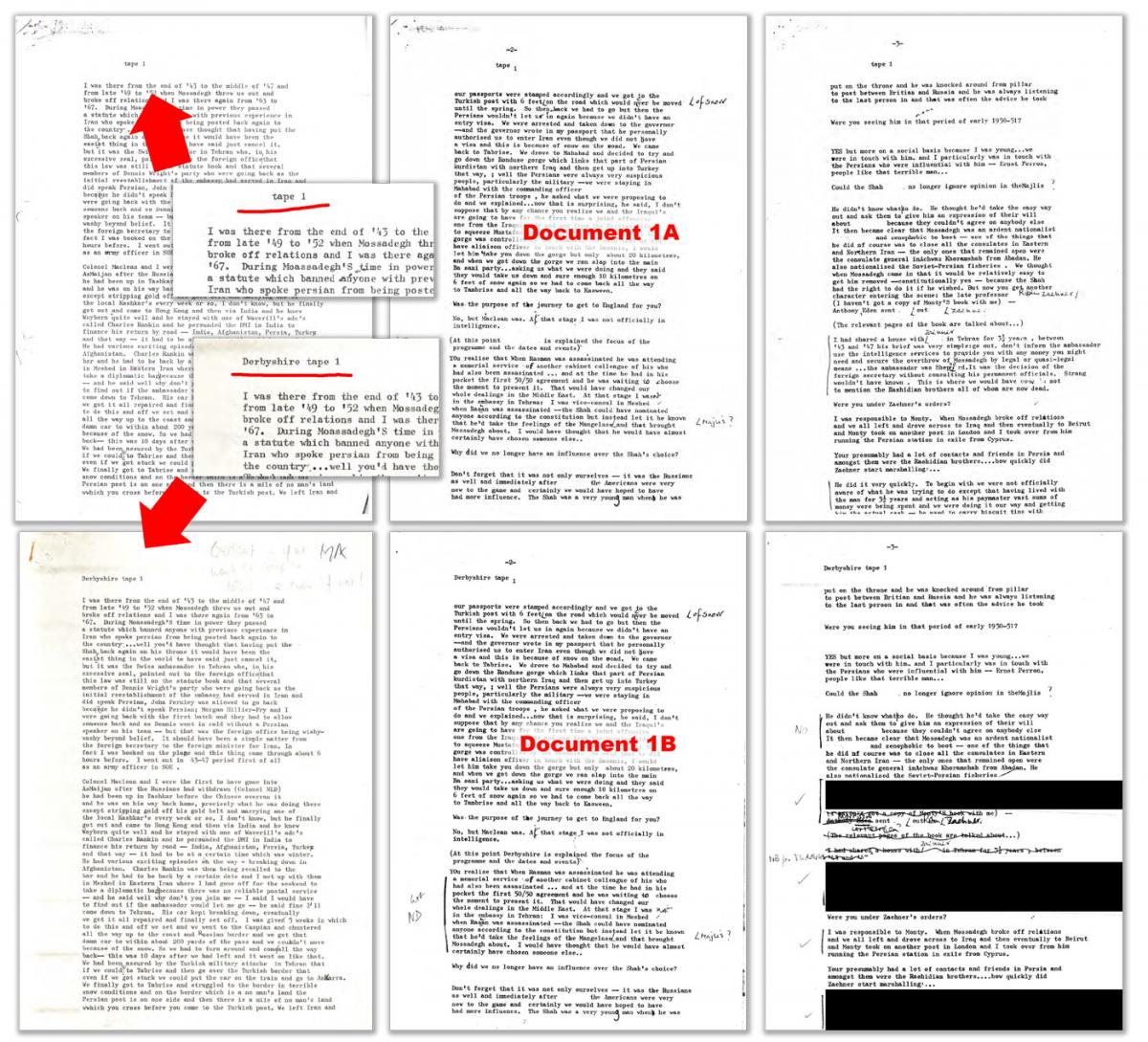 Transcript of Interview with Norman Darbyshire for End of Empire, c. 1985 (uncut)

This transcript of an interview with Norman Darbyshire, one of MI6’s key operatives in Iran in the 1940s and early 1950s, was discovered, along with additional material from the Granada Television series End of Empire, by the makers of the documentary COUP 53 in the possession of Mosaddeq’s grandson, Hedayat Matine-Daftary, who turned it over to the project.

What helps make this item noteworthy is the near-total lack of publicly available official records on Britain’s role during the oil nationalization crisis starting in 1951.  Closing in on 70 years after the fact, authorities continue to withhold archival records about the coup.  (The Americans in 2017 published what will probably be the last significant official release of their records, although more are known to still be classified.)

Darbyshire covers a range of topics relating to Britain’s role in Iran and the coup in particular and he does so with a directness, not to say mordant wit, that reveals his colorful character.  As for candor, the following description of certain British attitudes is characteristic: “the AIOC [Anglo-Iranian Oil Company] were ... ex-patriots who called anyone west of Calais a wog and to them Iranians were wogs. The fact that they had just as qualified engineers and chemists as the AIOC was irrelevant; the Persians were not allowed to be members of the ‘Club’.”

The transcript itself is roughly typed with innumerable typos and other problems; even the subject’s name is misspelled.  It was for the internal use of the series’ producers to help decide which passages to use in the film.

Transcript of Interview with Norman Darbyshire for End of Empire, c. 1985 (redacted)

This posting consists of two versions of the transcript. Document 1A is “uncut” and Document 1B shows where segments chosen for inclusion were – in the days before computerized editing – physically cut out of the paper copy and pasted onto a working script. The reason for including both is that the uncut version does not include Darbyshire’s name, whereas the cut version does. The producers evidently provided a copy to journalists but were wary of revealing Darbyshire's name and whited it out throughout the transcript.

Who Was Norman Darbyshire?

The film COUP 53 focuses significant attention on this elusive figure who was a key contributor to Britain’s clandestine approach toward Iran in the early 1950s and whose final words on the coup, provided for the Granada Television series End of Empire, were never aired.

Darbyshire’s past is largely unknown.  By his account, he first went to Iran as an army officer in 1943 and spent most of the following decade there until “Mossadegh threw us out and broke off relations” in 1952.  When his superior, Christopher “Monty” Woodhouse, took another position Darbyshire assumed charge of the “Persian station” now operating out of Cyprus.  He served in Iran again from 1963-1967.

Stephen Meade, an American army colonel who worked with him briefly on Iran had a high opinion of Darbyshire, who may not have been quite 30 years old at the time. Meade recalled him as a “very competent individual” and a “very capable operator.” [A transcript of Meade's interview for the End of Empire series can be found here.]

Glimpses of his personality peek through in this somewhat rambling interview as he recounts various adventures (he was one of the first British officials to visit Azerbaijan after the Soviets withdrew several months after World War II) and offers sharp analyses of current events, in addition to insights into Britain’s shadier activities in the country.  He touches on other topics such as his contacts with the Rashidian brothers who were involved with the coup and the cash payments (bribes) he routinely made to members of Parliament “to keep them sweet.”

He peppers his comments with acerbic asides about Iranians, Brits, and others: the young Shah “was always listening to the last person in;” the monarch’s unofficial (Swiss) private secretary Ernest Perron was a “terrible man;” and SIS director John Sinclair “knew about as much about the middle east as a 10 year old (far more interested in cricket anyway).”

Between the lines is a nagging resentment at the Americans, particularly the CIA.  One of the hallmarks of some personal accounts of the coup is the tendency to take exclusive credit for its success.  For many people, the poster child for self-aggrandizement was Kermit Roosevelt who directed the Americans on the ground in August 1953 and wrote about it in a controversial memoir, Countercoup.  Even countryman and coup planner Donald Wilber vented at Roosevelt’s placement of himself at the heart of the operation.

Darbyshire’s reference on page 9 is undoubtedly to Countercoup – “The whole of his book is slanted as though the operation was totally carried out by the Americans and that the Shah recognised this.”  He believed that Iran’s ruler “had a sneaking regard for what you might call British intelligence rather more than for the American CIA who were always bungling thisngs [sic].”  By the 1960s, he says, he was meeting with the Shah “once a fortnight.”

These comments are our best clue to Darbyshire’s unusual candor despite the sensitivity of the topic and his instinct for anonymity.  He reportedly had been terminated from the service around the time of the Iranian revolution for reasons that are murky.  (Historian William Roger Louis points out that his reputation became “clouded because of drunkenness, reckless behavior,” and allegations of domestic abuse.)  By the time the producers approached him, Roosevelt’s memoir had hit the bookstands and, as Lord David Owen speculates in COUP 53, he was probably “fed up with being told that this was the Americans.” 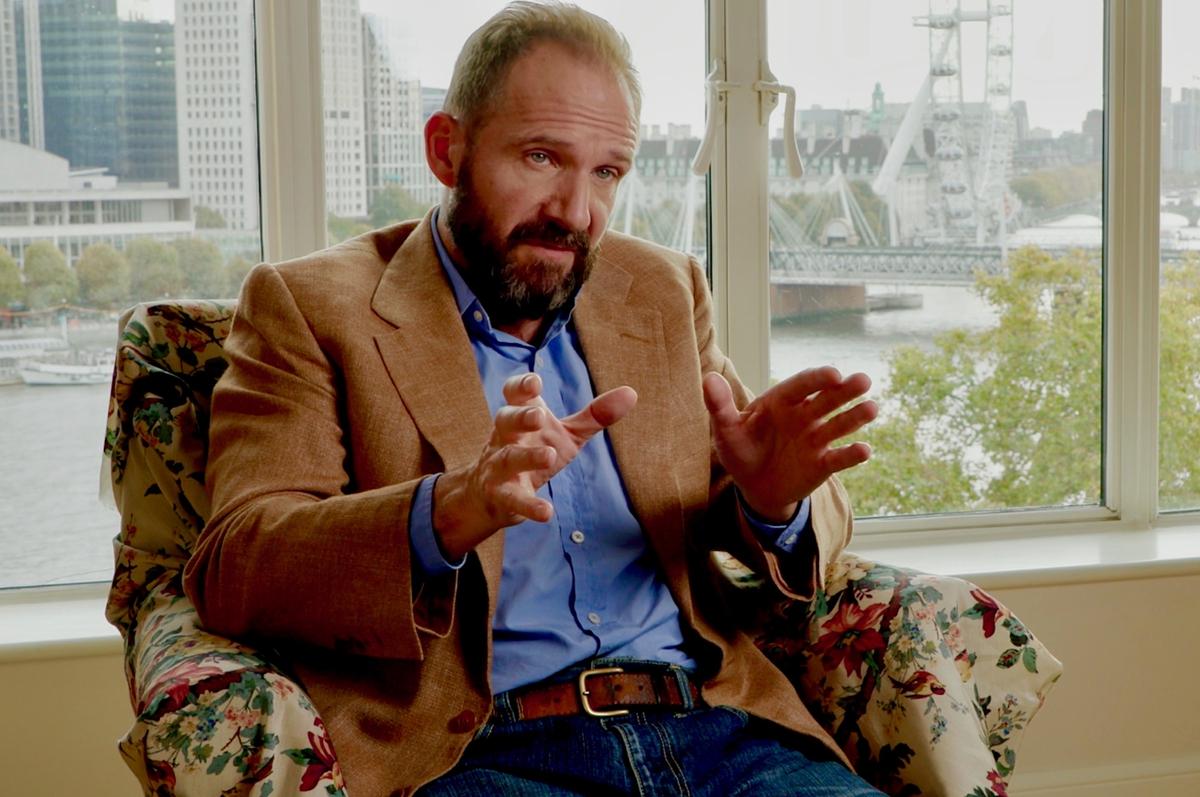 Academy Award-nominee Ralph Fiennes literally sits in for Norman Darbyshire in a COUP 53 recreation of the latter's 1980s interview for the End of Empire series.