The United States and the North Korea Nuclear Threat

Engaging North Korea: Evidence from the Bush I Administration
Nov 8, 2017

North Korea and the United States: Declassified Documents from the Bush I and Clinton Administrations
Aug 23, 2005

Washington D.C., February 26, 2019 – Prior U.S. administrations from both political parties wrestled intensively with complex security, economic, and diplomatic challenges in trying to rein in successive North Korean dictators’ nuclear ambitions, a review of declassified documentation makes clear. Today, the National Security Archive at The George Washington University presents an array of records from the Nixon, Bush 41, and Clinton administrations that describe the many concerns and tests that have confronted U.S. policymakers and negotiators alike.

These records provide essential historical context for the upcoming February 27-28 meeting in Hanoi between President Donald J. Trump and North Korean leader Kim Jong Un. They underscore the recognition that war with North Korea would mean immense casualties; the concern of officials such as Defense Secretary Dick Cheney that diplomatic strategy not be jeopardized by discussions of military action; the realization that bilateral diplomacy had to go hand-in-hand with multilateral negotiations; the recognition that China’s critical role cannot be overlooked; and the awareness that the larger question of stability on the Korean peninsula and the wider region would inevitably encompass non-nuclear concerns as well, notably the economic viability of the North.

The United States and the North Korea Nuclear Threat

President Donald Trump and North Korean leader Kim Jong Un will hold their second summit meeting in Hanoi, Vietnam on February 27-28, 2019. Their first summit, held in Singapore on June 12, 2018, produced a joint statement expressing agreement to work on new relations between the two countries and “complete denuclearization” of the Korean peninsula, but with little in the way of specifics as to how these aspirations would be attained. Since the first summit, Trump’s own intelligence community has continued to warn that North Korea has not halted work on its nuclear weapons or missile technology programs, despite Tweets from the President claiming success for his personal diplomacy with Kim Jong Un, and expressing disdain for the findings of the intelligence community. On the eve of the summit, both administration officials and North Korea experts have been reported to express concern that Trump, in his eagerness to make the summit a success, may make concessions such as agreeing to the withdrawal of U.S. troops from South Korea.

Efforts to implement the Singapore agreement have also proven difficult to achieve, whether in terms of what each side means by “denuclearization,” or the linkages between steps each side needs to take, be it normalization of relations and the easing of sanctions by Washington, or verifiable steps by Pyongyang to begin dismantling its nuclear weapons and missile programs. Similar obstacles will likely face any agreement coming from the Hanoi summit.

In order to provide some essential historical context for the Trump-Kim summit and a better understanding of how previous administrations have sought to tackle the complex diplomacy surrounding efforts to reduce the North Korean nuclear and missile threat, the National Security Archive’s Korea Project is posting today a selection of declassified documents taken from previous Electronic Briefing Books dating back to 2003. These eleven postings cover U.S. efforts to meet North Korea’s military threat from the Nixon through the Clinton administrations. Links to these earlier postings, which also provide more detailed discussion of the historical context of the documents, can be found in the sidebar on this webpage.  Among the key points in these materials:

As these documents make clear, diplomacy aimed at ending North Korea’s nuclear and missile threats is a complex and challenging undertaking. The old saying that the devil is in the details will certainly apply here: any substantial agreement with Pyongyang will have to master the finer points of aligning strategic interests and goals not just between the United States and North Korea, but also involving South Korea, Japan, and China. 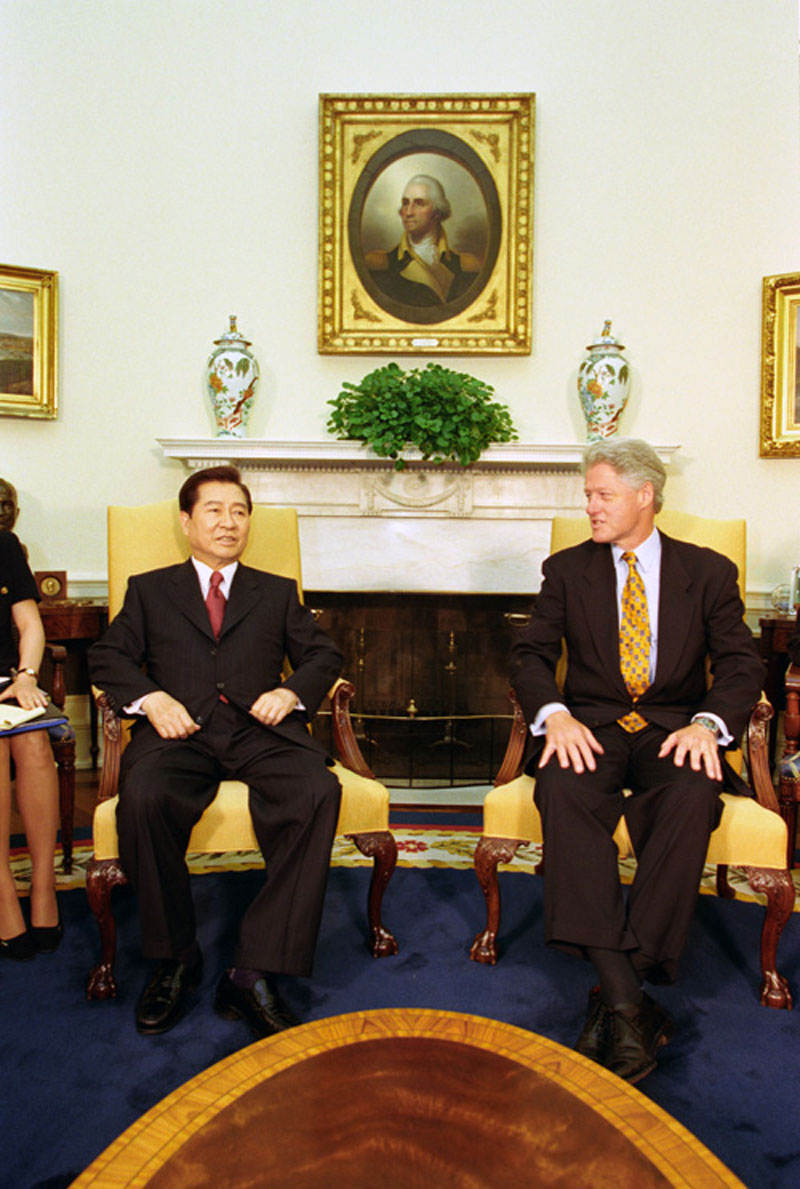 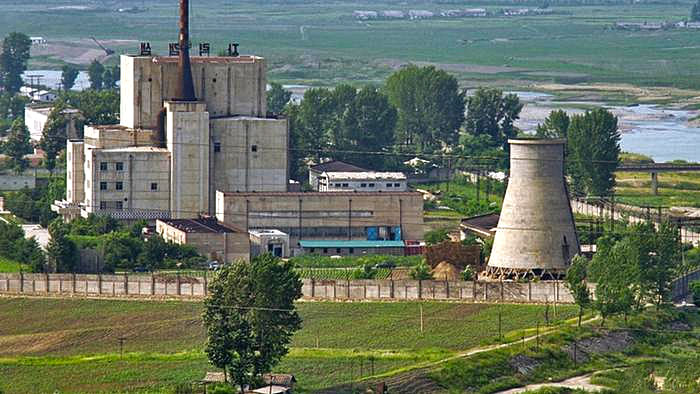 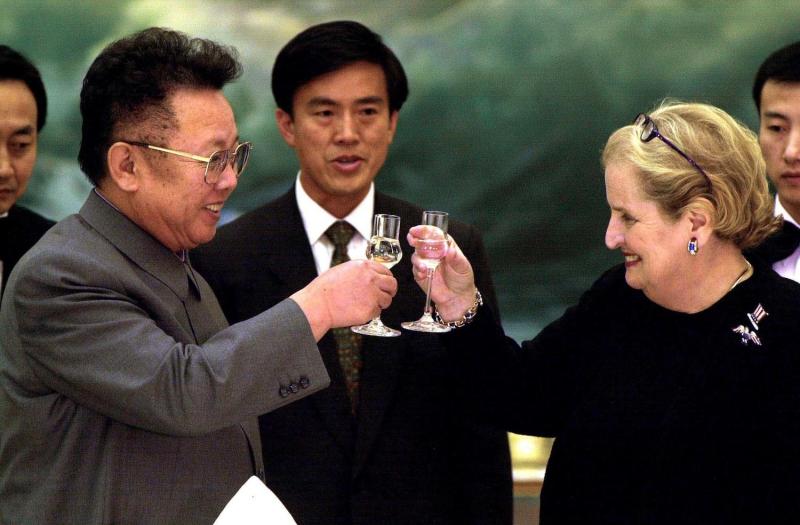 Secretary of State Madeleine Albright meets with North Korean leader Kim Jong Il in Pyongyang in October 2000. The historic trip would mark the high-point of relations between the two countries, as the incoming Bush administration would take a dramatically different approach. (Photo Credit: The National Review) 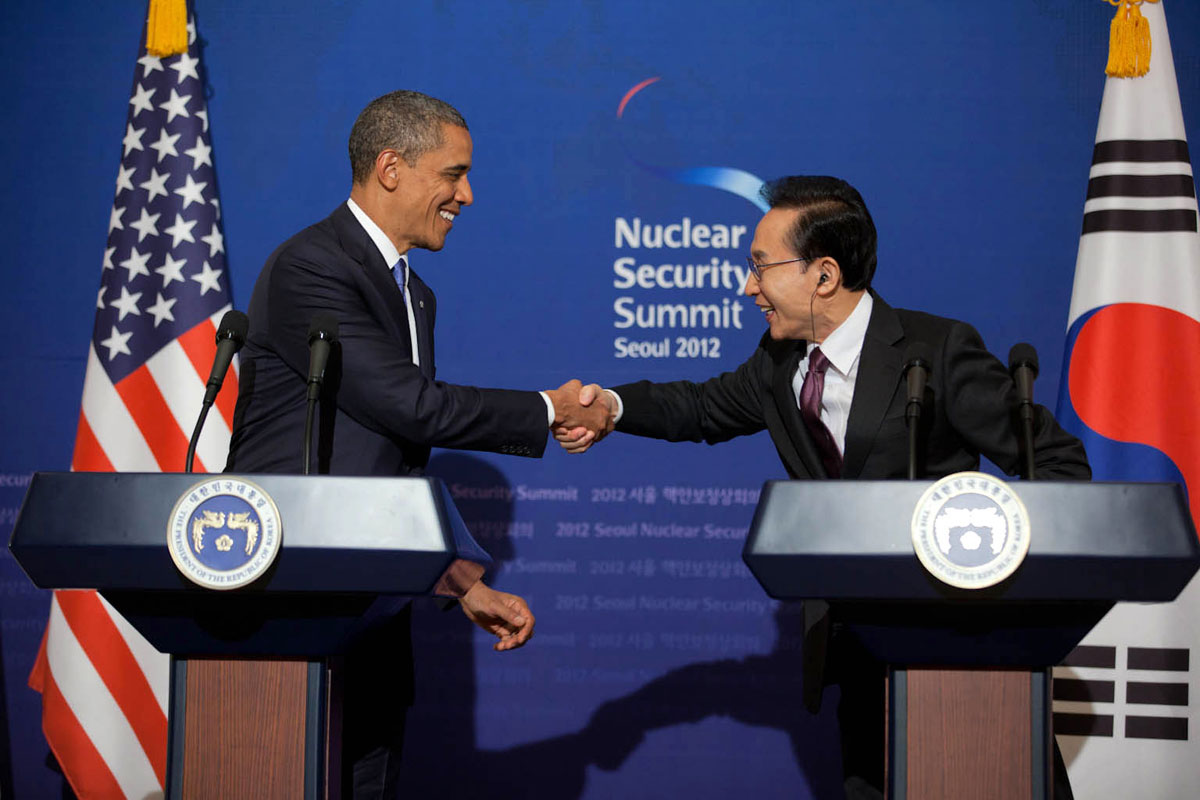 President Barack Obama and President Lee Myung-bak of the Republic of Korea shake hands during their press conference at the Blue House in Seoul, Republic of Korea, March 25, 2012. (Official White House Photo by Chuck Kennedy) 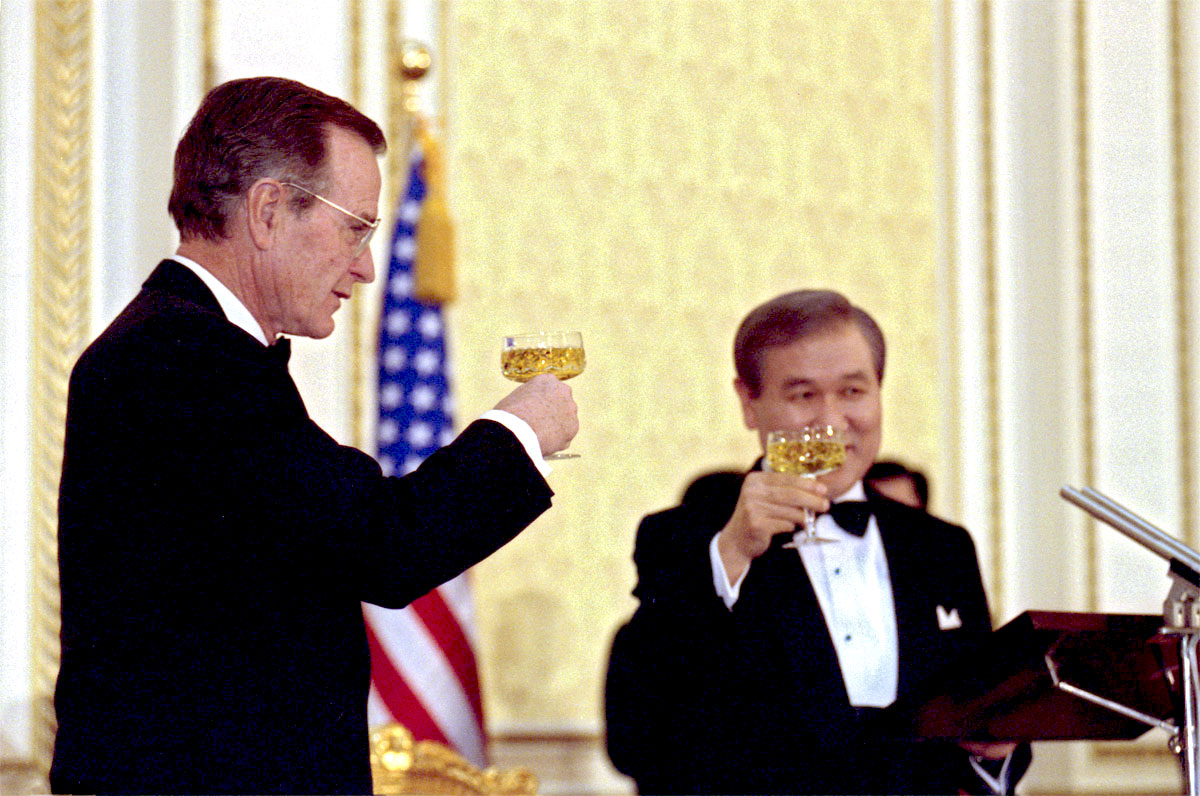