60th Anniversary of Irish Resolution: A Forerunner of the NPT
October 29, 2018

The Nuclear Non-Proliferation Treaty and the Mexican Amendments: The Negotiating Record
May 24, 2018

"The Impulse towards a Safer World"
40th Anniversary of the Nuclear Nonproliferation Treaty
July 1, 2008

Washington, D.C., July 16, 2019 – The latest addition to the award-winning publications series The Digital National Security Archive provides a trove of important historical documentation on global nuclear proliferation, including numerous new details and insights into the clandestine programs of India, China, Israel, and other would-be nuclear states.

U.S. Nuclear Nonproliferation Policy, 1954-1968: From Atoms for Peace to the NPT, compiled and edited by National Security Archive nuclear expert William Burr, explores a crucial period in the nuclear era when many of the problems and challenges facing today’s nonproliferation regime began to emerge.

The new collection, totaling over 2,300 documents and 12,645 pages and distributed by the academic publisher ProQuest, fills significant research gaps for historians and offers a variety of document-based cases to help inform public debate as well as government decision-making about curbing the spread of nuclear weapons.

During the early 1960s, U.S. intelligence experts expected that China would develop and test a nuclear device in the not-too-distant future. By mid-1964, U.S. intelligence had detected signs of technical preparations for a test and by late September 1964, State Department intelligence analyst Allen S. Whiting believed that recent “indications” suggested that one was imminent.  He prepared a memo sent to Secretary of State Dean Rusk predicting a test on 1 October 1964, China’s National Day.  Whiting was off by a few weeks – the test took place on 16 October – but his analysis informed Rusk’s decision to announce that a test was forthcoming.

Whiting’s estimate was declassified in 2018 and is included in the Digital National Security Archive’s latest collection the collection documents major developments in U.S. nonproliferation policy during the presidencies of Dwight D. Eisenhower, John F. Kennedy, and Lyndon B. Johnson.  Today’s E-book includes Whiting’s estimates and other interesting examples published in the collection, including:

The Digital National Security Archive’s latest collection covers an especially significant period in the history of the nuclear age, when the spread of nuclear capabilities and the emergence of new nuclear powers produced concern in the U.S. government and elsewhere that nuclear proliferation could threaten international stability. Through the Atoms for Peace program and the creation of the International Atomic Energy Agency (IAEA), Washington had hoped to steer the development of nuclear power so that it would be used for such peaceful purposes as electric power generation.  But the emergence of new nuclear powers showed how difficult it was to curb proliferation.

U.S. Nuclear Nonproliferation Policy, 1954-1968  documents developing U.S. knowledge and concern about emergent nuclear powers.  Among the developments were India’s acquisition of a virtually unsafeguarded reactor from Canada and China’s efforts, with initial assistance from the Soviet Union, to develop technology for a weapons program.   Also included in the set are documents concerning France’s drive toward a weapons capability and the discovery of French-Israeli cooperation to build a nuclear reactor in the Negev Desert. While West Germany was far from interested in a weapons capability, Washington’s concern that it eventually might develop an interest informed proposals for a multilateral force to give Germany a nuclear role without actually transferring weapons to its control.

Also documented is the U.S. reaction to China’s first nuclear test in October 1964, which deepened interest in an international nonproliferation agreement.  Within a few years the U.S. and the Soviet Union were closely associated in negotiating a treaty because of shared interests in nonproliferation.  Yet, agreement was delayed because Moscow argued that the proposed MLF was a form of nuclear proliferation; it was not until mid-1966 that the U.S. government broke the stalemate by jettisoning the MLF.  Moscow and Washington agreed to treaty language that ruled out the “transfer” of nuclear weapons. tn non-nuclear weapons states. That represented a Soviet concession because the new language validated U.S. nuclear weapon stockpile arrangements with NATO countries, including West Germany, which Moscow had criticized in the past.

All of these developments are covered in the new DNSA collection, along with other significant topics such as the step-by-step negotiation of the NPT, including the treaty articles on safeguards and disarmament.  The protracted negotiations over Article III on safeguards reflected disagreement over the relationship between the safeguards systems of the IAEA and the European Atomic Energy Community (EURATOM), in particular whether “self-inspection” by the latter would be permissible under the NPT.  The dogged efforts by U.S. negotiators to persuade the Soviets to accept EURATOM safeguards is a running theme in the documents on the NPT talks.

Among other topics covered in the collection are: 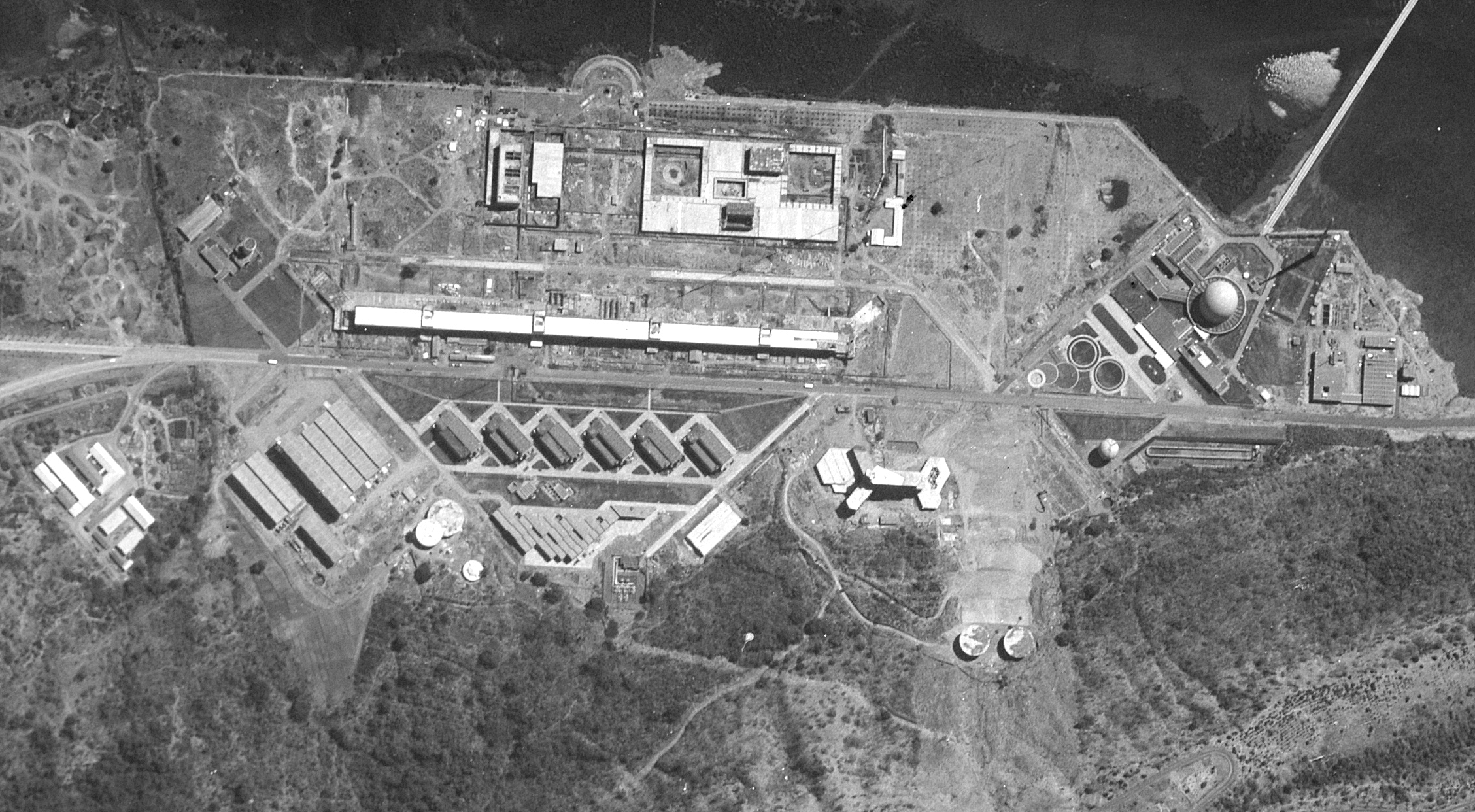 Trombay, the site of India's first reactor (Aspara) and a plutonium reprocessing facility, as photographed by a KH-7/GAMBIT satellite on February 19, 1966. 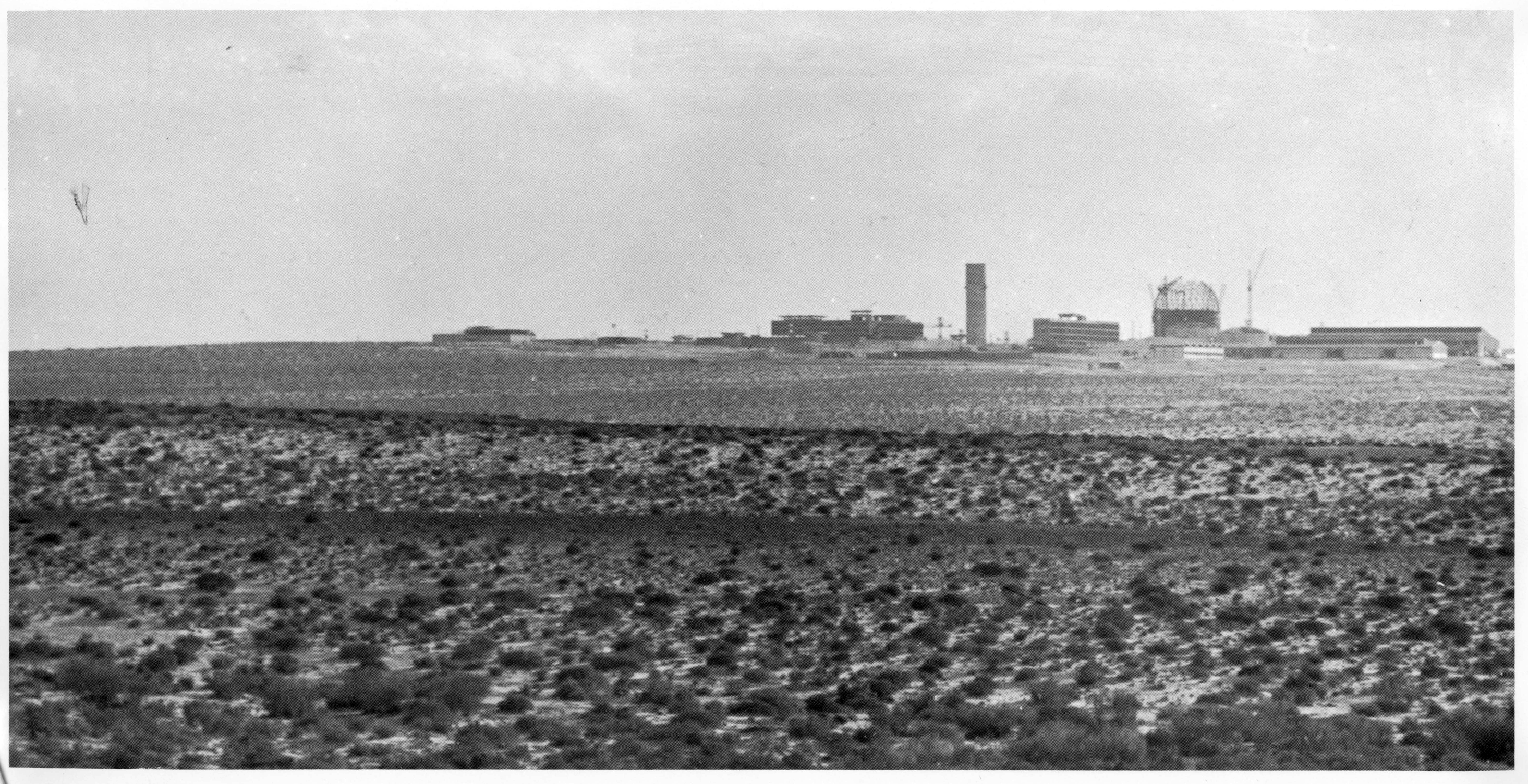 This was one of a number of photographs of construction work at the Israeli reactor site in the Negev Desert that U.S. and British military attachés took during the last months of 1960.  Secretary of State Christian Herter used a photo like this during a tense meeting with Israeli Ambassador Avraham Harman in December 1960 (see Document 4).

[1]. Telegram 486 has been released in excised form, on the Digital National Security Archive. The relevant text is as follows: “Ben-Gurion' s announcement will also mention new 10 to 20 megawatt natural uranium and heavy water nuclear reactor to go critical in about a year and a half. Reactor reportedly exclusively of Israeli design, with some French equipment; and to be used for research in desert plants, drought resistant seeds, short-life isotopes and radio biological research not now possible at present 1-5,000 kilowatt reactor.” See Digital National Security Archive, Nuclear Nonproliferation, NP00710.

[2]. Rusk was likely influenced by Secretary of Defense Robert McNamara’s statement in his 1962 Ann Arbor speech that “we wold find it intolerable to contemplate having only part of the strategic force launched in isolation from our main striking power”. See Matthew Jones, “Prelude to the Skybold Crisis: The Kennedy Administration’s Approach to British and French Strtategic Nuclear Policies in 1962,” Journal of Cold War Studies 21 (2019), at 78.