Edited by Robert A. Wampler, Ph.D.

Kim Young Sam: “I would not trust North Korea despite an agreement”

Kim Dae Jung: “If they don’t change, they simply have no future”

Engaging North Korea I: Evidence from the Bush I Administration
by Robert A Wampler
November 8, 2017

North Korea shot down a U.S. spy plane in 1969. Trump might be appalled by the response
By Michael S. Rosenwald
November 7, 2017

North Korea has taken provocative actions for decades, but this time could trigger war
By Jim Michaels
USA Today
September 26, 2017

The Long History of North Korea's Declarations of War
By Isaac Stone Fish
The Atlantic
September 25, 2017

How Do You Solve a Problem like (South) Korea?
National Security Archive Electronic Briefing Book No. 595
Jun 1, 2017

Trilateralism and Beyond: Great Power Politics and the Korean Security Dilemma during and after the Cold War
National Security Archive Electronic Briefing Book No. 384
July 6, 2012

North Korea and the United States: Declassified Documents from the Bush I and Clinton Administrations
National Security Archive Electronic Briefing Book No. 164
August 23, 2005

Washington, D.C., June 18, 2020 – American and South Korean assessments of North Korean dictator Kim Jong Il shifted during the course of negotiations in the 1990s over the North’s controversial nuclear program, according to recently declassified documents obtained under the Freedom of Information Act and posted today by the nongovernmental National Security Archive at The George Washington University. Successive South Korean leaders agreed on the grave danger that would be posed if Pyongyang violated nuclear agreements but emphasized differing perspectives, from deep distrust to a more confident sense that Seoul had the advantage of time.

On the American side, the documents show Secretary of State Madeleine Albright expressing a very different understanding of the North Korean leader after meeting with him in October 2000. No longer seeing him as “strange, moody and hypersensitive,” she took the cautiously optimistic view that he may actually be more “practical, pragmatic, decisive, and non-ideological” than the U.S. had realized.

Today’s posting builds on a series of earlier National Security Archive E-books, most recently this collection from December 2017 on engaging North Korea. Together, the materials provide detailed insights into Pyongyang’s motivations, intentions, and negotiating styles, how Washington and Seoul perceived the threats from the North as well as the opportunities arising from the Agreed Framework, and the myriad issues that encumbered the negotiating process.

Among the challenges Clinton administration officials faced along the way were determining whether Pyongyang had violated the agreement by building an underground nuclear facility; mitigating Kim Young Sam’s “neuralgia toward Japan” which hindered attempts at a tripartite approach to the issue; and working to avert a Russian offer of light water reactors to North Korea.

The Clinton Administration and the Two Koreas (Continued)

This document posting provides new documents on the Clinton Administration’s efforts to engage with North Korea on the issues of its nuclear weapons and missile programs, and U.S. moves to lay the basis for an overall improvement in relations with Pyongyang during Clinton’s second term. As recent events have shown, even a global pandemic has not prevented North Korea from finding ways to insert itself into the news, from the mysterious disappearance and resurfacing of Kim Jong Un to the recent North Korean threats to send troops into the Demilitarized Zone and the destruction of a liaison office at Kaesong. Media reports have tied these events to a higher-profile role for Kim Jong Un’s sister, Kim Yo-jong, in public affairs regarding inter-Korean relations..

Occurring two decades ago and earlier, the negotiations discussed in these documents, along with those released in an earlier posting from December 2017 hoped to eliminate the threat posed by North Korea to security and stability on the peninsula and in the wider region. The historical context for these documents is discussed in the 2017 posting’s essay. As that essay notes, the promise of the Clinton era’s diplomacy would prove to be unfulfilled.  Congressional suspicions about the administration’s North Korea policies would soon be mirrored by the George W. Bush administration’s shift to a more confrontational approach, which found justification in the 2002 discovery that North Korea had resumed its nuclear weapons program in violation of the 1994 agreement.

The documents in today’s post shed additional light on U.S. efforts to persuade North Korea to adopt a different course in its relations with Washington and Seoul that would remove the threats posed by its nuclear and missile programs, coordinate its North Korea policies with South Korea and Russia, advance the dialogue between North and South Korea and lay the basis for Pyongyang to move towards normalized relations with the U.S. They fall into two groups: the talks leading to the 1994 Agreed Framework to halt North Korea’s nuclear program, and the follow-on efforts in 1998-2000 relating to missiles. In the latter case, the idea was to build on an agreement to rein in Pyongyang’s missile program and establish the steps needed to secure more normal relations with the U.S. and South Korea, culminating in Secretary of State Madeleine Albright’s historic trip to Pyongyang in 2000. For the first period, the account in Going Critical: The First North Korean Nuclear Crisis by Robert Gallucci, Daniel Poneman, and Joel Wit remains the best and most detailed narrative account of the U.S. diplomatic effort that resulted in the1994 Framework Agreement.[1] The 1993-1994 documents posted here are the result of the Archive’s effort to secure declassification of the documents the authors drew on in writing Going Critical.

The first group of documents posted today underscores the difficulties the U.S. faced on two fronts in its diplomatic efforts: dealing with South Korean president Kim Young Sam’s deep-rooted distrust of North Korea, and deflecting Russian interest in providing light water reactors to North Korea as part of the Framework Agreement. The memoranda of telephone conversation between Clinton and the South Korean president in which they discussed the Geneva talks between the U.S and North Korea show Kim Young Sam repeatedly pressing Clinton about the perils of trusting North Korea, bluntly warning that “Any commitment they make can’t be relied on. . . . We can’t really trust them. . .” Kim took every opportunity to stress the essential need for a South Korean role in pursuing North-South dialogue, which also reflected worries that the U.S. would pursue a separate bilateral agreement with Pyongyang that left out Seoul. Kim Young Sam was also apparently an obstacle to close trilateral policy coordination between the U.S., South Korea and Japan on North Korea, given U.S. Ambassador to Japan Stephen Bosworth’s comment that the South Korean leader’s “neuralgia” toward Japan made “tripartite thinking hard for him.” Ambassador Robert Gallucci’s briefings for the Russians on the Geneva talks show another diplomatic front that required some finesse, as he worked to head off any effort by Moscow to push for the selection of Russian light water reactors to supply North Korea’s power needs as part of the 1994 agreement. As Gallucci told the Russians, “Only South Korean reactors, financed largely by Seoul with some help from Tokyo, passed the test . . . that any light water reactor package had to be politically, technically and financially viable.” The need for the U.S., South Korea and Japan to carry out their LWR commitments to North Korea was underscored by Clinton in a meeting with the South Korean and Japanese leaders, when he warned that “We don’t want to give North Korea an excuse not to keep its word,” a warning that would prove prescient.

The second group of documents dating from 1998 to 2000 shows how U.S. diplomacy had to deal with a different set of views toward engagement with North Korea expressed by South Korean president Kim Dae Jung; secure Congressional support for the new course in North Korea policy laid out by the Perry report; and assess the new perspective on North Korea provided by Secretary Albright’s visit to Pyongyang. Kim Dae Jung’s Sunshine policy sought to give North Korea incentives to adopt a more positive approach to North-South relations and engagement with the broader world. Behind this approach were assumptions that time was on the side of South Korea and the U.S. With regard to the prospects for reform under Kim Jong Il, President Kim believed that there was a chance of real change in North Korea within the next few years, because “if they don’t change, they simply have no future.” President Kim also saw no need for undue haste in connection with reacting to intelligence reports that North Korea might have a secret underground nuclear facility in violation of the 1994 agreement. President Kim and his senior advisors felt that a North Korean nuclear threat arising from the suspected secret underground facility would not materialize for several years, giving time for South Korea to give North Korea a high stake in peace. If this hope failed to materialize, Seoul felt there would be sufficient time to deal diplomatically and militarily with the threat “before it becomes lethal.”

The Clinton administration’s North Korean policies sought to temper cautious optimism with realism. As Gallucci told the Russians at one point, he recognized that there was a school of thought that Pyongyang was just stalling in the talks, but as a negotiator he had to test the optimistic assumption that they were seriously negotiating. Albright made a similar comment to Clinton in an August 1999 memorandum recommending that he engage in personal diplomacy with Congress to secure its support for the policies laid out in the Perry Report, particularly the easing of sanctions if North Korea took specific steps to rein in its missile program and exports. She admitted that “one can never know what to expect with the North Koreans,” and so they must be prepared for the downside. Still, she was more hopeful than in a long time, and so they must “put all our pieces in place so that our Congress and our allies provide us the space and support to pursue the upside.” Albright found additional grounds for this cautious optimism through her discussions with Kim Jong Il and his senior aides in North Korea in October 2000, as she noted in her separate briefings for South Korean president Kim Dae Jung and the Japanese foreign minister following her trip to North Korea. Based on her meetings there, she realized that the U.S. had until now failed to understand what type of person he really was, which was in contrast to the accepted view of him as “strange, moody and hypersensitive.” Now, agreeing with Kim Dae Jung that their earlier assessment of the North Korean leader was wrong, Albright saw Kim Jong Il as “practical, pragmatic, decisive, and non-ideological.” Still, as Albright told the press that “she was not born yesterday, and that her glasses were not rose-tinted.” 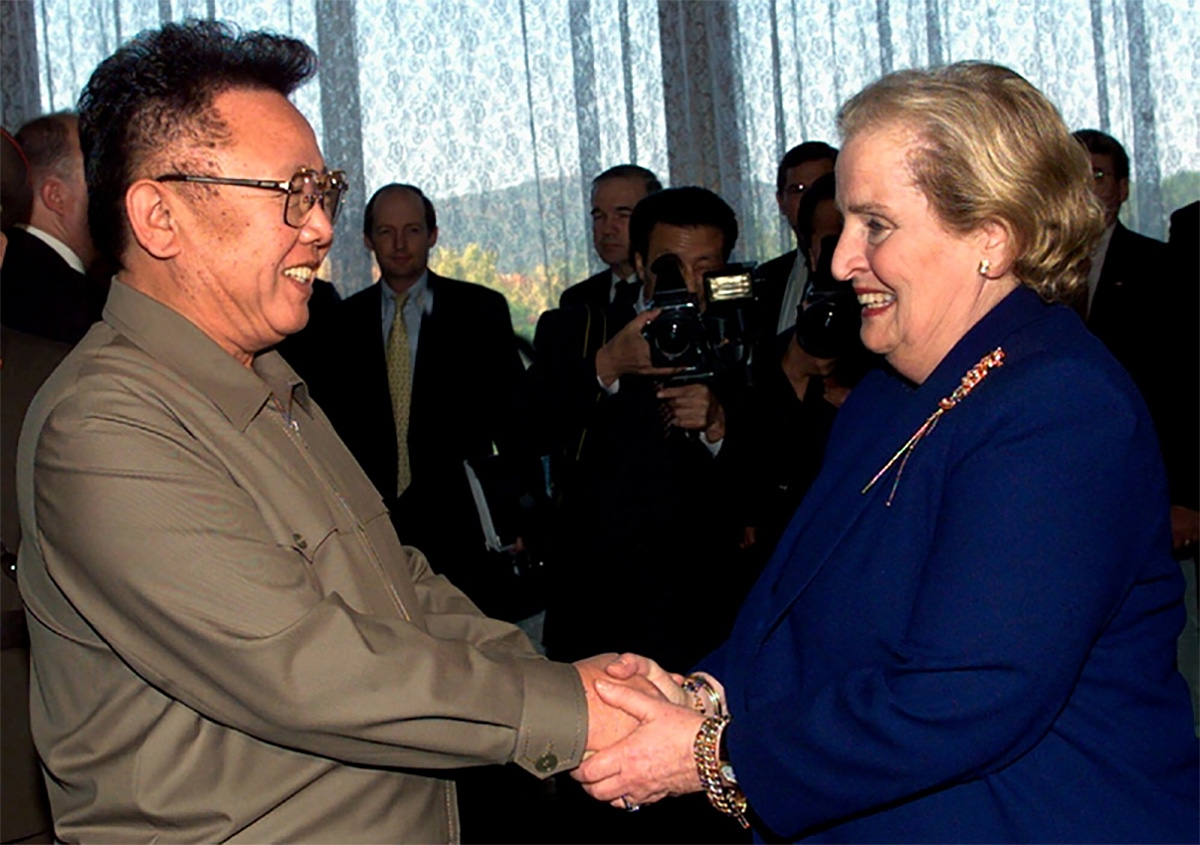 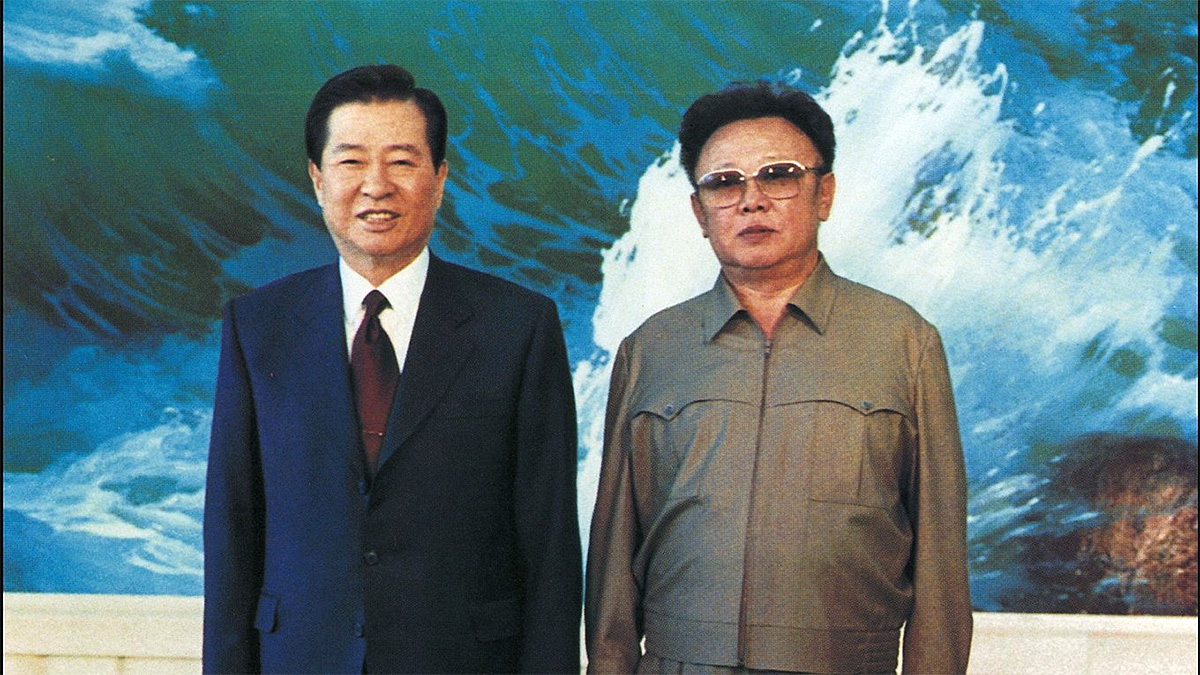 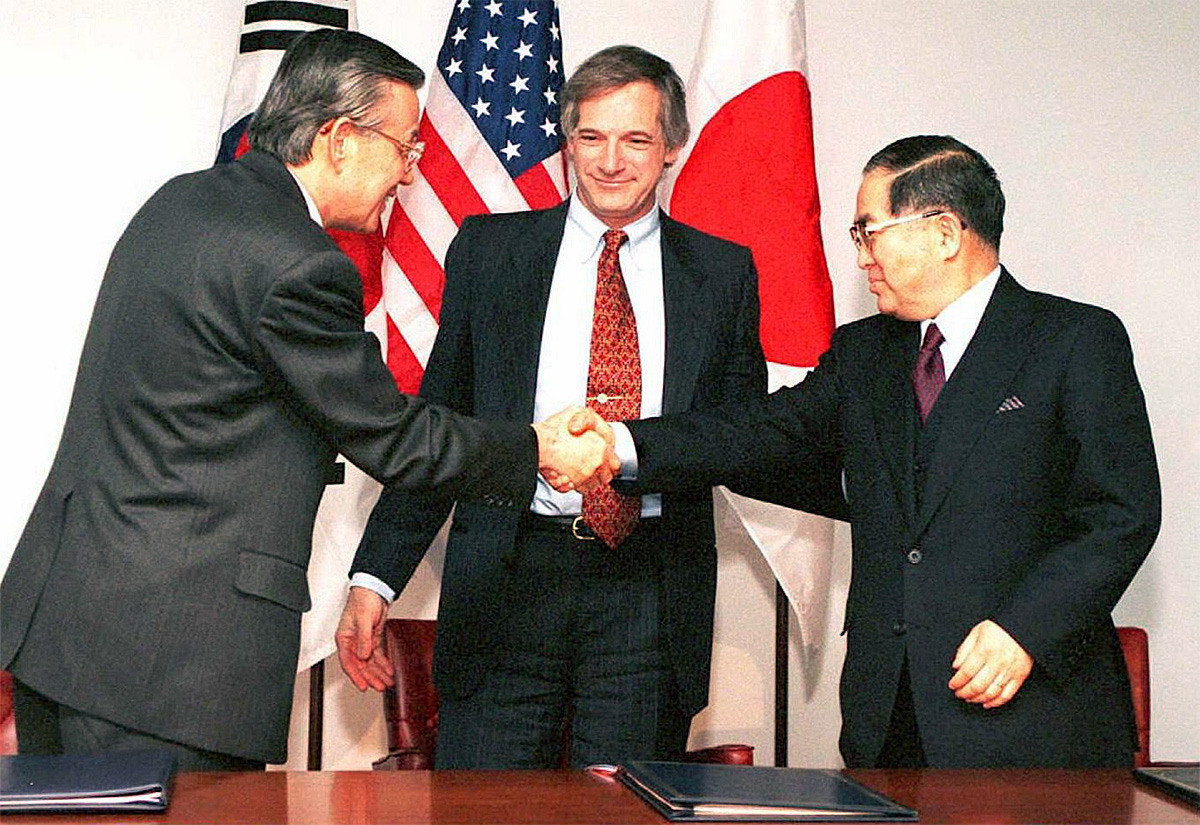 U.S. Ambassador-at-Large Robert Gallucci (center) and representatives of Japan and South Korea at the signing of the KEDO treaty. (Jon Levy, AFP via Getty Images) 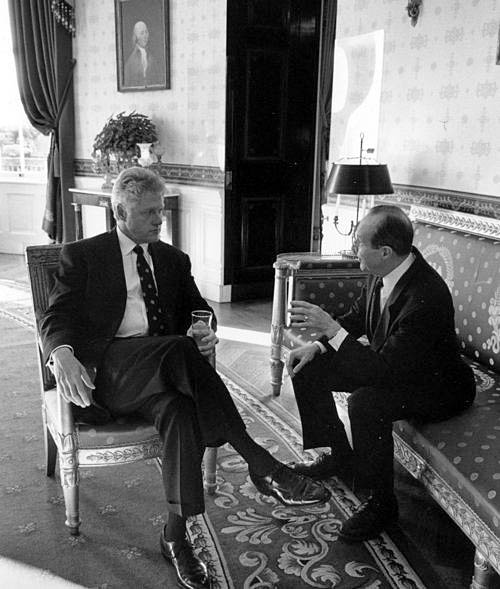 President Clinton meets with William Perry, the former secretary of defense who led a fundamental review of U.S.-North Korea policies and served as special envoy to Pyongyang. (The William J. Perry Project) 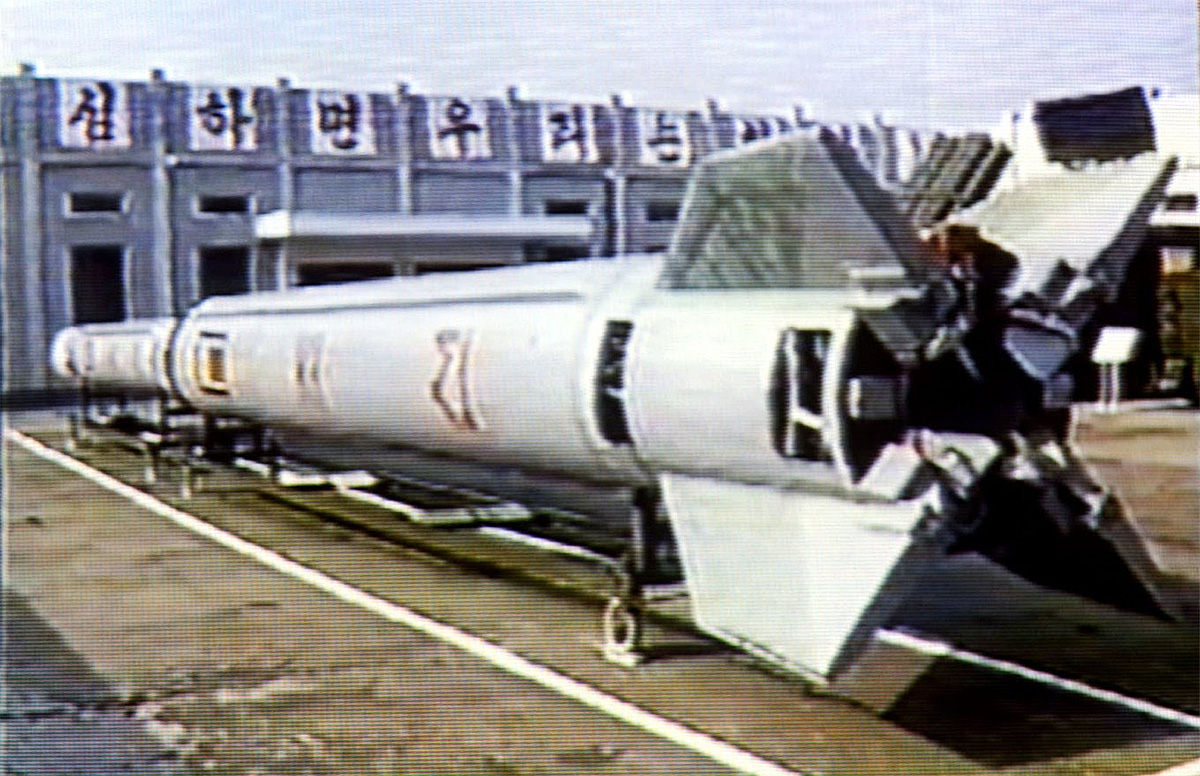 [2] Going Critical, pages 109-112. Chapter 4, “The Twilight Zone, September-December 1993” (pages 78-117) provides detailed discussion of the back-and-forth between the U.S. and South Korea on the proper approach to talks with North Korea.

[4] The U.S. counterproposal would be to agree that if North Korea accepted the IAEA’s inspection requirements, Seoul would announce suspension of the Team Spirit military exercises whenever working-level North-Soght talks agreed to the exchange of special envoys. If North Korea did not respond positively, the U.S. would return to UN Security Council meetings to discuss possible responses, which included sanctions. See Going Critical, pp. 115.

[5] Going Critical, p. 314. See pages 313-323 for detailed discussion of the interview, the U.S. reaction, and subsequent efforts to get Seoul behind the U.S. approach to the Geneva negotiations.

[6] The Trilaterral Coordination and Oversight Group was created by the U.S., South Korea, and Japan in April 1999 to provide a forum for consultation and policy coordination regarding North Korea.