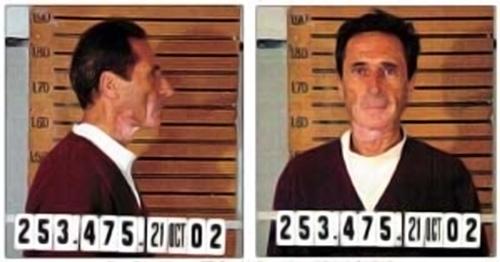 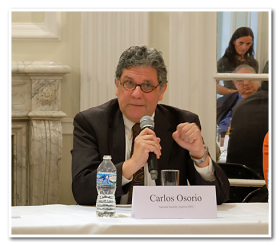 Listen to Archive analyst Carlos Osorio (pictured above at the Argentine embassy in Washington on March 23, 2015) testify at the Rome trial, where he provided dozens of declassified documents as evidence.

Washington D.C., January 17, 2017 –  A tribunal in Rome, Italy, today sentenced two former heads of state and two ex-chiefs of security forces from Bolivia and Peru, and a former Uruguayan foreign minister to life imprisonment for their  involvement in the coordinated, cross-border system of repression known as “Operation Condor.”  The National Security Archive, which provided testimony and dozens of declassified documents as evidence to the tribunal, hailed the ruling.  Today’s posting on the Archive’s web site includes several exhibits from the trial.

One declassified Department of State document that the Archive provided to prosecutors stated that Argentina, Brazil, Bolivia, Chile, Paraguay and Uruguay "have established Operation Condor to find and kill terrorists … in their own countries and in Europe.” “… [T]hey are joining forces to eradicate ‘subversion’, a word which increasingly translates into non-violent dissent from the left and center left.” Their definition of subversion, according to the document, was so broad as to include "nearly anyone who opposes government policy." The document notes that former Foreign Minister Blanco of Uruguay was one of those behind this vision.

In another document introduced in the trial, Peru’s former defense and prime Minister Richter Prada claims that three Argentine fugitives were "legally expelled and delivered to a Bolivian immigration official in accordance with long-standing practice." The document goes on to say that the  fugitives are probably "permanent disappearances."

Surprisingly, the tribunal  acquitted infamous Uruguayan intelligence operatives in Argentina from 1976 Nino Gavazzo, Jose Arab, and Jorge Silveira; along with Jorge Troccoli, a Uruguayan marine intelligence officer operating in Argentina in 1977.  Ten other Uruguayan military were acquitted. Interviewed in Rome, former prosecutor and current director of the Uruguayan National Institution of Human Rights Mirtha Guianze deplored the tribunal acquittals. Relatives of the Uruguayan victims have indicated they will appeal.

In 2001, Cristina Mihura and prosecutor Giancarlo Capaldo visited the National Security Archive seeking assistance in locating and compiling documentary evidence. Capaldo requested the indictment of the defendants in 2006. The trial started in 2013 and the hearings and debate in February 2015.

According to Carlos Osorio, the Archive’s Southern Cone analyst, “the sentences are the result of the unquenchable thirst for justice of dozens of relatives and victims.” Osorio testified before the court on May 19-20, 2016, and supplied the court with 100 declassified records.

During a June 1976 OAS meeting in Santiago, Chile, (which corresponded with the second Condor meeting, also held in Santiago at the same time), Henry Kissinger met privately with Admiral Cesar Guzzetti, foreign minister of Argentina's military regime. This declassified "memcon" reveals that Kissinger not only encouraged the ongoing internal repression in Argentina, but also endorsed the "joint efforts" with other Southern Cone regimes, which Guzzetti described, to address "the terrorist problem." In what appears to be the very first time Kissinger is told of the Condor collaboration, Guzzetti informs him that Argentina wants "to integrate with our neighbors ... All of them: Chile, Paraguay, Bolivia, Uruguay, Brazil," to fight subversion. In response, Kissinger advises him to step up diplomatic efforts to explain the repression and offset international condemnation: "You will have to make an international effort to have your problems understood. Otherwise, you, too, will come under increasing attack. If there are things that have to be done, you should do them quickly. But you must get back quickly to normal procedures." When Guzzetti suggests that "The terrorists work hard to appear as victims in the light of world opinion even though they are the real aggressors," Kissinger agrees. "We want you to succeed," he concludes. "We do not want to harass you. I will do what I can ... "

This 14-page memo was written by Assistant Secretary of State for Latin America Harry Shlaudeman, who had been following the reporting on intelligence coordination in recent months and had several times solicited reports on the subject from regional ambassadors. He combines the information on Condor and other disturbing trends in a report addressed directly to Secretary of State Kissinger. Shlaudeman states that the Southern Cone governments see themselves as engaged in a Third World War against terrorism and that they "have established Operation Condor to find and kill terrorists ... in their own countries and in Europe." " ... [T]hey are joining forces to eradicate 'subversion', a word which increasingly translates into non-violent dissent from the left and center left." Their definition of subversion is so broad as to include "nearly anyone who opposes government policy."

This Defense Intelligence Agency (DIA) Intelligence Information Report (IIR) provides information on Operation Condor. "During the period 24-27 September 1976," according to the document, "members of the Argentine State Secretariat for Information (SIDE), operating with officers of the Uruguayan Military Intelligence Service, carried out operations against the Uruguayan terrorist organization, the OPR-33 in Buenos Aires. As a result of this joint operation, SIDE officials claimed that the entire OPR-33 infrastructure in Argentina has been eliminated ... " The introduction to the IIR states: "Information was provided by US Embassy Legal Attaché who has excellent contacts within the State Secretariat for Information and Federal Police Force." The document has been presented at trials in Argentina and constitutes evidence of the responsibility of government agencies in the disappearance of Uruguayans Jorge Zaffaroni, Maria Emilia Islas de Zaffaroni, and their daughter Mariana on September 27, 1976.

In a cable from Lima, U.S. Ambassador Harry Shlaudeman reports on his conversation with Prime Minister Richter Prada about the missing Montoneros. Richter claims that the three Argentines were "legally expelled and delivered to a Bolivian immigration official in accordance with long-standing practice." Shlaudeman concludes that two other Montoneros who Richter says are fugitives are probably "permanent disappearances."

This rare document reveals the fate of a disappeared person. It was introduced in the Condor trial as a key piece of evidence in the Case of Horacio Campiglia and Susana Binstock. In this memorandum to Ambassador Castro, James J. Blystone, regional security officer (RSO) at the U.S. Embassy in Buenos Aires, details his April 2 meeting with an Argentine intelligence source. The anonymous Argentine source describes to the Embassy officer how Campiglia and Binstock, who were part of a special Montonero unit called the TEI (Special Infantry Troops) embarked on an offensive at the time, were captured by Argentine officers of Battalion 601 (in coordination with Brazilian intelligence), taken to Argentina, and held at the Campo de Mayo Army base. Campiglia and Binstock were never seen again. 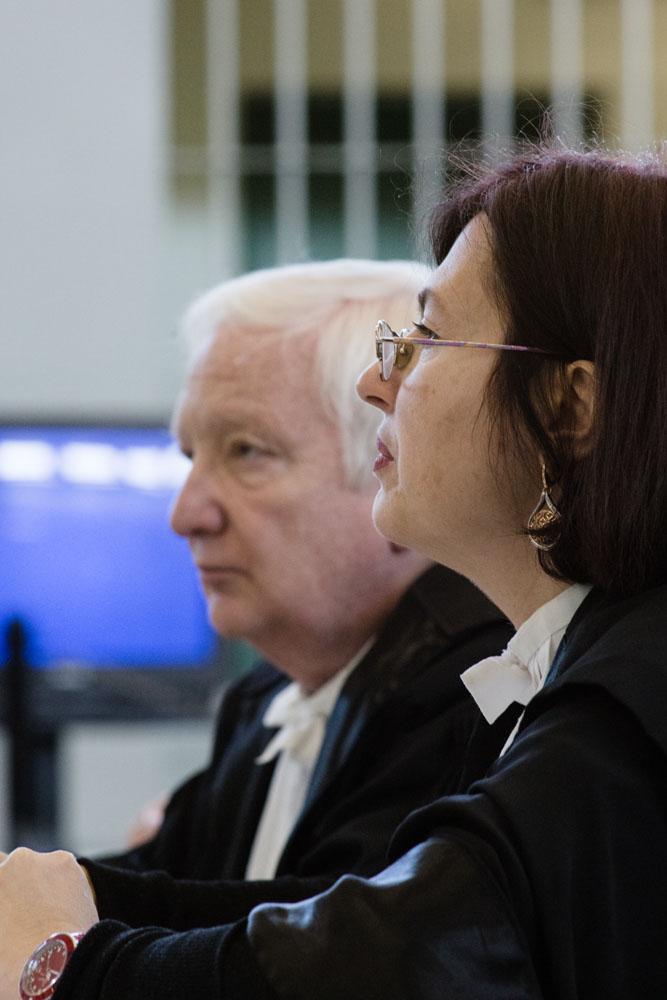 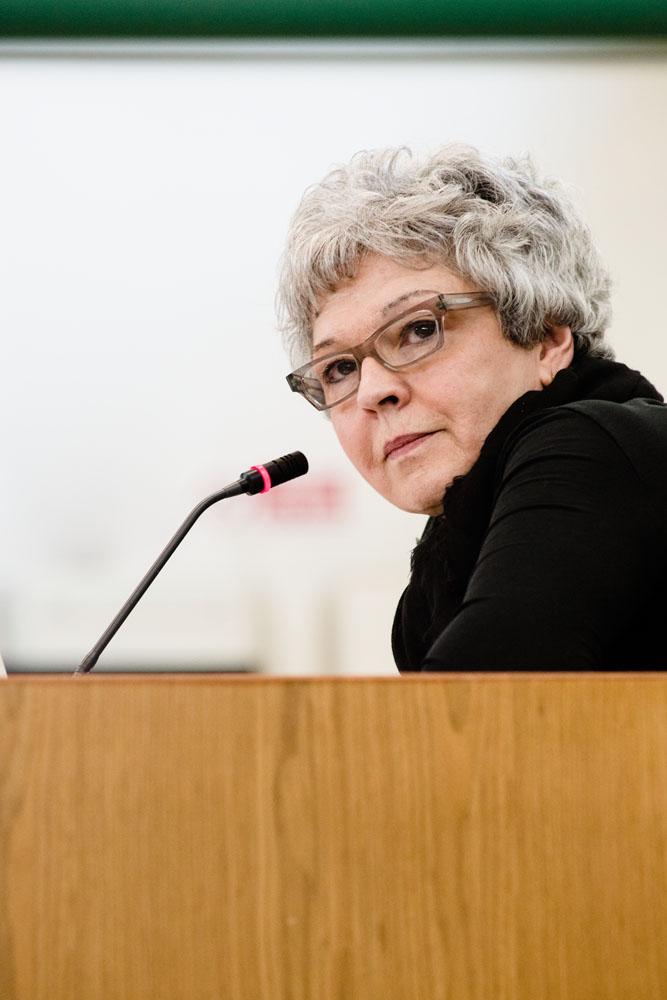 Witness Cristina Mihura, wife of Bernardo Arnone who disappeared in Buenos Aires in 1976