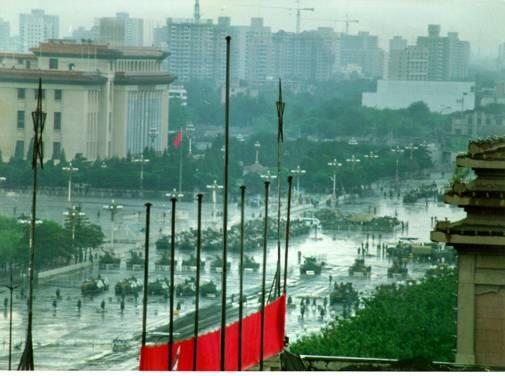 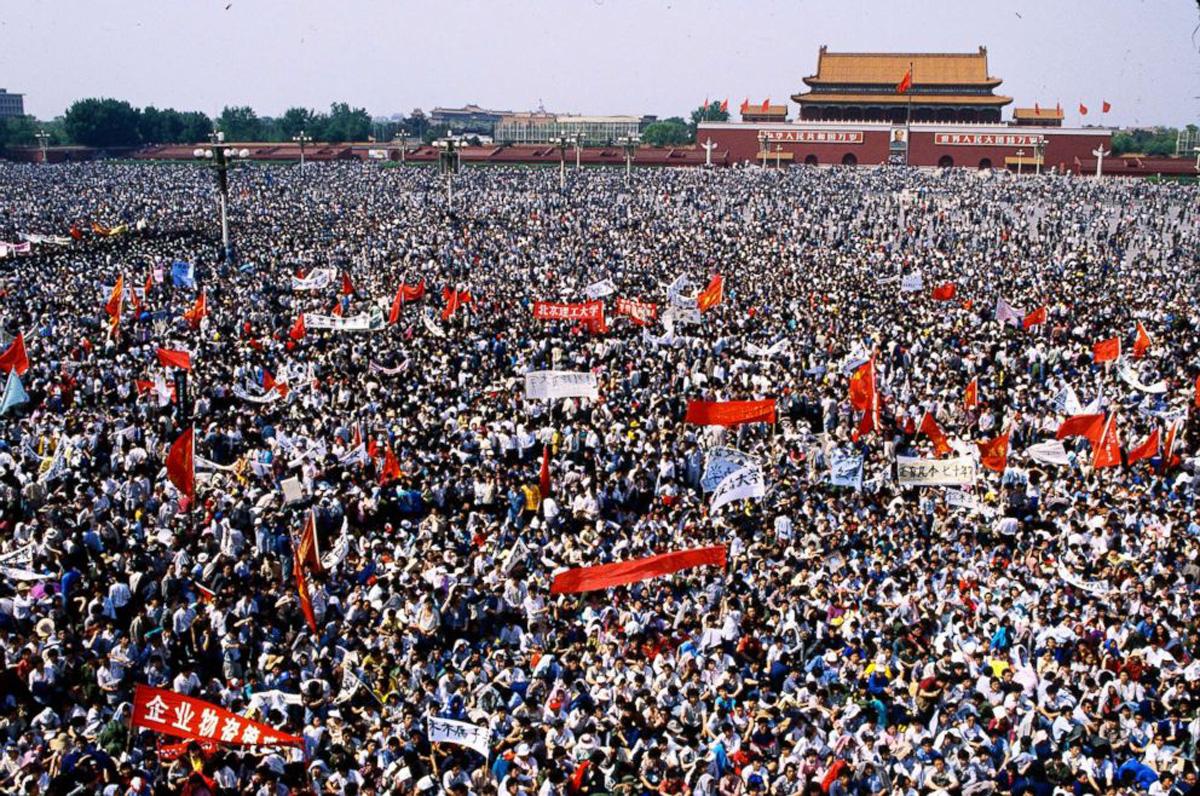 A sea of student protesters gathers in Tiananmen Square, Beijing, on May 4, 1989. (ABC News) 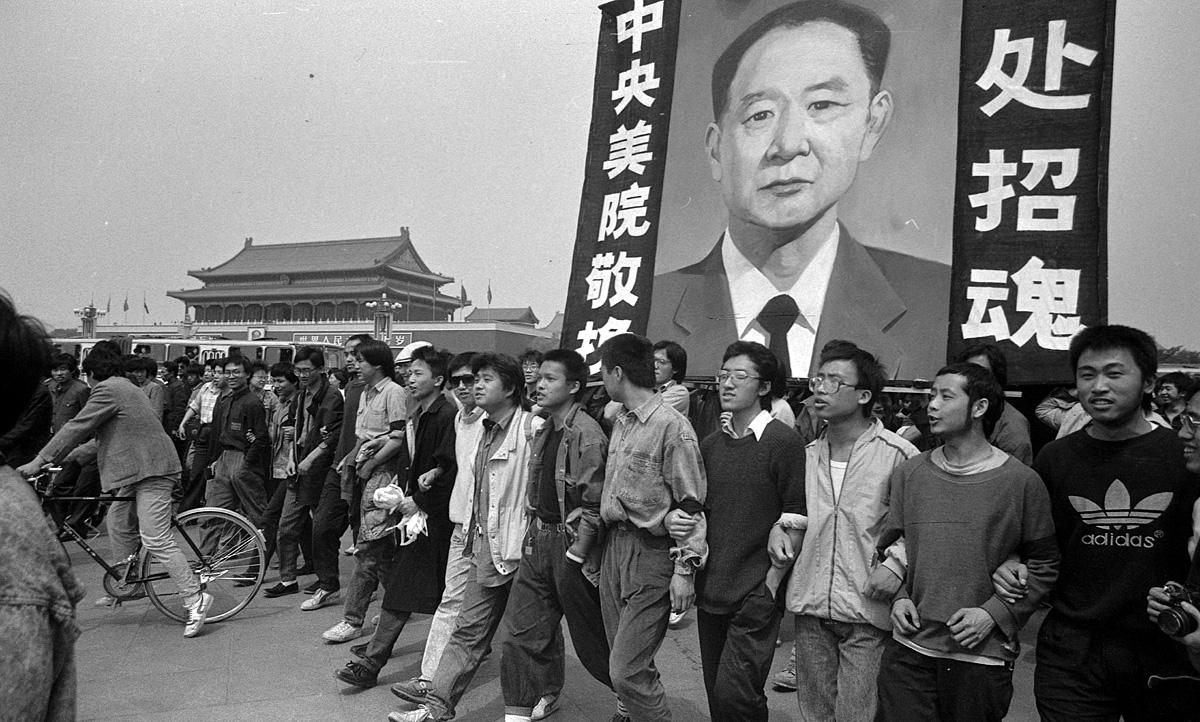 In April 1989, students at top universities in Beijing commemorated the death of the Communist Party chief and political reformer Hu Yaobang at Tiananmen Square, marking the beginning of the pro-democracy protests. (The New York Times) 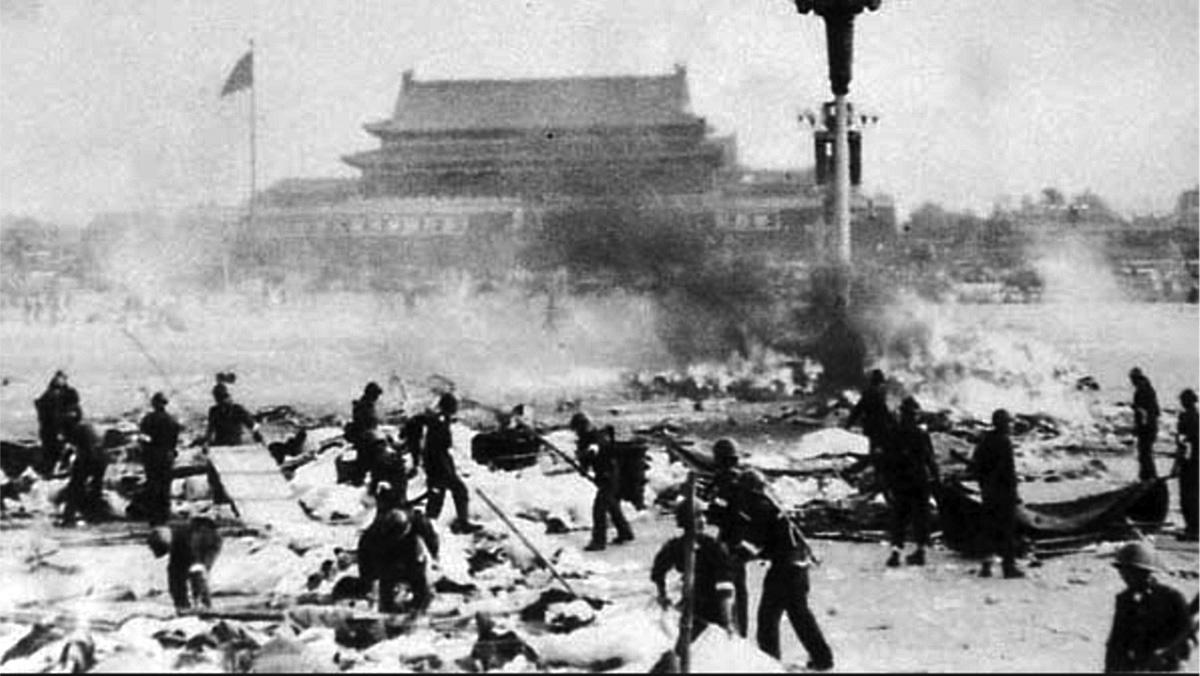 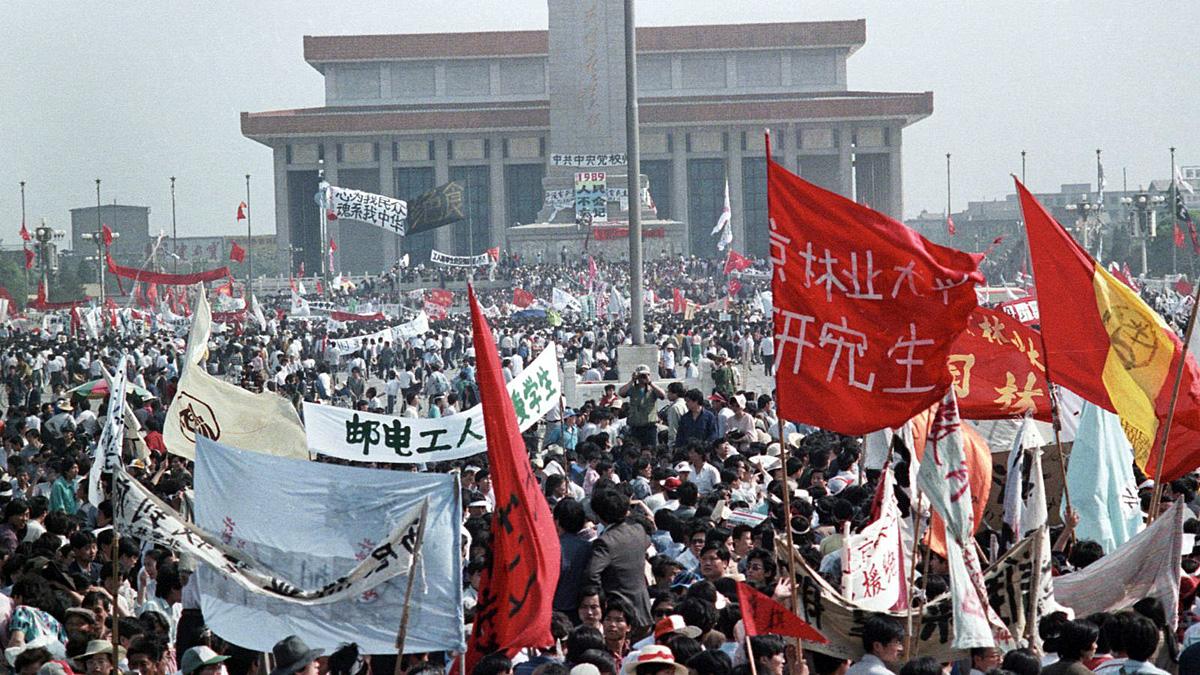 Today the National Security Archive publishes a special exhibit on the 30th anniversary of the massacre at Beijing’s Tiananmen Square, 4 June 1989.  To mark an event that decisively shaped contemporary China, the National Security Archive is republishing three documentary E-books that appeared on previous anniversaries, in 1999, 2001, and 2014.  The declassified documents demonstrate that U.S. embassy officials realized very quickly that the Chinese military had carried out a massacre ordered by top officials who feared the public expression of dissent could threaten Communist Party rule.

During the years after the massacre, National Security Archive fellow Jeffrey Richelson and analyst Michael Evans filed declassification requests to find out how U.S. government officials monitored the events and what they learned from intelligence sources, including eye witnesses. The requests, some of which took years for the agencies to process, yielded high-quality documents that shed light on the events, including the background, the armed attacks on the protestors, and the internal debates among top Chinese officials.  They also document the mixed U.S. response to the massacre, on the one hand, sheltering a protestor, and on the other, trying to keep open lines of communication with Chinese authorities and to maintain flows of U.S. investment.

As part of an ongoing brutal crackdown of internal dissent, Chinese authorities have carried out a harsh policy of history suppression, forbidding on-line or other discussions of the events at Tiananmen Square. In light of that it is worth recalling what U.S.  government officials learned at the time and how they assessed Beijing’s response to internal dissent.

The United States and the Chinese Nuclear Program, 1960-1964

China and the United States: From Hostility to Engagement

The United States, China, and the Bomb

"China and the United States: From Hostility to Engagement, 1960-1998," A DNSA Document Collection

"US Intelligence and China: Collection, Analysis and Covert Action," A DNSA Document Collection