Cyber Brief: Interplay between the land, space, and cyberspace domains 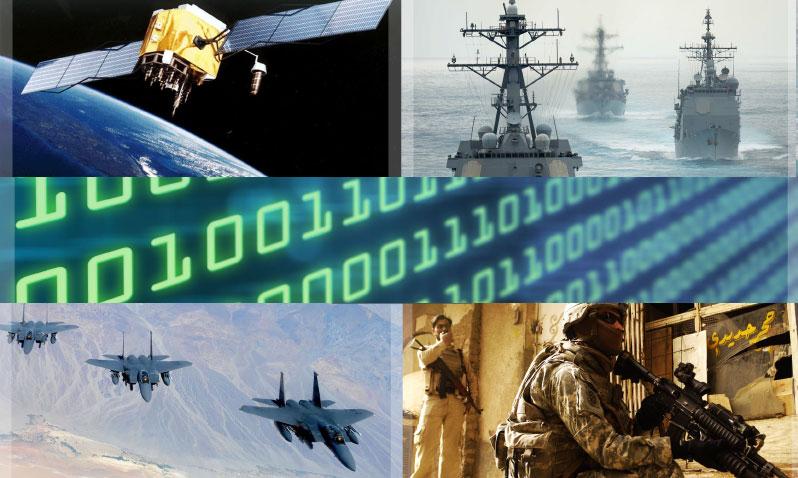 Omnipresent in discussions of military use of cyber is how cyberspace fits in with the other warfighting “domains” of land, air, sea, and space. This question is vital to several issues facing future security and force planners including military command and control doctrine and the possibility of deterring aggression in one domain with the promise of punitive measures in another (cross-domain deterrence).

Today’s posting features a recent paper (Document 03) by Army Lt. Col. John L. Rafferty, Jr., published by the U.S. Army War College Strategic Studies Institute, on the interplay between the land, space, and cyberspace domains, and includes selections from the significant volume of US Government publications the paper references. The Army War College report, and the literature it draws on, provide a deep profile of cyber’s importance to the future “joint force”.

This document provides doctrine for command and control of maritime operations.

This document provides the vision for a 2020 Joint Force achieving global integration and lists implications for force development.

This report warns of a potential for land-cyber integration to encourage micro-management on the battlefield.

This document provides doctrine for the planning of joint space operations.

This white paper provides predictions for the nature of Army operations in cyberspace from 2018-2030 and identifies the capabilities and missions required to accomplish the Army’s mission.

This document provides doctrine for command and control of air operations.

This document provides doctrine for command and control of land operations.

This document provides approaches for integrating capabilities from each domain to achieve “cross-domain synergy” across the US Military.

This document provides the predictions which guide force development and doctrine for the US Military.

This monograph explores the impact of space and cyberspace operations on land operations and makes recommendations for the integration of new domains into the concept of multi-domain battle.

This pamphlet explores how "the Army's future force in 2016-2028 will leverage cyberspace and CyberOps" and how CyberOps (which is specified to consist of four components - cyberwarfare, cyber network operations, cyber support, and cyber situational awareness) will be integrated into full spectrum operations.

This Army field manual consists of seven chapters, including chapters on the fundamentals of cyber electromagnetic activities; roles, responsibilities and organization; and cyberspace operations.

This guide discusses the design, planning, and execution of cyberspace operations as well as operations in the homeland. It also contains a case study of Russian cyber operations against Georgia in 2008.

Discussions of cyber issues are distributed throughout this report, with regard to the near-future as well as to the longer term. Its includes the presentation of fictional cases involving cyber components.