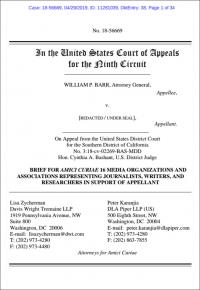 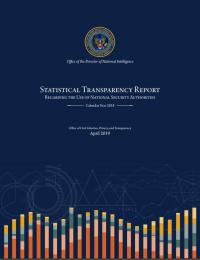 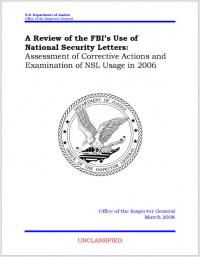 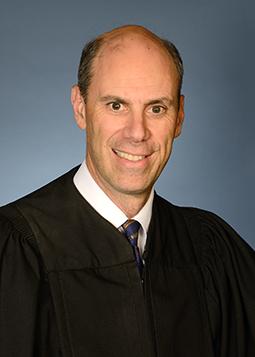 Washington, D.C., May 3, 2019 - The National Security Archive, along with 15 other media organizations, filed a “friend of the court” brief on April 29 in the lawsuit Barr v. Redacted challenging the FBI’s authority to issue national security letters (NSLs) without any judicial oversight and under indefinite gag orders. The letters demand business records from a wide array of organizations for national security investigations, and their accompanying gag orders prohibit the recipient from speaking with anyone about the NSL, often permanently.

The amicus brief argues courts have put time limits on secrecy before, both by ordering the government to justify the continued necessity of a nondisclosure provision on an ongoing basis (In re Nat’l Sec. Letters, No. 16-518), and requiring a triennial judicial review for a nondisclosure provision (Sessions v. Twitter, Inc. and In re Nat’l Sec. Letters, No. 16-518), making Barr v. Redacted’s unlimited time frame an outlier. The brief also underscores that both the media and recipients of the NSLs have mutually reinforcing First Amendment interests in contributing to public debate about government surveillance, and that the media’s role in this area is unique because NSLs often evade both public scrutiny and review by the courts.

The amicus curiae brief was filed with the United States Court of Appeals for the Second Circuit, which is reviewing a lower court decision that held that the FBI’s Termination Procedures are a “potential backstop to protect First Amendment interests.” The Archive was represented pro bono by Lisa Zycherman of Davis Wright Tremaine and Peter Karanjia of DLA Piper, the same team that represented the Archive in the Gina Haspel torture cable case, National Security Archive v. CIA, which forced the release of the Haspel torture cables and provided a chronology of black site waterboarding supervised by the future CIA director.

In August 2016 D.C. District Court Judge James E. Boasberg became the first judge to publicly assess the new gag-order rules mandated by the USA Freedom Act of 2015. He criticized the NSLs, specifically faulting “several large loopholes” in the new rules that would, under various circumstances, allow the NSLs to remain open indefinitely. Boasberg also faulted the lack of review for “large swaths” of issued NSLs.

In 2014, an intelligence panel set up by President Obama proposed requiring judicial approval for issuing NSLs, and cited a 2008 Justice Department Inspector General report as proof that the 192,499 NSLs the FBI sent between 2003 and 2006 were extensively misused. The expert intelligence panel noted, “We are unable to identify a principled reason why NSLs should be issued by FBI officials when section 215 orders and orders for pen register and trap-and-trace surveillance must be issued by the [Foreign Intelligence Surveillance Court],” going on to suggest that a transition should take place “as soon as reasonably possible.” Then FBI director James Comey spoke out against the suggestion.

There have been several victories against NSLs over the years in addition to Sessions v. Twitter, Inc and In re Nat’l Sec. Letters, No. 16-518. The 2004 case Doe v. Ashcroft challenged the constitutionality of the letters, specifically their non-disclosure provisions, and the resulting ruling issued by Judge Victor Marrero found the NSLs violate the Fourth Amendment. This led to revisions of the USA Patriot Act, allowing for greater judicial review and clarifications to the non-disclosure clauses.

In 2015 Nicholas Merrill, who ran the small Internet company Calyx, became the first person allowed to fully disclose the contents of an NSL he received from the FBI in 2004. Thanks to a multi-year court battle Merrill’s gag order was lifted, and revealed that in 2004 the FBI demanded Merrill “turn over all physical mail addresses, email addresses and Internet Protocol addresses associated with one customer’s account, as well as telephone and billing records and anything else considered to be an ‘electronic communications transactional record.’” The NSL also demanded cell-tower location data and any “screen names” or online nicknames associated with the customer in question.

The Office of the Director of National Intelligence’s most recent statistical transparency report on the use of FISA orders and national security letters during calendar year 2018 shows that there were 10,235 requests filed for 38,872 subscribers' information last year.

For more information on these letters, visit the Archive’s Cyber Vault, which contains all six of the Office of the Director of National Intelligence's Statistical Transparency Reports.

What It’s Like to Get a National-Security Letter
The New Yorker
June 27, 2013