The Clinton White House and Climate Change: Model for Biden?

The Shift to Renewable Energy Can Give More Power to the People
The New Yorker
Mar 4, 2021

Washington D.C., February 25, 2021 – As President Joe Biden elevates climate change to a Cabinet-level national security issue, the challenges his administration faces can be illuminated by a close look at another administration that took climate change seriously – Bill Clinton’s. Today, the National Security Archive is posting a selection of documents focusing on how the Clinton White House organized itself to build on the 1997 Kyoto Protocol and secure Senate ratification of the agreement.

Clinton’s White House Climate Change Task Force confronted an array of interlinked obstacles very similar to what confronts the administration today – from securing developing country engagement to meeting congressional and business concerns about economic impact to countering diplomatic opposition from China, India and the European Union. In the end, the Clinton administration had to face the stark reality that success on these fronts could only happen after the president left office, if at all.

Interestingly, a number of veterans of 1990s climate battles under Clinton have resurfaced as part of Biden’s team, including Ron Klain (formerly Al Gore’s chief of staff) and Janet Yellen (previously chair of the Council of Economic Advisers).  Several Obama-era officials are also returning, most notably John Kerry, the former secretary of state who is serving as international climate envoy.

As a candidate for president, Joe Biden repeatedly stressed that his administration would move quickly to give environmental issues a high priority among his policy objectives, seeking to redress the record of his predecessor. On day one of his administration, January 20, 2021, he signed the official acceptance returning the U.S. to the 2015 Paris climate accord, which former President Trump had rejected. A week later, he issued an Executive Order that establishes climate change as an essential element of U.S. foreign policy and national security. One example of this new approach can be seen in his naming former Secretary of State John Kerry as his special presidential envoy for climate change, with a seat on the National Security Council, and Obama’s former EPA director Gina McCarthy as his “climate czar” to oversee the domestic climate agenda.[1]

After four years of neglect and attack, it is useful to see how an administration that takes climate change seriously goes about tackling this global challenge. An interesting model can be found in the Clinton administration, which has numerous ties to the new Biden administration. Two of Biden’s picks for leading roles in his White House played important roles in that administration, including in its climate change policies: Ron Klain, his chief of staff, held this position for Vice President Al Gore, Jr., who played a key role in the Clinton climate change efforts, while Janet Yellen, the new Treasury secretary, was chair of the Council of Economic Advisors and testified before Congress on the economic and financial implications of the 1997 Kyoto Protocol. A clear precedent for Kerry’s position can be seen in the role that Todd Stern played in coordinating Clinton’s global climate change initiative in1997-1999, a job taken over by Roger Ballentine when Stern left to become counselor to the Treasury secretary.

The Clinton administration’s record in global climate change diplomacy is mixed. Its leadership was key to the successful negotiations for the Kyoto Protocol, which established targets for reducing greenhouse gas (GHG) emissions and the framework for tools to achieve these, such as emissions trading and programs for cooperative projects to reduce emissions.[2] It could not, however, overcome domestic political opposition to the Protocol, rooted in the potential adverse economic consequences of committing to GHG emissions cuts without corresponding binding emission targets for developing nations. This issue was at the crux of complex negotiations, diplomatic and domestic, in the final three years of the administration. They would prove to be perennial obstacles to reaching a new climate change treaty until the Paris Accords in December 2015, and still cannot be seen as fully resolved.

The documents below provide a useful window into how the Clinton administration went about developing a strategy, organization, and process for pursuing solutions to these problems in 1998-2000. They are primarily drawn from an invaluable collection of documents declassified by the Clinton Presidential Library. These documents shed light on the administration’s approach to tackling the linked domestic and diplomatic challenges to implementing its policies, in this case related to building on the Kyoto Protocol of 1997.

As noted above and as Document 1 details, getting to the basis laid at Kyoto required difficult diplomacy. While the U.S. believed the agreement would produce substantial reductions in GHG emissions in developed countries and through emissions trading to “harness the forces of the global marketplace to protect the environment,” it had been unable to overcome the significant opposition to including binding explicit targets for reducing developing country emissions, a key goal of the U.S. The success the U.S. had in securing commitments from the developed countries to pursue mechanisms for developing country participation had required “fracturing the G-77 and China group” on regional and common interest lines, countering vigorous opposition by China, India, and OPEC members against emissions trading and dealing with an EU divided by factions on these issues.

Yet, success on emissions trading and “meaningful” developing nation participation was crucial to securing U.S. ratification of the Protocol.  As Document 1 concluded, “The former is essential to make our commitments affordable, the latter to have any chance of winning Senate confirmation.” As a January 1998 memorandum to Vice President Gore (Document 2) stresses, the administration’s domestic campaign must prevent a “fatal PR blitz” from undermining public and Senate support, which could kill the treaty “in the cradle.”

By the end of 1998, it was clear that the key open issues in the Protocol would not be resolved until at least late 2000, and securing Senate ratification could easily take until 2002. In light of this undeniable reality, the administration needed to focus its attention during the last two years of the Clinton presidency on laying the groundwork for this eventual ratification by working on near-term deliverables in areas such as making progress on free-market provisions and tools to help nations meet their GHG emission cuts, including emissions trading and carbon sinks, while working domestically to spur R&D into energy efficiency and renewable energy. (Documents 5, 6, 10, 12 and 13) The complex interplay of domestic and diplomatic factors involved in even addressing such short-term goals can be seen in the records of diplomatic strategy sessions on emissions trading, Clean Development Mechanisms, and developing country participation. (Documents 8 and 9)

While the documents are valuable for the substantive insights they provide into the key political and technical issues surrounding implementation of the Kyoto Protocol, they also demonstrate the process key figures in the administration developed and pursued in order to establish a rigorous approach to building an organization and staff that could identify, discuss, and carry out policy goals designed to build on the Protocol and establish political support for it at home and abroad. As the documents show, key figures in developing, overseeing and driving this organization included:

Todd Stern played a key role in developing this organization and staffing to drive Clinton’s climate change initiatives, drafting memoranda to lay out his vision for this effort (see Documents 4, 5 and 6). Stern fought to establish himself as “overall CEO,” coordinating the initiative with a core group made up of officials from the White House offices with equities in the process, a group which included the Council on Environmental Quality, the National Economic Council, the National Security Council, the Office of the Vice President, and the Office of Science and Technology Policy, in addition to the obvious – the Oval Office, State Department, Treasury, and Commerce. Stern had to counter efforts to limit the scope of his brief, as he felt McGinty of the CEQ wanted to do early in the post-Kyoto period.

This core group would coordinate five principal areas of activity: diplomatic, domestic policy/implementation, outreach, communications, and congressional. Stern would be the point person for all these areas, making sure the administration was “moving forward appropriately on all fronts,” though on some issues other officials would take the lead as needed. Stern argued the need for a high-level White House coordinator because “climate change is still an unusually cross-cutting issue with large domestic and international components, and a lot of agency players . . . [and] there is some advantage in having an ‘honest broker’ in charge who isn’t on either the economic or the environmental side of the issue.” (Documents 3, 4, 5, 6 and 7)

The organization and staff laid out in these documents had front-line responsibility for parsing the complex calculus involved in assessing how to pursue specific policy options or goals that often had countervailing impacts on other governments, the Hill, business, industry, and agriculture, and the NGO environmental community. Challenging as these activities were, they were but one aspect of trying to navigate the cross-currents. Another key component was engaging the president and vice president at strategic points to help advance these goals, and keeping Clinton up to speed on the state of play across all the domestic and diplomatic fronts. A forthcoming National Security Archive posting will highlight documents that illustrate this critical part of the Clinton administration’s climate change campaign. 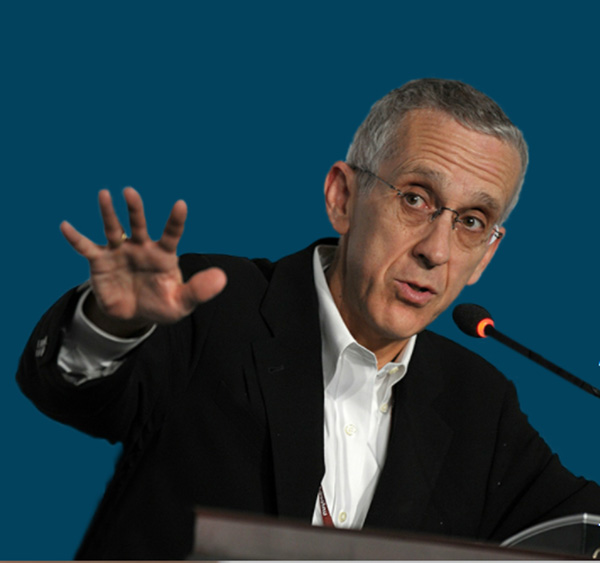 Todd Stern served as assistant to the president under Bill Clinton and senior White House negotiator at the Kyoto Protocol negotiations. (Accessed at RMI.org) 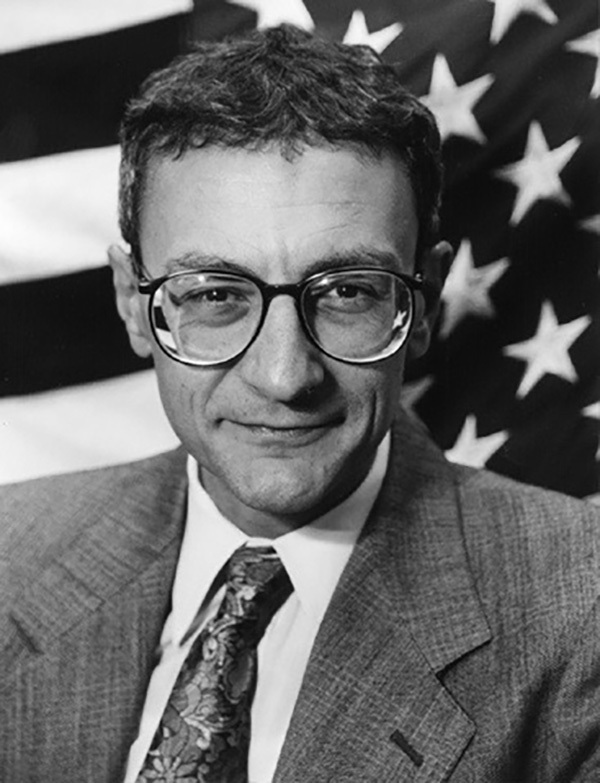 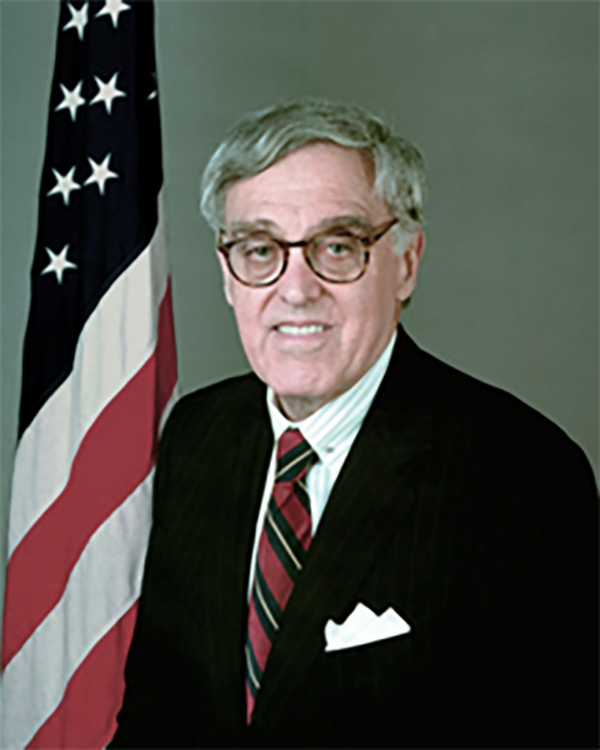 Frank Loy, who was under secretary for global affairs from1998-2001 and led the U.S delegation to U.N. climate change conferences. (Department of State photo) 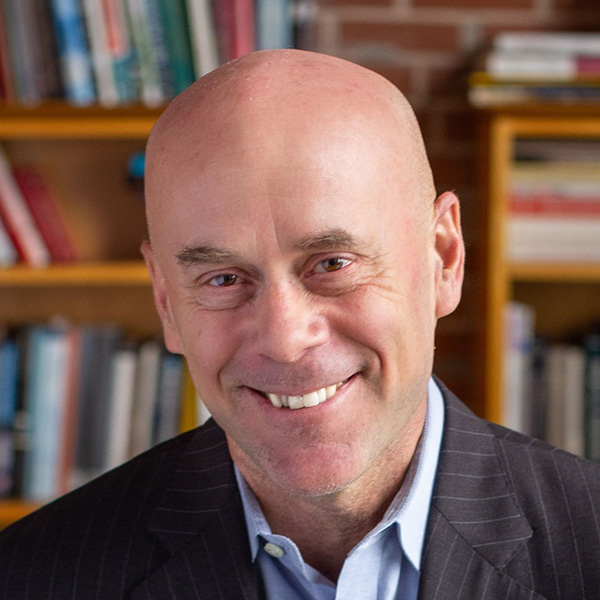 Roger Ballentine served as chair of the White House Task Force in 1999-2000, taking over when Todd Stern moved to the Treasury Department. (Accessed at www.greenstrategies.com) 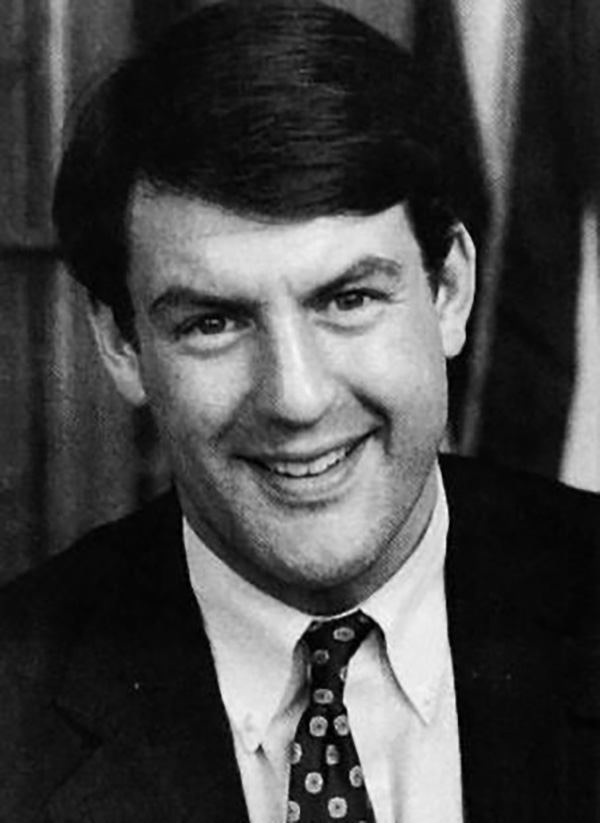 David Gardiner served as assistant administrator for policy at the EPA before moving over to become executive director of the White House Task Force during Clinton’s second term. (EPA photo)