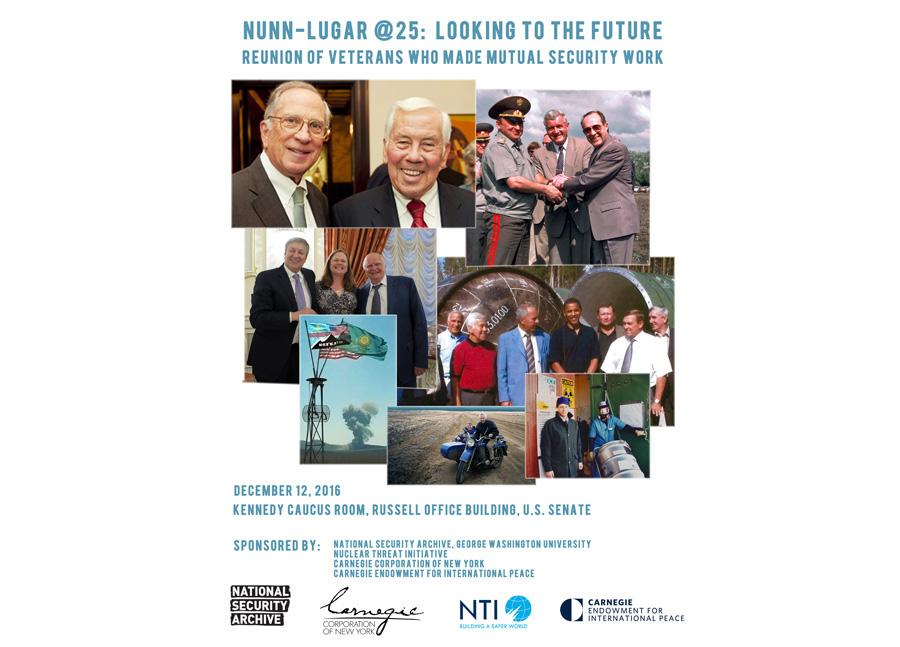 3429 Soviet Nuclear Warheads Outside Russia at End of USSR in 1991. None Blew Up 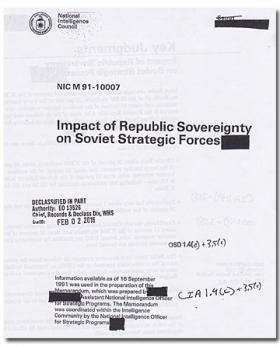 First-ever declassified listing of strategic warheads outside Russia in 1991 = 3,429 (together with their actual locations) 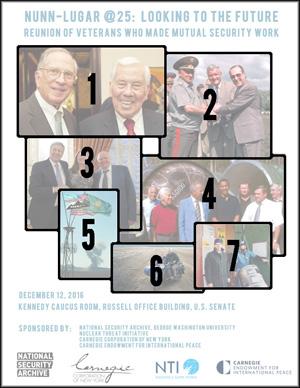 6. Sig Hecker and Jim Toevs on a scavenger’s motorcycle that had run out of gas at the Semipalatinsk test site, 1998.

7. Andy Weber at the Ulba plant, Ust-Kamenogorsk, Kazakhstan, 1994, with one of the drums used to transport and secure more than a half-ton of highly enriched uranium left over from an abandoned Soviet submarine project.

Washington D.C., December 12, 2016 – Newly declassified documents show that the risk of nuclear proliferation at the end of the Soviet Union in 1991 was even greater than publicly known at the time, with 3,429 Soviet strategic warheads scattered outside of Russia in various former Soviet republics, according to today’s posting by the National Security Archive at George Washington University.

The publication marks the 25th anniversary of the day President George H.W. Bush signed the historic Nunn-Lugar legislation into law, beginning a flow of U.S. funding that helped secure the post-Soviet nuclear weapons as well as reduce chemical and biological dangers, with the hands-on cooperation of Russian, Kazakh and American military personnel and scientists.

Senators Sam Nunn and Richard Lugar today join a 25th reunion of dozens of Nunn-Lugar veterans including Russians, Kazakhs, and Americans, at a series of panel discussions on the future of mutual security and U.S.-Russian relations, in the historic Kennedy Caucus Room of the U.S. Senate.

The discussion will address today’s headlines about U.S. relations with Russia, and elevate an underappreciated narrative based on 25 years of cooperation ridding the world of nuclear, chemical, and biological weapons, that offers lessons and a potential model for mutual international security.

The newly declassified documents published today include the CIA’s specific listing of every Soviet strategic warhead outside of Russia including its location, and internal Russian documents showing that the conditions in Russian nuclear centers were even more “catastrophic” and dangerous than U.S. analysts knew (according to internal Minatom and Duma assessments in 1993 and as late as 1995).

The documents also offer new perspectives on Ukraine and the debate in that country in the early 1990s over keeping nuclear weapons. One internal Russian technical assessment in 1994 alerted Russian decision-makers that Ukraine could not have kept its nuclear weapons safely even if nationalists had insisted, because of radioactive decay.

Today’s publication begins with the risk assessment in December 1991 by then-Secretary of Defense Dick Cheney, who predicted that 250 or more nuclear warheads from the Soviet arsenal would leak into the hands of others. None actually did, much to the credit of the Nunn-Lugar initiative.

"If the Soviets do an excellent job at retaining control over their stockpile of nuclear weapons – let's assume they've got 25,000 to 30,000; that's a ballpark figure – and they are 99 percent successful, that would mean you could still have as many as 250 that they were not able to control."

HIGHLIGHTS OF TODAY'S PUBLICATION INCLUDE:

First-ever declassified listing of strategic warheads outside Russia in 1991 = 3,429 (together with their actual locations)
Source

CIA analysis of the impact of republic sovereignty on Soviet Strategic forces included specific listing of every Soviet strategic warhead outside of Russia including its location. Analysis regards measures of control and protection as generally adequate absent major crises such as a country-wide civil war.

The Russian way of dealing with the problem:
Source

"Yeltsin said that Russia was considering whether during routine maintanence [sic] of missiles in the other three republics, a minor component could be switched which would have the practical effect of disabling the systems."

Inside Russian reform by decree and deals with Ukraine:
Source

President Yeltsin "is trying to structure the Congress to prevent its becoming a lynch mob against the government, but expects he will have to sacrifice some cabinet ministers. Yeltsin was deeply skeptical of the Ukrainians' willingness to honor their Lisbon obligations, but said Russia would be willing to join the U.S. in a statement of guarantees to the Ukrainians."

Nunn-Lugar helped tamp down the Ukraine crisis but its contours were already visible in the early 1990s:
Source

"When you add all this together, you can see how a number of understandable and innocent events can lead to an unstable situation - Ukraine holds out for assurances and compensation before surrendering their last [nuclear] weapons and ratifying START and NPT, Russians hold up until the Ukrainians do ratify the treaties, the Russians make statements designed to support ethnic Russians in Crimea and elsewhere, Ukrainians react to these statements with alarm and start believing their own public positions...."

Ukraine could not have kept the nuclear warheads even if it wanted to:
Source

"[T]he general permitted lifespan of our nuclear warheads is 12 years. When they remain in operation beyond the identified term of service, they become especially dangerous for the environment [because of radioactive decay].... The nuclear warheads still remaining in Ukraine were manufactured no less than 5-8 years ago, and some of those are now very close to the critical line in terms of their length of service.... It would be advisable to stop asking Ukraine to transfer the nuclear warheads to Russia: after some time Ukraine itself will be asking us to do this, and it will have to pay for the transfer."

Russian nuclear weapons centers were in deep crisis in 1993.
Source

"[S]alaries for July have not been paid" at Arzamas-16 and Chelyabinsk-70. Head of Rosatom informs President Yeltsin about a dangerous situation at nuclear power centers where salaries were not paid and morale was very low.

S. Sulakshin, chairman of the Duma subcommittee on the military-industrial complex, to the Secretary of the Security Council of the Russian Federation O.I. Lobov, June 20, 1995

"Nuclear specialists are driven to desperation.... The reliability and safety of the Russian nuclear arsenal is in danger. The reason for this is the catastrophic decline in real incomes and standard of living of the absolute majority of designers of nuclear weapons, specialists of the highest order and workers, staff of the nuclear center [Arzamas-16]."

A little money goes a long way - the Nunn-Lugar funding ($400 million in the first year) produced more U.S. security per dollar spent than any weapons system ever built, according to former Secretary of Defense William Perry. One $5,000 expenditure provided lunch ($15 per person), dinner ($30 per person), and mementos for the dismantlement of an SS-19 missile and elimination of its silo at the Khmelnitsky'iy ICBM division in Ukraine on October 23, 1996.

Evgeny Primakov to President Yeltsin, "About Considerations of the Foreign Intelligence Service of the Russian Federation on the Issue of the Elimination of Nuclear Weapons," March 16, 1992

The director of the Russian foreign intelligence service (successor to the KGB) wrote President Yeltsin that the Americans intended to carry out a full inventory of Russian nuclear weapons with the goal of putting them under U.S. control, and suggests reaching out to European actors as an alternative. At the same time, Primakov suggests that "mutually beneficial" agreements are also possible with the Americans, especially on mitigating potential environment damage from destroying nuclear weapons.

The U.S. Embassy reported "holes in the fence" concerns about Russian nuclear facilities in 1994, since nuclear security in the Soviet system had relied on society-wide secret police restrictions and "isolation of nuclear materials and specialists," without the facility-specific protection measures used at U.S. nuclear sites.

PHOTOS FROM THE EVENT 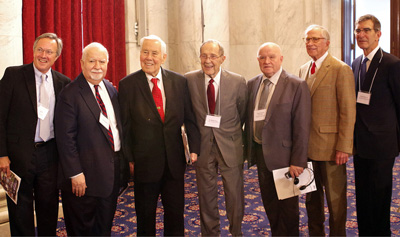 Nunn-Lugar Revisited
U.S.-Russian cooperation on threat reduction from the Soviet Union in 1991 to Syria in 2013
National Security Archive Electronic Briefing Book No. 447