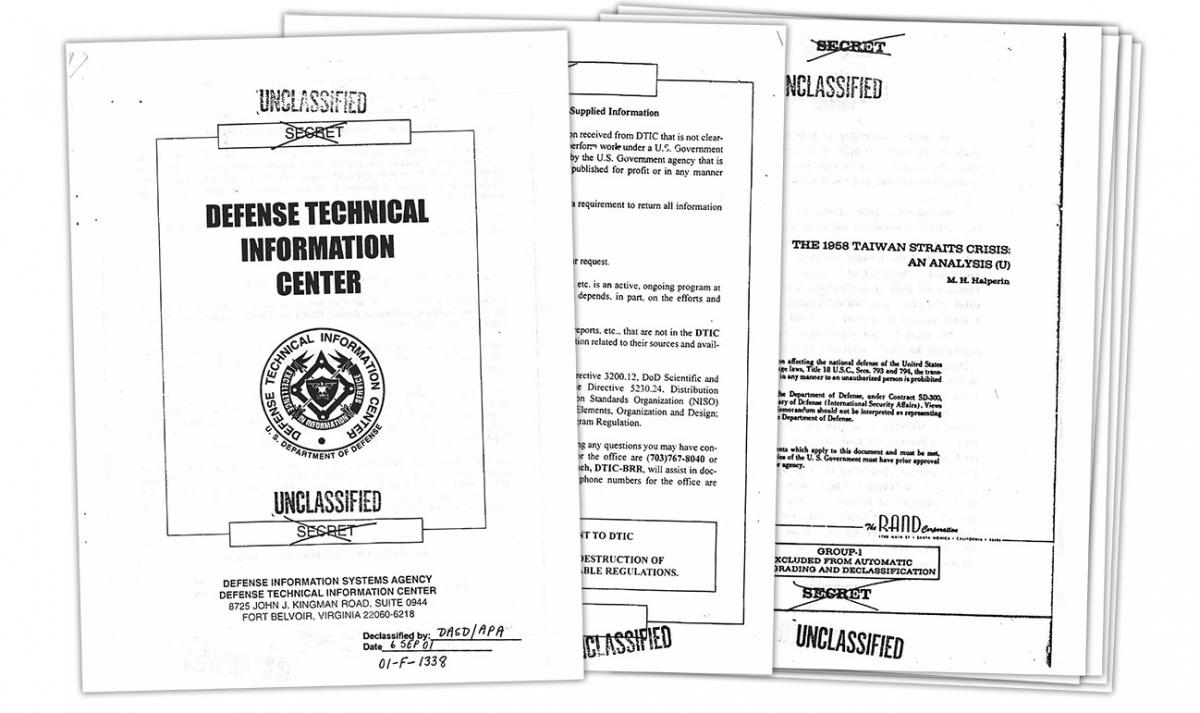 Morton Halperin has had a long career in and out of government since the 1960s, when he was a Deputy Assistant Secretary of Defense for International Security Affairs, 1966-1969, and a member of the National Security Council Staff during 1969, the first year of the Nixon administration. During that year, Henry Kissinger and Alexander Haig had him wiretapped on suspicion of leaking and he resigned when Kissinger made it untenable for him to remain at the NSC. Once the wiretaps were disclosed he sued but dropped the suit in 1992 after Kissinger apologized. After working at the Brookings Institution, he became Director of the National ACLU’s Washington, D.C. office, 1975-1992. In that capacity, Halperin was an original sponsor of the National Security Archive and served on the Archive's board through 1992. During the Clinton administration, he worked in a variety of roles at the NSC, the Defense Department, and the State Department, where he was Director of the Policy Planning Staff. Since 2002 he has played major roles at the Open Society Foundations, currently as a Senior Adviser to the Foundations. He also serves as Chair Emeritus of the Board of J Street. 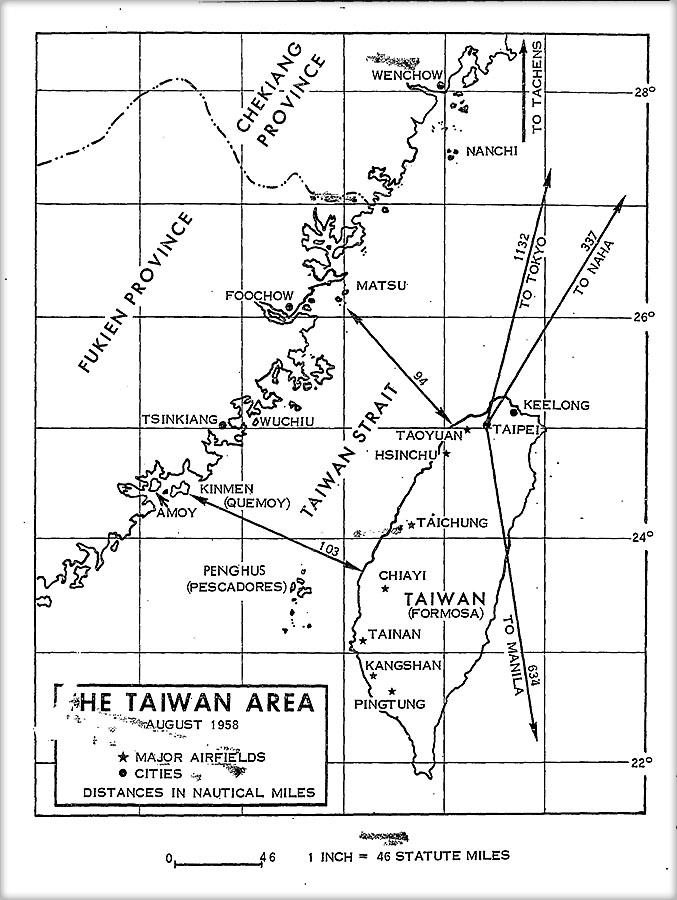 Washington D.C., May 28, 2021 – “The United States came fairly close to using tactical nuclear weapons” during the Taiwan Strait Crisis of 1958, according to a secret 1966 RAND summary report posted today for the first time by the National Security Archive.  Washington contemplated this extreme response to anticipated Chinese aggression “despite opposition to its policy by most of its allies and many in the United States,” the report notes.

Furthermore, even though President Dwight Eisenhower had insisted to his commanders that conventional armaments should be used first, the study found that the president’s written and spoken comments to other officials “left little doubt ... that he was prepared to use nuclear weapons.”

“That posture in my view was extraordinarily dangerous” the summary’s author, former defense analyst Morton H. Halperin, told the Archive in a Q&A also featured in today’s posting.

Today’s update adds an important chapter to the story of U.S. reactions to military and political crises during the early Cold War and adds a timely warning about the risks of a conflict over Taiwan going nuclear.  Halperin wrote the 63-page Secret summary at the same time he prepared a larger, highly classified, 691-page report on the topic highlighted recently by The New York Times (see link at left).

Daniel Ellsberg, a fellow one-time Pentagon analyst, provided that full report to the Times.  He made a photocopy of it at the same time he was secretly reproducing the Pentagon Papers in 1971.  Ellsberg posted the report on his web site in 2017 in order to encourage public discussion of the continuing dangers surrounding the status of Taiwan.

The National Security Archive obtained Halperin’s declassified summary through the Freedom of Information Act.  Over twenty years ago, the Archive had requested declassification review of the larger RAND study but the Pentagon could not find an unredacted copy of the classified version in its files.

Morton Halperin Looks Back on His Taiwan Strait Crisis Study

National Security Archive: Does this study remain relevant to the current tensions over Taiwan?

MH: The study is relevant to the current tensions over Taiwan since the ambiguity in the American commitment to the security of Taiwan continues to this day. In 1958 the United States felt it had a choice as to whether to help Taiwan defend Quemoy. Eisenhower made the decision to do so without consulting Congress or the public and appeared to be ready to use nuclear weapons. The offshore islands all remain under the control of Taiwan and the PRC might well begin its offensive by seizing the islands.

National Security Archive: When you wrote this study, what were your impressions of U.S. nuclear war plans for conflicts with China? How dangerous did you think they were?

MH: It is worth noting that the Air Force historian arranged for me to be treated as if I was an Air Force researcher and not a contractor, which gave me unusual access to internal Air Force and JCS documents both in the Pentagon and at CINCPAC in Hawaii. I also visited Quemoy and got to see for myself how close it is to the mainland.

In my view, the most illuminating part of the unredacted study is its description of the role that nuclear weapons played in the Eisenhower Administration’s military posture. As the documents I cite and quote make clear, the Administration labeled nuclear weapons as “conventional” weapons, and what we know as “conventional” weapons were called “obsolete iron bombs.” U.S. military forces including those engaged in the Taiwan Straits were equipped and trained only to fight a nuclear war and had nuclear weapons on board and ready. As the Joint Chiefs kept reminding the President, they could only fight for a few hours without using nuclear weapons.

The JCS told the President that if the PRC launched an invasion of Quemoy, the US needed to intervene immediately or the island, very close to the mainland, would fall. Eisenhower authorized the military to resist an invasion but not to use nuclear weapons without his permission. They reminded him again that once they started fighting they would quickly run out of “obsolete iron bombs” and need to use nuclear weapons.

Only the decision of the PRC to curtail the bombardment of the islands and not to invade prevented a nuclear war. We still are not certain why Mao made that decision.

Thus, our nuclear doctrine and war plans were for early mandatory first use. The posture in my view was extraordinarily dangerous. It is critical to understand that these war plans had been fundamentally changed by the time I did the research.

President Kennedy and Secretary of Defense Robert McNamara had completely altered the policy starting with the labels. Nuclear weapons were once again called “nuclear weapons.” Non-nuclear weapons were again called “conventional” weapons. The armed forces were again equipped to fight extended conventional wars. While not ruling out first use, the doctrine called for confronting military threats with the least force necessary to prevail.

National Security Archive:  Is there any valid reason for keeping your study classified so many decades later? Or is this an abuse of secrecy?

MH: There was no valid reason to keep any of the study classified when I wrote it and certainly not decades later. RAND as a government contractor has no obligation to produce unclassified versions of the classified studies it does for the government. At my request it did ask the government to do a declassification review which led to the release of all of the study save for the portions dealing with nuclear weapons. RAND was in no position to challenge the decision to keep the nuclear portions secret.

(Interviewed by William Burr, The National Security Archive, May 26, 2021)

At a time when there was considerable interest within the U.S. government in crisis management, Morton Halperin, then assistant professor of government at Harvard and a part-time consultant with RAND, prepared a study on the 1958 Taiwan Strait Crisis. The study was requested by the Office of the Assistant Secretary of Defense for International Security Affairs. The resulting 691-page top secret report was published in December 1966 (and is available online), but even before Halperin had finished its details, he prepared a summary, what he called a “condensation,” which RAND published in January of that year.  With sensitive details omitted and a lower classification it could have a wider readership in the government.   The Defense Department declassified the summary in 2001.

The focus of Halperin’s study was U.S. decision-making, policy implementation, and military actions during the crisis, but Halperin made use of Chinese and Soviet newspapers and radio broadcasts and U.S. intelligence reporting to provide a sense of policy developments on the “other side.” He also covered, to the extent possible, U.S-Chinese interactions and Chinese-Soviet relations during the crisis.

Halperin’s summary conveyed the grave danger of the crisis: “because of the consequences that were thought to attend the loss of Quemoy, the United States came fairly close to using tactical nuclear weapons, despite opposition to its policy by most of its allies and many in the United States” (p. 45).   Moreover, even though Eisenhower had ordered, to the consternation of Air Force leaders (discussed in the full study), that conventional not nuclear weapons would be used first in a military confrontation with China, according to Halperin the “discussions in which he participated and the memorandums which he signed left little doubt in the minds of other officials that he was prepared to use nuclear weapons.”

Aggravating the danger was that during the crisis, Washington assumed “that a nuclear attack against the Chinese mainland would be returned in kind by the Sino-Soviet bloc.” Although some had argued that there were significant disagreements between Beijing and Moscow during the crisis, Halperin used the available (admittedly scanty) evidence to argue that this was “probably one of the last instances of close Sino-Soviet cooperation in international political maneuvering.” Indeed, recent research has indicated that if tensions escalated to the point that the U.S. attacked the interior of China, Mao wanted Moscow to use “all means at its disposal” to strike the United States. Yet, despite the demonstrations of solidarity, tensions secretly emerged during the crisis: Mao had kept Soviet leaders in the dark about his decisions on the shelling of Jianmin and Moscow worried that “Beijing’s provocation might get out of control” and spark a nuclear conflagration.

Risk of Nuclear War Over Taiwan in 1958 Said to Be Greater Than Publicly Known
The New York Times
May 22, 2021

New Evidence on the Origins of Overkill
October 1, 2009