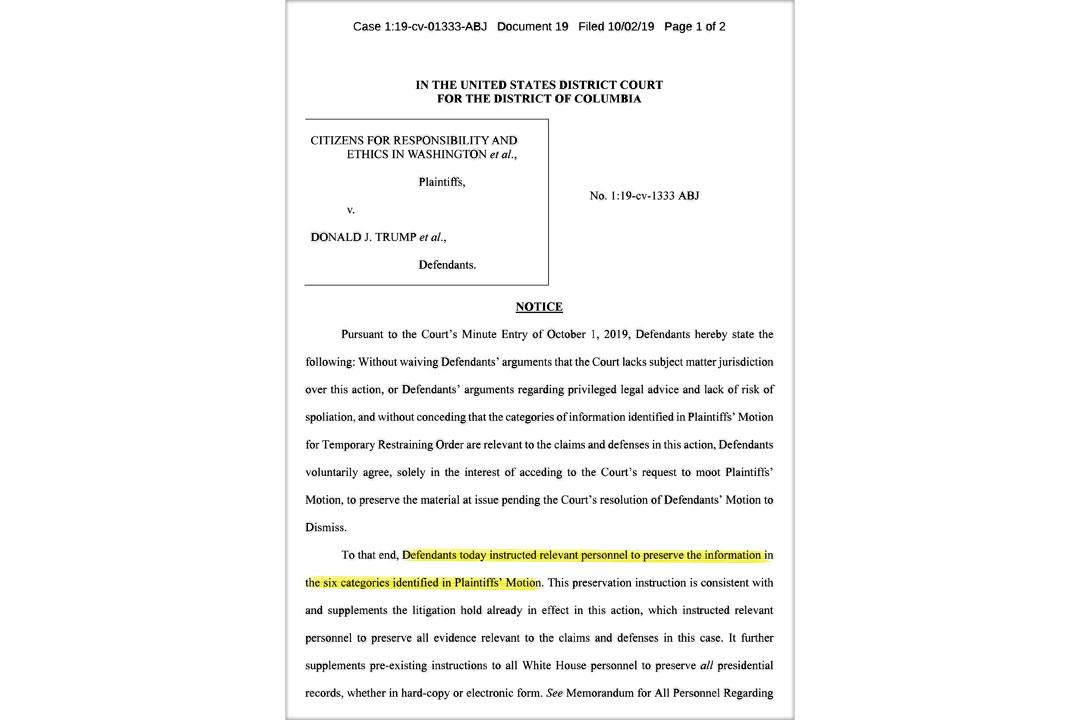 Washington, D.C., October 2, 2019 – The Justice Department has pledged that the White House will preserve records of President Trump’s conversations with foreign heads of state while a federal judge considers a lawsuit under the Presidential Records Act (PRA).

Justice gave its assurances one day after the three plaintiffs in the suit – the National Security Archive, CREW, and the Society for Historians of American Foreign Relations – asked the judge in the case for a temporary restraining order (TRO) to prevent the possible destruction of historical records in violation of the PRA.

The lawsuit was filed in May 2019 but the TRO request followed a recent whistleblower complaint about the administration’s interactions with the government of Ukraine that the plaintiffs said raised serious concerns about White House attempts to hide controversial actions.

Links to the original complaint, the TRO request, and related media coverage appear elsewhere on this page.