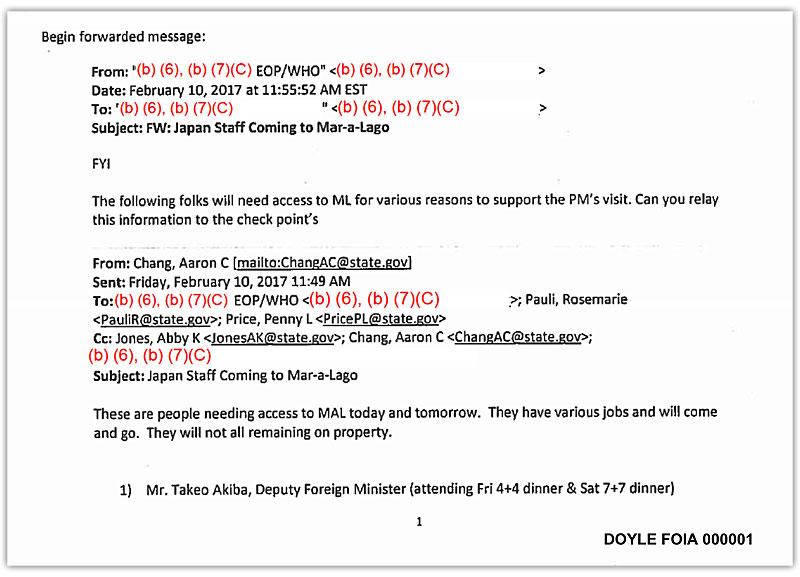 "The White House Says It Doesn’t Keep a List of Mar-a-Lago Visitors. Experts and Visitors Are Skeptical," by Leora Smith and Derek Kravitz, ProPublica, October 16, 2017.

"Trump Declines to Release List of His Visitors at Mar-a-Lago" by Eric Lipton, The New York Times, September 15, 2017

Access to the Obama visitor logs helped break a number of news stories, including on the influence of lobbyists. One story revealed that then-CEO of Exxon, Rex Tillerson, visited the Obama White House at least 20 times in 2014 to advocate against Russia sanctions. In another example, the logs raised questions about the clout of high tech firms, particularly Google, in the Obama administration; one article on “Google’s Remarkably Close Relationship With the Obama White House” showed that Google lobbyist Johanna Shelton visited the White House no fewer than 128 times, far more than her peers from other tech companies, and that “Between January 2009 and October 2015, Google staffers gathered at the White House on 427 separate occasions.”

Washington, D.C., September 15, 2017 - The Department of Homeland Security today released exactly two pages of Mar-a-Lago presidential visitor records in response to a Freedom of Information Act (FOIA) lawsuit brought by the National Security Archive, together with the Knight First Amendment Institute at Columbia University and the Citizens for Responsibility and Ethics in Washington (CREW).

The only document the government released concerns the visit of Japanese Prime Minister Shinzo Abe - this after telling Judge Failla and the plaintiffs that DHS would produce all the visitor logs.

"The government misled the plaintiffs and the court," commented the National Security Archive’s Director Tom Blanton. "I can only conclude that the Trump White House intervened and overrode career lawyers."

The release, initially planned for September 8, comes one week behind schedule. Last Friday government lawyers requested a one-time extension for final review for the records.

President Trump spent 14 days at Mar-a-Lago over four separate visits during the first six weeks after Inauguration Day 2017, which is the period covered by the plaintiffs’ initial FOIA requests, including headline-making meetings with Japanese prime minister Shinzo Abe, among others.

The suit, Doyle et al. v. DHS, was filed on April 10, 2017, in the federal District Court for the Southern District of New York. It seeks the Secret Service's White House visitor logs covering Inauguration Day through March 8, along with Secret Service records of presidential visitors at other Trump properties.

“The Obama administration released this data for seven years,” says the National Security Archive’s Kate Doyle, senior analyst working on US-Latin America policy. “But the Trump White House pulled all this information from the web and stuck it under a rock.”

Doyle, together with the Archive, the Knight Institute, and CREW, has since submitted new FOIA requests to the Secret Service for the presidential visitor records to Trump Tower and the five additional Trump golf clubs the president has visited through August.

The government has until the end of September to file declarations concerning the White House visitor logs, which remain at issue in the case.

“The Secret Service’s job vetting who visits the President doesn’t end when Trump goes golfing or visits one of his properties,” says Blanton. “And the public has a right to know who lobbies the President, whether it’s at the White House or the ‘Winter White House’ or the 18th hole.”

The presidential visitor records for Mar-a-Lago released in response to a FOIA lawsuit brought by the National Security Archive, together with the Knight First Amendment Institute at Columbia University and the Citizens for Responsibility and Ethics in Washington (CREW).

Complaint for injunctive and declaratory relief in Doyle et al. v. DHS, filed in the United States District Court for the Southern District of New York on April 10, 2017.

Kate Doyle’s February 24, 2017, FOIA appeal to the Secret Service concerning her January 23, 2017, FOIA request for the White House visitor logs covering Inauguration weekend, for which she received no response.

Justice Department’s September 3, 2009, letter to CREW’s Anne Weismann, Esq. summarizing the settlement of various FOIA and FRA lawsuits brought by CREW, noting that the following week the White House would announce a voluntary disclosure program, “pursuant to which visitors to the White House and the Vice President’s Residence will be publicly disclosed (subject to certain narrow exemptions).

Amicus brief of the Citizens for Responsibility and Ethics in Washington in Support of the Appellee, Judicial Watch v. United States Secret Service, May 8, 2012. 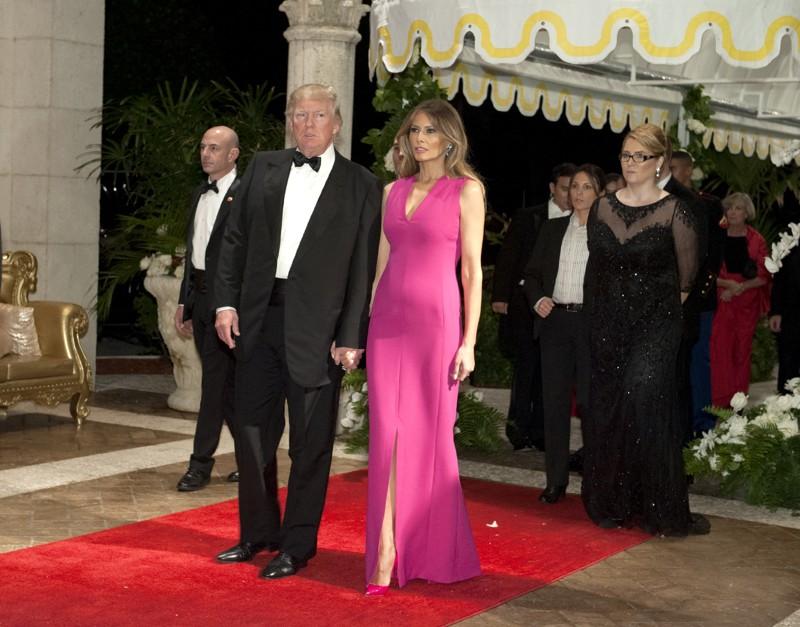 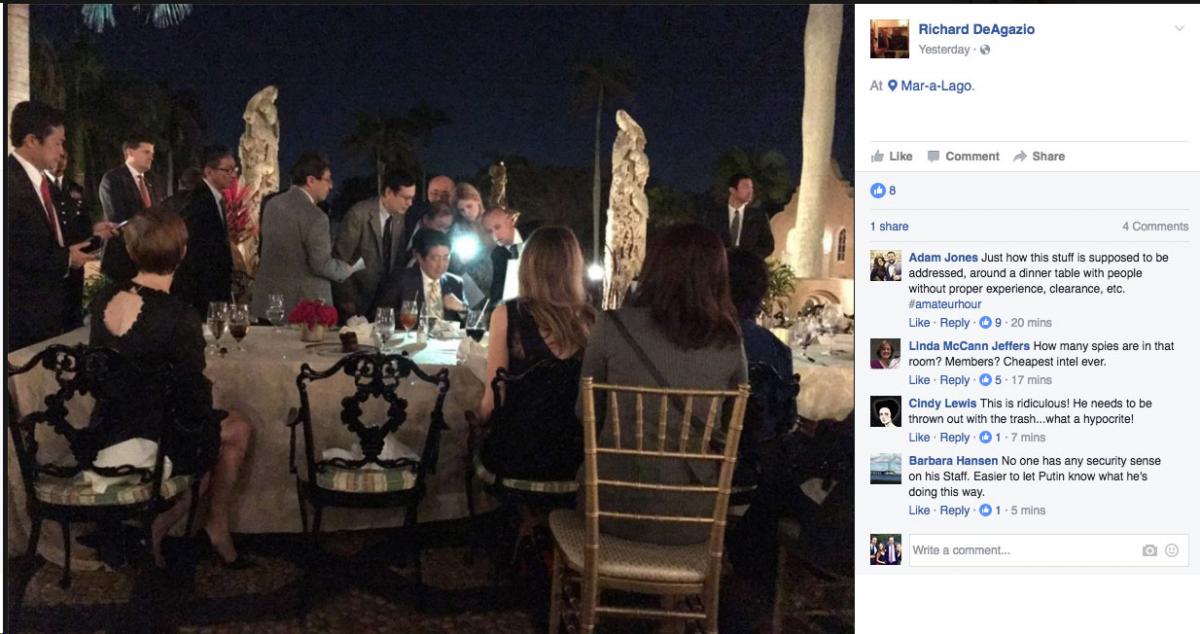 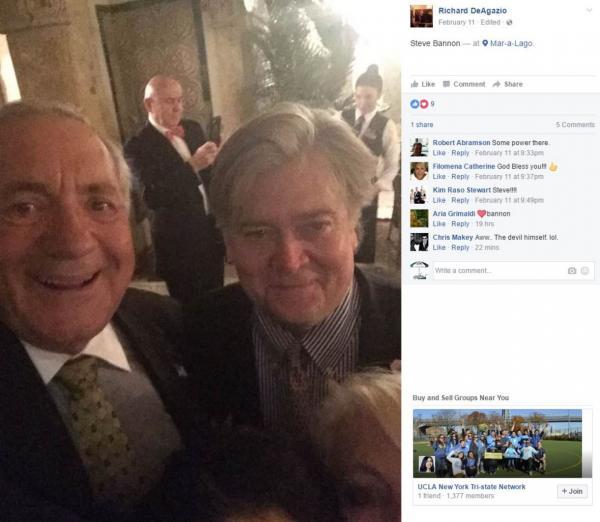 Another DeAgazio picture with Steve Bannon 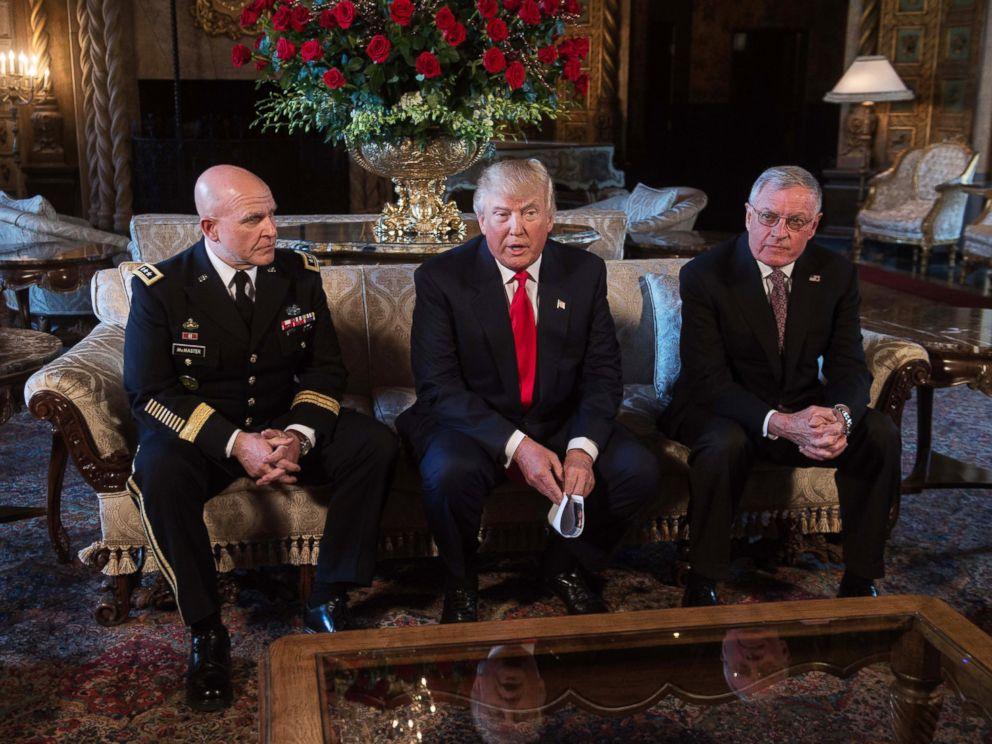 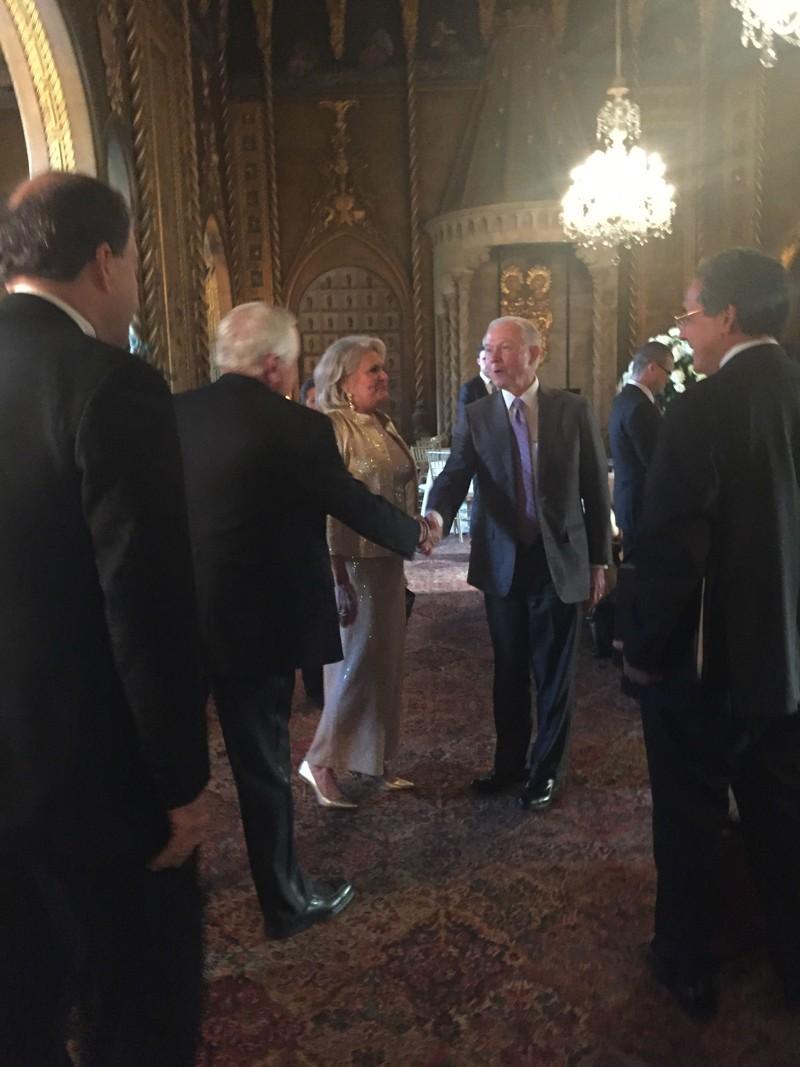