The Vela Flash: Forty Years Ago

Controversy Hovers over Possible Nuclear Signal Detected in South Atlantic in 1979; Israeli or South African Origin Suspected by Some Experts – and President Carter

CIA Saw “Probability of a Nuclear Test as 90% Plus,” According to Newly Posted Document

The Vela Incident: Nuclear Test or Meteoroid?
May 5, 2006

Prince Edward and Marion Islands, South African territory not far from Antarctica. According to Jack Varona, a senior official with the Defense Intelligence Agency, hydroacoustic data analyzed by the U.S. Naval Research Laboratory strongly indicated signals that were “unique to nuclear shots in a maritime environment.” The source of the signals was the area of “shallow waters between Prince Edward and Marion Islands, south of South Africa.”

Washington D.C., September 22, 2019 – An unidentified flash on 22 September 1979 in the far South Atlantic had a “90% plus” probability of being a nuclear test, according to a CIA finding from later that year. The document, among others uncovered recently through archival research, adds significant weight to the argument that the flash, detected by a U.S. VELA satellite, was not a natural event, as White House science advisers later insisted.

On the fortieth anniversary of the Vela incident, the National Security Archive supplements its earlier postings with documents recently obtained from the Jimmy Carter Library.

The collection includes new information on scientific intelligence provided by the Arecibo Observatory (Puerto Rico) concerning an ionospheric disturbance on 22 September that corresponded to similar evidence from Soviet nuclear tests in the  early 1960s.

The documents also put an unflattering cast on the methods of White House science experts who discounted the views of the intelligence agencies, eventually agreeing to hear them out only so “we can more safely ignore them later.” While chief White House scientist Frank Press argued that the intelligence community had no convincing case, recent scientific studies suggest that the case for a nuclear event interpretation is formidable.

Forty years ago, on 22 September 1979, the bhangmeters on a U.S. VELA satellite picked up signals that were initially interpreted as most likely originating from a nuclear test in the far South Atlantic but which a high-level White House panel chaired by MIT professor Jack Ruina later interpreted as more probably the result of a non-nuclear event (e.g., a striking meteoroid) on or around the satellite. That view became the semiofficial public interpretation but it was contested and controversial. By contrast, according to a White House report published today by the National Security Archive, the Central Intelligence Agency had “assessed the probability of a nuclear test as 90% plus.” [See Document 5]

The CIA and White House science advisers raised their views almost entirely within the walls of government secrecy. In the intervening decade bits and pieces on the Vela incident—and the controversy over it—started to get declassified. Besides the CIA estimate of high probability, another release, a November 1979 memorandum from the Department of Energy included data from the Arecibo Ionospheric Observatory in Puerto Rico on an ionospheric disturbance that some interpreted as corroborating evidence of a nuclear explosion [See document 2].

Today’s posting introduces for the first time previously declassified but obscure and previously unpublished documents from the Jimmy Carter Presidential Library and Museum. Collectively shedding light on the controversy over the Vela flash, the new documents supplement the two major collections published by the National Security Archive in 2006 and 2016.

These documents confirm that a number of senior government officials at the Energy Department, the Defense Department, Defense Intelligence Agency, and the CIA, among others, held the view that a nuclear explosion had taken place on 22 September 1979. Nevertheless, White House scientific advisers and officials were so strongly committed to the Ruina panel's non-nuclear interpretation that they dismissed alternative explanations. They only agreed to hear out the views of dissenting officials “so that we can more safely ignore them.” [See Document 5]

In recent years, the Ruina panel’s arguments have come under critical scrutiny with scientists in the security studies field systematically reinterpreting the Vela data to make the case for a nuclear event. In recent publications, Lars-Erik De Geer (Swedish Defence Force Institute) and Christopher M. Wright (Australian Defence Force Academy) reviewed the publicly available evidence and concluded that the argument for a nuclear explosion is “founded upon three pillars, which include the original optical signal, the iodine-131 evidence, and the hydroacoustic signal.” According to De Geer and Wright, each of the pillars “by itself, is a strong indicator of a nuclear explosion.” For example, they found that the Vela signals provided stronger evidence of a test than the Ruina panel would credit. They further argued that the hydroacoustic data indicated that the test took place on or around the barren Prince Edward Island, some 955 nautical miles off the southern coast of South Africa.[1]

If the Vela sensors did detect a nuclear explosion, who set it off has also been a matter of speculation and controversy. A leading theory, advanced by former Senate staffer Leonard Weiss and others, is that it was an Israeli test conducted with South African logistical assistance.[2] In a major report the CIA also looked at scenarios involving both Israel and South Africa, among other countries, but its conclusions remain classified. President Jimmy Carter shared the view that Israel most likely played a lead role. On 27 February 1980, he wrote in his diary that “We have a growing belief among our scientists that the Israelis did indeed conduct a nuclear test explosion in the ocean near the southern end of South Africa.” [3]

By now, forty years later, it is clear enough that South Africa could not be a suspect.  South Africa was not in a position to conduct such a test, as former South African scientists openly acknowledged years later. Israel, although presumably assisted by the South Africans, remained the sole suspect.[4]

It would be worth knowing which scientists President Carter had in mind, because the Ruina panel would have strongly disagreed with his assessment. He may have become acquainted with scientific intelligence reports as part of his daily briefing, but what they were is unknown. With major studies still classified, such as a critically important report by the Naval Research Laboratory (which the NRL cannot locate) and CIA studies as well as White House files still under declassification review or under appeal, much remains to be learned about U.S. government intelligence collection and analysis as well as the role that politics and diplomacy played in internal discussions of the Vela incident.. 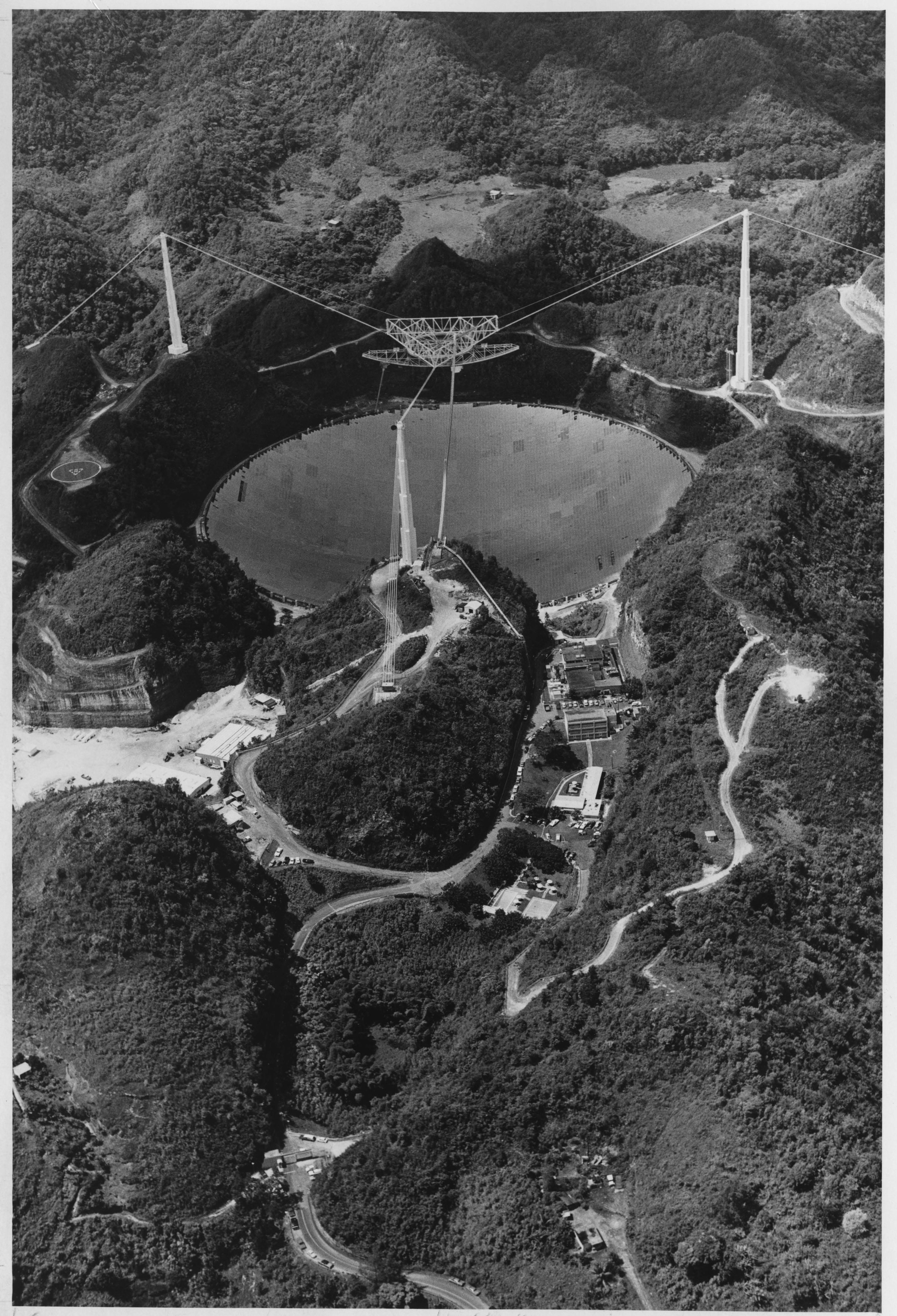 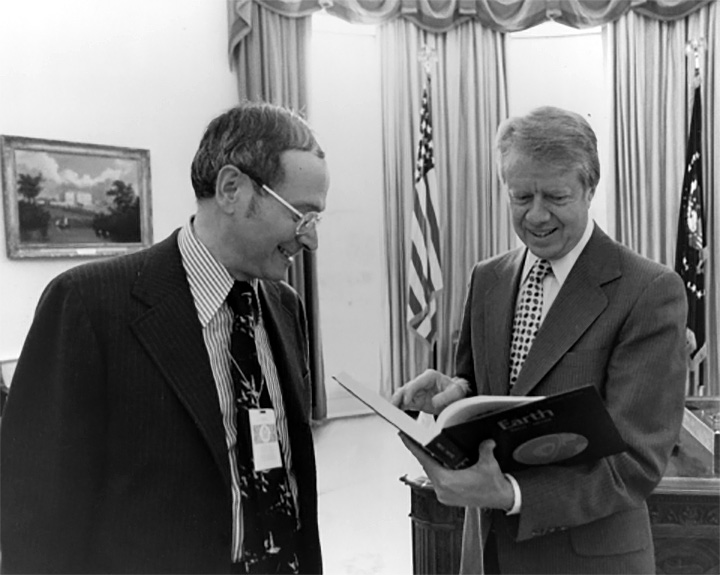 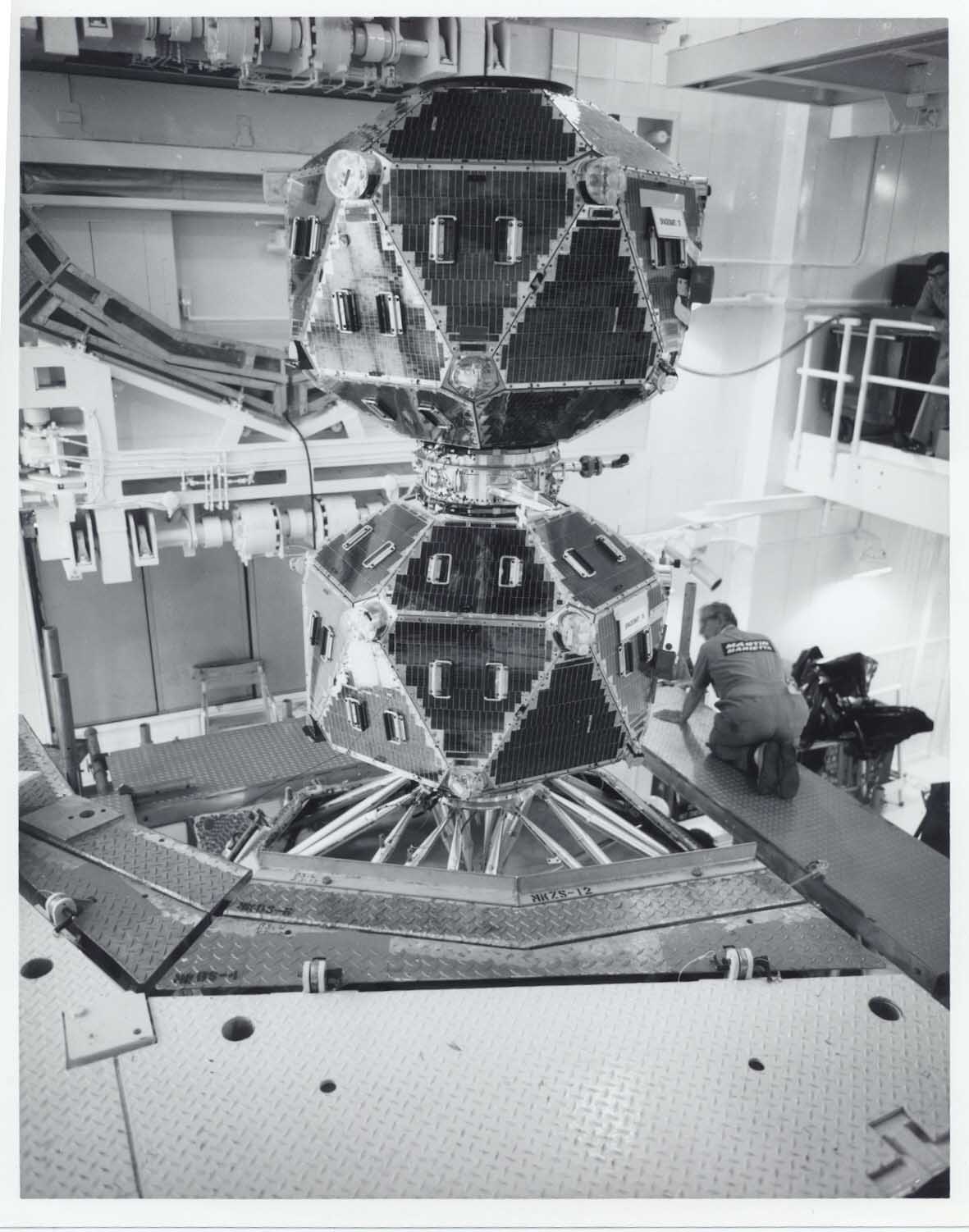 A pair of Advanced VELA satellites shown stacked for launch by a Titan IIIC missile in May 1969. VELA satellites of this type carried the bhangmeters that spotted controversial flashes of light on 22 September 1979.  Image from Los Angeles Air Force Base, U.S. Air Force Photo.