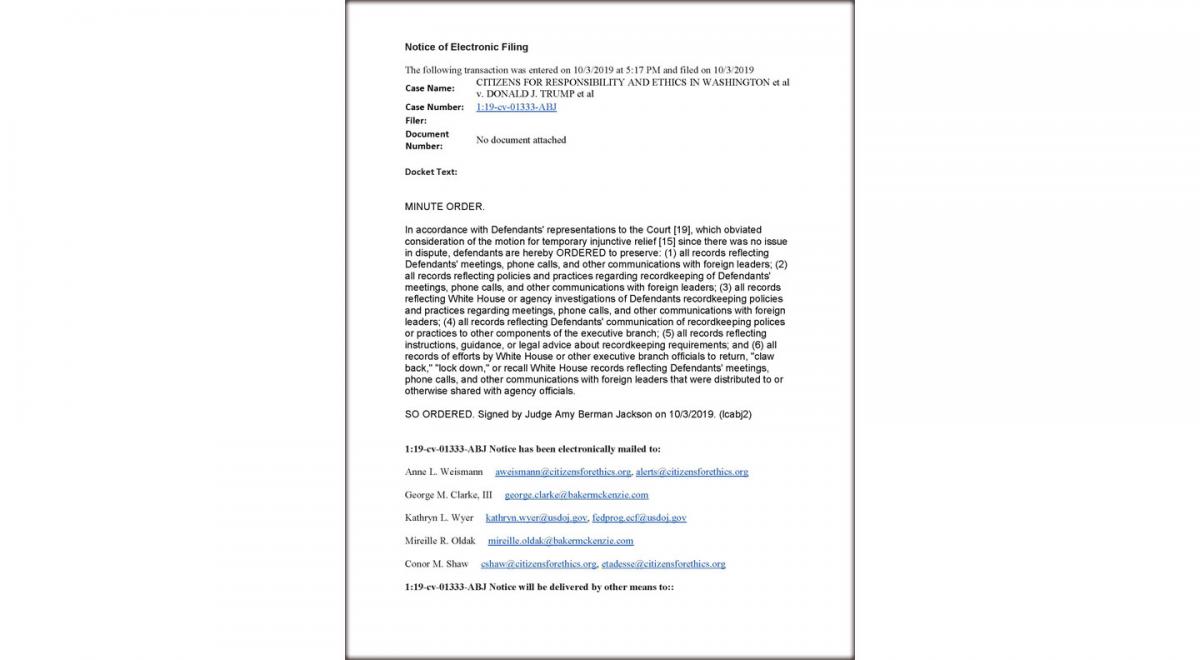 Washington D.C., October 4, 2019 — U.S. District Judge Amy Berman Jackson yesterday ordered the White House to preserve all records relating to meetings and phone calls with foreign leaders, as well as all records on White House practices and policies for creating and keeping such records.

The unexpected order came in response to the lawsuit brought by Citizens for Responsibility and Ethics in Washington (CREW) together with the National Security Archive and the Society for Historians of American Foreign Relations, filed in May 2019, seeking a declaratory judgment that the Presidential Records Act required President Trump to create and preserve records of his conversations with foreign leaders.  Press reports had indicated that no such records existed for at least five meetings with Russian President Vladimir Putin, one meeting with North Korean leader Kim Jong Un, and a meeting with Saudi Arabian Prince Mohammad Bin Salman.

Allegations in the whistleblower complaint released last week by the Congress alerted the plaintiffs to possible abuses of White House record keeping related to the phone call with Ukrainian President Zelensky earlier this year.

On Tuesday, October 1, the Archive, CREW and the historians filed a motion in court for a Temporary Restraining Order to compel the White House to preserve any records of head-of-state conversations, and to preserve any records of record-keeping policies and practices.  The Justice Department opposed the motion and in the first round of conversation with the judge, refused to provide any assurances that such records were being saved.

On Wednesday, October 2, the Justice Department reversed course and provided the court with a Notice that it had instructed "relevant personnel to preserve the information in the six categories identified in Plaintiffs' Motion."  At that point, the court could simply have decreed the motion moot.

Instead, Judge Jackson raised the stakes in the case by memorializing in a formal court order the six categories of information the Plaintiffs sought to preserve. 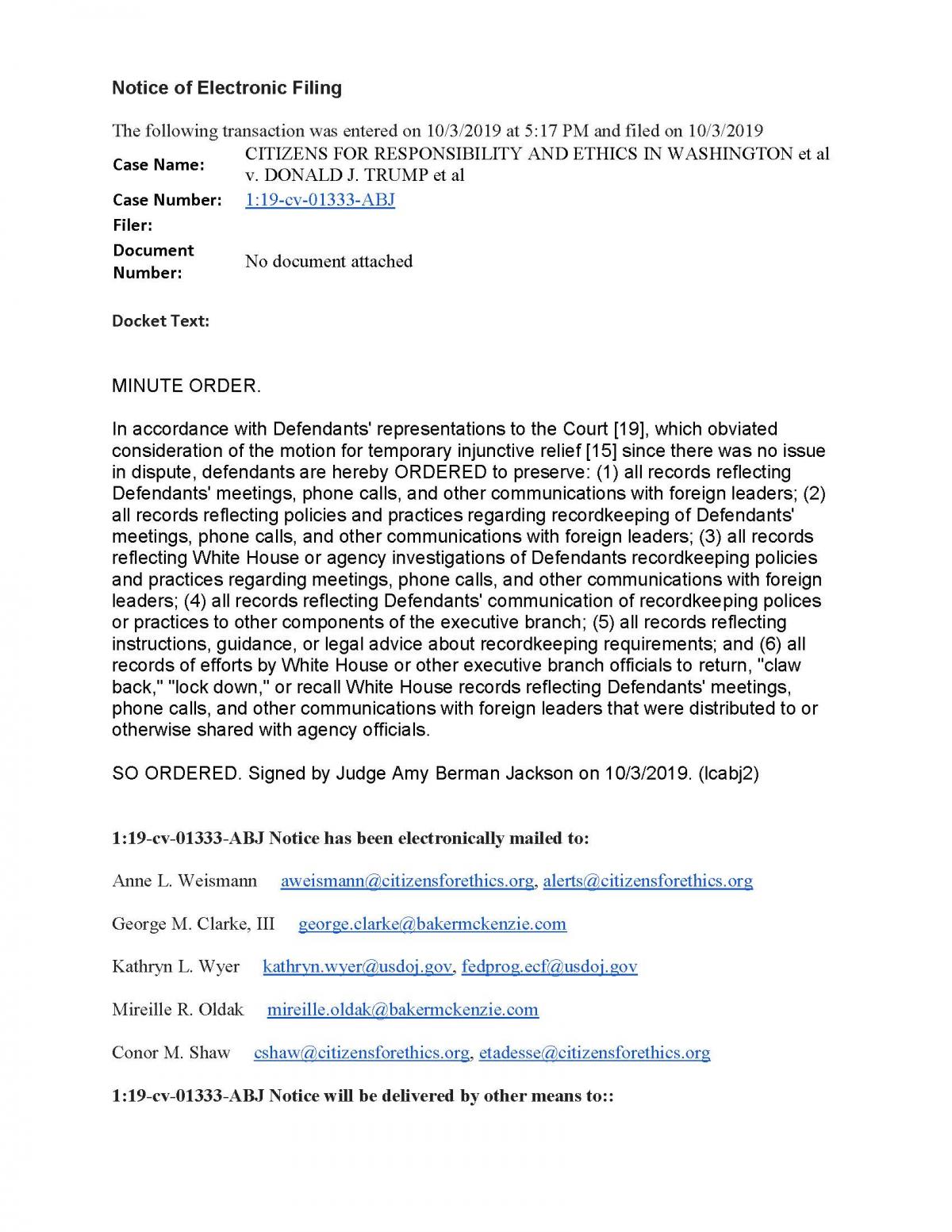