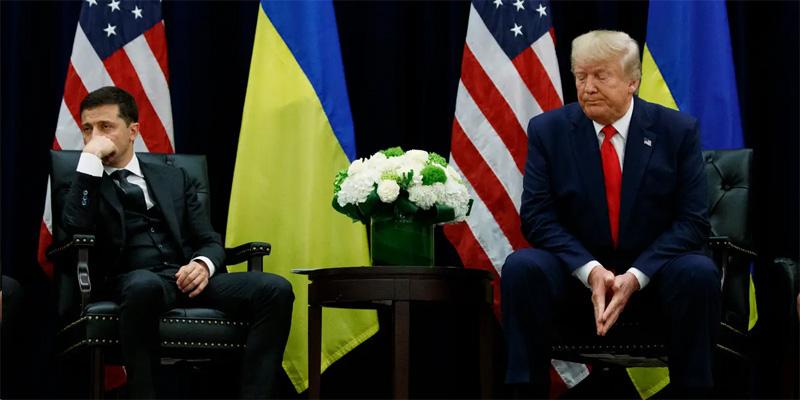 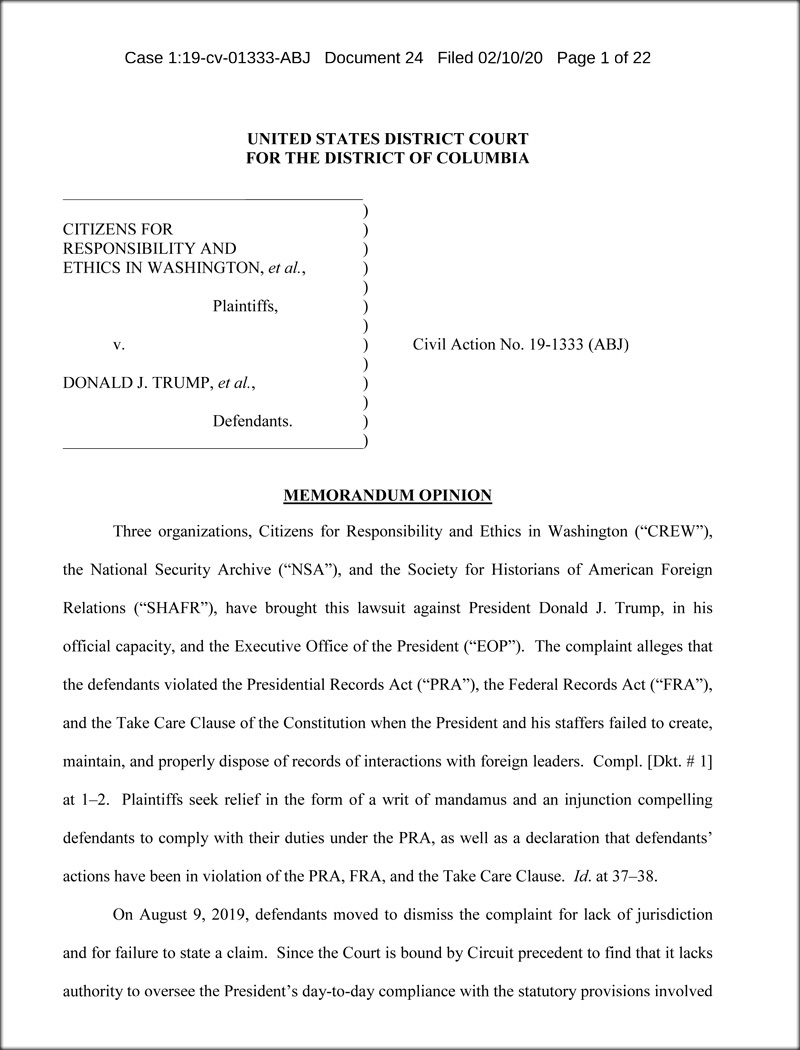 Washington, D.C. February 11, 2020 - U.S. District Judge Amy Berman Jackson made clear yesterday that her ruling in the Archive’s lawsuit seeking to compel the White House to preserve records “should not be interpreted to endorse” the White House’s records-keeping practices, “nor does it include any finding that the Executive Office is in compliance with its obligations.”

Judge Jackson dismissed the suit, brought by the Citizens for Responsibility and Ethics in Washington (CREW), together with the National Security Archive and the Society for Historians of American Foreign Relations, on the grounds that Circuit precedent finds that courts lack the authority to review the chief executive’s “day-to-day compliance” with the Presidential Records Act.

As stated in her ruling, “the PRA gives neither the Archivist [of the United States] nor the Congress the authority to veto the President’s decision” to destroy records – or in this instance, fail to create the records in the first place. Jackson also makes clear that Congress must step in to address this outdated loophole, noting “it is Congress that has the power to revisit its decision to accord the executive such unfettered control or to clarify its intentions”. Read the ruling in its entirety here.

The Archive, CREW, and SHAFR filed the suit in May 2019 on the heels of news reports that the Trump administration excluded note takers in multiple meetings with foreign heads of state. For example, The New York Times on January 15, 2019 headlined "Trump and Putin Have Met Five Times, What Was Said Is a Mystery."  The Associated Press reported on February 27, 2019, "Trump-Kim go one-on-one: Who will know what was really said?"

On October 1, 2019, the plaintiffs filed a motion for a Temporary Restraining Order to compel the preservation of any records of head-of-state conversations, and to preserve any records of record-keeping policies and practices, after Congress released the whistleblower complaint at the heart of the impeachment inquiry. The complaint alerted the plaintiffs to possible abuses of White House record keeping related to the phone call with Ukrainian President Zelensky. Judge Jackson issued a temporary restraining order on October 3.

The Archive, CREW, and SHAFR will appeal the ruling.